Words and photos by Adam Kingman.

You are here.The Milky Way is a barred spiral galaxy, 100,000 light years across, with four large arms wrapping around it in a colossal celestial hug. Between the Perseus and Sagittarius arms, you’ve got the Orion arm, containing our sun and the solar system. We’re about 30,000 light years away from the galactic bulge at the galaxy center. Hidden inside the center is monstrous black hole, one billion times bigger than our sun. No has actually ever seen this black hole, but we can observe the gravitational effects warping the atmosphere around it. 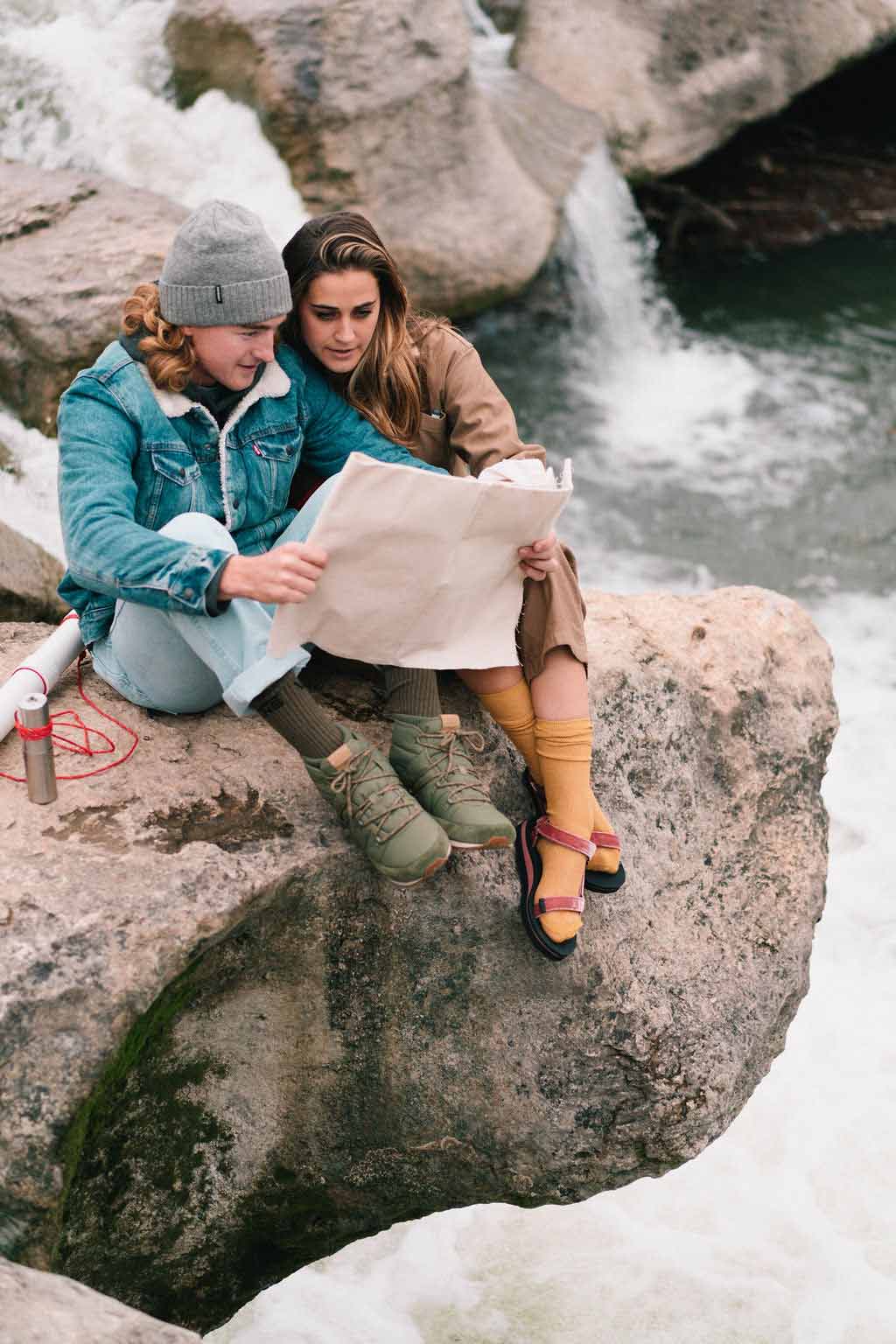 If you’re reading this, it is safe to assume you’ve made yourself comfortable on a lovely little planet we call Earth. Our home is the third planet from the sun in our solar system in this beautiful Milky Way Galaxy. For as long as we’ve been alive, we’ve been surrounded by over 100 billion stars in our galaxy. And the winter season is the perfect time to go out and gaze at them. So slide on your cozy Teva Ember Moc Wool shoes, grab a star map, drive somewhere dark, and look up. Here’s what to know about the sky above you. 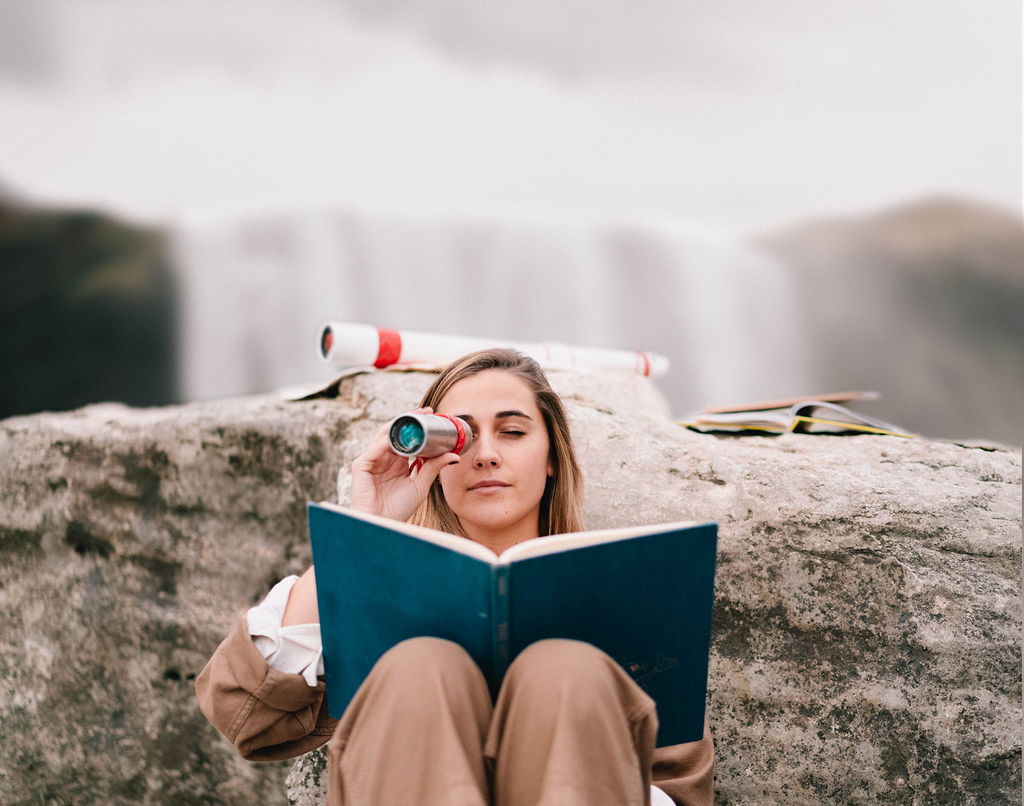 Life of a Star

Almost every star we can see is bigger and brighter than our sun (which is also a star). Stars are born in batches in stellar nurseries. Triggered by a supernova shockwave, Hydrogen gas collapses in space and gradually divides in to knots of matter, each one with potential to be a new star system. This nebula then flattens into a disc, and eventually gets hot enough to trigger nuclear fusion and, like Lady Gaga, a star is born. 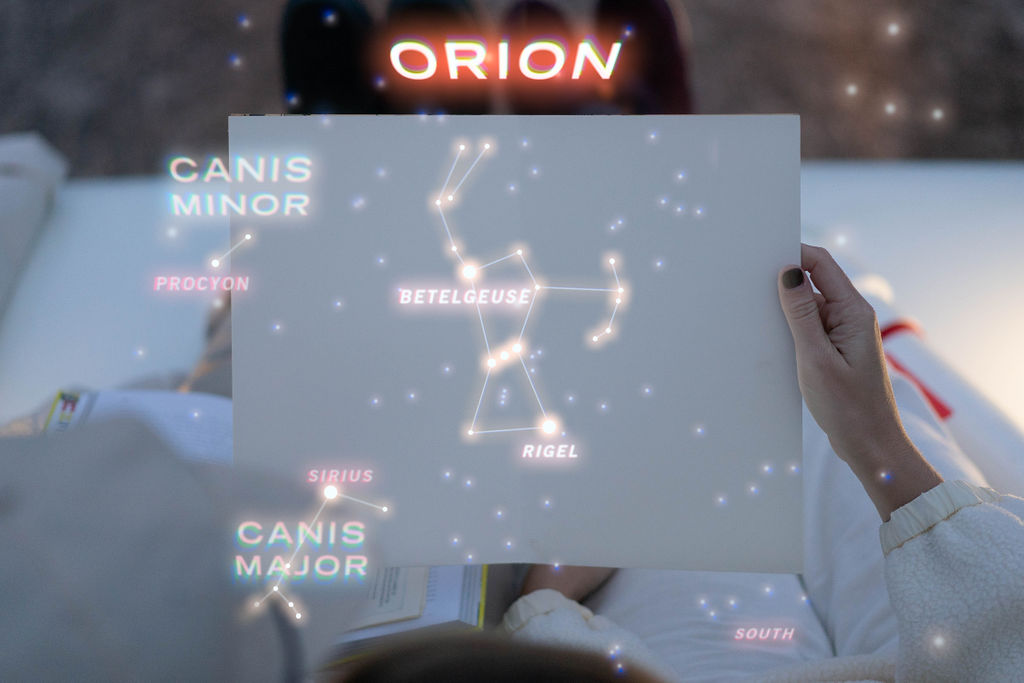 The Orion constellation is the one of the brightest and most familiar constellations in the night sky. On a clear winter night, face south southeast and look for three bright stars in a row. In the first quadrant of the northern hemisphere between latitudes +85° and -75°, you’ve got Orion’s belt. Orion lies on the celestial equator, and contains two of the ten brightest stars in the sky; Rigel and Betelgeuse. 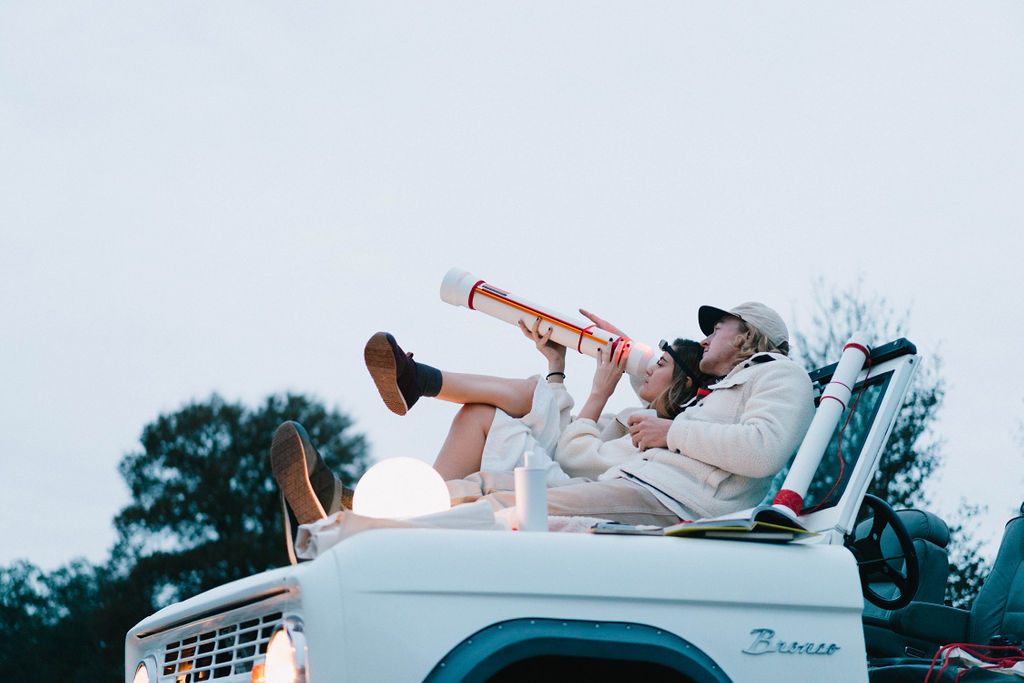 Orion the Hunter lived an epic life with his two dogs, Canis Major and Canis Minor. But one fatal sting by a scorpion ended his life, so the Scorpio constellation was placed on the other side of the sky so it would never bother Orion again. When Scorpio rises in the sky, Orion sets below the horizon in the west (see ya). 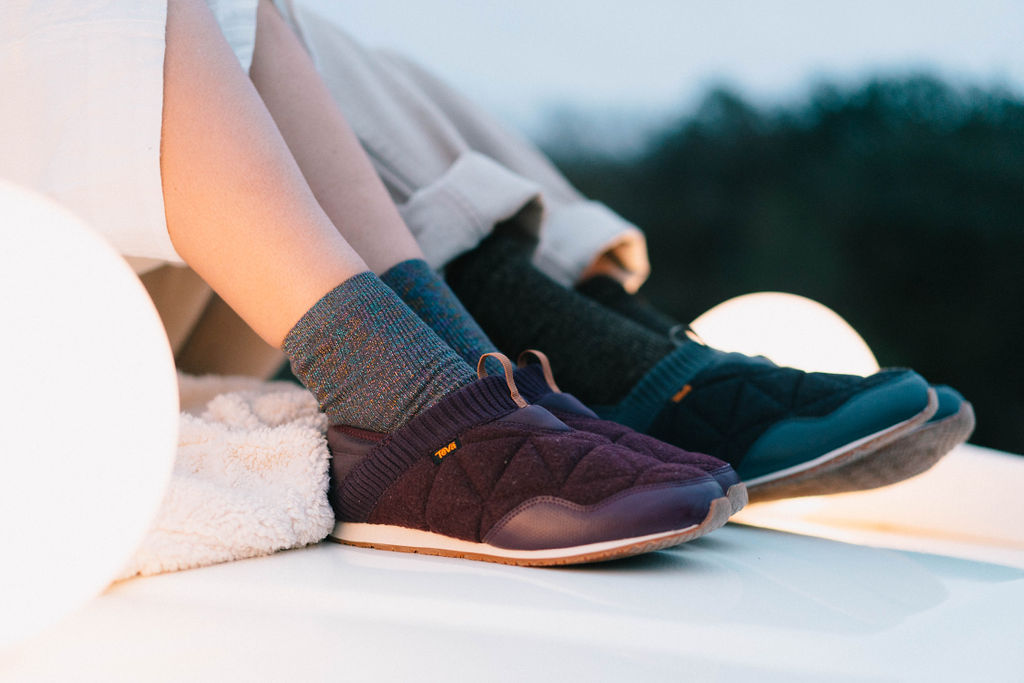 Sirius twinkles and flashes so rapidly that it often gets called in as a UFO. Twinkling has nothing to do with the stars themselves — that’s actually just light passing through Earth’s turbulent atmosphere, bouncing through so many different density layers of atmosphere. This pinball effect results in that twinkling. 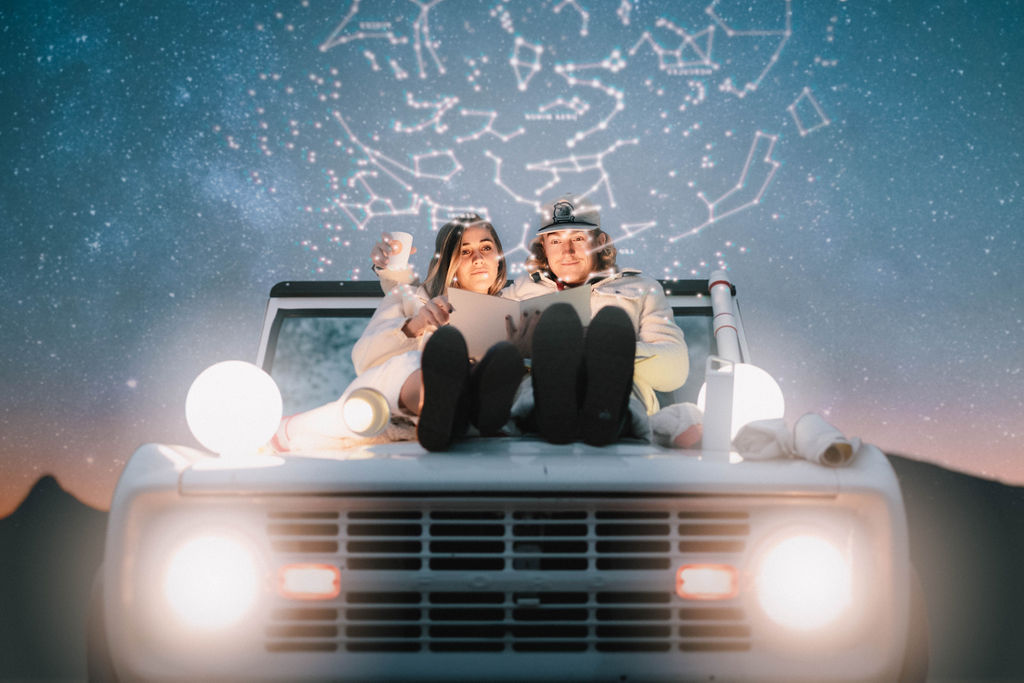 A light year is how we measure astronomical distances, equivalent to the distance light travels in a year. Give or take six trillion miles. The speed of light works out to be 700,000,000 mph. We could circumnavigate the globe seven times in a one second going that fast. It takes eight Earth minutes for light to travel from the sun to our face. That Sirius constellation you’re looking at is eight years old. A good reminder to look up more often — you never know what you might miss if you don’t. 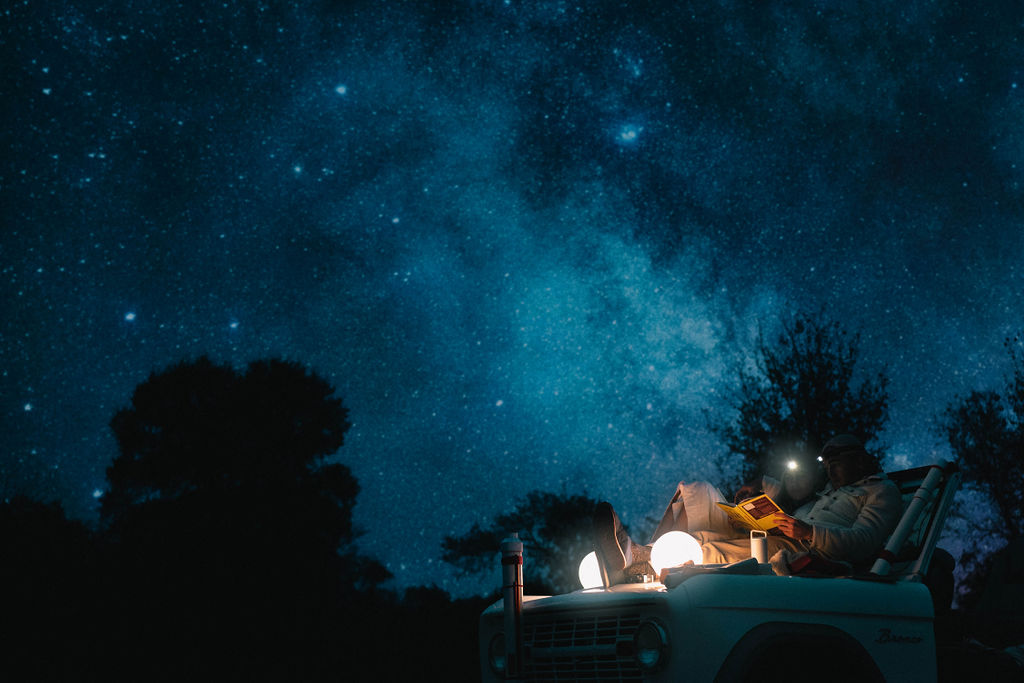 Shop the Teva Ember Moc Wool and other winter styles with our Holiday Gift Guide at Teva.com.