Every year for my birthday, I take a trip to a place that inspires me. In the last ten years I’ve lived in California, I’ve spent seven of them in Yosemite, one in the Redwoods of California, and two in the Eastern Sierras. This year, instead of car camping like I had done in year’s past, I decided to backpack into the mountains I love so dearly.  Backpacking isn’t for everyone and I wanted to keep this trip intimate so I brought along five dear friends to celebrate a new year of life in the fresh mountain air.

“I had hyped this trip up so much and my friends had invested in backpacking gear. We had to get that permit.”

These friends of mine were complete newbies to backpacking, but all experts in car camping, so I knew that once they got on the trail that they’d become experts in backpacking, too. I left early for Lone Pine, California, so I could get there before Labor Day weekend in order to score a wilderness permit for the backcountry. I had a backup plan to camp in the Alabama Hills, but I’d done my research and found a trailhead that was rumored to be only moderately used, so I thought the chances of getting into the backcountry might be in our favor. The catch: they only allow ten people per day to camp overnight. I had hyped this trip up so much and my friends had all invested in new backpacking gear — we had to get that permit! 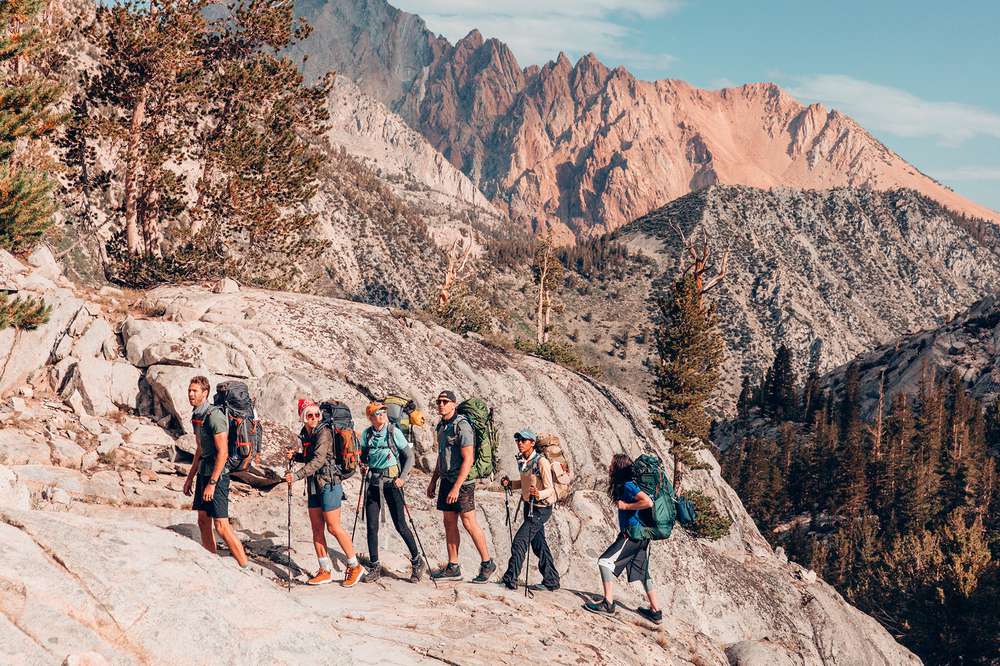 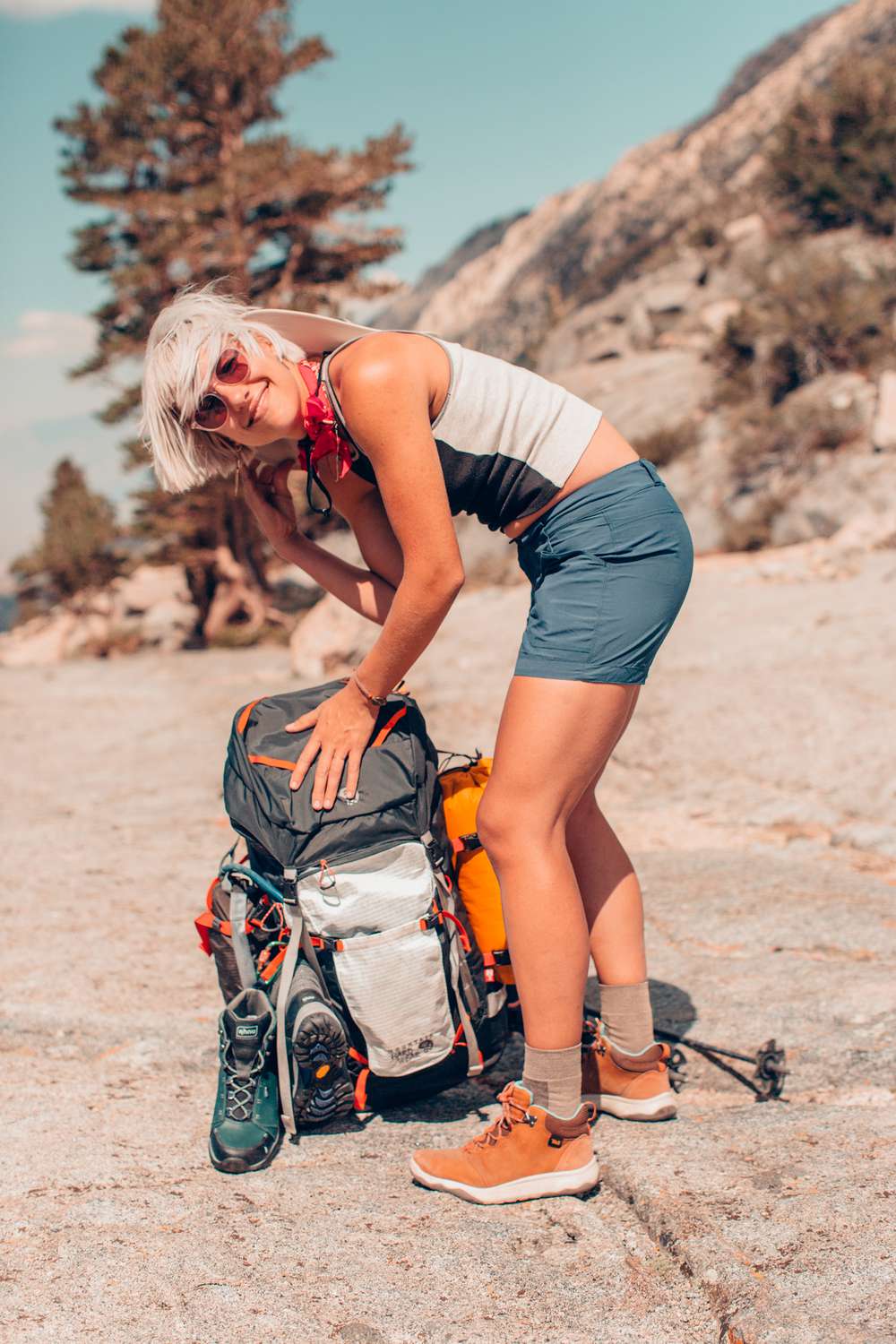 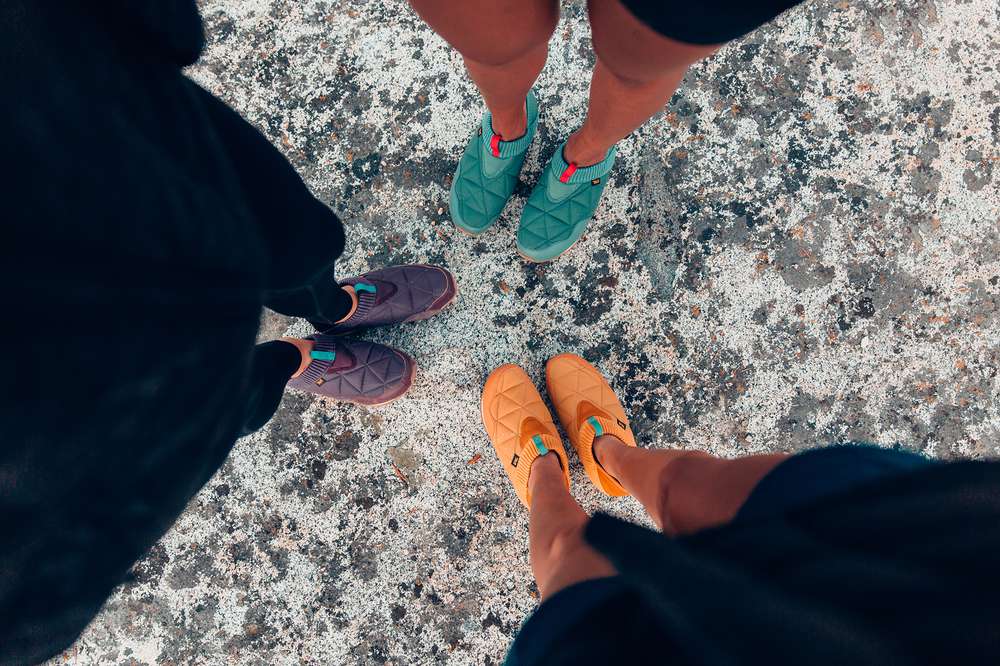 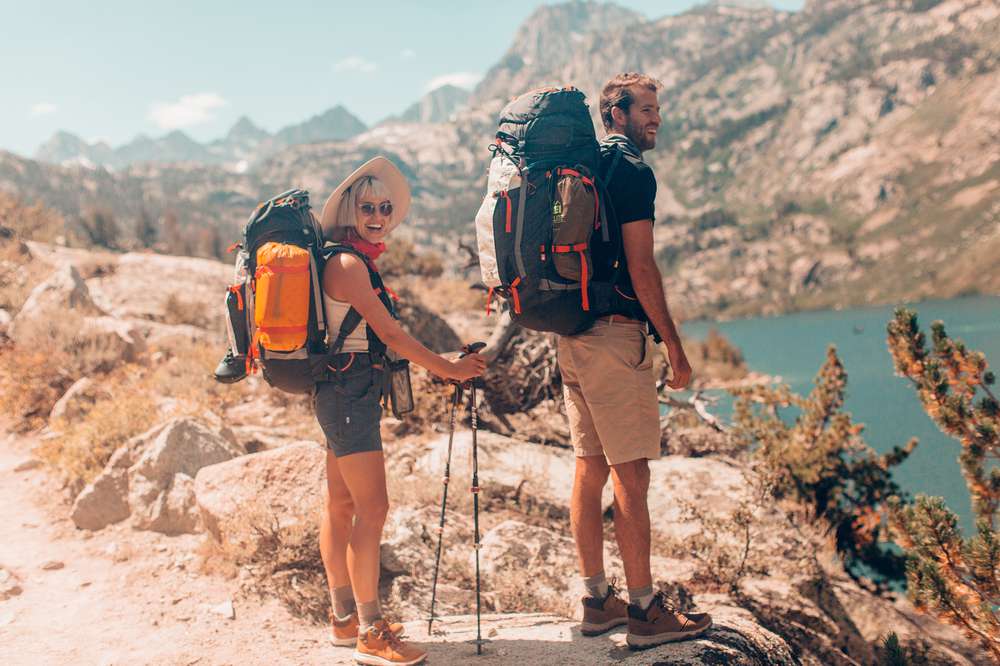 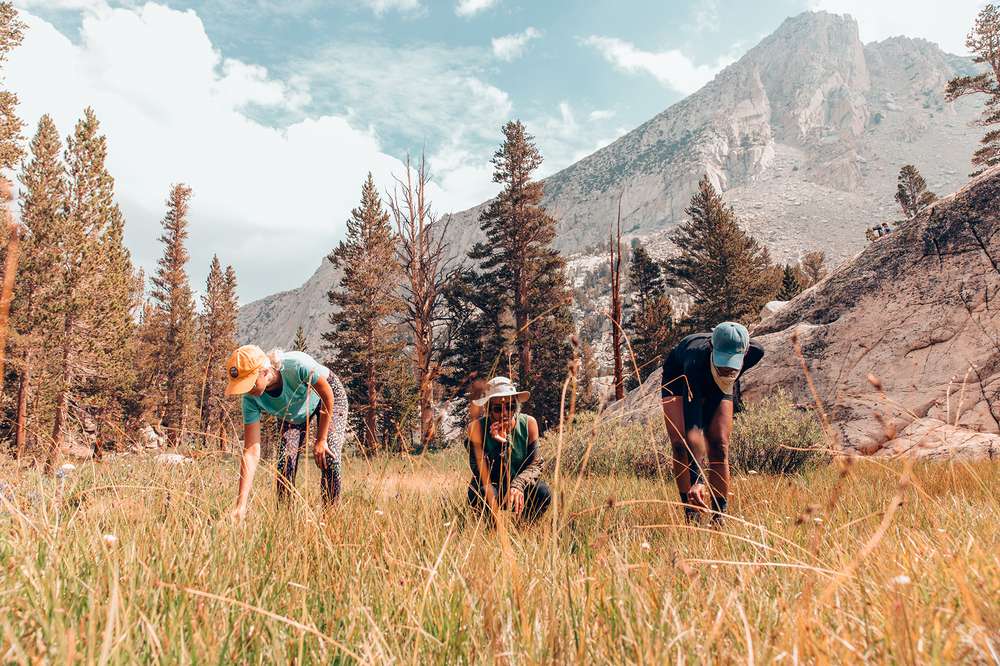 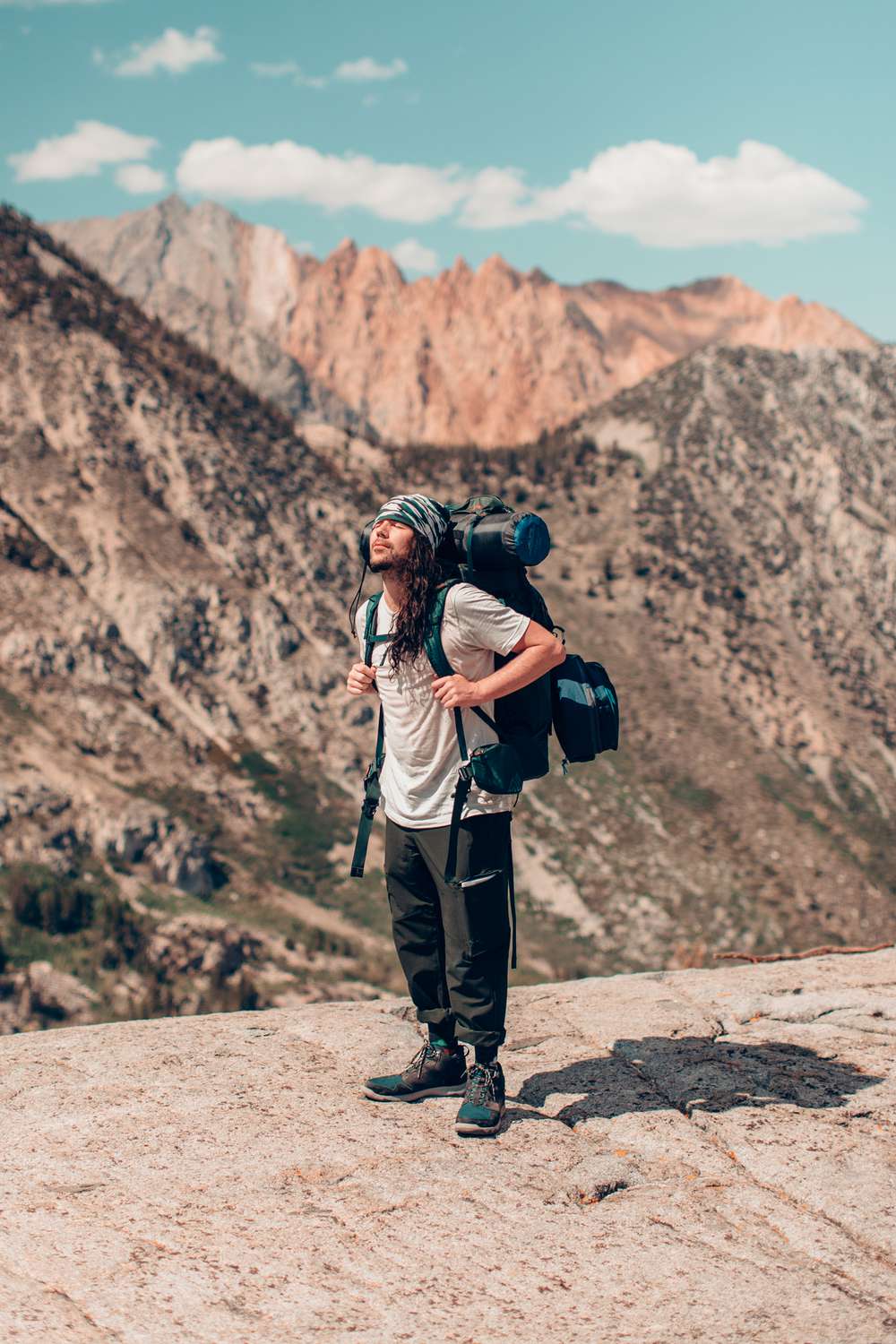 After standing in line amongst twenty-eight other groups trying to get a permit by way of a lottery system, I drew a number — “9”.  I got to be the ninth person in line to request any trailhead I wanted. When they called my number, I anxiously walked up to the front desk and asked for Lake Sabrina Basin.  “How many in your party?” the park ranger asked.  “Six!” I exclaimed.  “Can I see your driver’s license?”  I handed it to him.  He started typing away with no expression on his face.  Did we have the permit, did we not?! I couldn’t tell!  He kept typing.  “Are we able to get the permit?” I asked.  He continued typing and then again with no expression on his face, said “yes” in the most monotone voice.  We got it! As soon as he handed me my permit, I walked away, took a Boomerang of me waving the permit as if it were a wad of cash, and texted it to my friends. Jackpot.

“I walked away waving the permit as if it were a wad of cash. Jackpot.”

We couldn’t get into the backcountry until Saturday morning, so we spent Friday evening camping in the Alabama Hills.  Waking up to the sunrise there is insane and I wanted to make sure everyone got to see the pinks and oranges on the granite peaks of Mt. Whitney before we left for the backcountry.  We woke up when it was still dark and began climbing one of the highest mounds around us to watch the sun rise. When we reached the top, we all found our own little spots and sat quietly in the wind.  Some of us took photos and others meditated or said prayers.  It was nice and serene; the perfect way to celebrate my birthday.  After the sun rose, my friends gathered around me, sang happy birthday, and all gave me words of affirmation and encouragement.  Quality time is my love language and that moment gathered around each other in nature was the perfect gift.  I couldn’t have asked for a more beautiful morning. 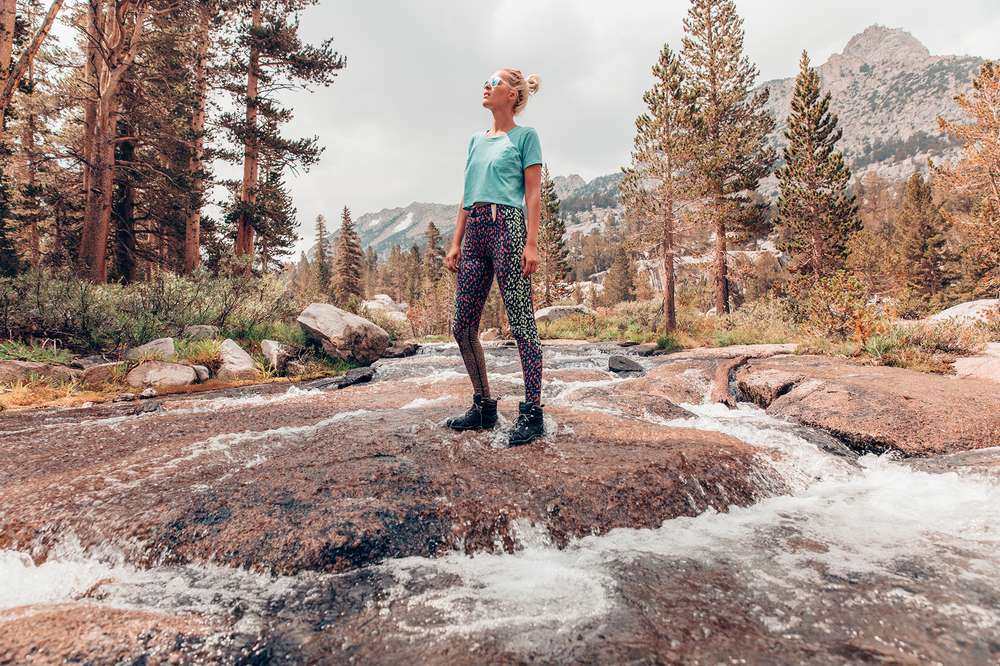 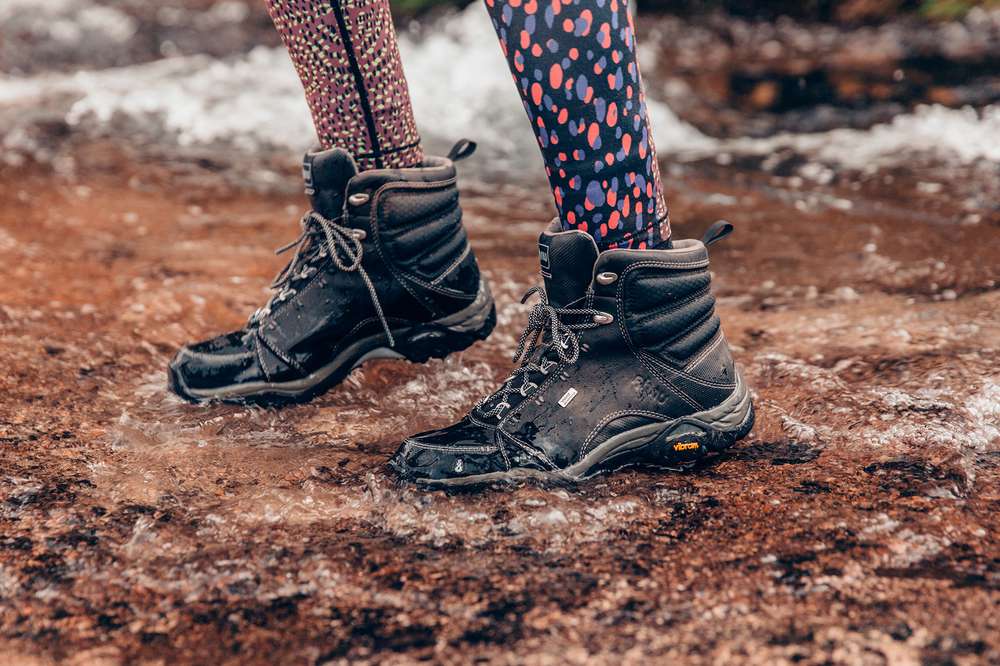 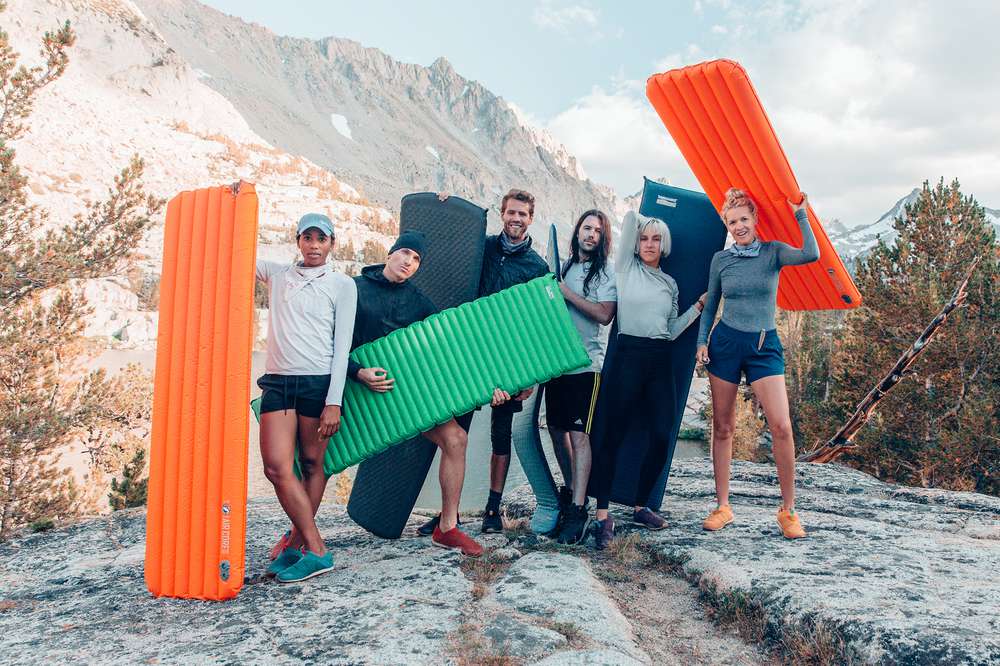 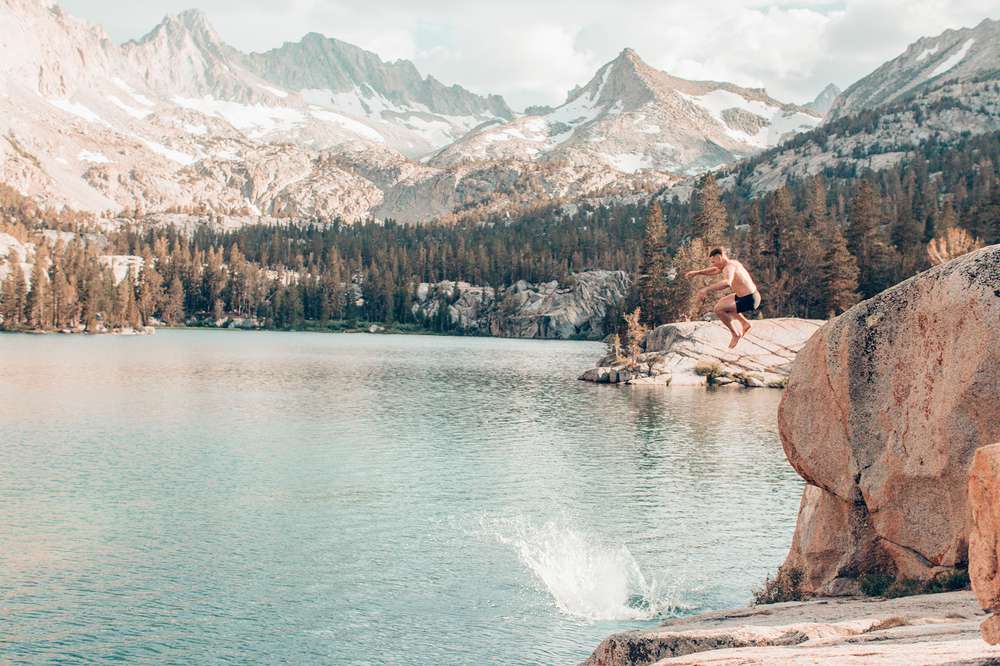 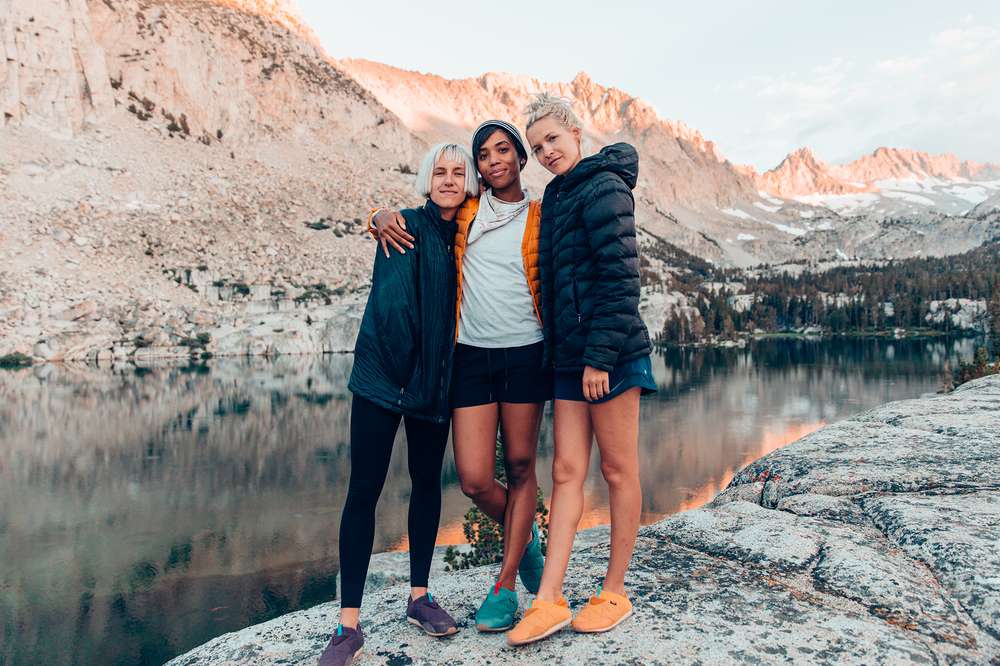 A few hours later we arrived at Lake Sabrina Basin and began the hike up to Blue Lake, where we’d be spending the next two nights camping. The trailhead starts to the left of Lake Sabrina and slowly ascends above and behind the lake. My pack was heavy so I took advantage of going slow to notice the wildflowers at my feet and the views of the lake to my right.  I needed those distractions — I had never carried a heavier pack and my body was feeling weak and tired. My friends were killing it, like I knew they would, but I couldn’t help but feel a little embarrassed by how slow I was hiking. I was relieved when we reached Blue Lake, a beautiful alpine lake two and a half miles from the bottom of Lake Sabrina (and blue, true to its name).  Once we reached the lake, we dropped our packs and headed toward the cliffs surrounding the lake.  A few of my friends took turns jumping into the freezing waters and I took photos and videos. I was too scared of that cold water. I don’t do cold.

“I had never carried a heavier pack. My friends were killing it, like I knew they would, but I couldn’t help but feel embarrassed by how slow I was hiking.”

We found a perfect spot to set up camp and made sure it had amazing views of the lake.  We watched fisherman cast their lines and surveyed the area for good spots to hang food.  As the sun began to move behind the peaks to the west, we found ourselves glued to the lake as the light changed dramatically. The lake had been the most saturated blue all day, but had quickly turned into a watercolor painting full of pinks, oranges, and purples. It had us swooning and we were obsessed. We had started the day with the most epic sun rise and were finishing it with the most epic sun set. It was perfect.

The next morning, we woke up, had our dehydrated breakfasts, and headed out toward Donkey Lake. As we began hiking there, we were stopped by the most picturesque waterfall and stream bank.  There were claims that it looked just like something out of a Walt Disney movie — Snow White, maybe. It was true. It captivated us and completely distracted us from reaching Donkey Lake. We forgot about it for hours, actually, as we separated and found our own spots near the stream or by the waterfall to rest, play, or meditate. We were free to do what we wanted at our own pace and in the way that we needed at that moment.  For me, my spirit felt quiet and still and I loved that my friends could enjoy the beauty in their own personal way, too.  This place felt really special. 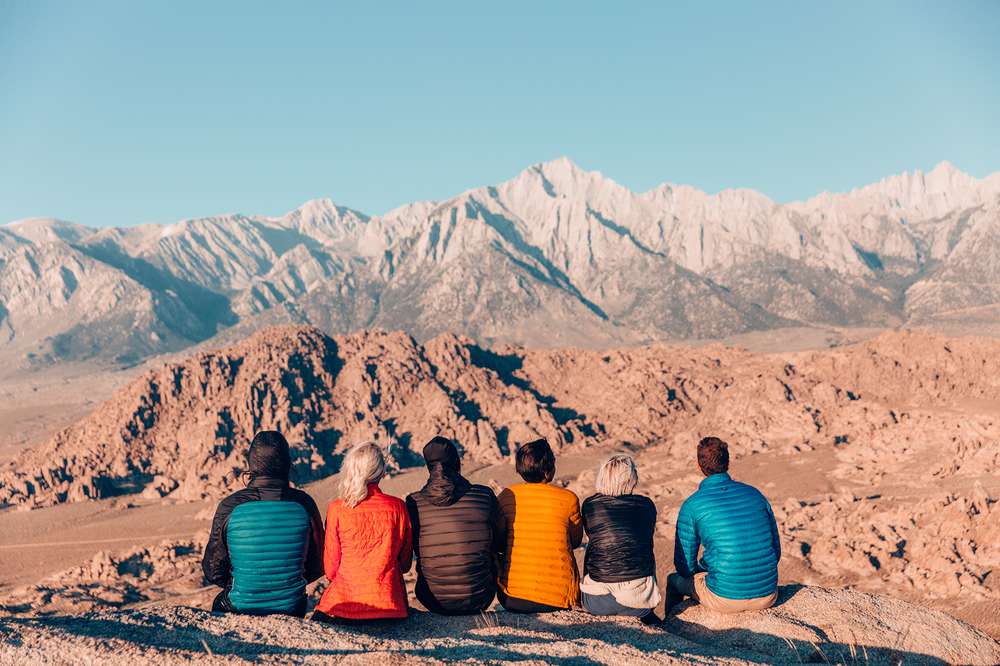 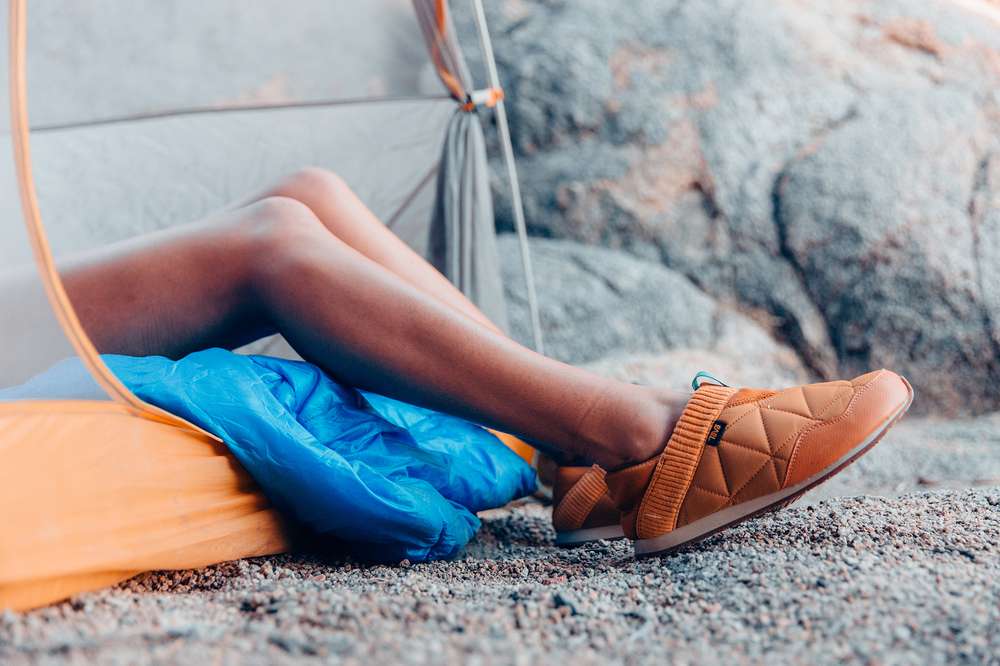 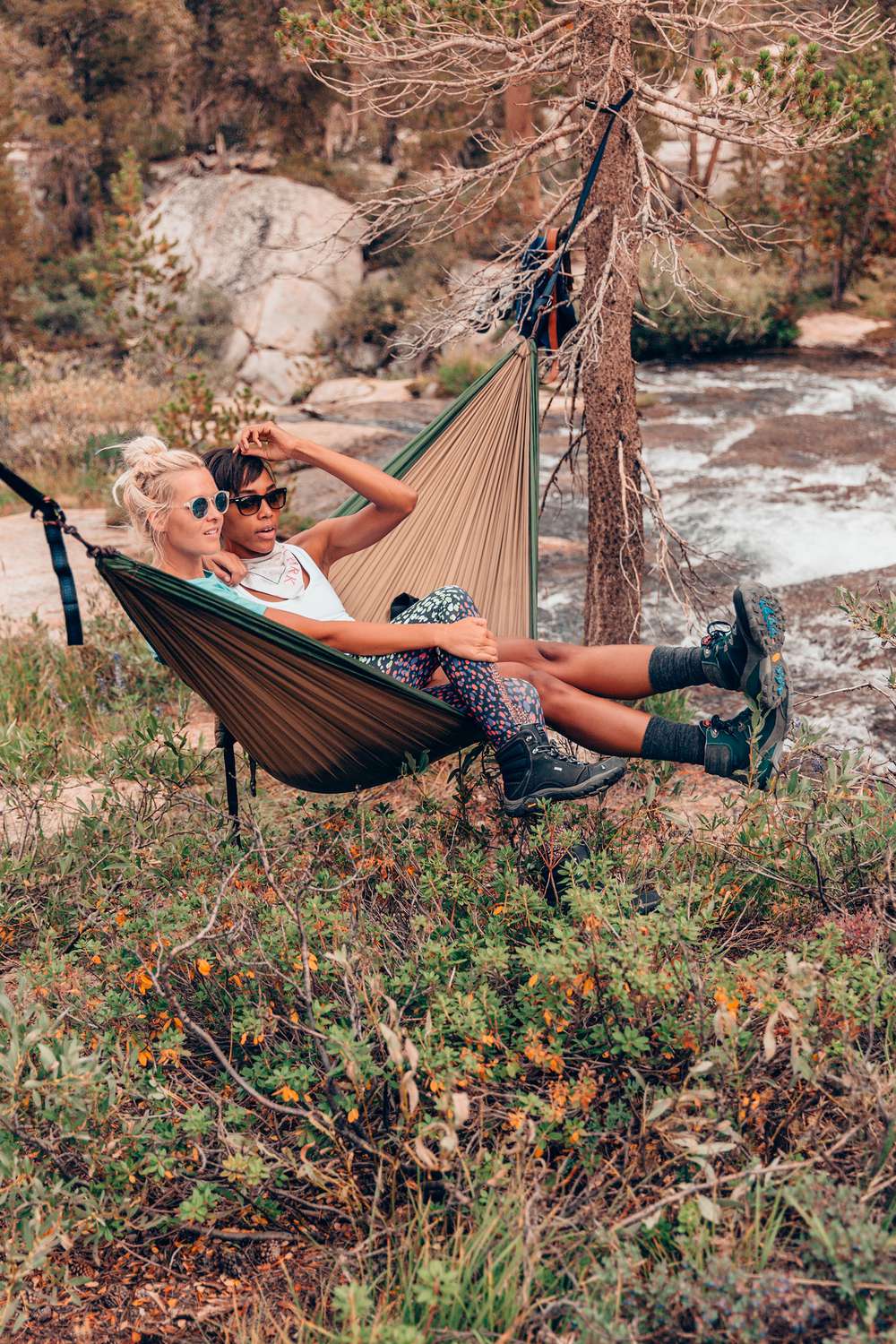 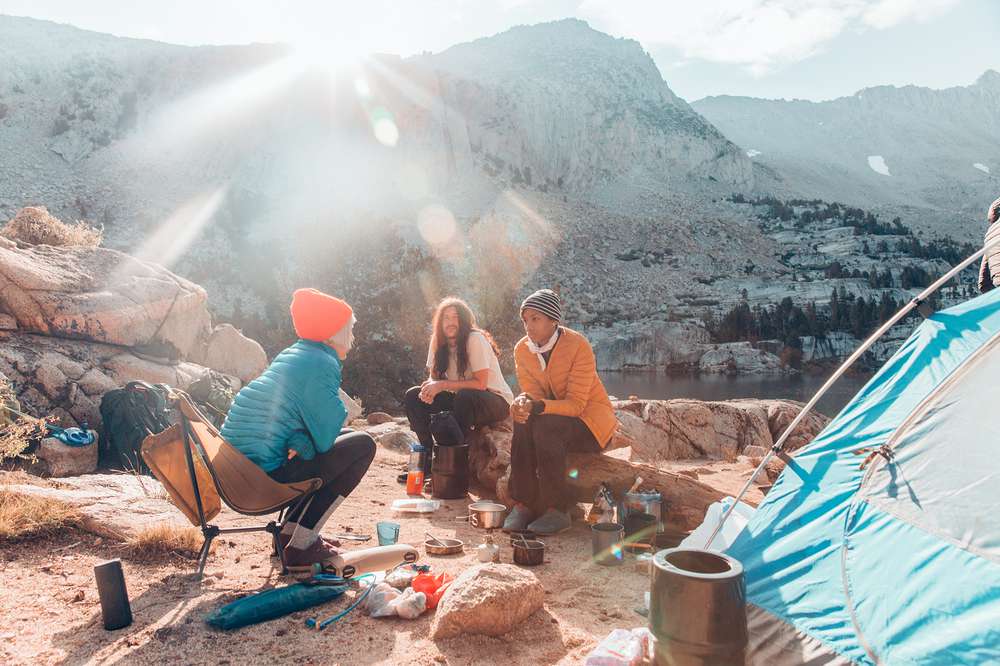 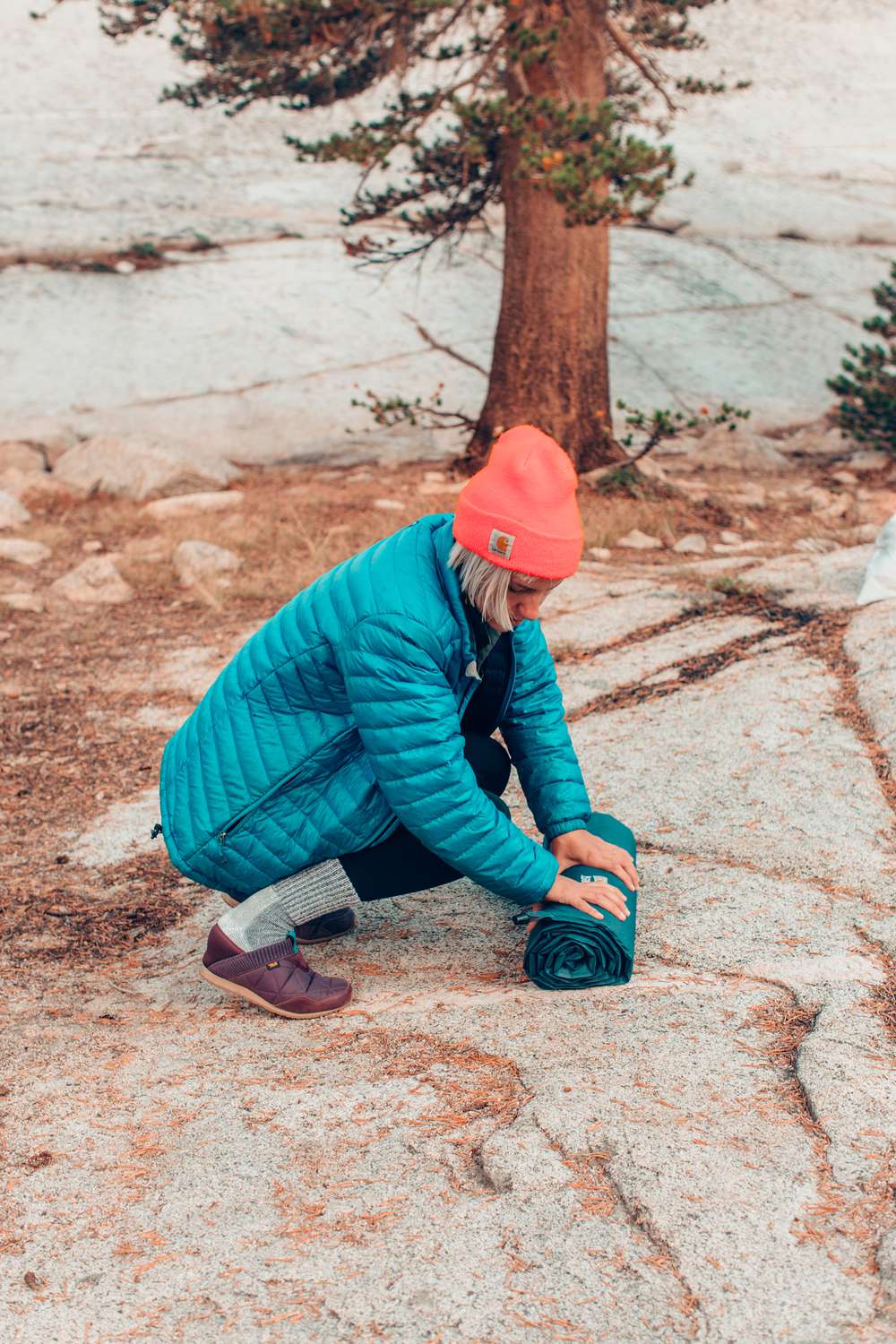 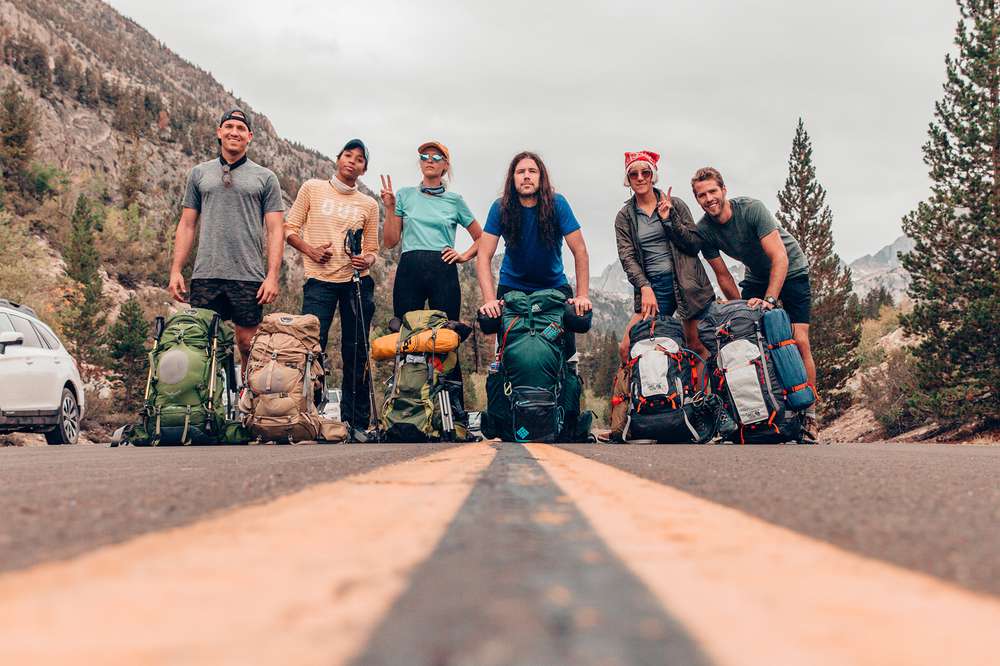 We finally rounded ourselves up to hike back to Donkey Lake (we were in a trance, I swear. It was so hard to leave).  But as we arrived, we completely forgot about our little Disney spot and fell in love with Donkey Lake. This day was much colder than the day before, but everyone wanted to jump in again.  I wanted to as well, but again feared the cold.  One of the guys asked for “Semi-Charmed Life” to play as he jumped in and we all began making song requests for our leap into the freezing water.  I continued to be hesitant until I heard DMX on the speakers.  It was my turn to go: I took a breath, jumped, and braced myself for the frigid waters.  It. was. FREEZING.

“I was hesitant until I heard DMX on the speakers. It was my turn to go.”

We spent another hour or so playing at Donkey Lake and then made our way back to base camp.  It was our last night in the backcountry and we ended it with our best dehydrated meals and conversation that kept some of us up late into the night.  When we woke up the next morning we were sad to leave, but so eager to get down the mountain to have a solid, hot meal.  I couldn’t have asked for a better group and was amazed by how quickly and enthusiastically they took to backpacking life.  They became experts, like I knew they would, and gave me one of the best birthday weekends I’ve ever had.  I’m still having withdrawals.

Shop the Arrowood Collection and Ahnu by Teva at Teva.com. Show us how you #StrapIntoFreedom on Instagram @Teva!