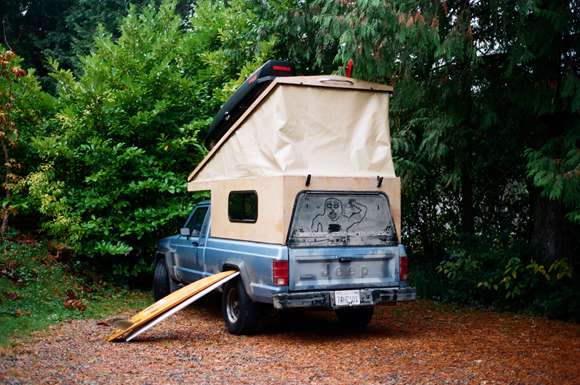 Last summer, surfer Trevor Gordon decided to do what many adventure-seekers dream of, but so few ever realize: He built this own camper.

Armed with a deep fascination with rolling-homes but little knowledge of woodworking, he traded in his 1988 VW Vanagon for a blue four-by-four Jeep Comanche and set out to build a camper with a sturdy frame that could hold up to both the rough terrain and torrential rains trademark of the Pacific Northwest Islands of British Colombia, a region that beckoned with the promise of adventure and a good chance of quality surf along an undisturbed beach stretching 20 miles long. 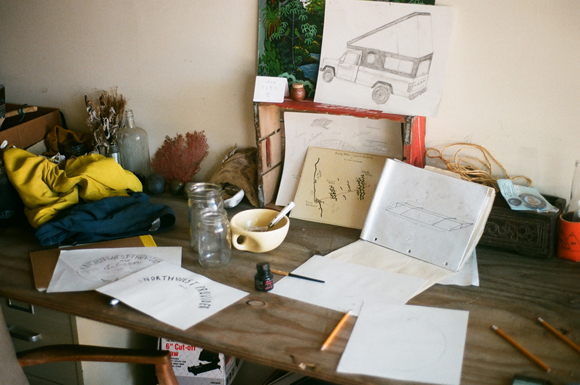 “The day I finished, I immediately started the maiden voyage north to Canada, with the pinnacle being just shy of the Alaskan border on the islands of Haida Gwaii,” says Gordon.

“Bigfood Country: The Adventure of Woody & The Blue Ox” is a two-part film that follows Gordon’s journey north from Carpinteria, California, on a mission to find surf and adventure in the heart of British Columbia’s Bigfoot Country. Watch it now:

All photos by Jeremy Koreski.