Music festivals have always been one of my favorite things about summer. When I had my first festival experience as a teenager, it was as if a fire ignited inside of me. I loved the late nights spent dancing at shows and the even later nights spent hanging with the neighbors camping next to me. There’s something magical about festivals that I’ve never fully experienced anywhere else and the energy surrounding the music is electrifying. 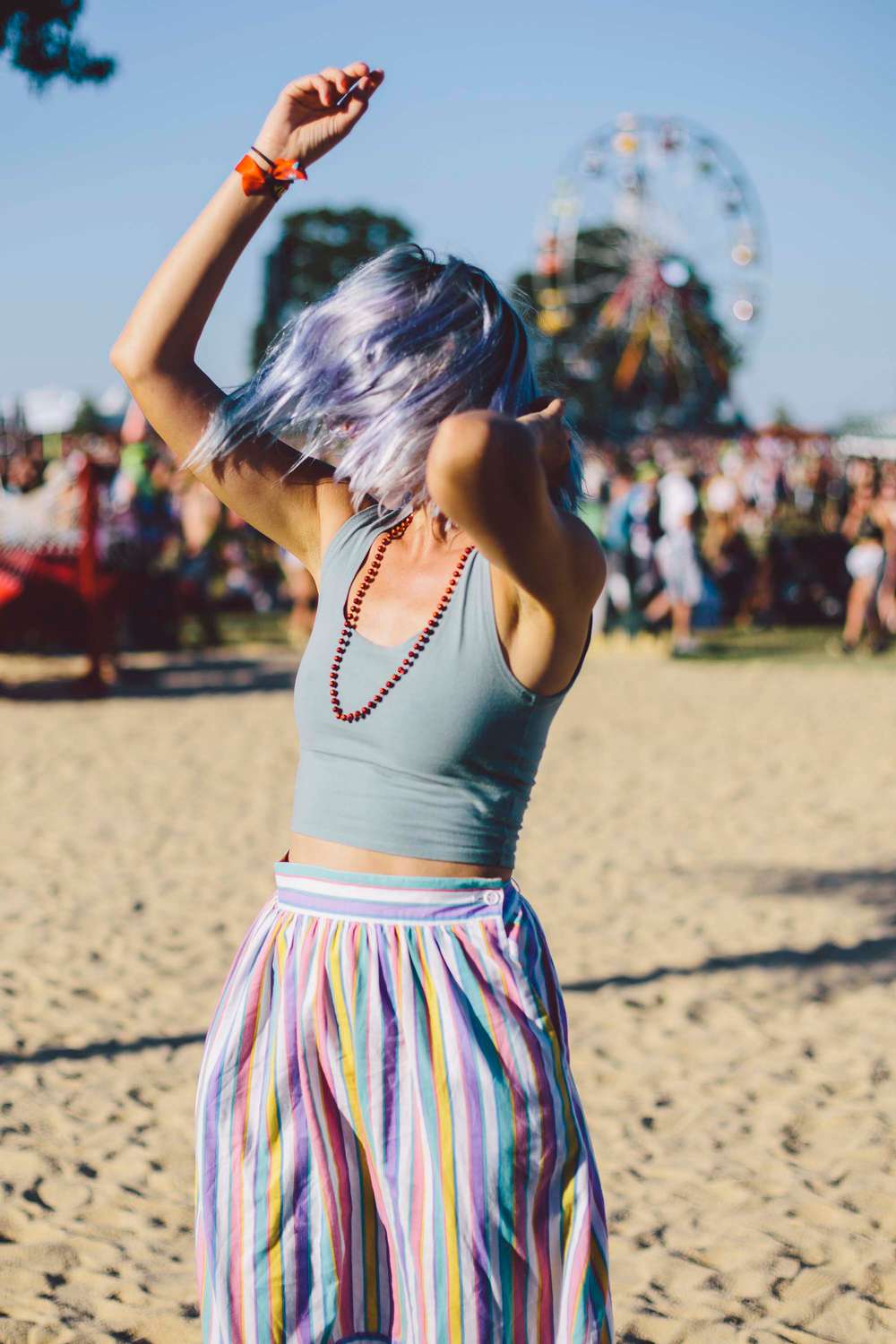 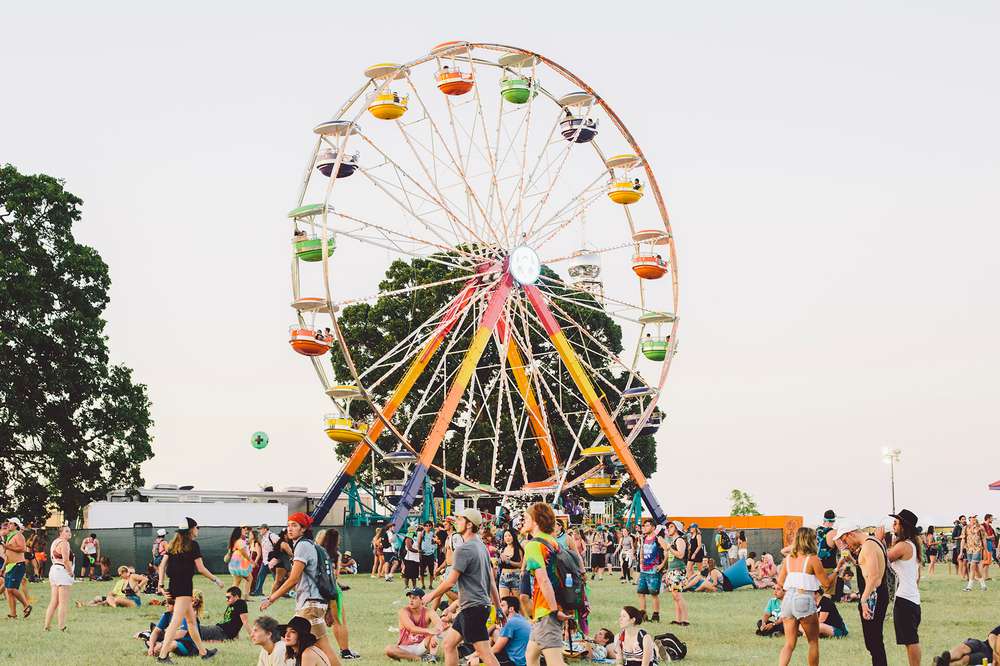 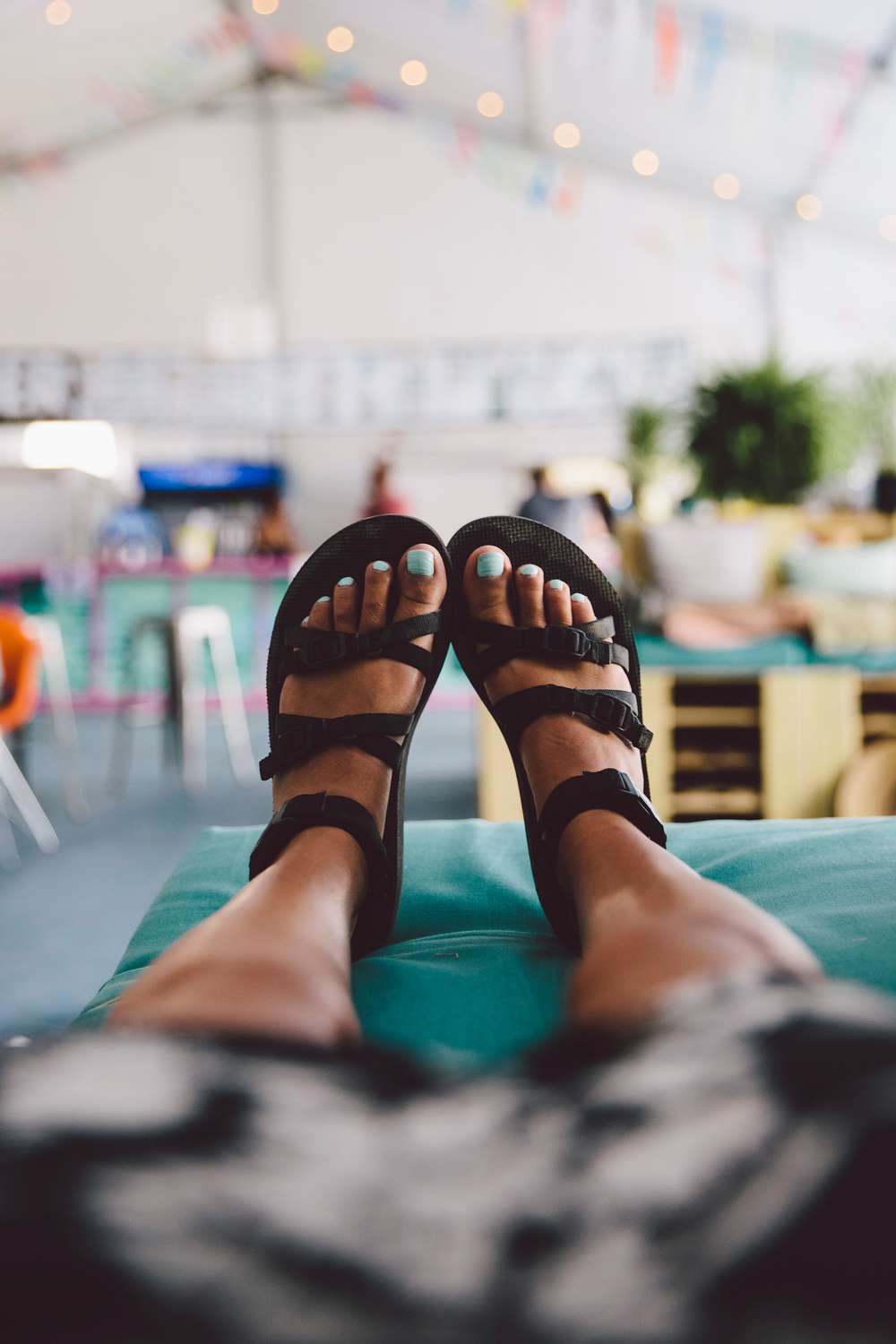 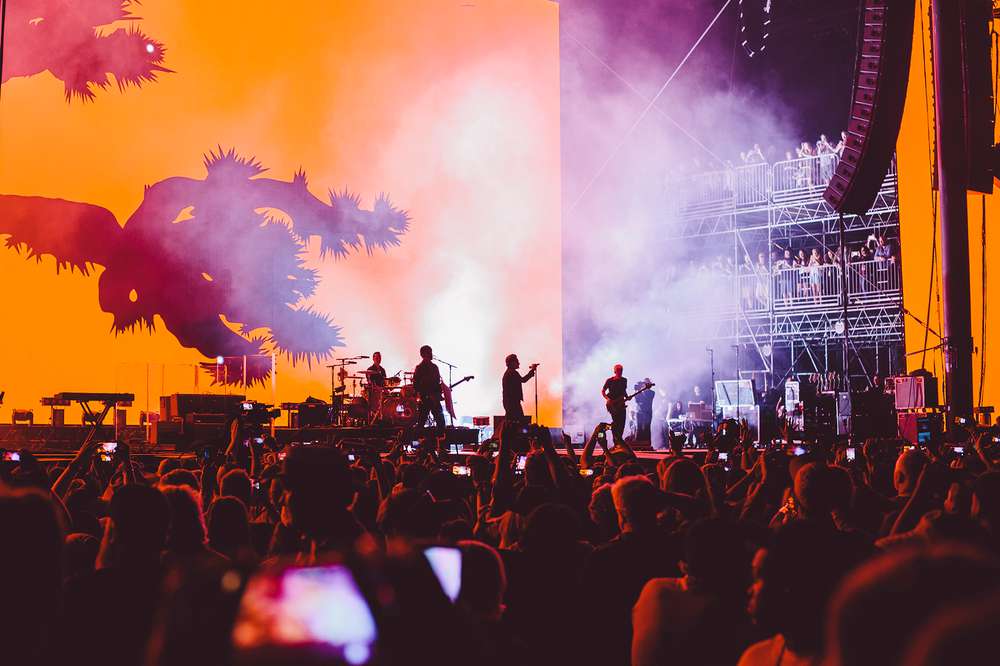 This year, I had the opportunity to attend the Bonnaroo Music Festival in Manchester, Tennessee for the first time and to say I had a good time would be an understatement. I got to experience it with my good friend Ella Vos — a performer at the festival — and my husband, who traveled with me from Los Angeles.

He and I arrived on Thursday evening just as the sun began to set. Cars lined up like ants as fans eagerly waited to get into the grounds. We noticed the license plates — Ohio, Maryland, Georgia. People had come from everywhere. As soon as we entered the grounds I knew were were going to love it. Here are some highlights from the weekend: 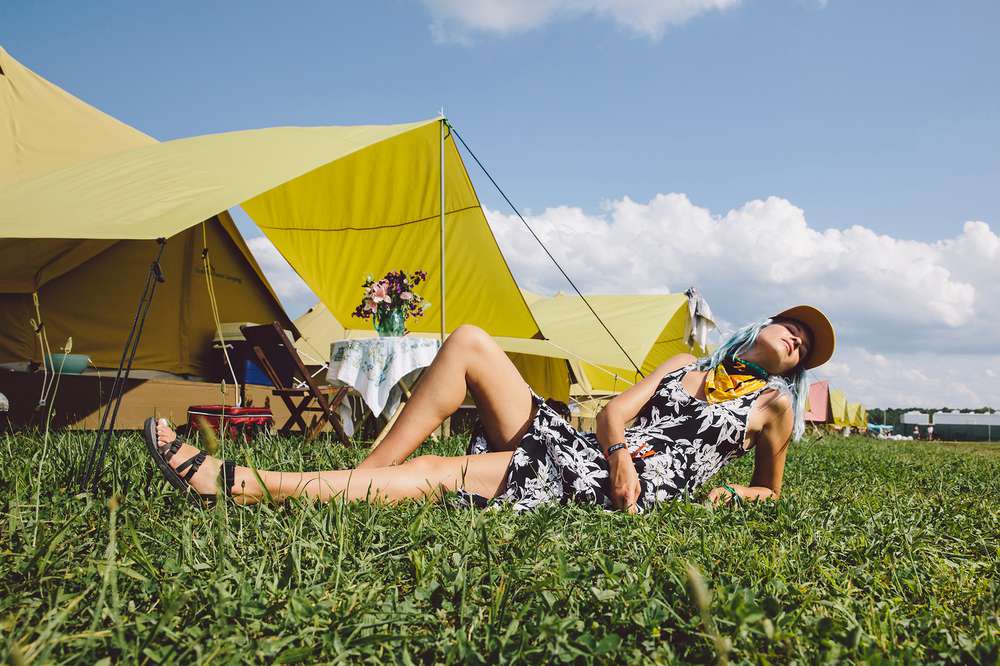 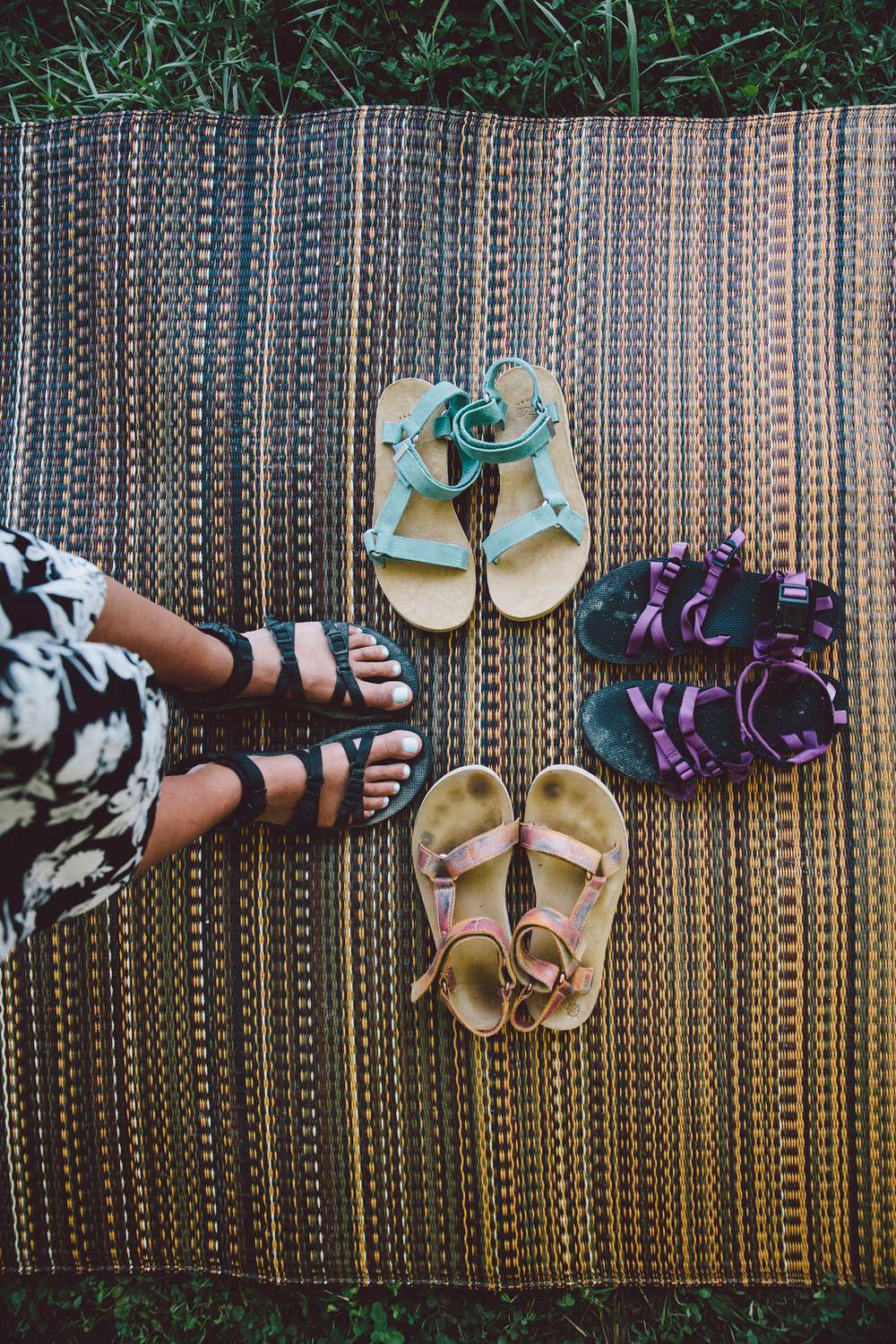 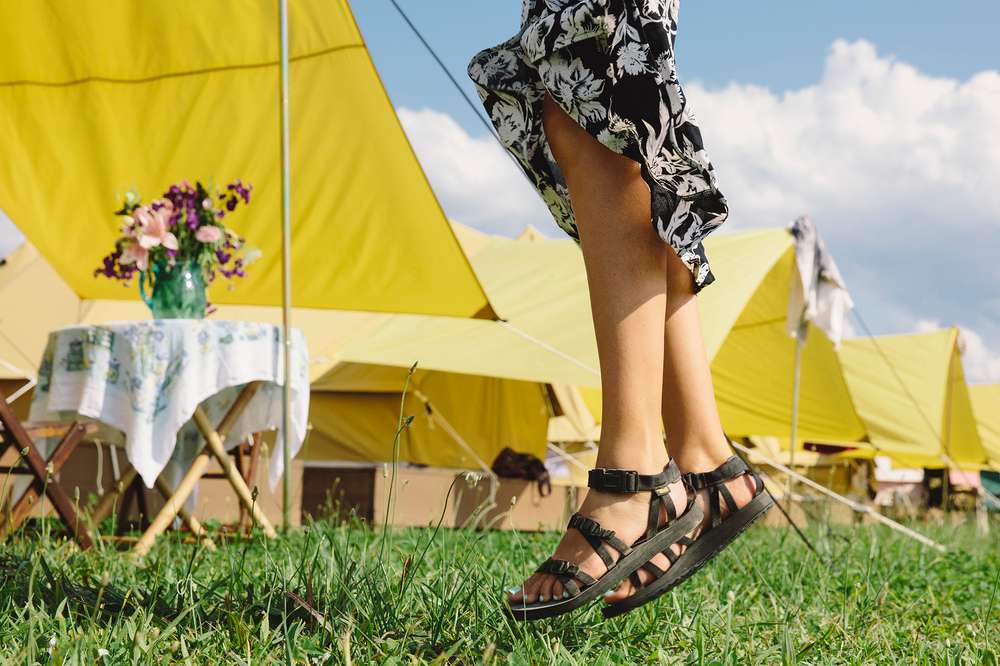 Being the camping fan I am, I couldn’t wait to sleep inside these large canvas tents, which came with a nice queen-sized bed, a cute table and pair of chairs, and an air conditioning unit that truly saved us from the heat each day. I instantly felt at home and loved every second spent glamping. Our tent was right next to the entrance and we woke up every morning to U2, the Red Hot Chili Peppers, and the Weekend serenading us with their sound check.  You just don’t get that every day, so I had to soak it in.

The silent disco was everything.  We were handed a pair of headphones and made our way inside a tent filled of people dancing their hearts out.  I followed suit and held nothing back. Every few songs I’d lift the headphones off my ears to listen to the crowd sing the lyrics to each song. It was so cool to hear it without the music and I couldn’t stop smiling. 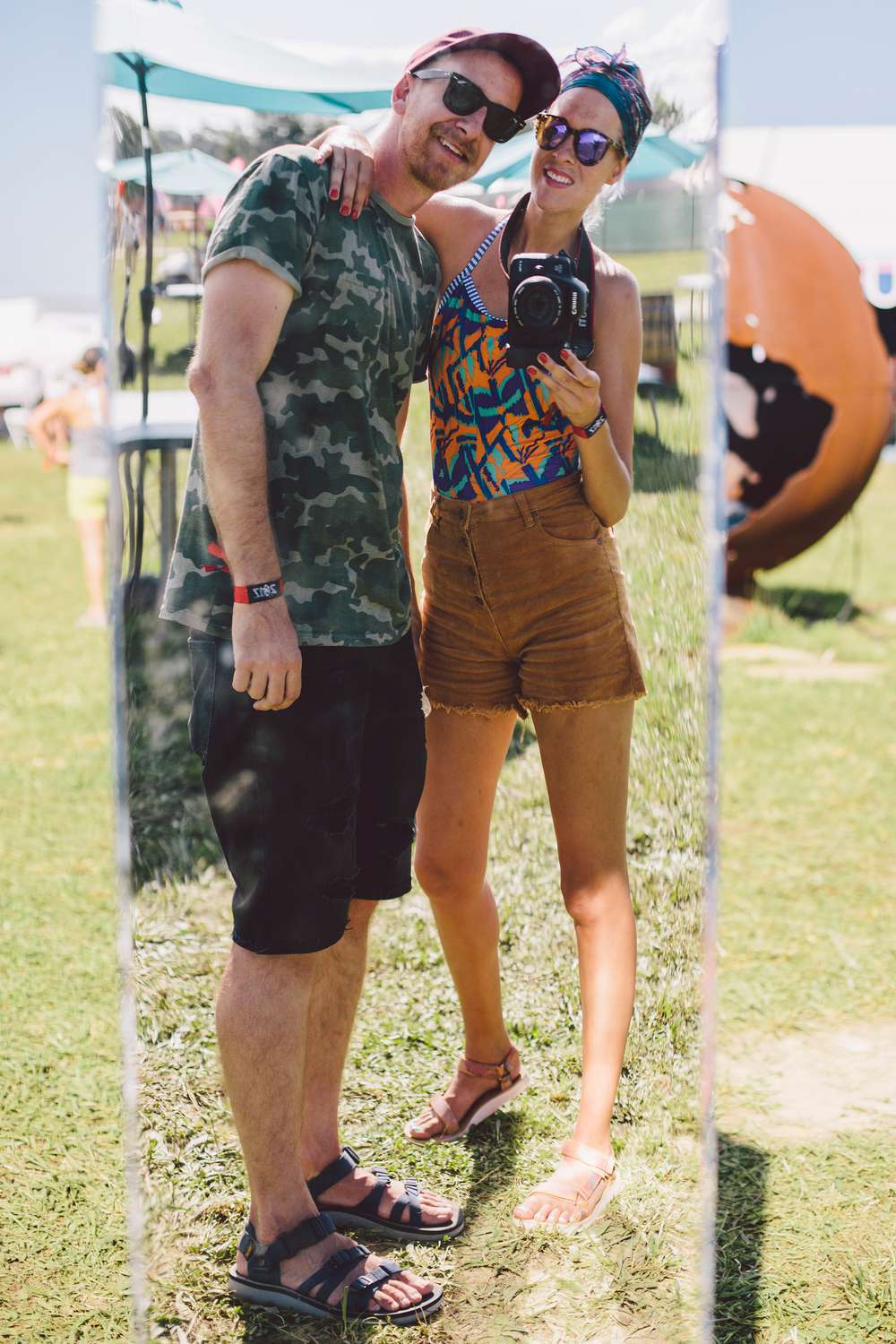 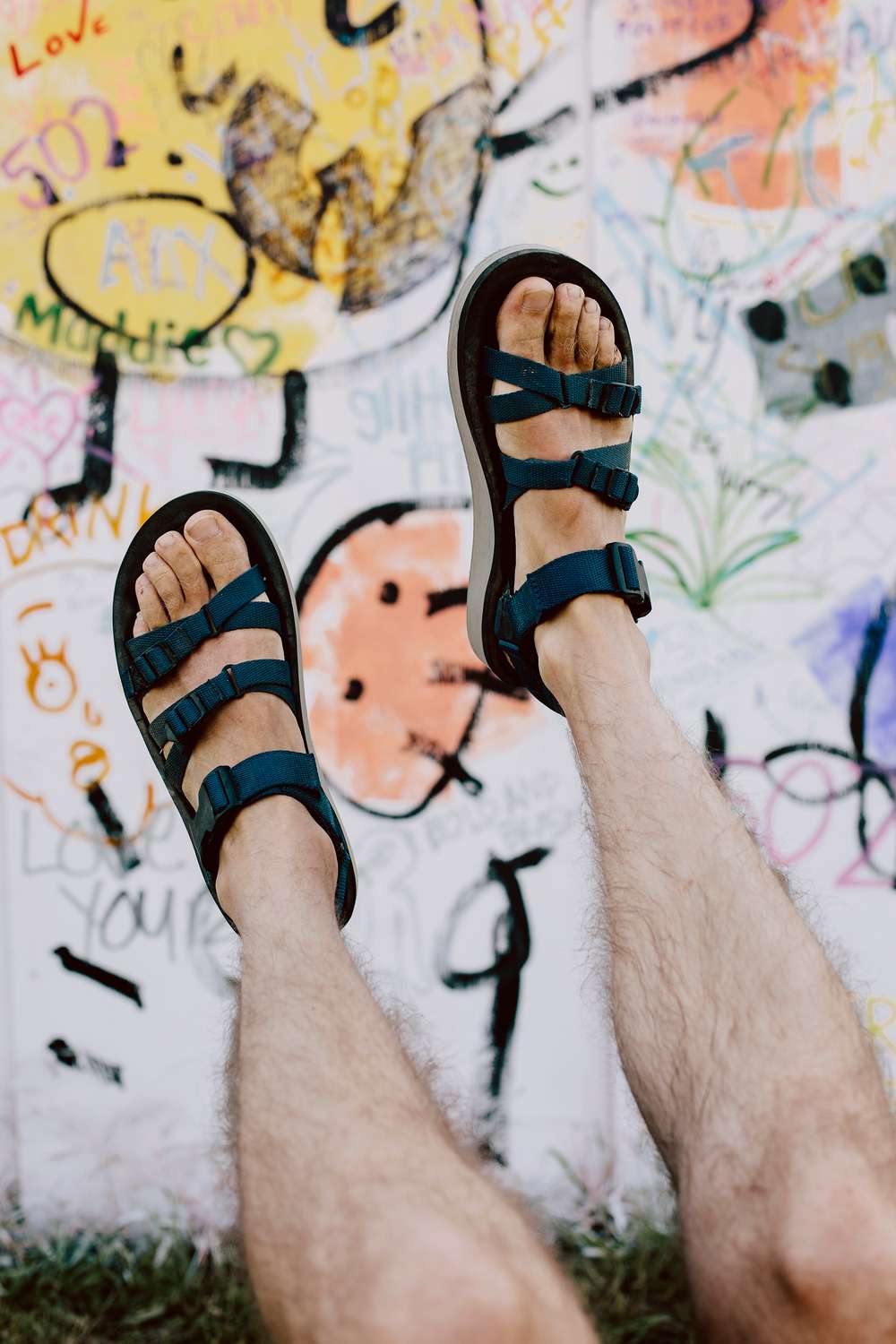 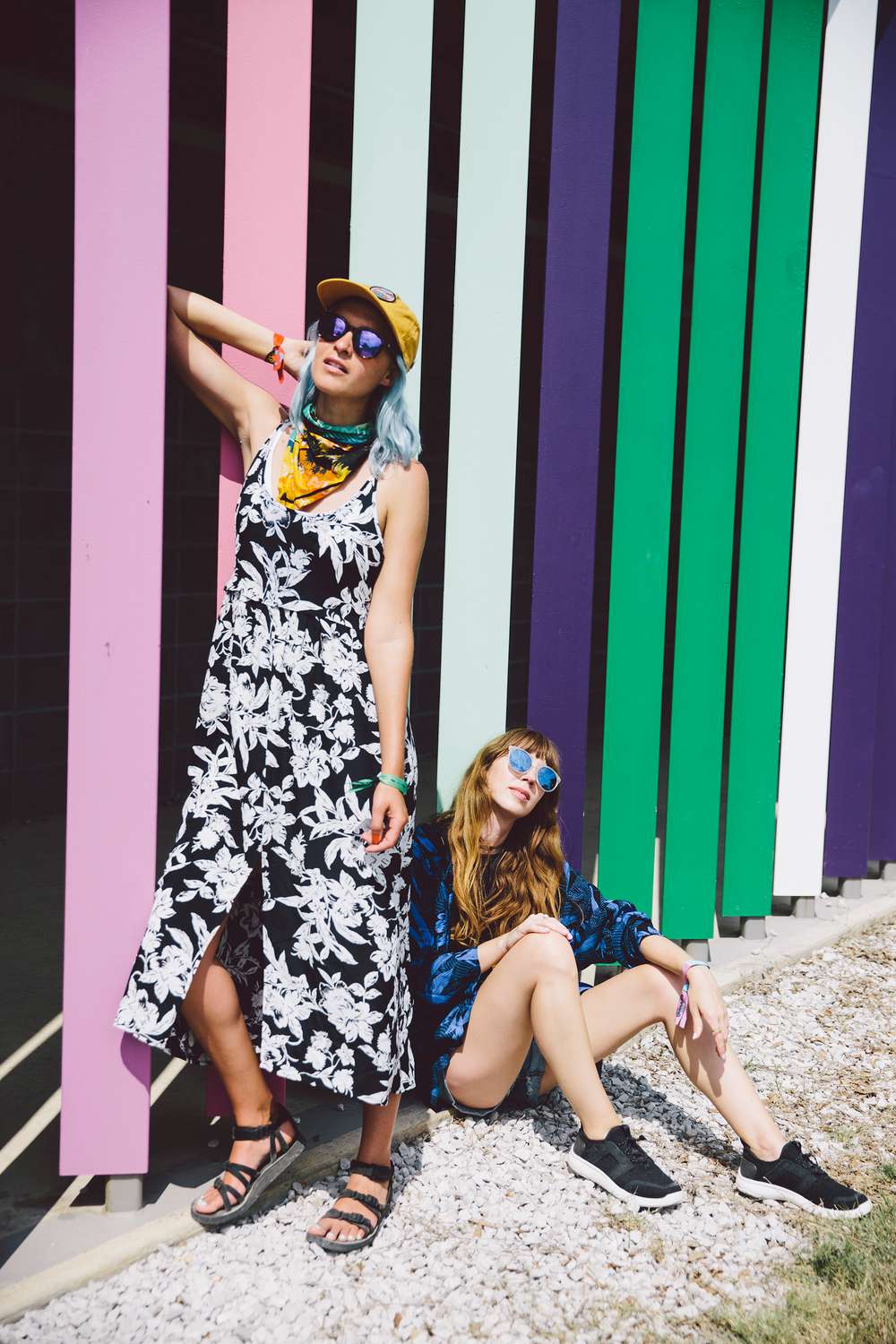 During the day the temperatures are boiling, and we were so thankful to find relief from the heat at the comedy stage. This fully air-conditioned tent puts on shows throughout the day and we were able to attend a live recording of the 2 Dope Queen’s podcast show on Saturday. These women are hilarious, have amazing stories to tell, and always bring out the best guests.  For our show, they brought out Bonnaroo performers Tegan and Sara, who ended up inviting the 2 Dope Queens to dance at their show during the song ‘Closer.’ 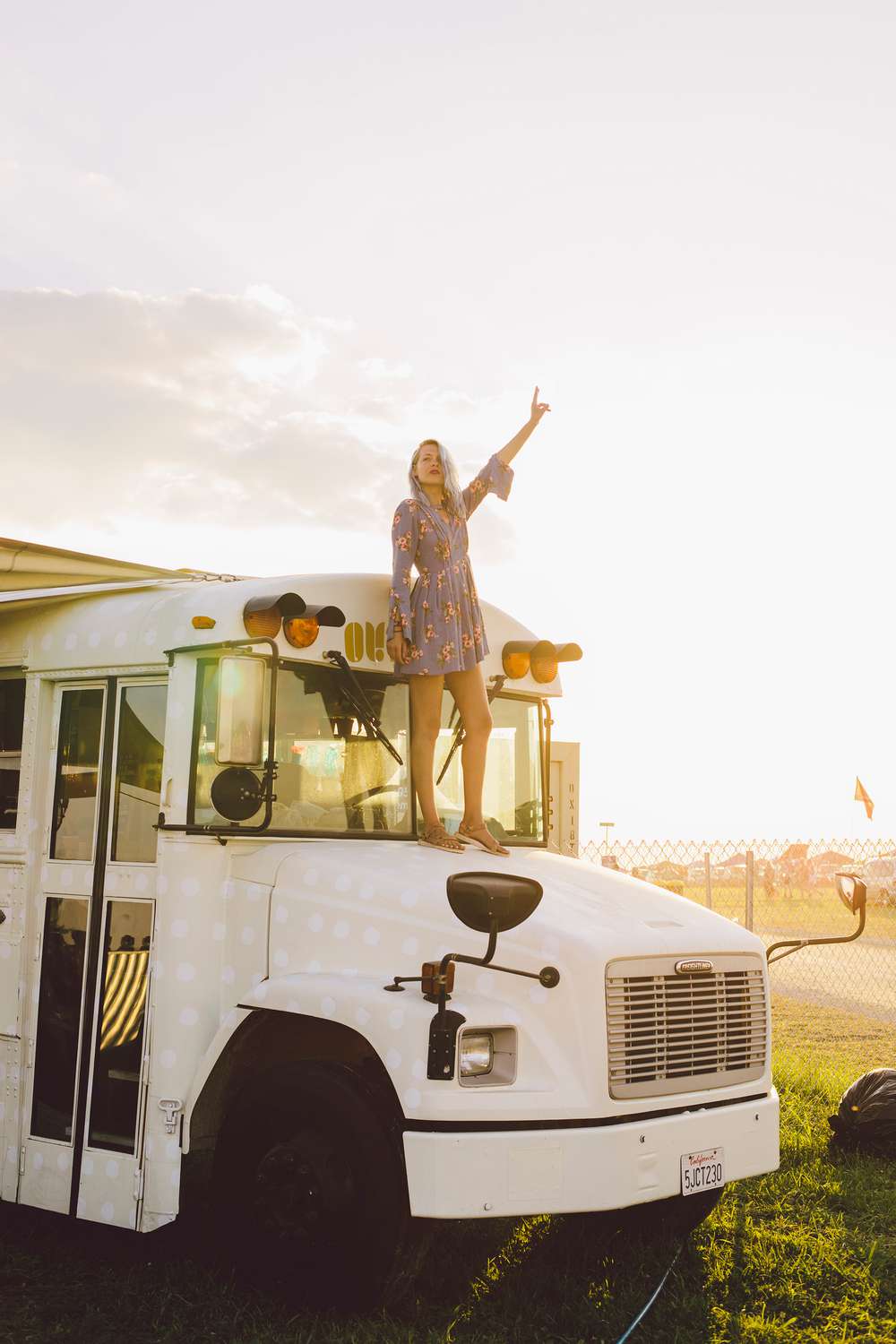 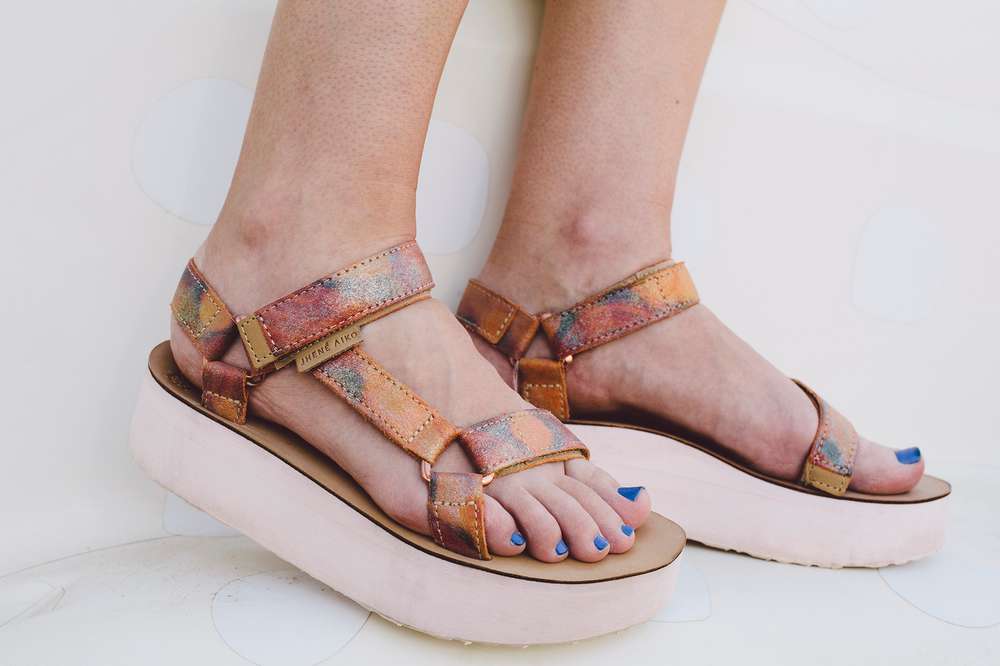 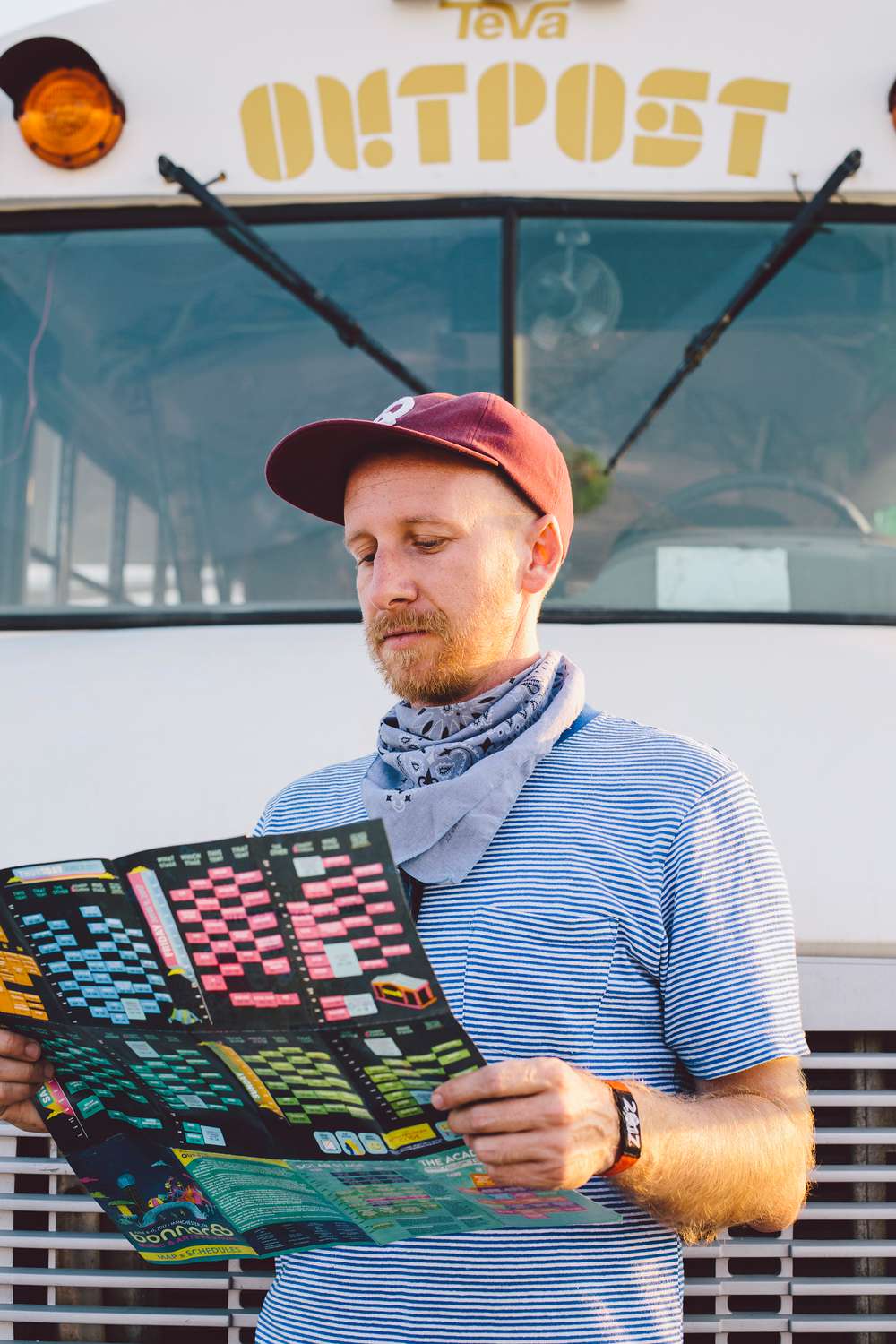 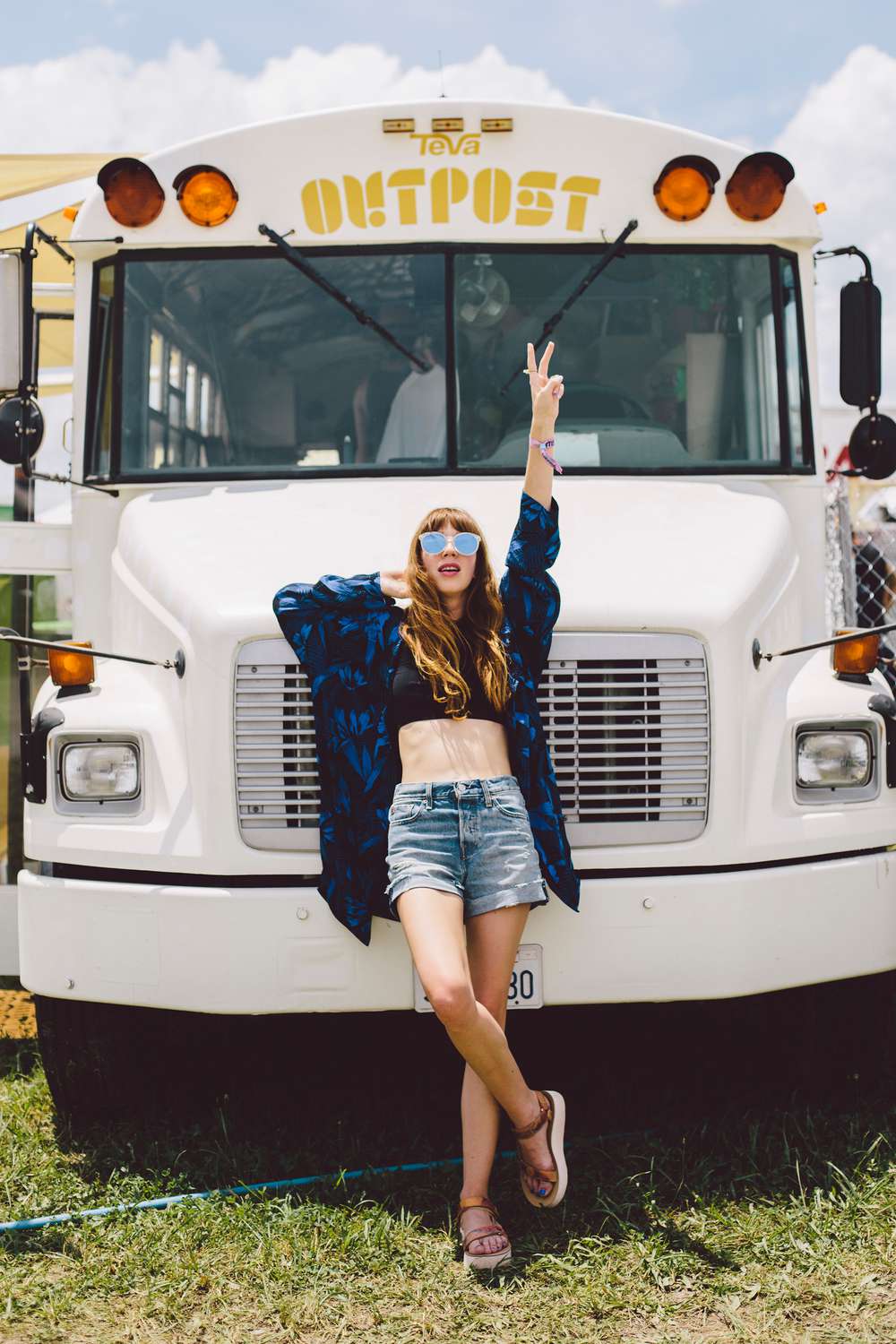 I finally had the opportunity to meet the amazing team at Teva!  They were stationed at the extremely cool Teva Outpost, located at Pod 4 on the festival grounds. The team was so accommodating and I instantly felt so welcomed by the brand that I’m so proud to be partnered with. I even got to do a live Q&A with them on Saturday, and on Sunday when I got to interview Ella Vos before her set. 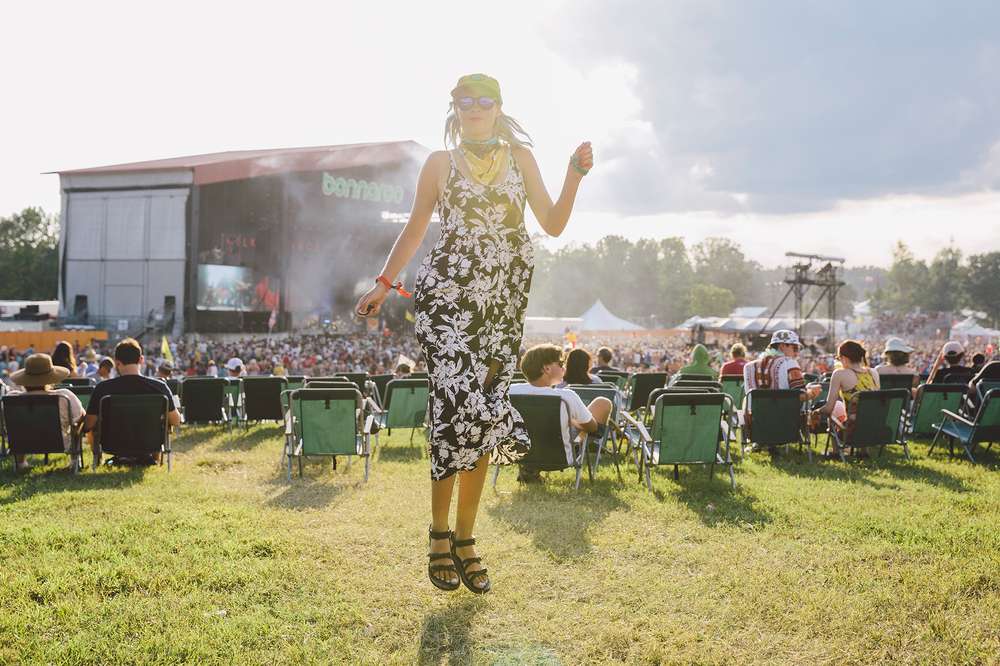 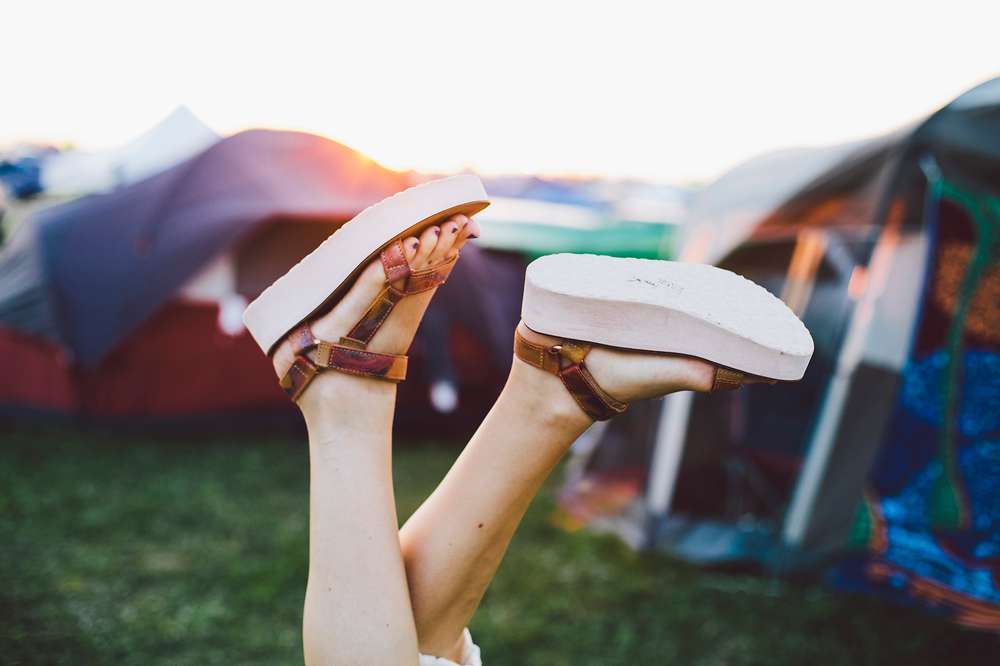 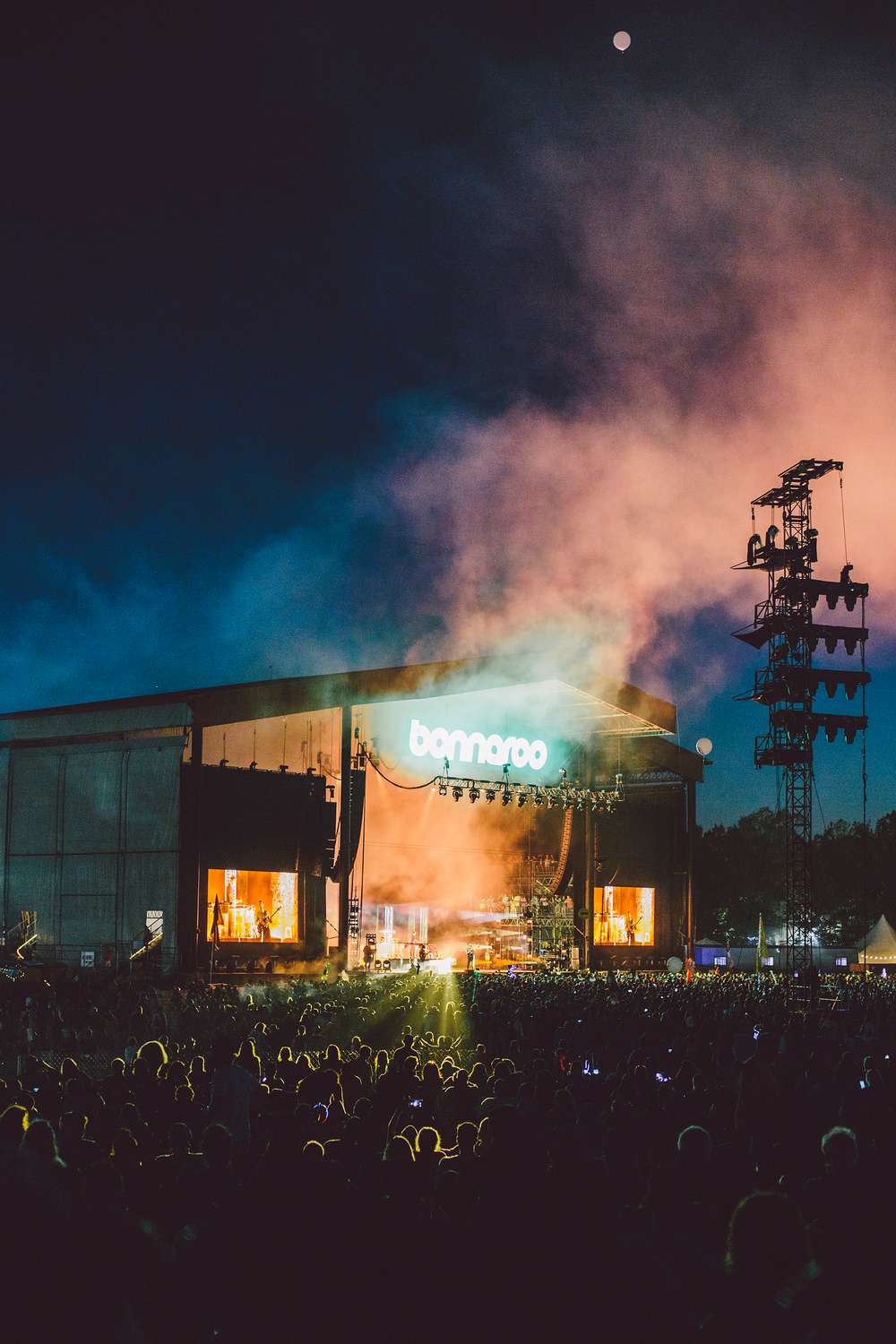 I left the festival super inspired in every way.  It was my first time seeing U2 and I didn’t expect to be as affected as much as I was at that show.  We were able to get fairly close to the stage and when U2 came out, the crowd lost their minds and I lost mine! I cried, and I don’t cry at shows — it was that good.  Cage the Elephant put on their best show to date, and the XX was amazing, as well Portugal the Man, Major Lazer, Travis Scott, Tegan and Sara, and the parts of Chance the Rapper’s set I was able to see before the crowd got too crazy. I caught him later at the SuperJam, where he covered Outkast’s ‘Hey Ya.’ 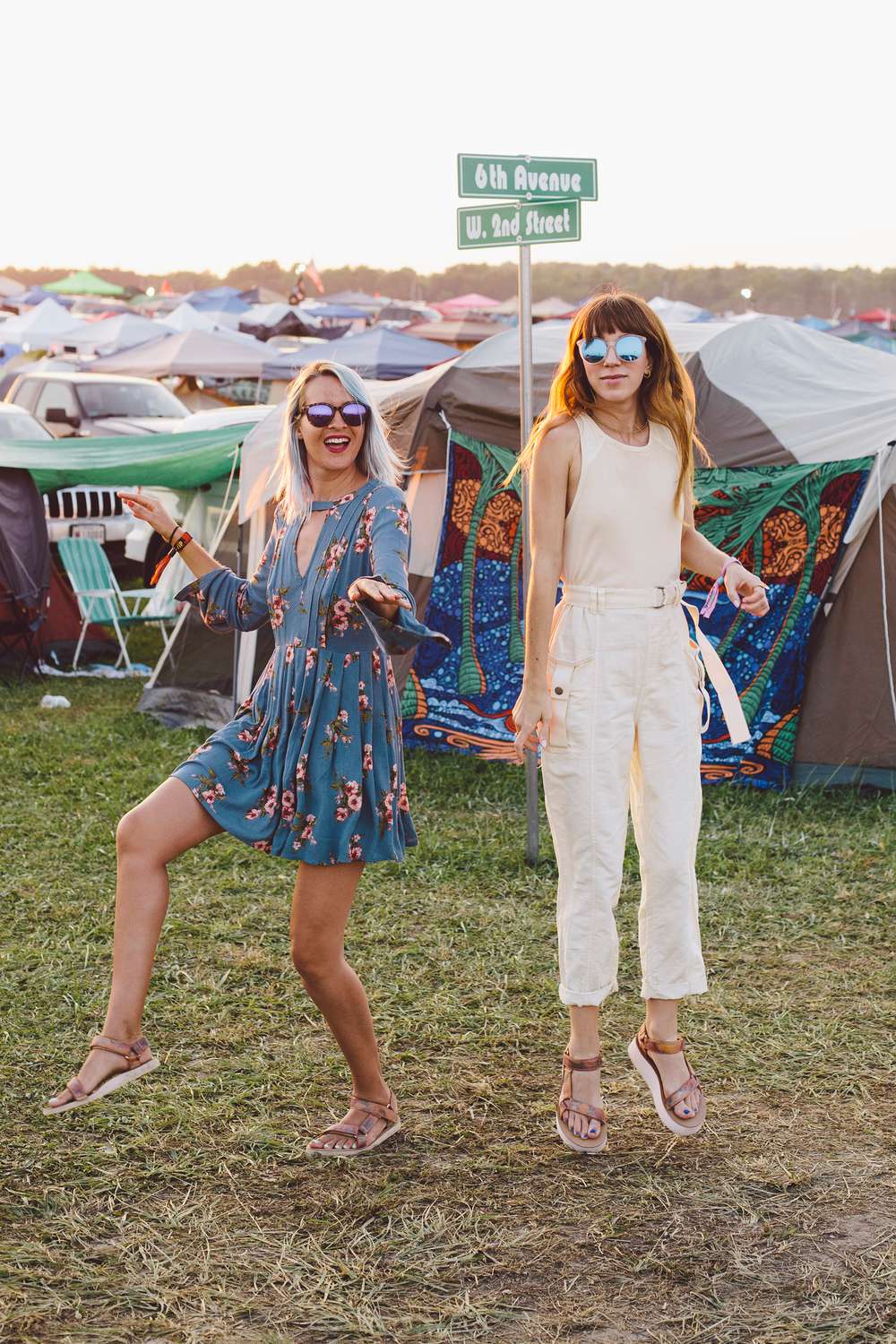 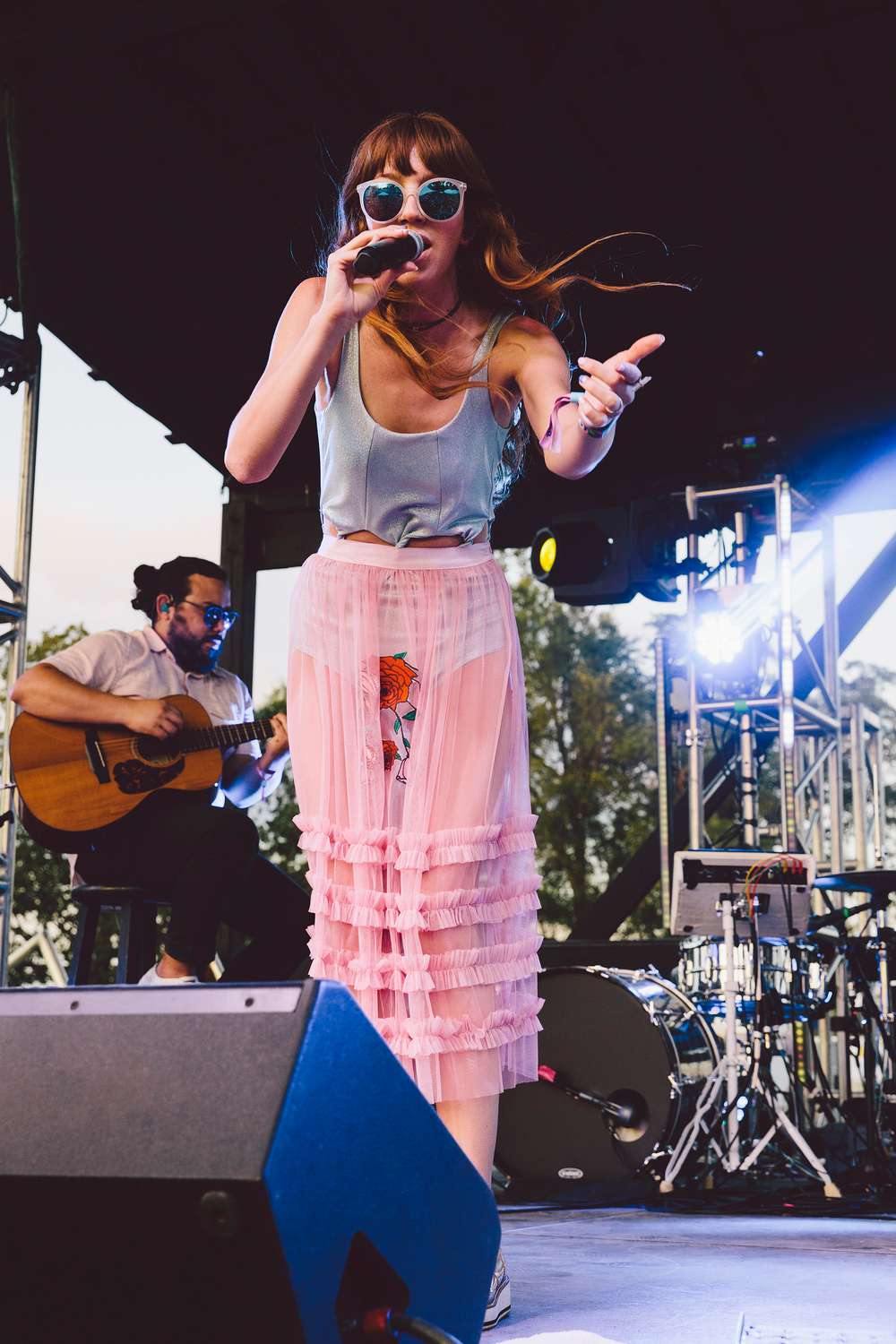 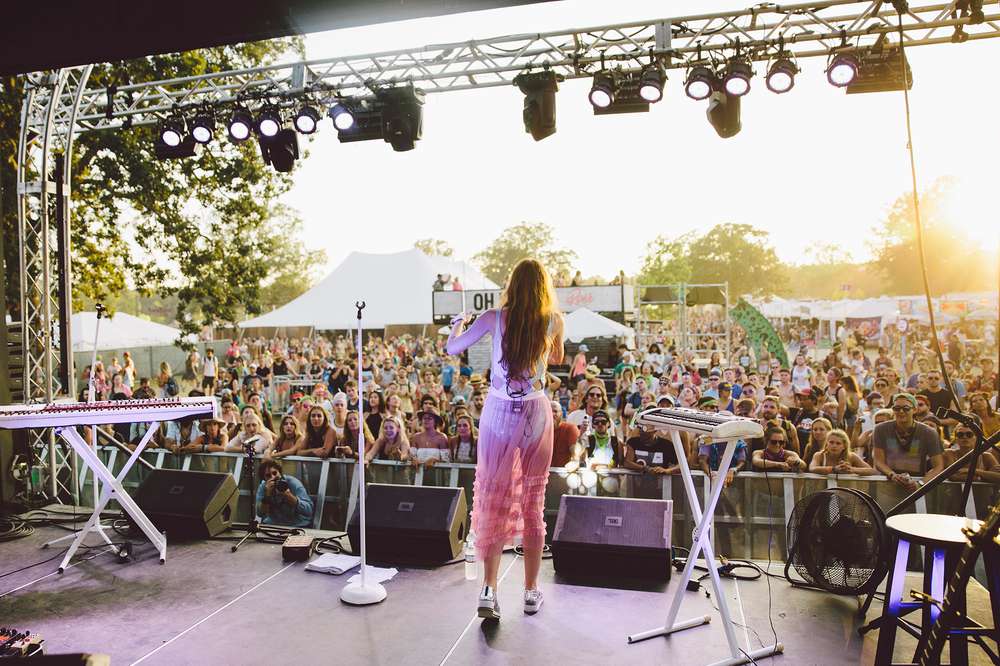 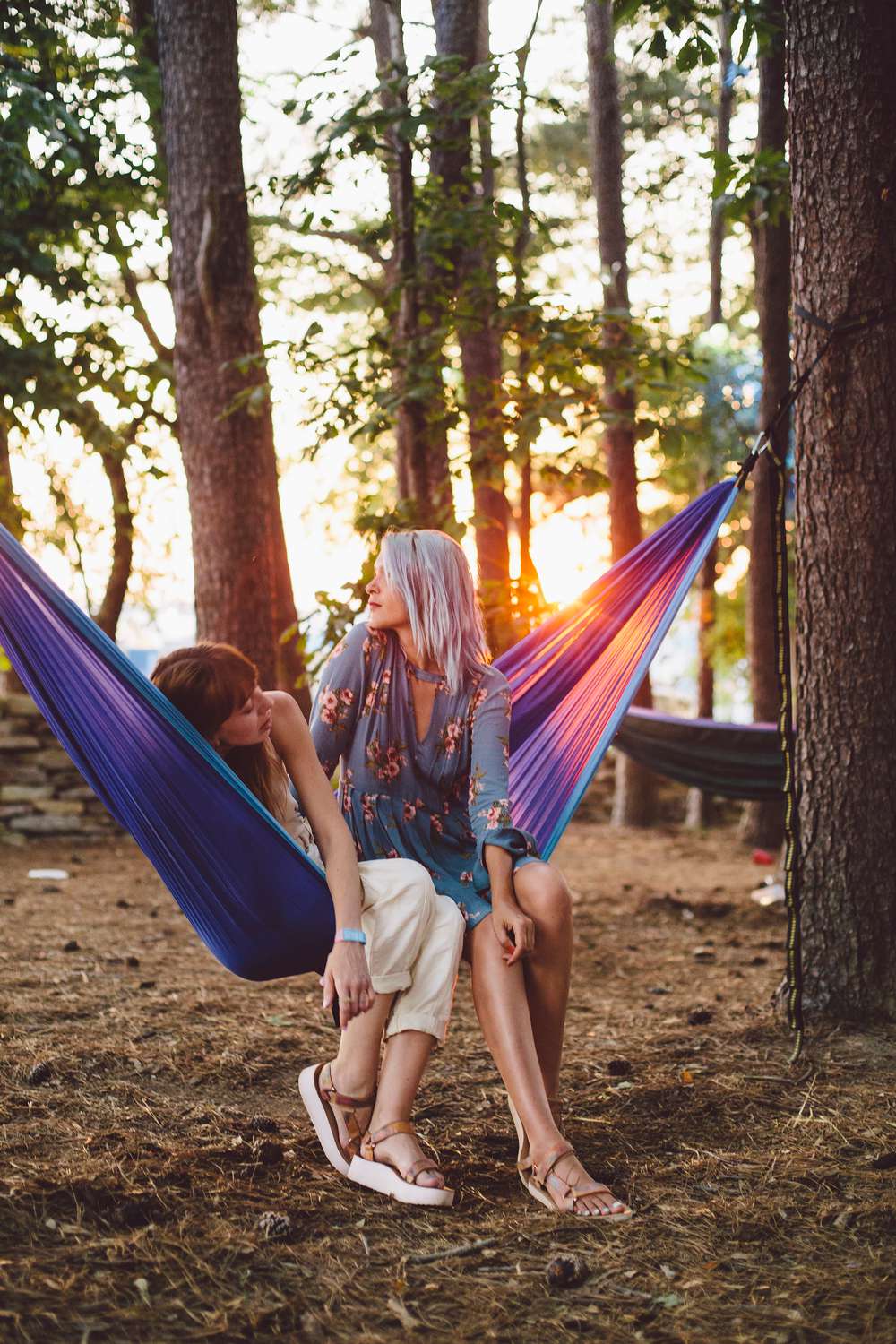 I’ve been able to watch my friend Ella Vos’ success grow over the last year and I felt so proud when she performed on the last day of Bonnaroo.  Her set was in the evening just as the sun was setting.  She was so elegant and confident and her performance was just perfect.  I truly felt honored to be there as her friend and also as a fan. 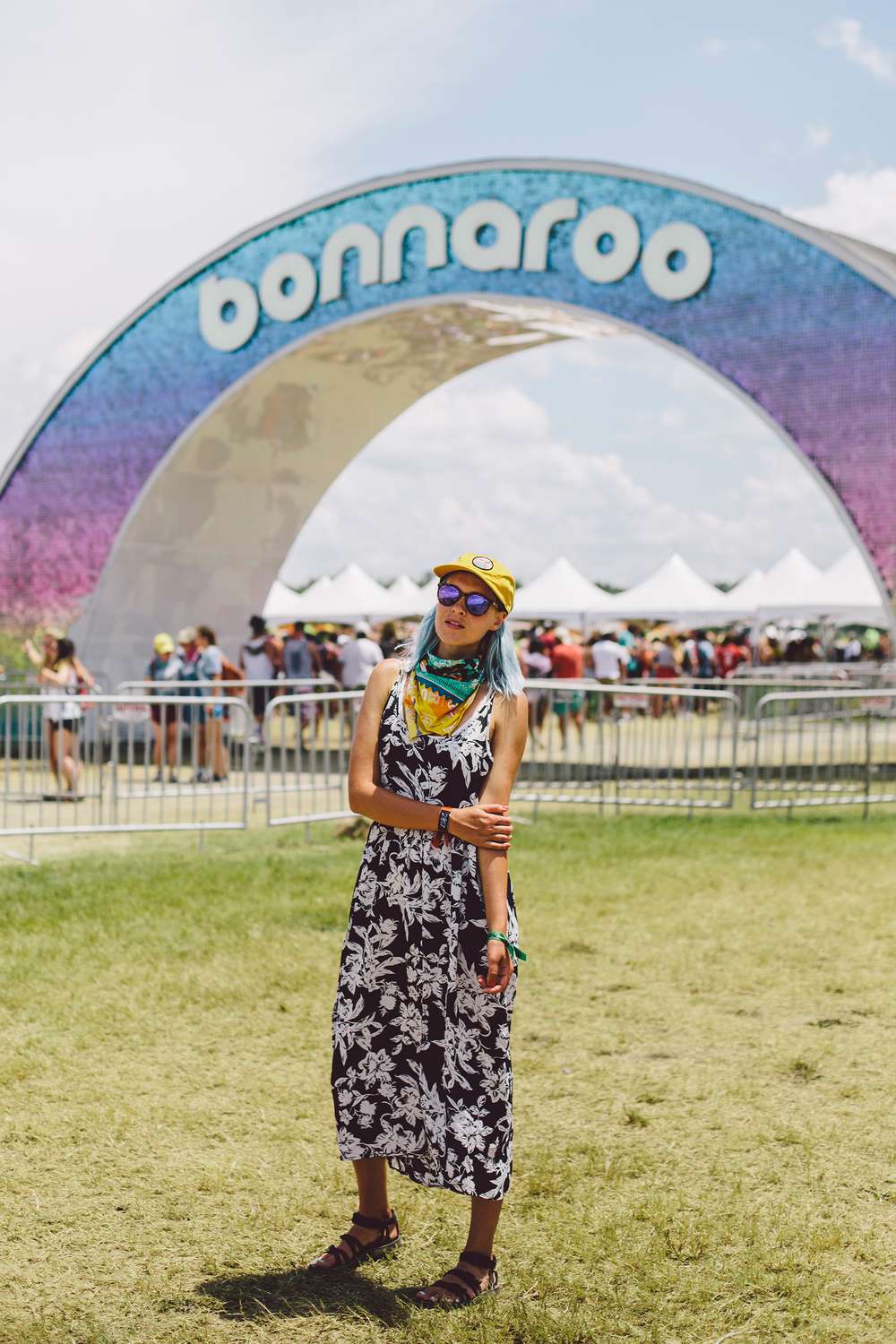 I ended up going to bed every night around 4AM because there was so much to do and see.  I could have stayed up all night if my body would have let me. I’m so looking forward to my next ‘Roo because I need more of it.

Shop our Festival Guide at Teva.com and #StrapIntoFreedom on Instagram @Teva!