to proceed despite risk.

The word “adventure” has lost a lot of its meaning in today’s engagement-hungry, validation-starved, social-media-driven society. The word used to represent an experience where the participant stepped out of their comfort zone—often while exploring the unknown—and the result was great personal growth and discovery. Those classic adventures usually had one thing in common: total engagement with—and immersion in—the environment.

“Adventure used to represent an experience where the participant stepped out of their comfort zone, often while exploring the unknown.”

Early explorers engaged in every sense of the word. They were at the mercy of each locale they explored; oftentimes weather, terrain and their ability to overcome the circumstances created by those variables would determine their fate. Many of these early adventurers gave their lives in the line of duty, while seeking to expand the collective human knowledge and potential. 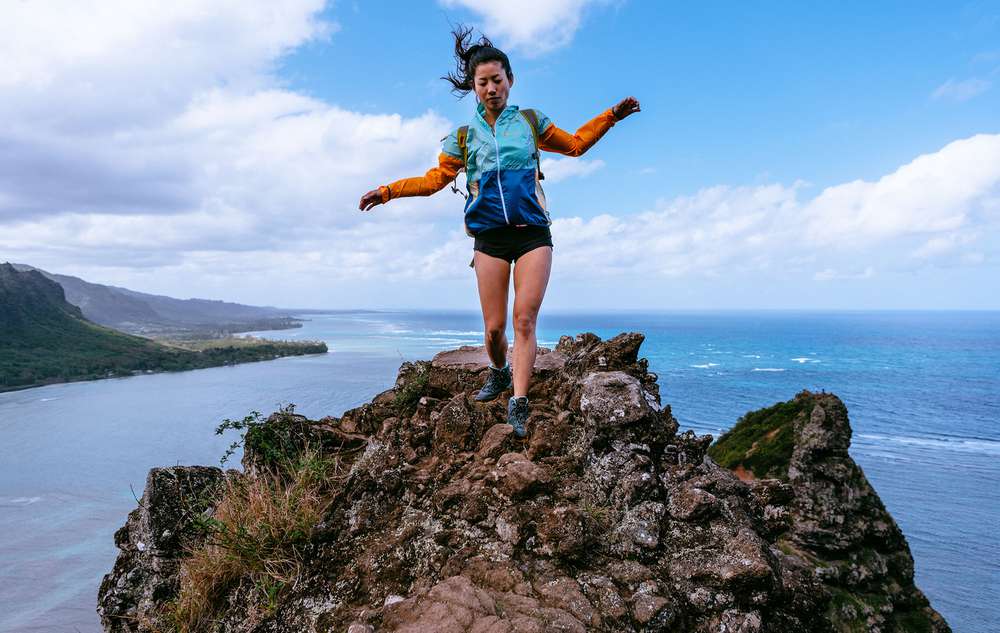 Shop the Ahnu by Teva Collection.

People like Robert Scott, who died while setting out to reach the South Pole at the turn of the 20th century. Amelia Earhart, who disappeared while attempting to make the first circumnavigational flight of the globe in 1937. Our world is better because of what they did and the way that they lived. How do we carry on their legacies? Well, today, we just stand in front of a lake and call it a day—but according to Merriam-Webster, at least, that’s not really an adventure. 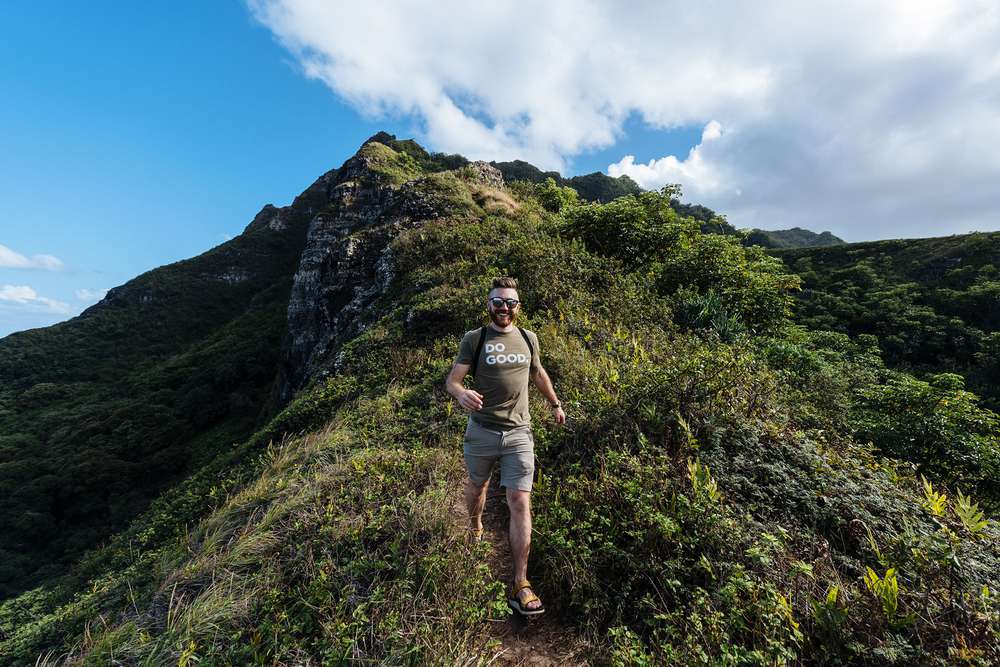 This isn’t to say that you have to go to Antarctica to have an adventure; I’m certainly not advocating that you give up your life for the sake of exploration either—not at all. A great depth of experience—true adventure—can be had, simply by choosing to engage with the environment, instead of looking at it like a painting locked behind glass at a fancy museum.

“What does it mean to engage? Climb a tree. Wade through waist-deep water. Get muddy—feel it squish between your toes.”

What exactly does it mean to engage? Grip the rocks as you scramble over a rocky path on a hike. Climb a tree. Wade through waist-deep water to feel it rushing around your body. Get a lil’ muddy—feel it squish between your toes. Stand beneath a waterfall and feel its power falling down around your shoulders. Jump into that lake, or river, or ocean. Take a swim, even if it’s cold. Revitalize your body, mind and soul through engagement with our natural world. 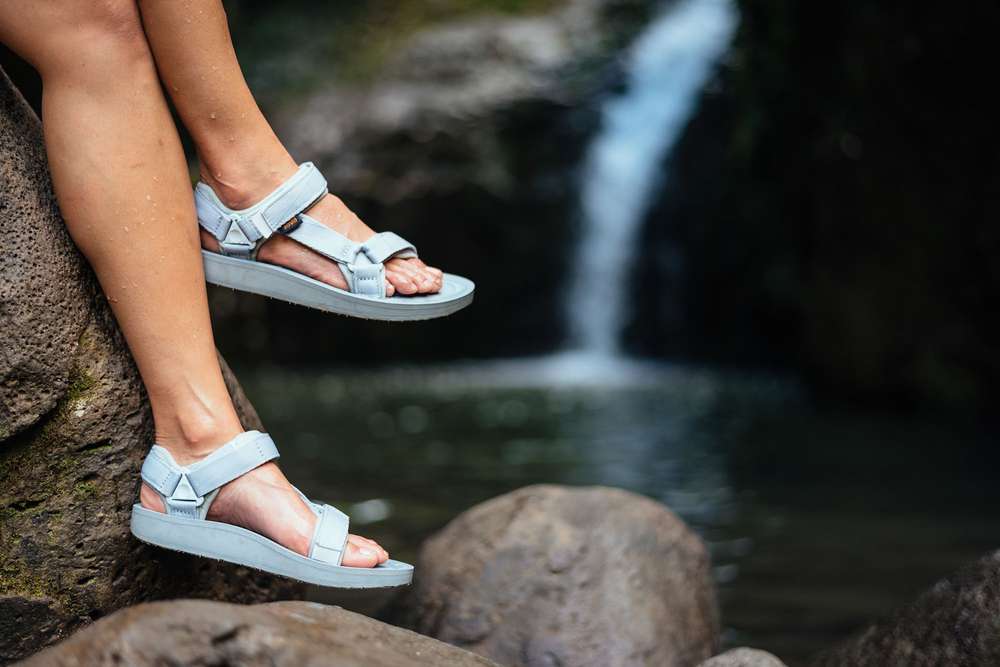 In most of my experiences, this “engagement”—this connection with nature—has been best facilitated in the wilderness—away from people, the noise of the city, and everything else. A recent trip to Oahu, however, proved that it’s possible to have that connection without having to go far—so long as you commit to really going.

“It’s possible to have that connection without having to go far, so long as you commit to really going.”

Hawaii’s most populous island is unique in a lot of ways; one of these is that nature is seemingly everywhere. Round a corner on the highway and you’ll have Honolulu in the rear-view, but the expansive views ahead show rolling hills, jagged volcanic formations, and ocean all around. The access to nature that the island provides is incredible, really. However, with that access comes people accessing it—a lot of people. That means you just have to work a little bit harder, is all. Fortunately, most people stick to the low-hanging fruit—meaning that the good stuff up high is up for grabs. 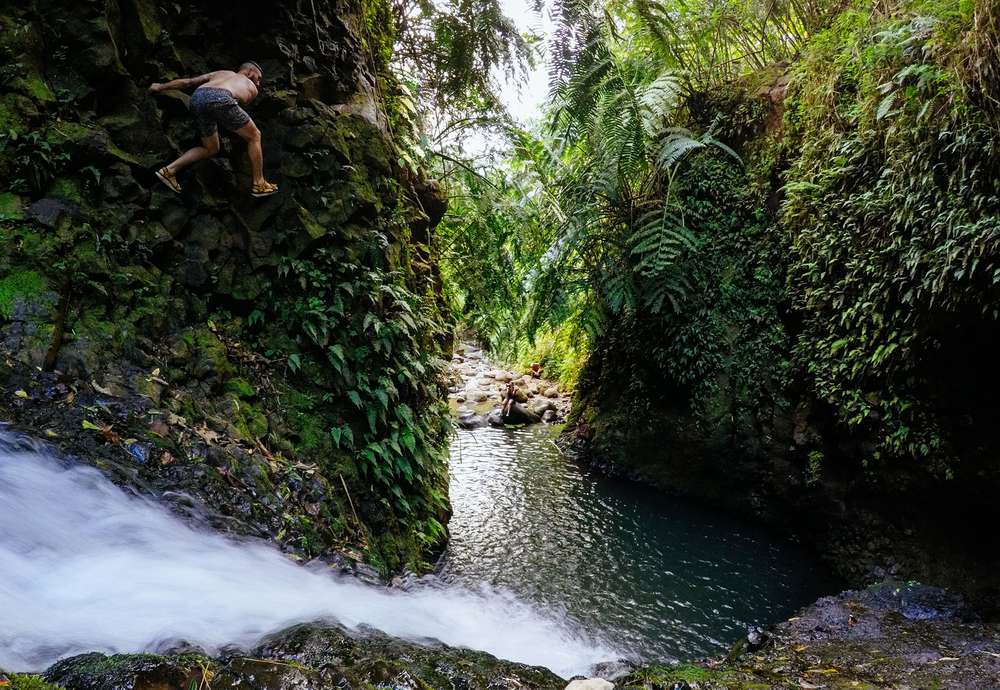 Hawaii, including Oahu, has a ton of waterfalls. It seems like everywhere you look, there are waterfalls. I love waterfalls. They represent the flow of life, in many ways; oftentimes what you see is only a tiny glimpse of what is there. Most people seeking out waterfalls, especially in Oahu only care to see the fall itself—but there’s so much more waiting to be experienced, engaged with.

“Most people stick to the low-hanging fruit, meaning that the good stuff up high is up for grabs.”

Want to experience a waterfall for all it is? Want to swim in its pools? Feel its power? Trace its descent? Then search for its source. Most people will stop at a fall’s terminus (the last place where it has the qualities of “falling,” even if the river continues) thinking that is all there is to see, but that water has to come from somewhere. 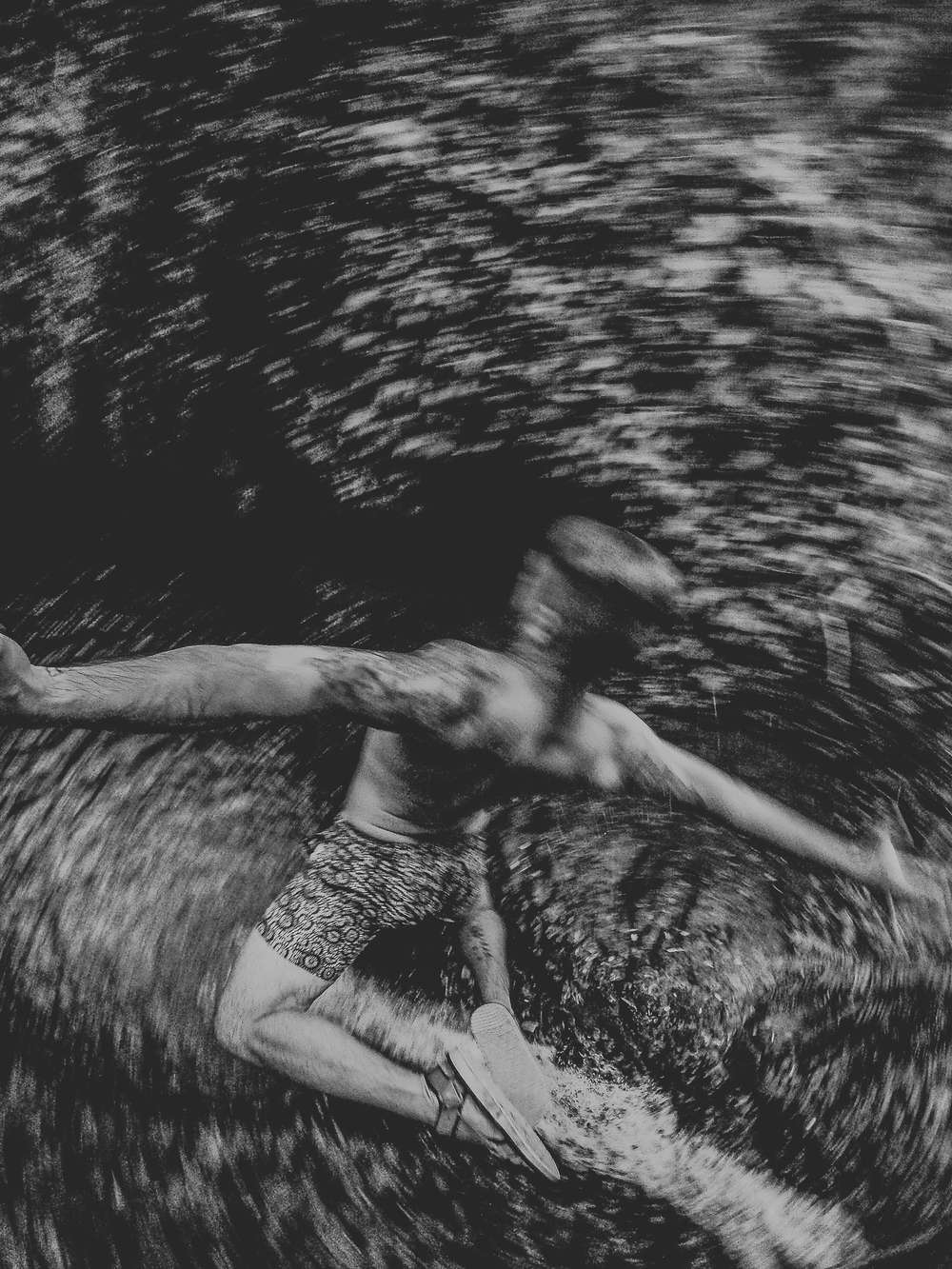 Go discover where that “somewhere” is and experience a real adventure. You might have to climb. You’re going to get muddy. You’re going to get wet. You might feel exposed, or at risk (and chances are that your gut will be right), but keep pushing. Keep engaging. Keep growing. Somewhere along the way, you’ll discover challenge, solitude, excitement, invigoration, and peace of mind—all of the ingredients for personal growth. Remember: if we aren’t growing, we aren’t thriving; and that is what adventure is all about. 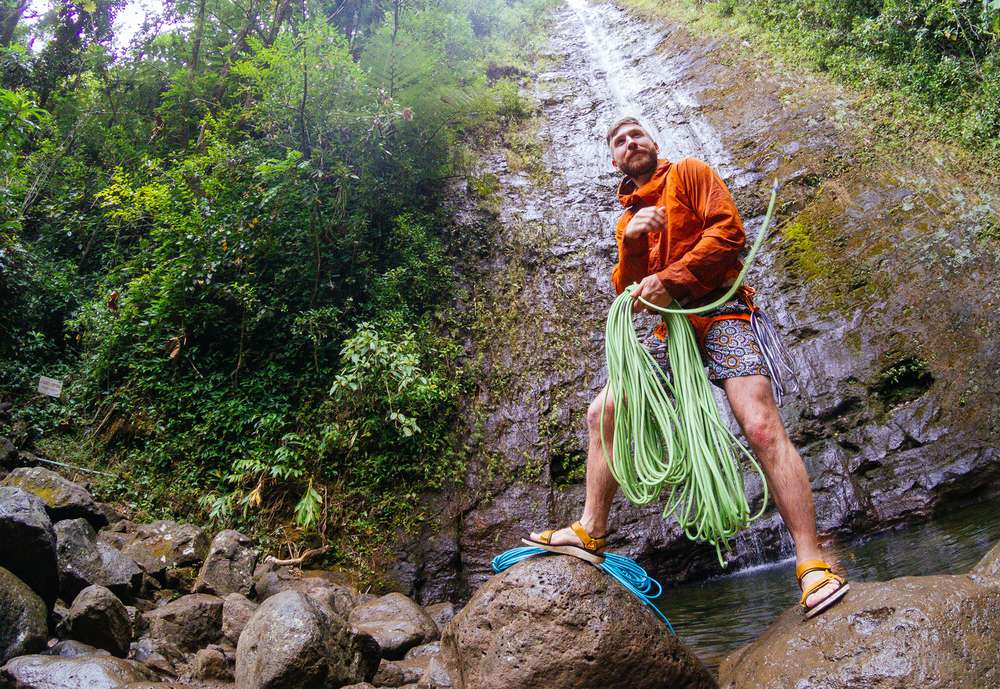 In the end, the experiences where you pushed yourself, got off the beaten path, and engaged with nature will be far more memorable and and far more definitive than the ones where you simply were a spectator, snapping a shot for Instagram. 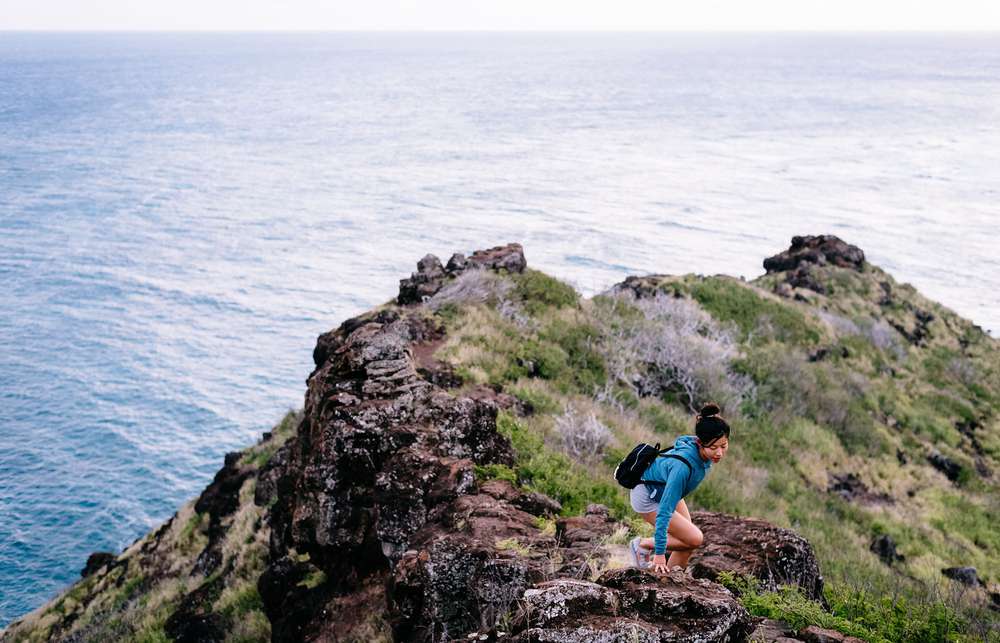 [Disclaimer: adventure can be dangerous. Always pay attention to weather forecasts, storm warnings, and respect local laws. Be confident, but also be in-tune with your own limitations and skills. Push yourself, but don’t end up on the news.]

Shop the Original Universal Premier sandal at Teva.com and show us how you embody #OldSoulNewSole on Instagram @Teva.com.