Sterling and I come from different places. He’s a military kid from Texas and I’m a Park Service kid from Minnesota. His parents are religious and mine are academics. He started investing in stocks as a teenager, while I was investing in Dungeons and Dragons characters. At 18, he moved to New York and started working in fashion; at 18, the only pants I owned were Carhartts. He rides motorcycles, mentors rock climbers, and is going to nursing school. I drive a Tacoma truck, am training a rescue dog, and still have grad school debt to pay off. At surface level, it’d be easy to assume we wouldn’t get along.

What brought us together was a shared love of public lands. Spending time together in the mountains gave us an opportunity to learn about each other in a meaningful way. In the woods, facades don’t matter much. 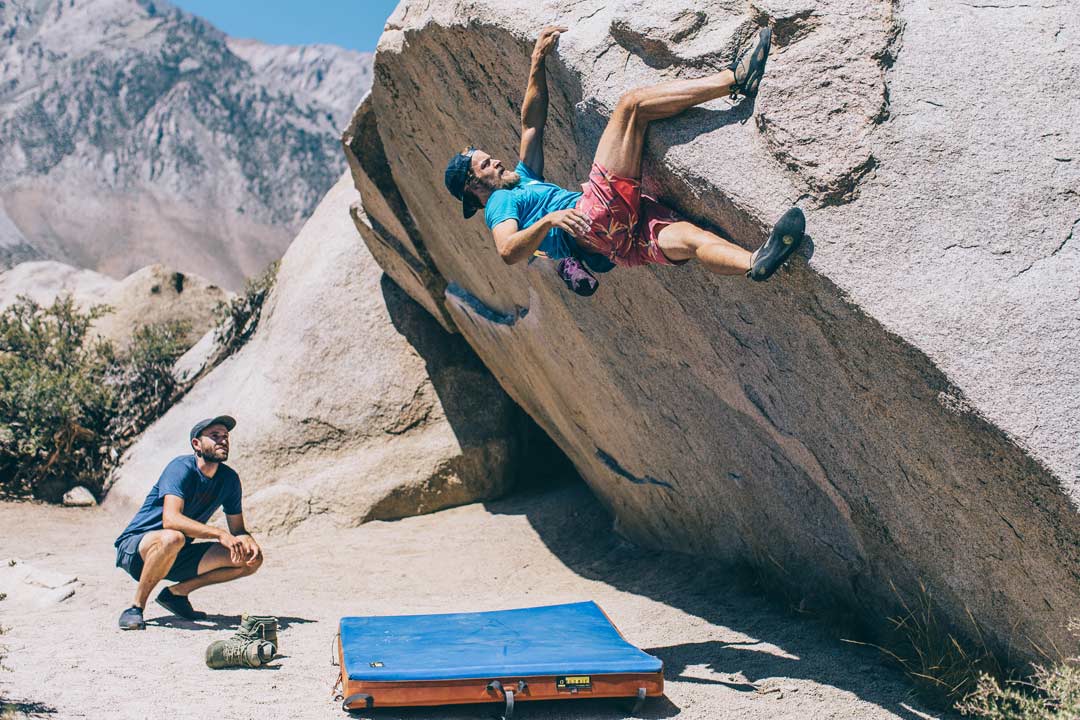 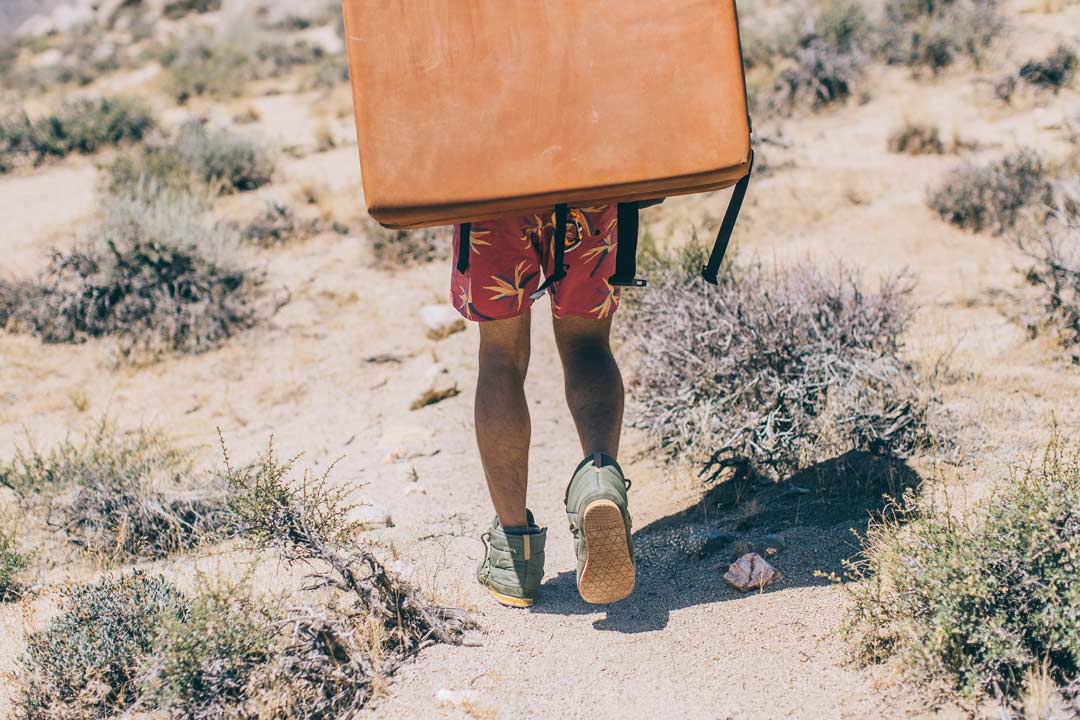 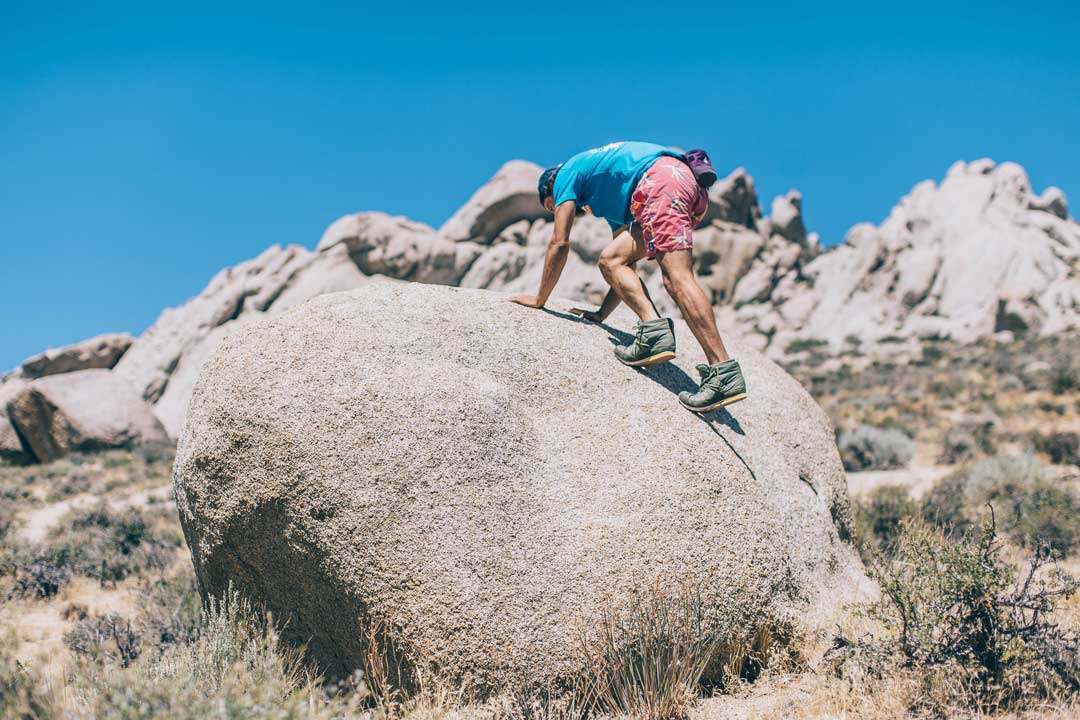 Andy and Sterling find a new use for the Men’s Ember Moc and Ember Lace in the Eastern Sierras: belay shoes.

What we learned from our time outside is just how much we have in common: We’re both exceptionally frugal, crave simplicity, and value follow through. We’re both doers. We’ve both gone through heartbreak, strive for brutal honesty, and try to give more than we get. It didn’t take long for the two of us to see eye-to-eye, despite our different backgrounds.

“In the woods, facades don’t matter much.”

Sterling and I recently spent a week together climbing in Yosemite National Park, soaking in hot springs, and bouldering in the Sierras. At least, that’s what happened on surface level. The week was actually more about the conversations we had between adventures. Conversations about family, friendship, and love. About childhood, making mistakes, and growing up. About our futures and what matters most right now. Conversations wherein we challenged each other to think critically about conservation of public lands and what environmental stewardship looks like today. 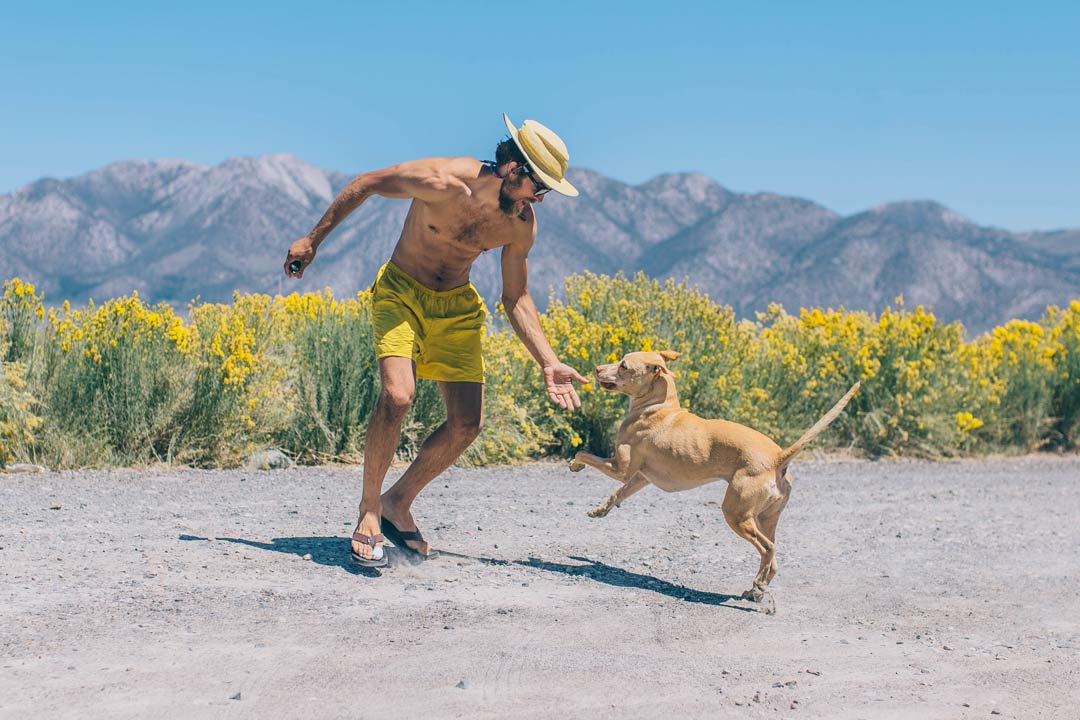 Sterling wears a vintage pair of Teva flip flops for a trip to the hot springs near the Eastern Sierras. 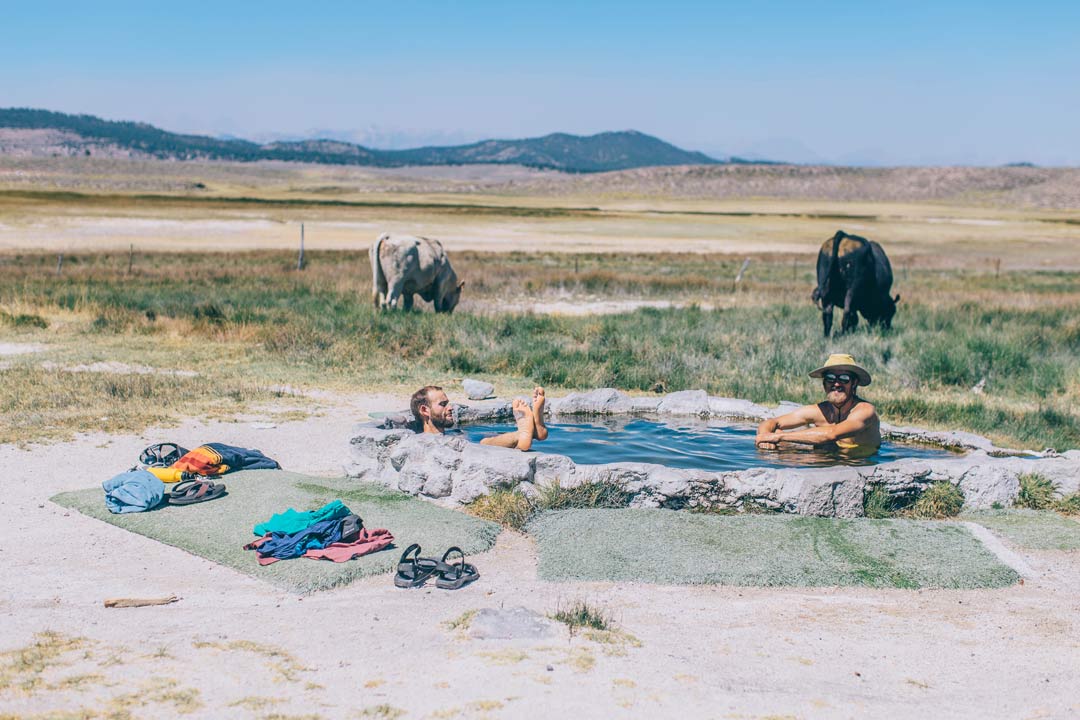 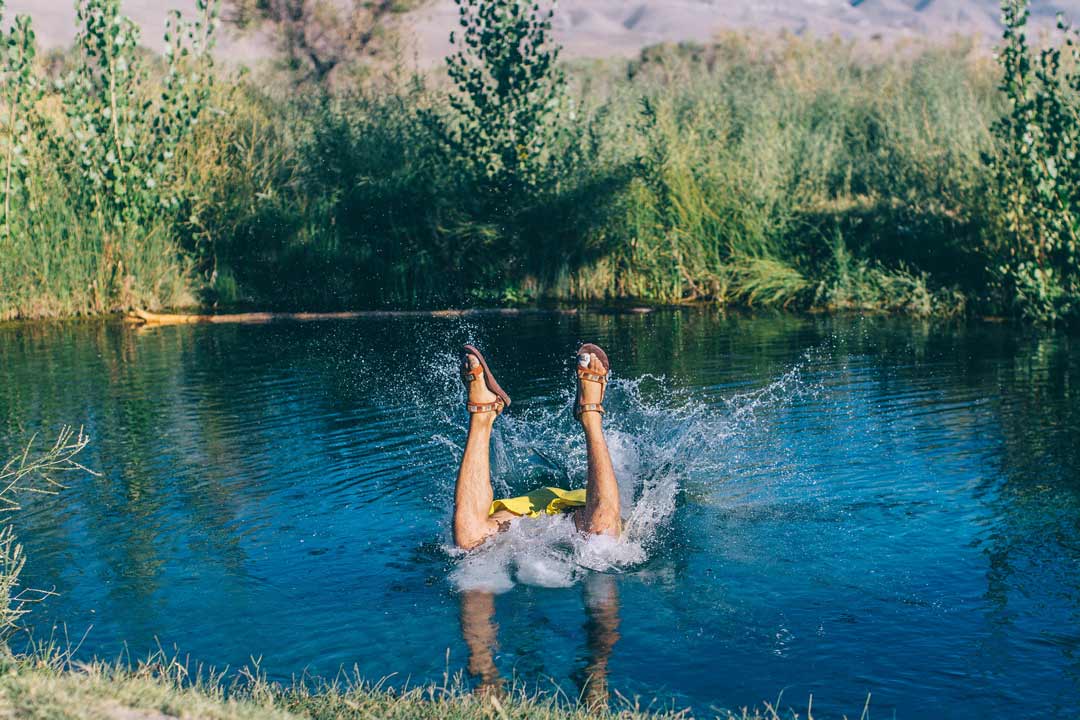 Sterling cooling off in the Men’s Original Universal sandals.

For context, Sterling spends half his year living in a van and climbing in Yosemite. He’s close friends with park scientists and local guides, and knows many of the hidden spots around the park. Each year he watches thousands of visitors come and go, while their impact stays behind. He has a unique perspective on what it means to protect the iconic park at a depth that most others don’t. I live in my truck and travel nomadically, running, skiing, and climbing on public lands across the West. What’s more, my parents met as park rangers, indoctrinating me in this conversation long ago and offering me a wide-reaching perspective. 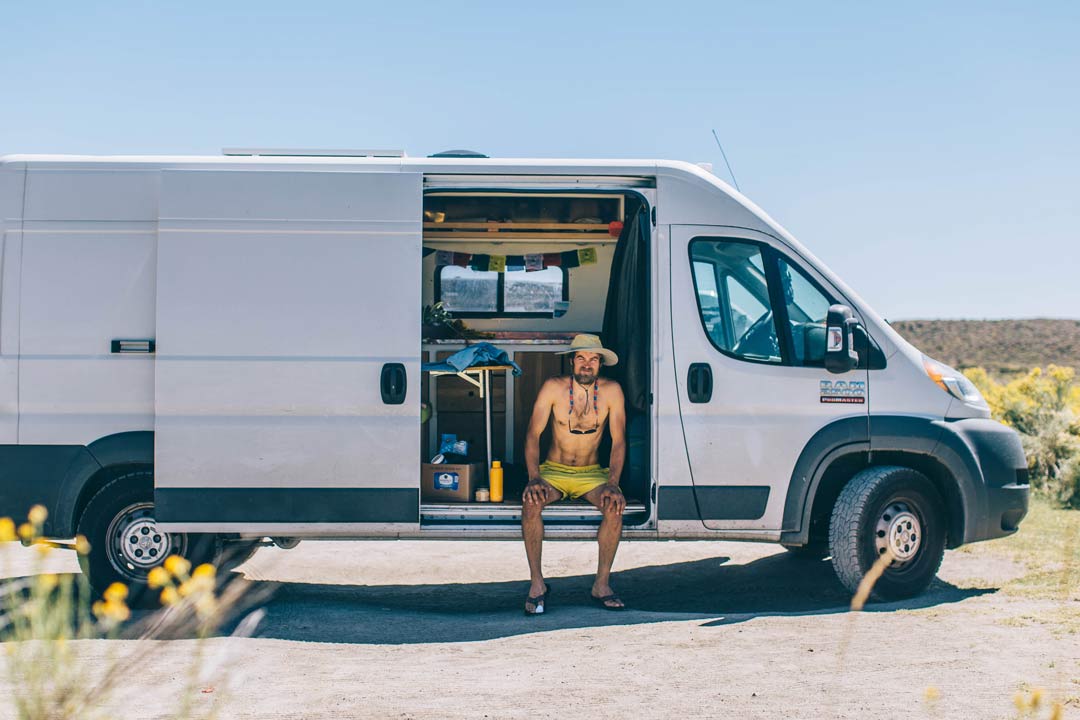 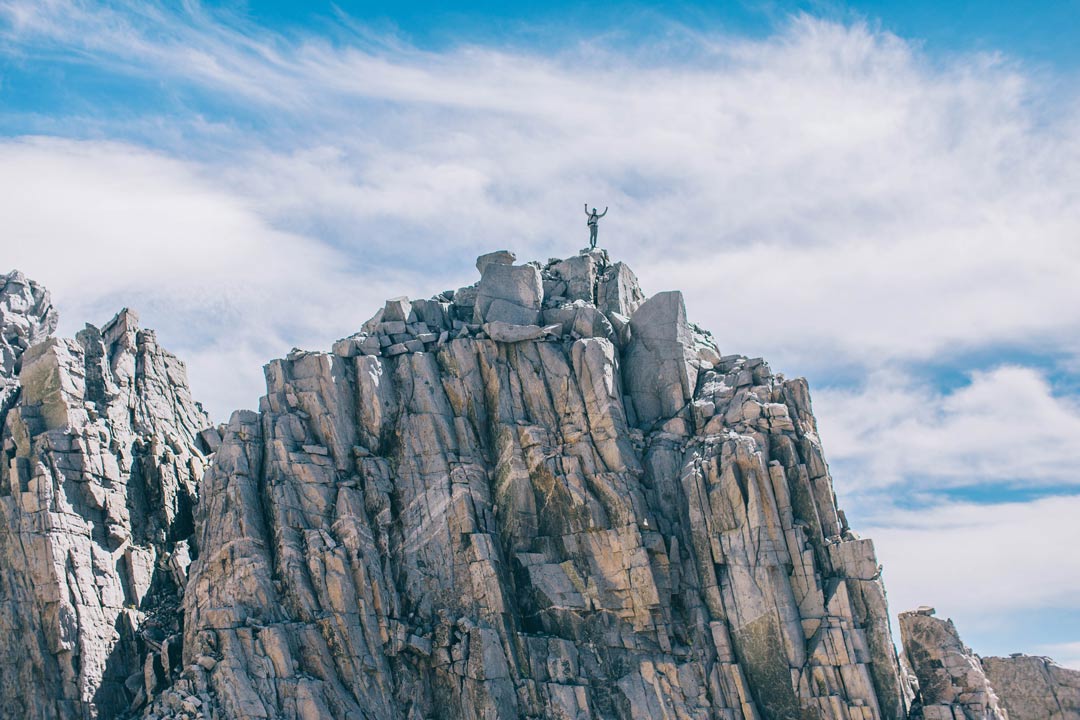 Through the course of the week some surprising insights came out of those conversations. The most destructive things in our national parks aren’t large predators or invasive species — it’s the sheer volume of people in them. Theme-park-level visitation numbers mean more people than ever are enjoying our parks, but we’re loving them to death. There’s a lot of work to be done.

Public lands go well beyond the national parks and include national monuments, forests, wetlands, waterways, recreation areas, open spaces, and all federally managed areas. In the grand scheme of things, National Parks are a small portion of the pie. For the two of us, stewardship means taking care of all public lands. 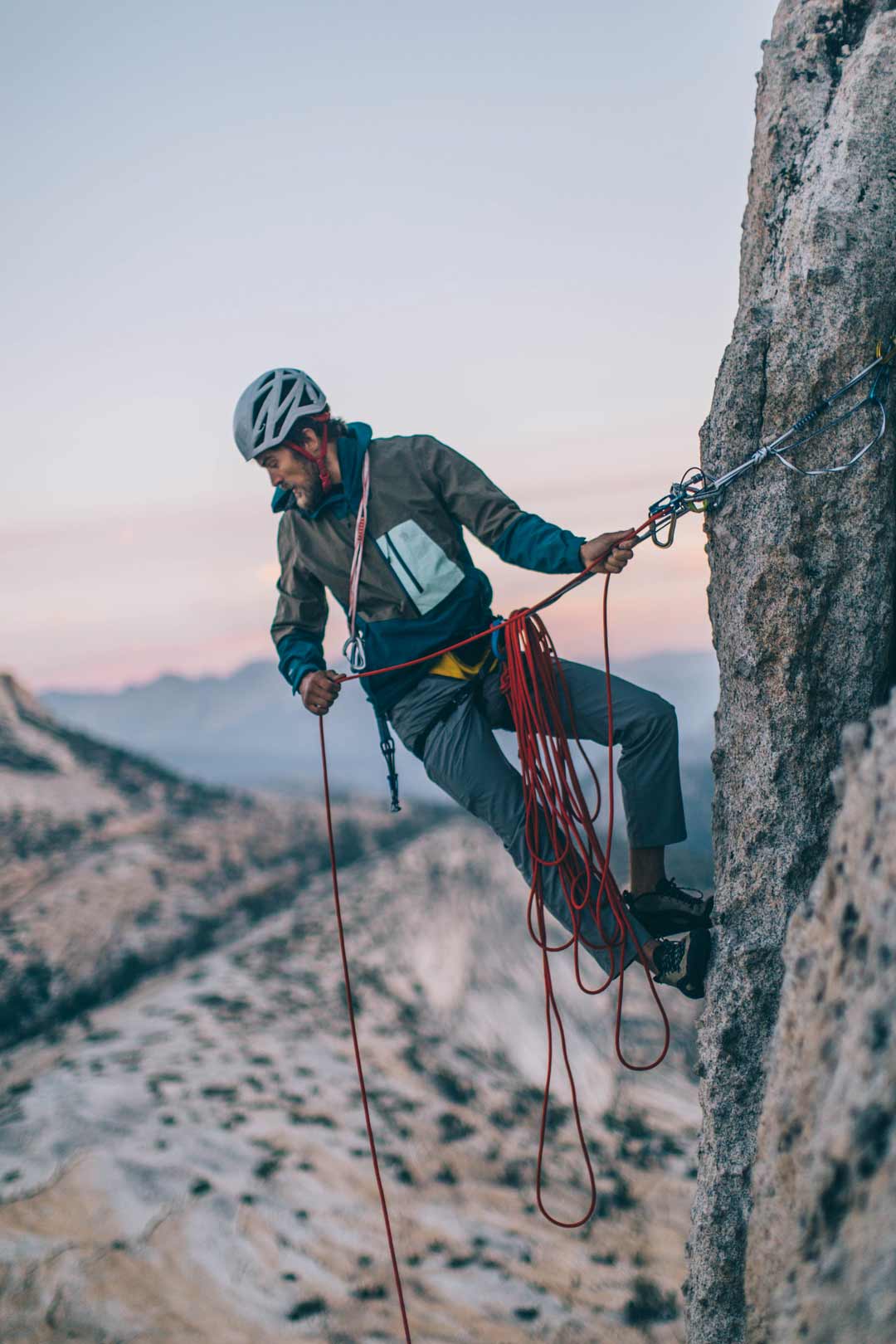 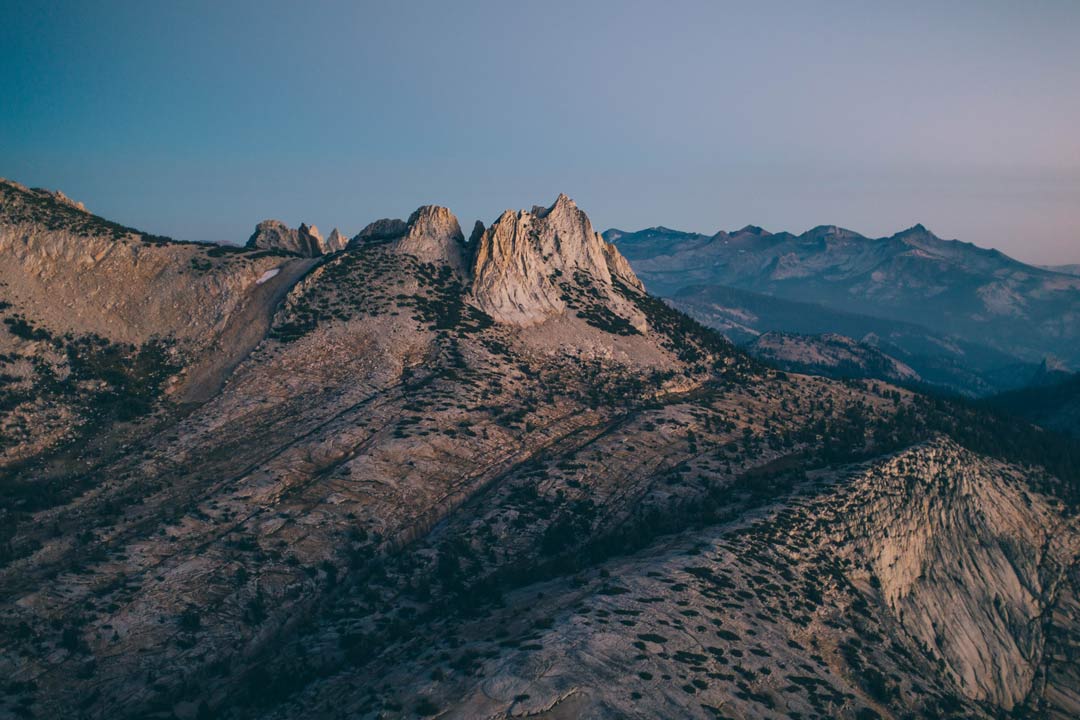 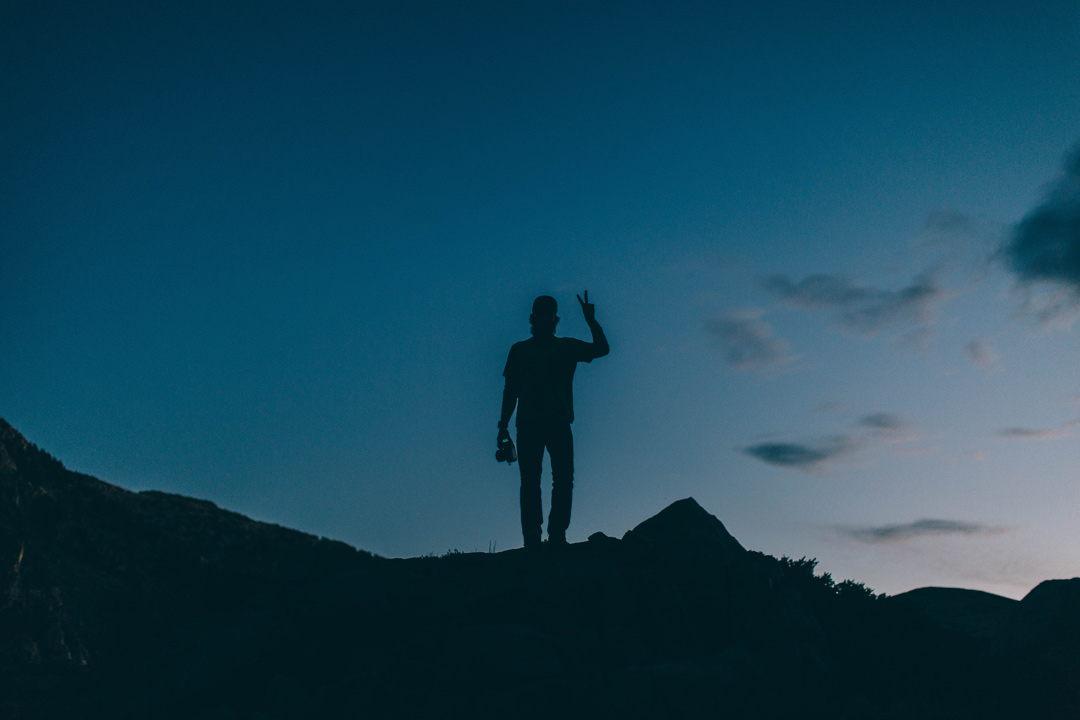 The easy place to start is with Leave No Trace principles, which both of us try to follow to the fullest extent (if you aren’t familiar, you can get to know them at LNT.org). This means respecting wildlife, disposing of waste properly, limiting campfires, respecting others by limiting loud sounds, not building cairns, not hiking or camping on fragile ecosystems like lichen, and leaving rocks, flowers, and other natural tokens where they lie.

In short, stewardship is a form of respect. Respect for other visitors, for trails and campsites, and respect for the natural world. Stewardship is a humble practice, but it’s one we’re both hopeful everyone follows one day. Maybe it all starts with conversations.