People always ask me why I travel to French Polynesia — specifically Tahiti — when I already live in a tropical place like Hawaii. Although there are similarities [insert coconut trees and perfect waves here] you can’t replicate that feeling of foreign when you travel to a different country. I feel it the moment I get off the plane and am greeted with a “Bon sous” at the Papeete airport. There’s a particular way the air feels and smells. You even sweat differently. Tahiti is just magical. 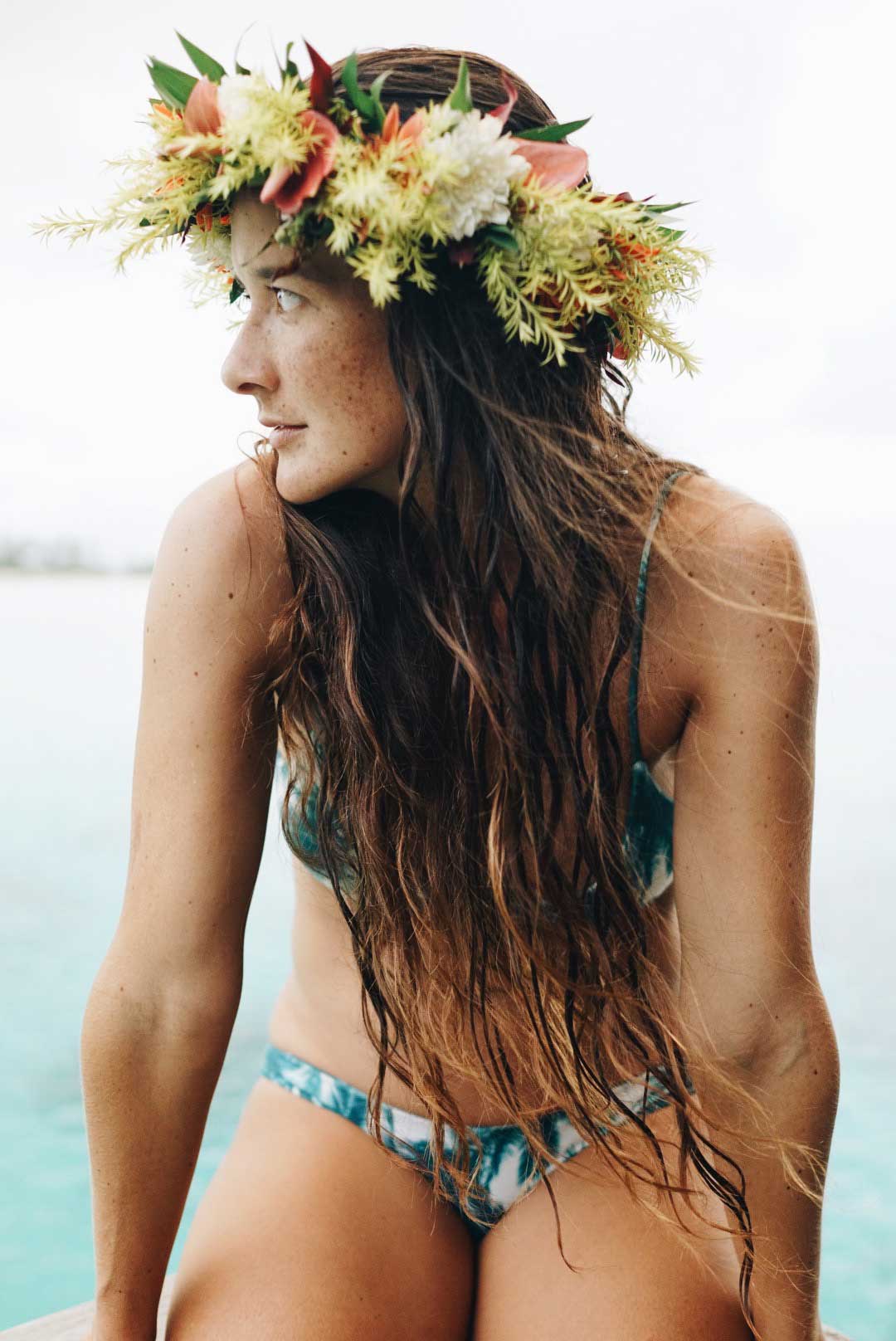 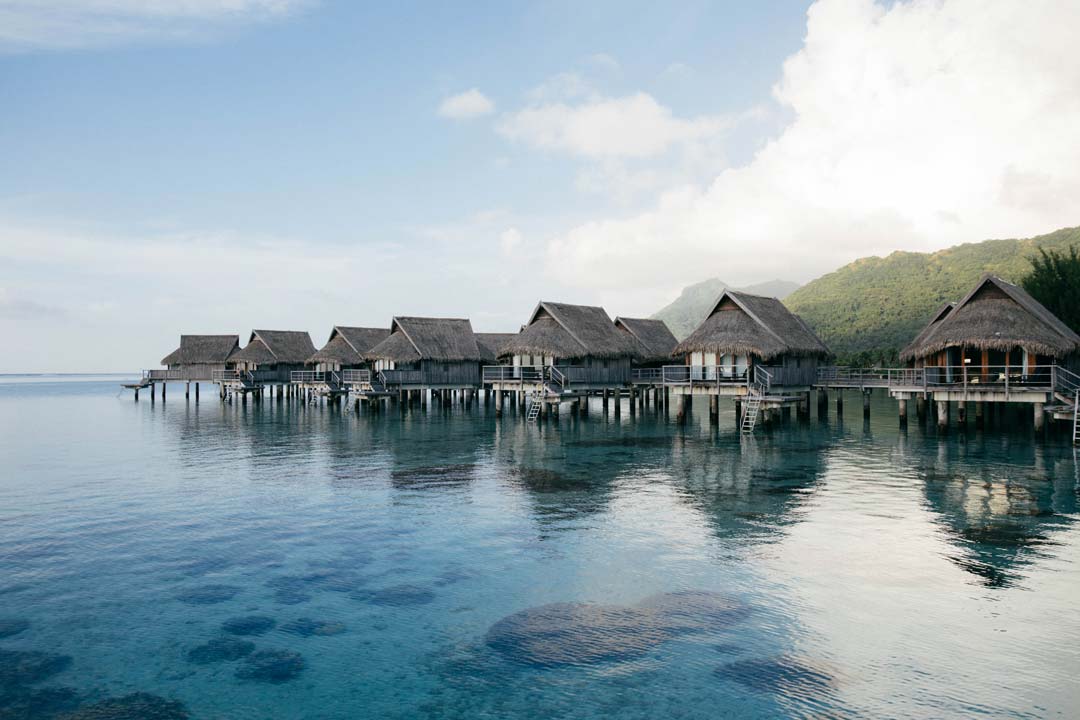 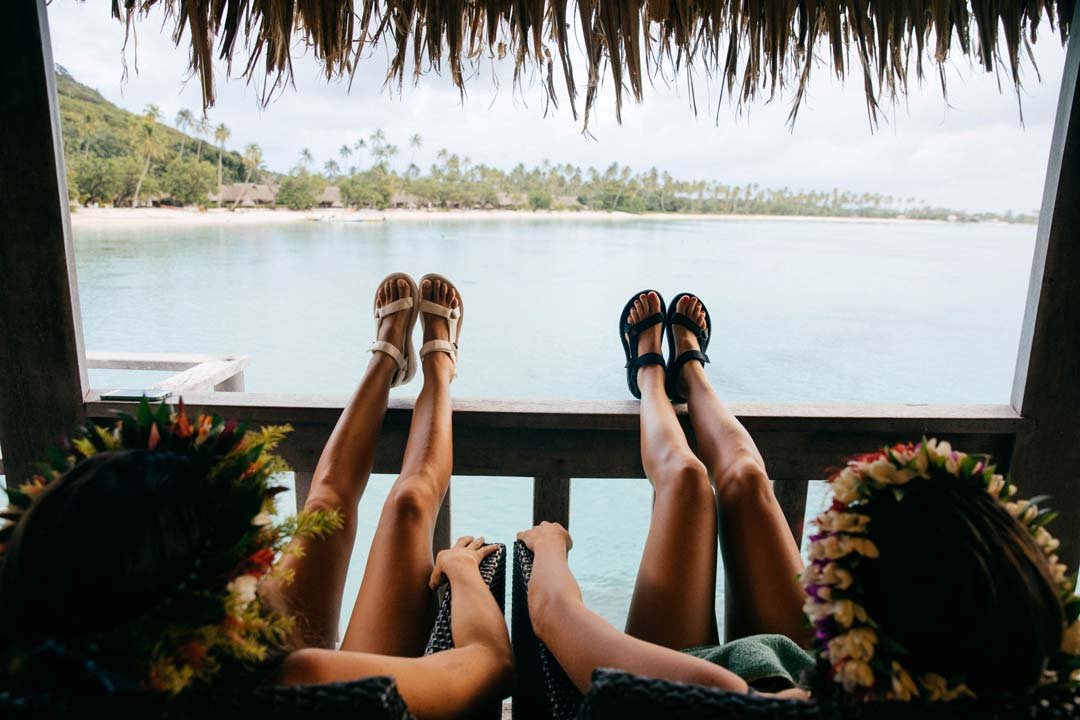 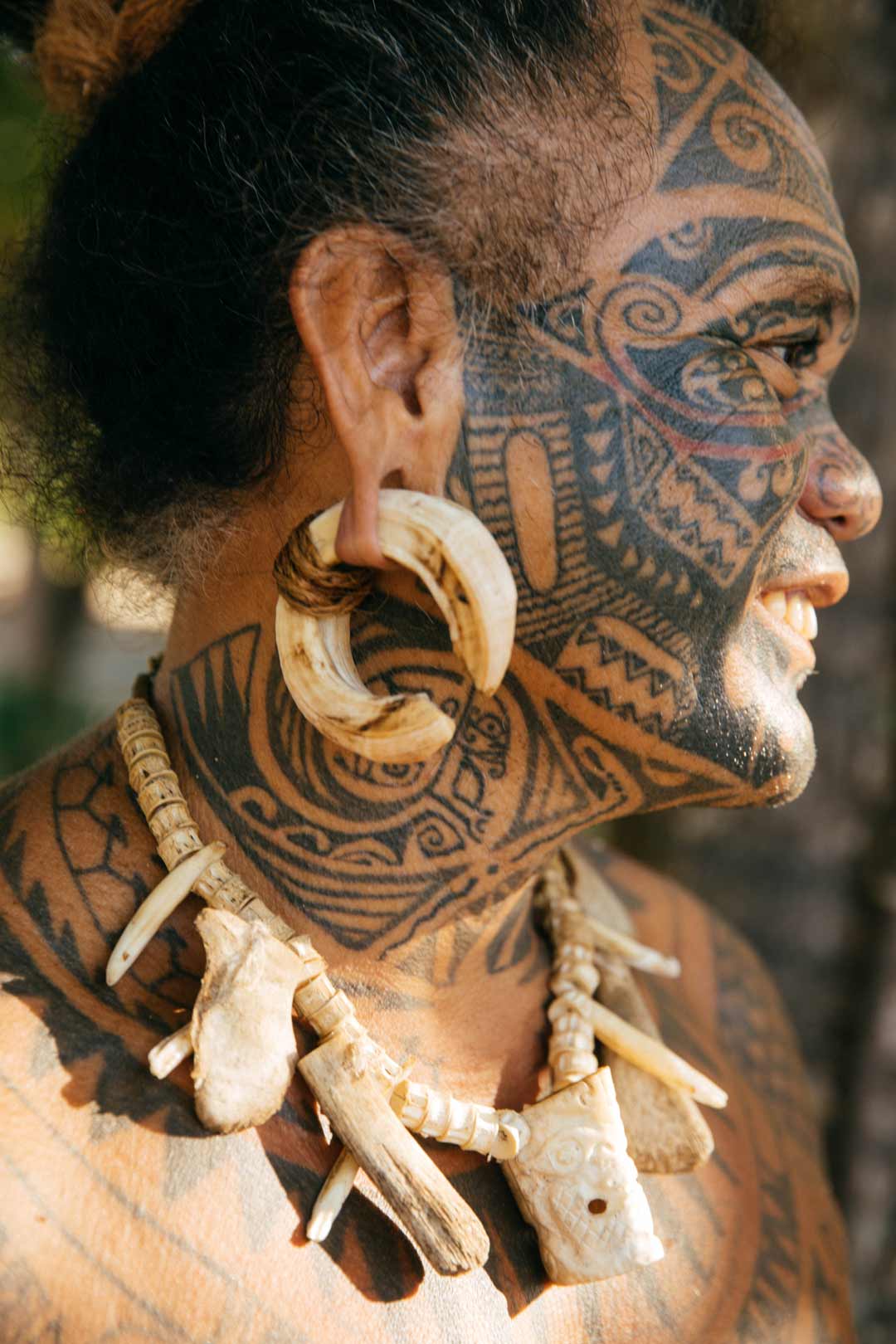 This was my third trip to Tahiti within the last six months. I don’t know why the islands keep calling me back. I’d like to think it’s because we have something special going on but I’m probably just forcing the relationship (I bought the plane tickets after all). I managed to visit Tahiti, Taha’a, and Mo’orea on our short, one-week trip. Here are a few of my favorite things about the islands:

They speak Français! I don’t speak French, but I sure as hell love to hear beautiful Tahitians speaking it around me. I sort of like the feeling of being lost in translation. I mean, don’t get me wrong, I like to communicate, but there’s something beautiful about living in the moment and trying to get by off of a few words (and a bad accent). 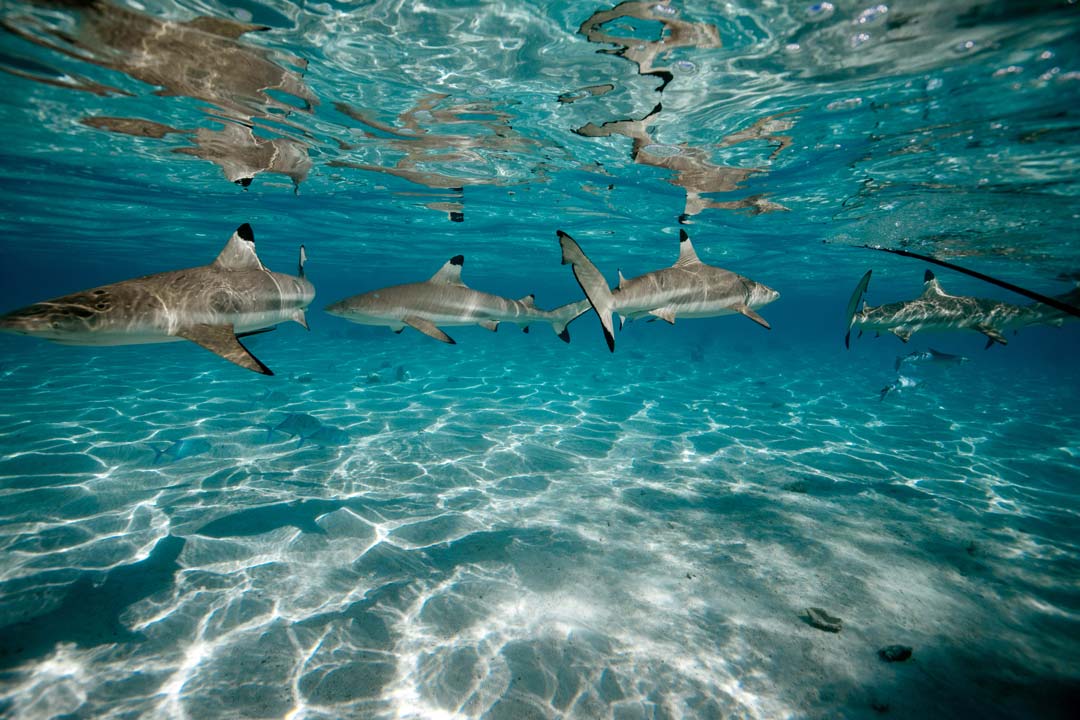 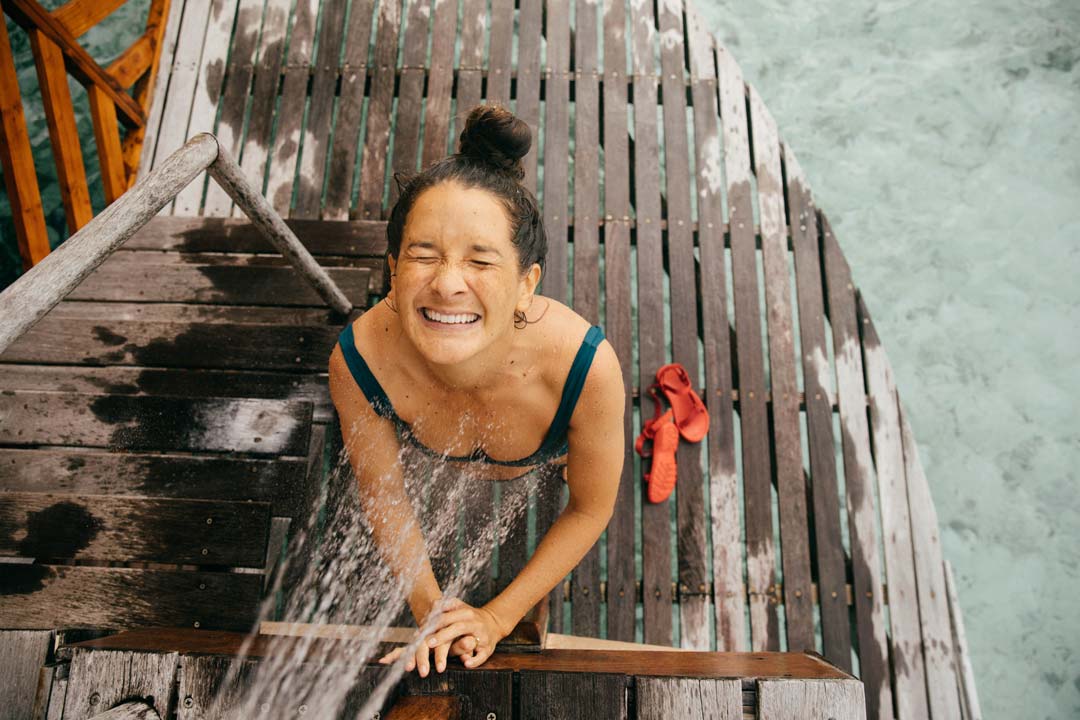 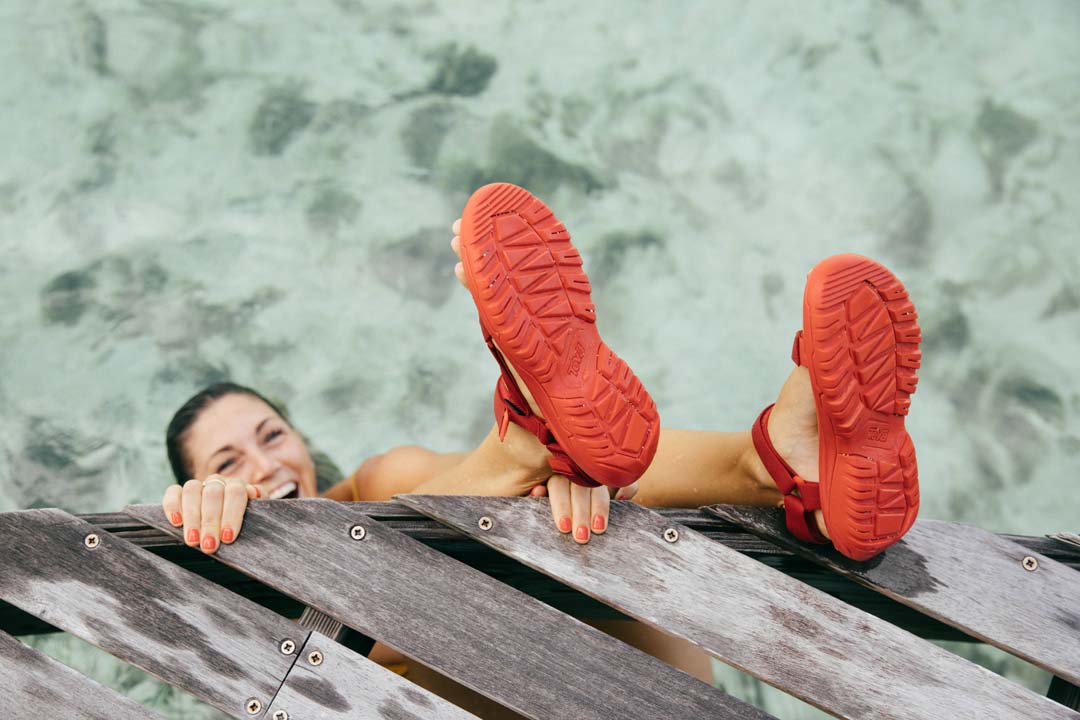 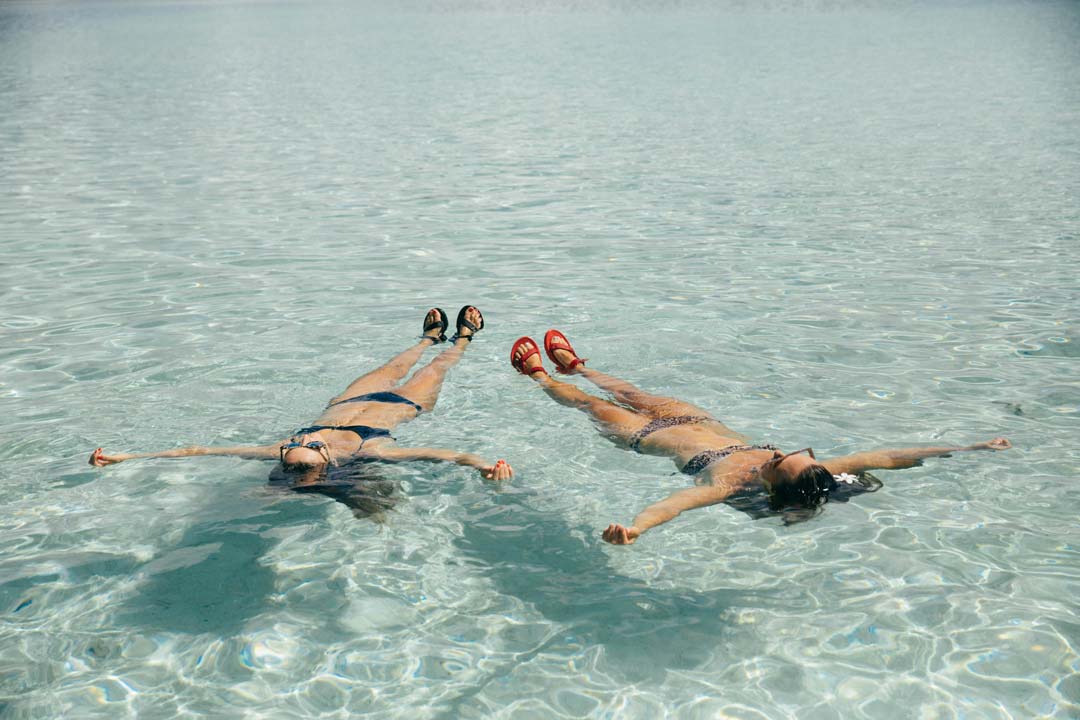 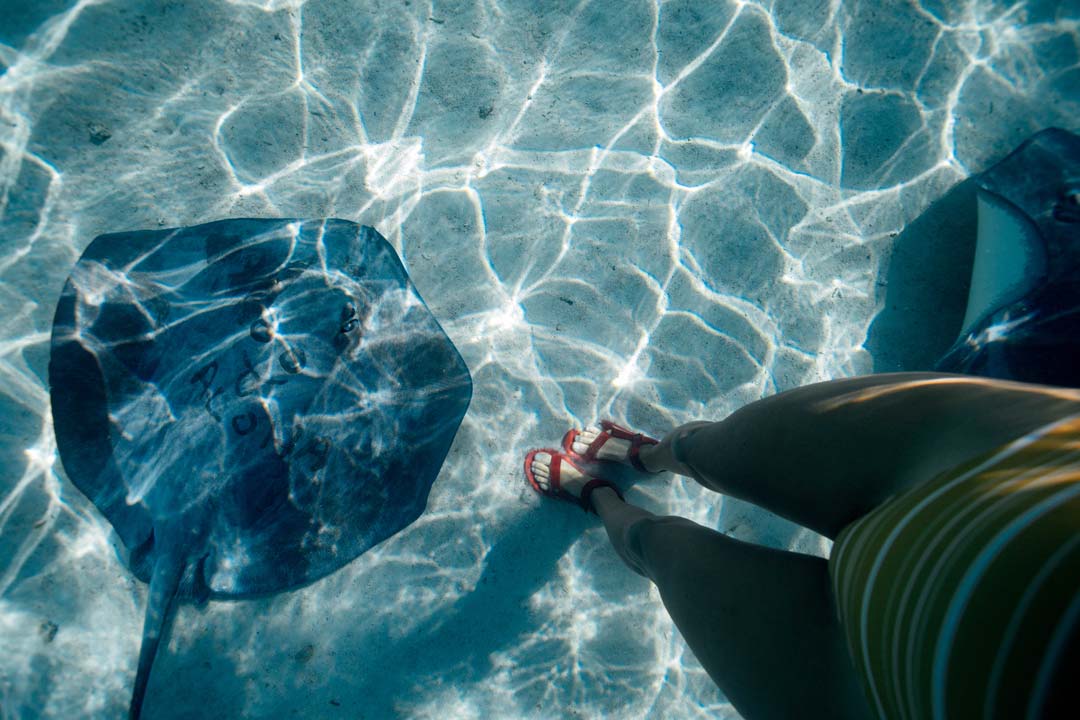 Everyone says “Bonjour”! If you say hello, they say hello back, and with a smile, too. Most places it can be a hit or miss, but you’re almost guaranteed a friendly salutation from a Tahitian. This is something I really appreciate because I am from Hawaii, where we should be equally as friendly (and although that mentality still exists in most places in Hawaii, a lot of the love is being lost to grumpy, unhappy people).

Poisson Cru and baguettes. By far one of my favorite food dishes, ever. I don’t usually eat fish but I make an exception when I go to Tahiti because I’m pretty sure the fish are happy and the ocean isn’t overfished. Literally translating into “raw fish,” this dish is a mix of fresh ahi, fresh squeezed coconut milk, fresh Tahitian lime, and all kinds of other fresh veggies (have I said fresh enough?). Thanks to French influence there is no shortage of cheap baguette — it’s available at every restaurant and magasin.

The music. Tahitian music is fast, fun, and so unique to the islands. Similar to the Hawaiian ukulele, but with eight strings instead of four, the Tahitian ukulele has a really unique sound and it’s so fun jam out to Tahitian music when you’re driving around the island.

The lagoons and sea life. Most of the islands in French Polynesia are surrounded by an outer reef, creating deep seas on the outside and shallow lagoons within. This is a very different ocean life than I am used to. These shallow lagoons create beautiful, shimmering waters and attract a lot of sea life. When we were on Mo’orea, we spent most of our time in the lagoon with the sharks and rays (one of my most favorite things to do). 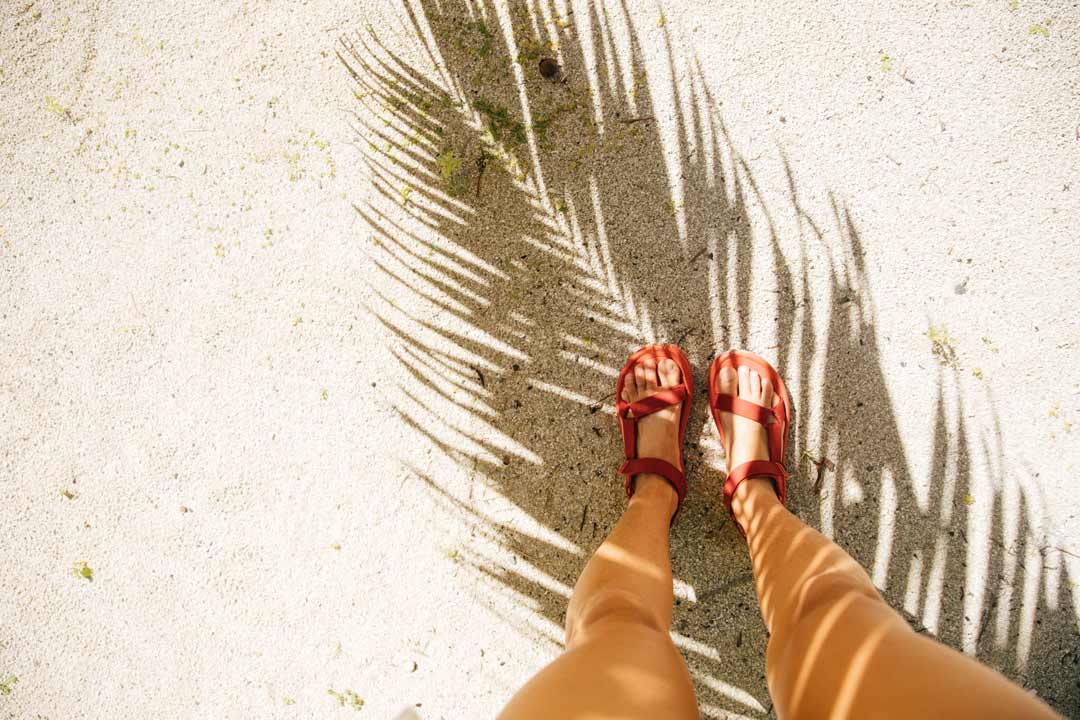 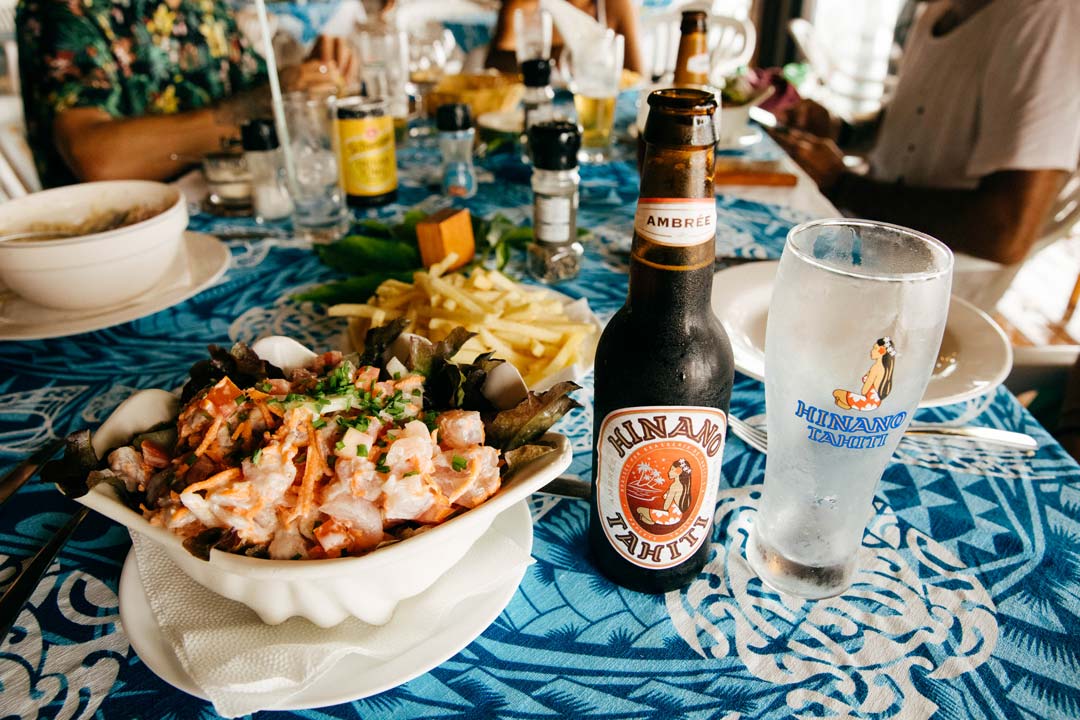 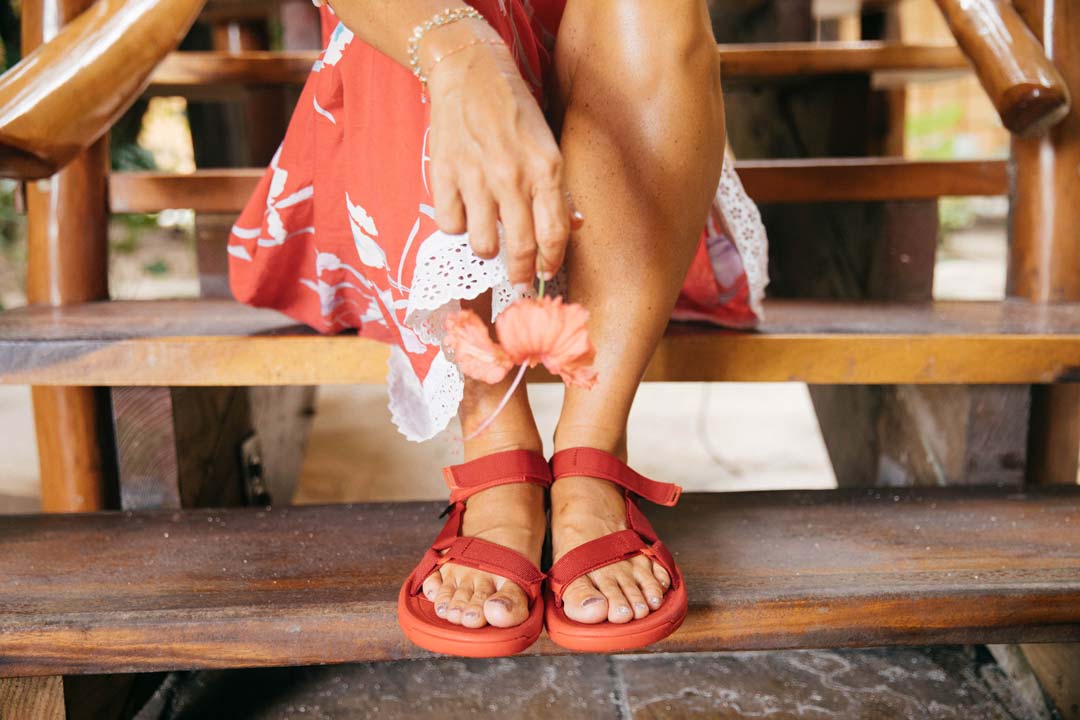 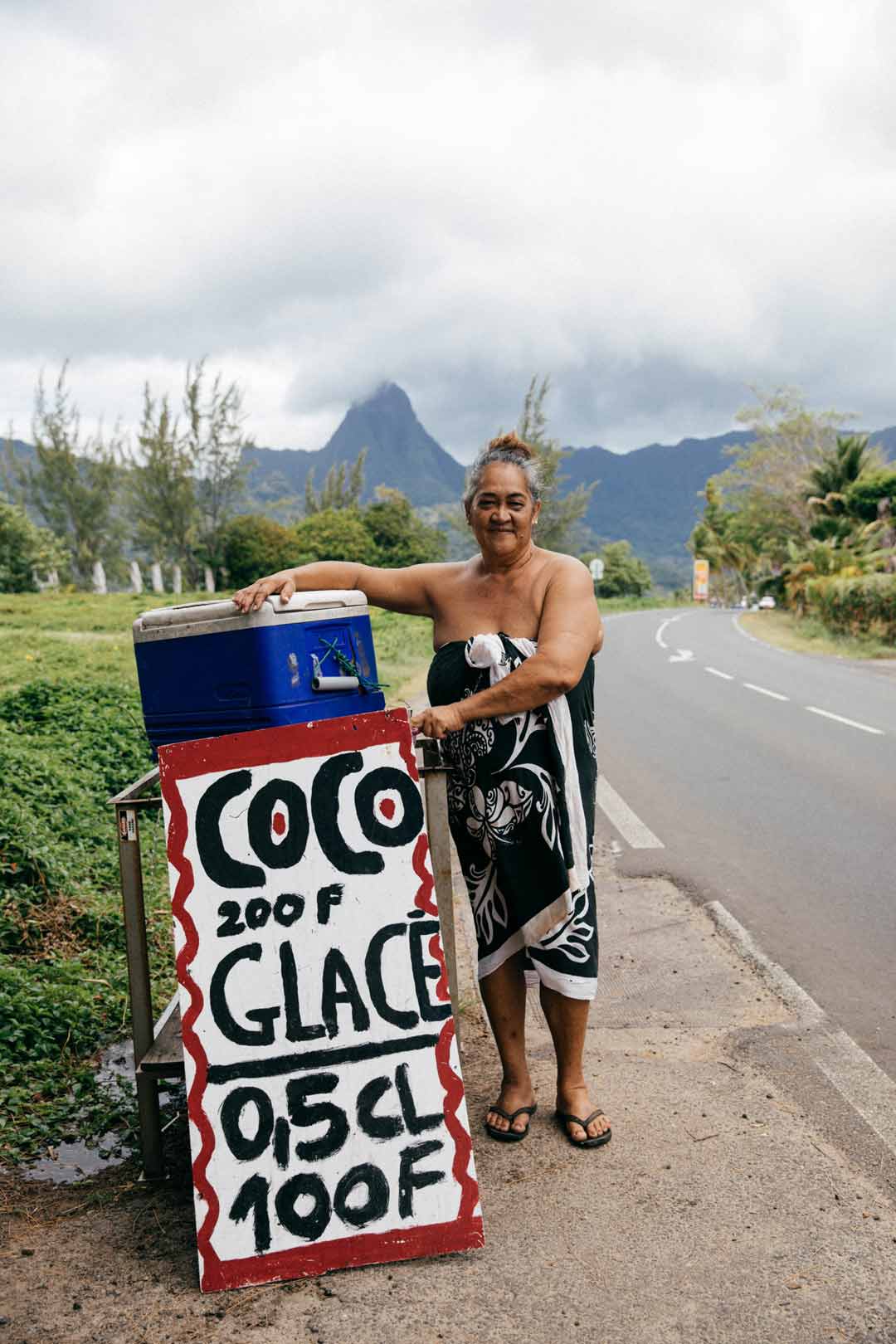 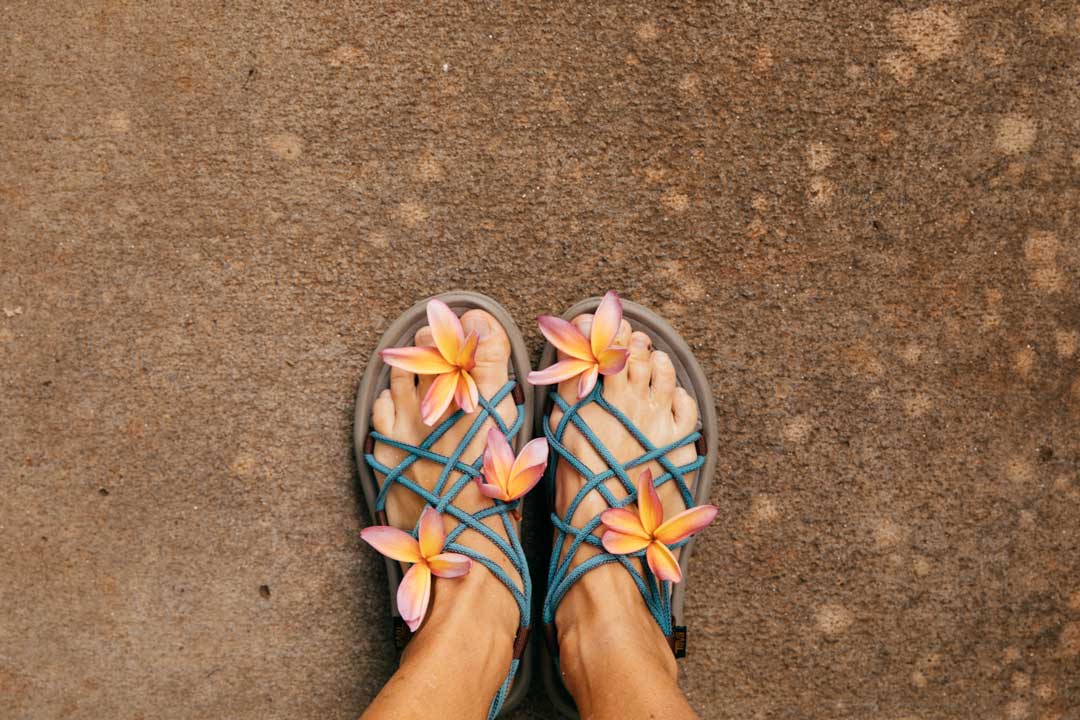 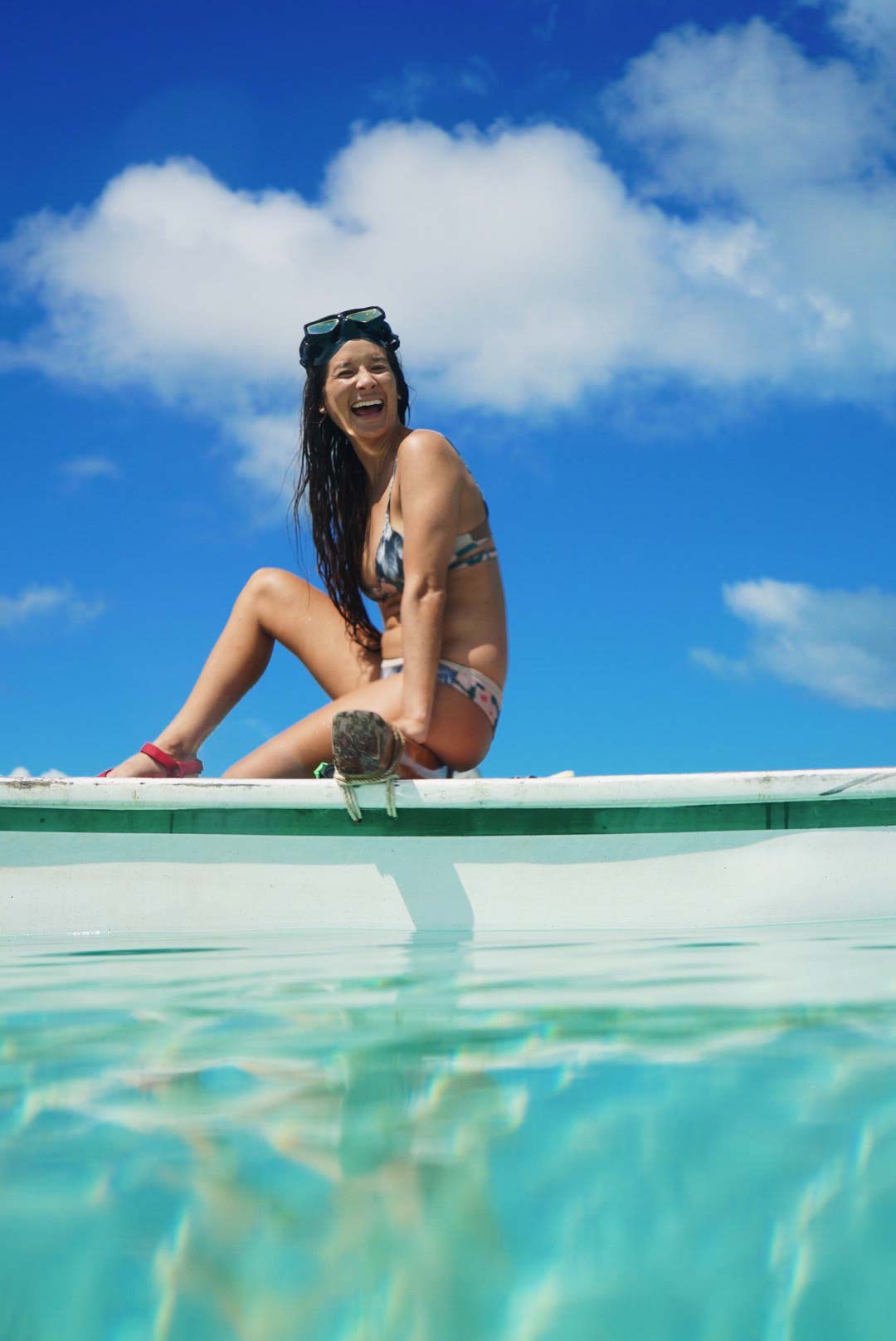 Almost everyone’s life is centered around the ocean. I have never spent more time on or in the ocean as I did when I was in French Polynesia. It’s a lifestyle Tahitians take very seriously in the friendliest, best possible way. If they aren’t paddling, sailing, fishing, or diving, they’re wadding in shallow waters or chilling out with stingrays. They even have huge lagoon parties on the water (we “accidentally” went to one at Coco Beach, a motu off of Moorea).

There is a common poisonous fish throughout French Polynesia called “Stone Fish.” Unlike Hawaii, where most people go barefoot into the ocean, most Tahitians wear slippers when they tread through shallow water to avoid the Stone Fish. The Hurricane sandals were definitely our first line of defense (and fashion) as we made our way through the waters. We wore them everywhere: paddling canoes, swimming with sharks and rays, cruising in the water, adventuring to little motus, going to lunch…you get the idea. The Hurricane sandals were perfect for our everyday water adventures — of which, when you’re in French Polynesia, there’s certainly no shortage of.

Shop Tara’s Favorite Styles and pick up our Hurricane Collection sandals at Teva.com.