Surfing and film have always gone hand in hand—but rarely are the two brought together so artfully as when Trevor Gordon is at the helm. After a sojourn in Canada inspired the artist to go on what he calls a “Bigfoot bender,” his filmmaking compass again turns toward the waves for “Tail Fin Trials,” a short video where nothing is quite what it seems.

Last time we chatted, you were living out of your truck in the Pacific Northwest. What are you up to now?

Last summer my wife and I bought a sailboat that we have been living on in Santa Barbara, California. It’s been insanely fun and I can’t picture myself living any other way. Right now we are gearing up for a three-week trip in which we will visit almost all of the Channel Islands off Southern California. This trip is a shakedown trip for a sail to Baja this fall. 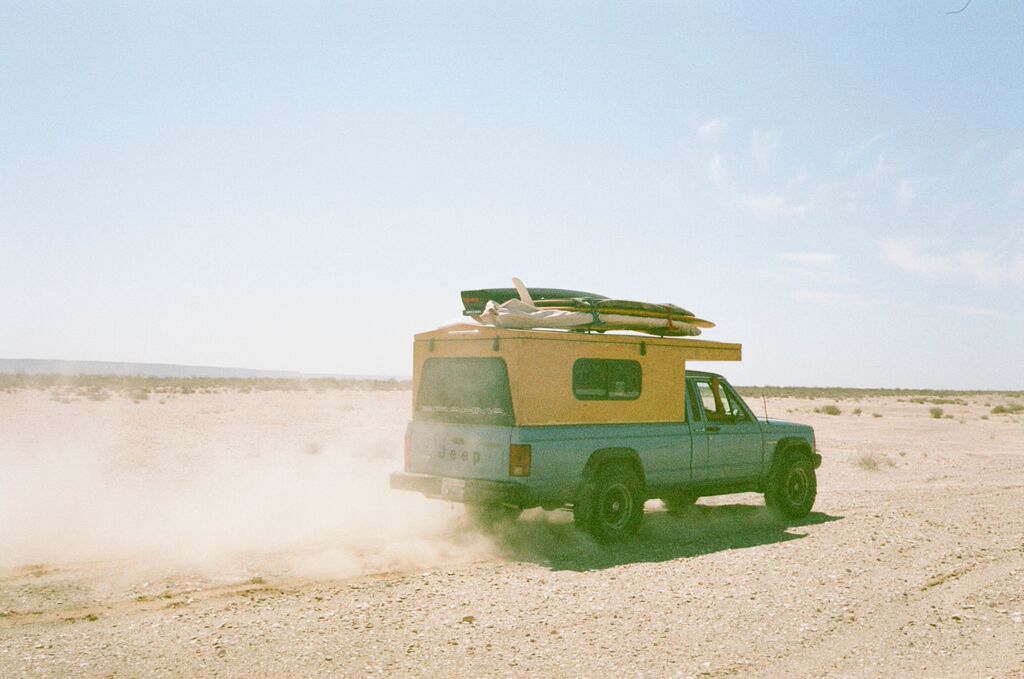 Your artwork is filled with textiles and has a really natural, almost folksy feel—what types of situations or vibes do you like capturing most?

My art is always changing, depending on where I am living. I used to live in a regular house last year, and I had a pretty big studio that I could do large paintings in. Now I’m on the boat so I’ve been working a lot smaller—simple ink on paper stuff and some collage. My subjects are loosely based around places I’ve travelled to for surf. I went to Canada a couple of years back and heard a lot of Bigfoot stories from this boat captain we were sailing with at the time and from there subsequently went on a Bigfoot bender. 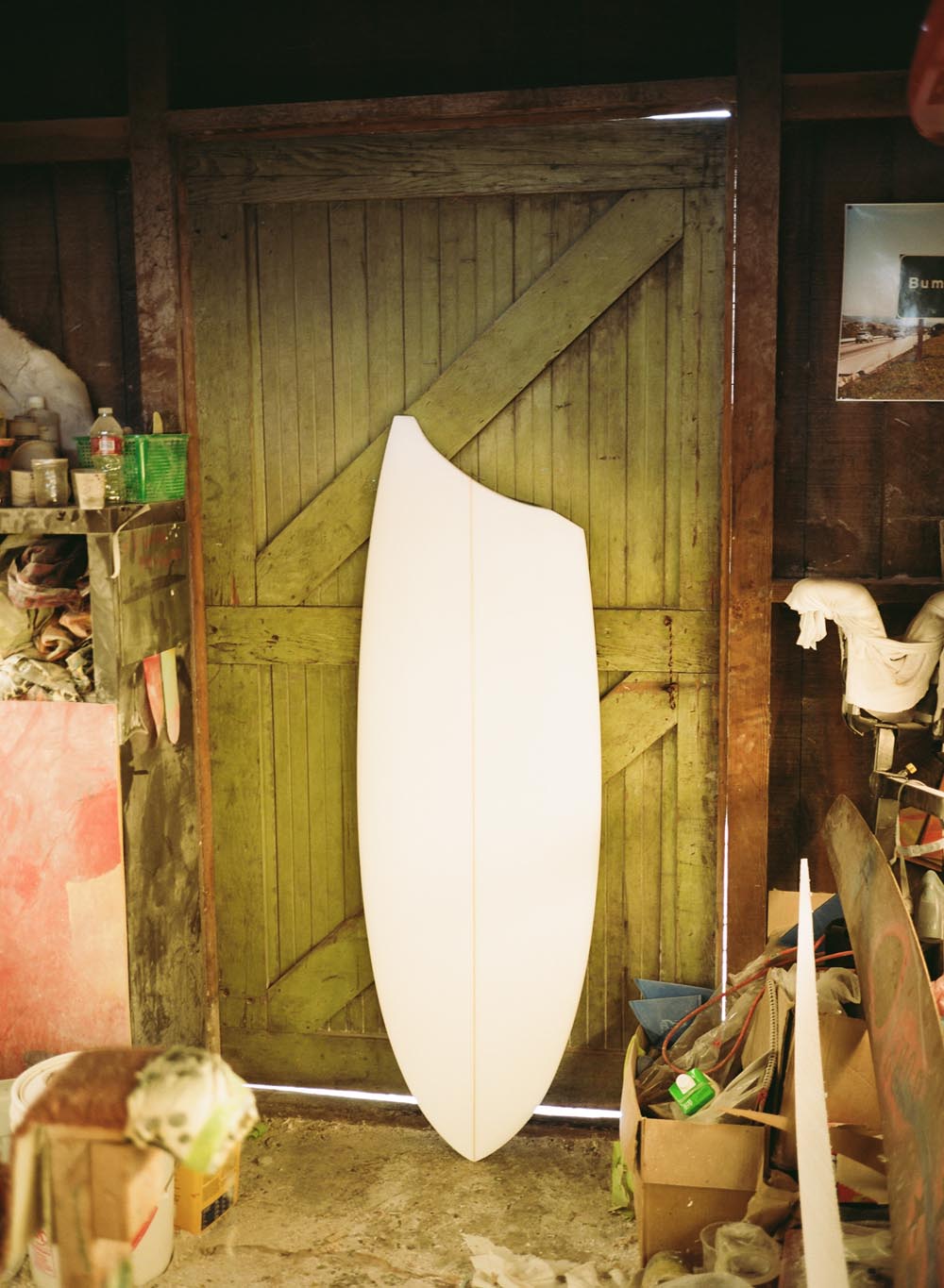 Surfing and art have always had a strong relationship. What were some of your influences for this video?

This video was about this weird type of board that we’ve been making. We just took that design and tweaked it several different ways to see what they would do differently. It’s totally not scientific at all and everything is based around feeling, which is a hard thing to describe. I didn’t want the video to come across as this serious design endeavor that it really isn’t. It’s just embracing the weirdness of this particular shape, which is really silly, but also incredibly fun. A lot of surf films you see are overly serious and macho which can get tiring after a while. 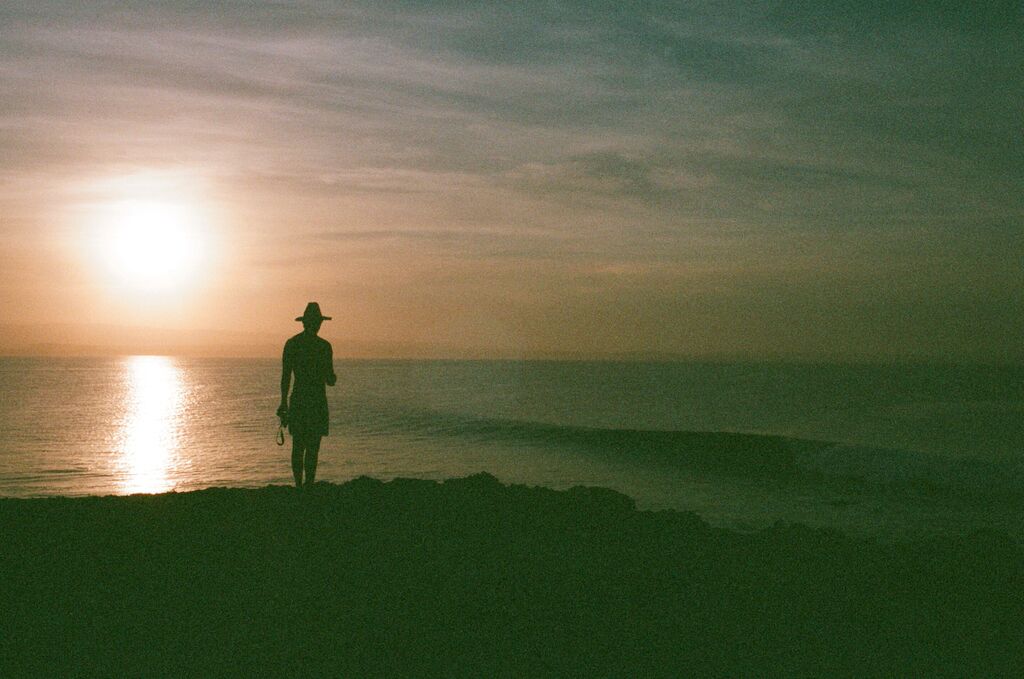 How does what you do shape what you wear—or vice versa?
Well, I just prefer the simplest option for a lot of reasons, one being durability. I think with that you get a style that’s attractive. If you’re wearing something for its durability, you plan to have it a while and you’re going to wear it a ton, which causes it to get distressed. I like wearing things that need to get broken in.