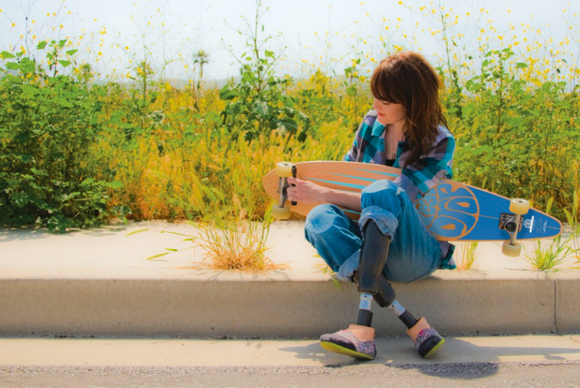 After graduating from high school, all Amy Purdy wanted was to travel the world and have a life filled with adventure. But life took a serious and tragic turn after Purdy was suddenly sent to the hospital with flu-like symptoms, only to find herself 24 hours later, recovering from near death and with both legs amputated above the knee.

Unknowingly, the 19-year-old snowboarding-enthusiast had contracted bacterial meningitis, a blood infection that affects the body’s circulatory system (not to be confused with the more common viral form of the disease).

At that point, Purdy began to wonder if her life of adventure was finished and if she could still travel the world on two prosthetic legs, which she described as “clunky and painful.” Soon after her hospital recovery, she decided then and there, she would live her life to the fullest—starting by re-learning how to snowboard again.

Little did Purdy know her life of adventure was just beginning.

It would be only seven months after leaving the hospital that she would jump right back on a snowboard. This was in 2000. At the time, there were no prosthetic legs for snowboarding. Undeterred, Purdy and her doctor set out to create their own “snowboard prosthetic foot” from scratch.

After receiving a grant from the Challenged Athletes Foundation, Purdy was able to travel to various snowboard competitions across the country. Years down the road, she would also become the first double-leg amputee competitive snowboarder, garnering three back-to-back World Cup Gold medals in adaptive snowboarding. Today, Purdy is the highest ranked female adaptive snowboarder in the world.

After winning two French Adaptive World Cups in February 2011, she writes on her blog:

“Not too bad for a chick with legs made of metal lol […], bionic, hightech carbon fiber, that is. I have actually never been a very competitive snowboarder. I have always stood true to what it is that I love about snowboarding, which is not the competition, but the freedom and independence I feel while carving down a mountain of powder.” 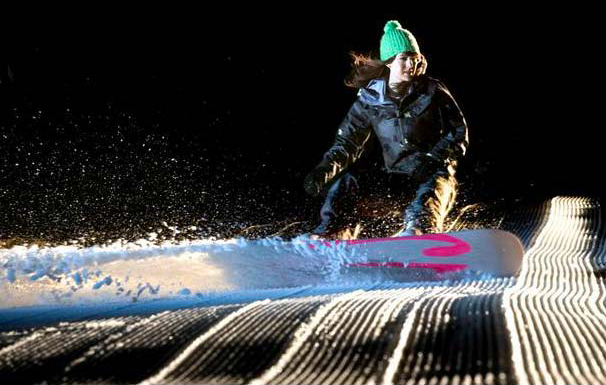 This year, Purdy continued to rock on as the first double-leg amputee competitor on CBS’ The Amazing Race.

But her most proud moment came in 2005 when she and her boyfriend, Daniel Gale, founded Adaptive Sports, the first adaptive snowboard- and skateboard-specific nonprofit geared toward encouraging individuals and wounded veterans with physical disabilities to get involved in action sports like snowboarding, skateboarding and surfing.

The 32-year-old has her eyes set on competing in the Para snowboarding competition, which will debut at the 2014 Paralympic Winter Games in Russia.

We’re all but inspired and amazed by Purdy’s attitude and story. What’s her secret to getting the life she wanted, full of adventure? In her own words, “Obstacles can only do one of two things. Stop us in our tracks. Or, force us to get creative.” For Amy Purdy, she is far from ever being stopped in her (snow) tracks.