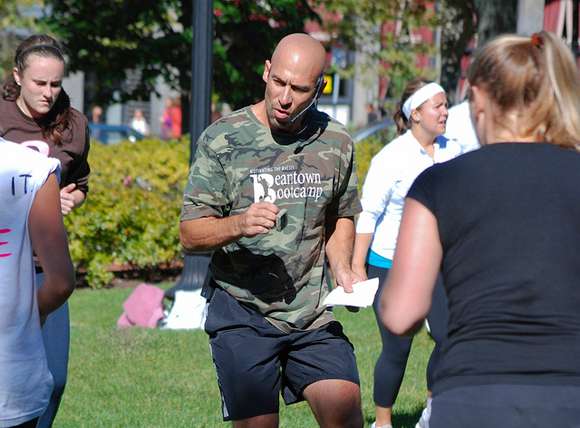 Last month the city of Boston suffered a horrific terrorist attack at the famed Boston marathon where TevaSphere trainer John Wayman was running with eleven of his boot camp members and a handful of friends. Luckily, everybody in Wayman’s crew quickly rushed to safety on the Boston Runner’s Club buses to Hopkinton, so no one was injured.

In the days following the tragedy, Wayman knew everyone was struggling to make sense of the tragedy, but he had a job to inspire the participants in his Beantown Bootcamp to get back on their feet. “We had about six members who finished the race and about five who got stopped around mile 25 after the explosions. For some it was their first marathon and for a couple, their first Boston Marathon,” he recalls. “The traumatic effect of not being able to make contact for minutes or hours with our people close to the finish line will have a lasting impression.”

By Wednesday of that same week Wayman boosted morale by pounding the pavement through the Boston Common, the Charles River and Beacon Hill. “Running is such a big part of our boot camp, and it was the best thing for my members (who were just plain scared to run again) to run as a group—with the boot camp peers they chum with everyday. It really helped us snap out of the funk,” he said. Even random runners they passed on the street raised their hands for a high-five in solidarity. Wayman saw an outpouring of people training harder than ever a mere two days after the marathon bombings. 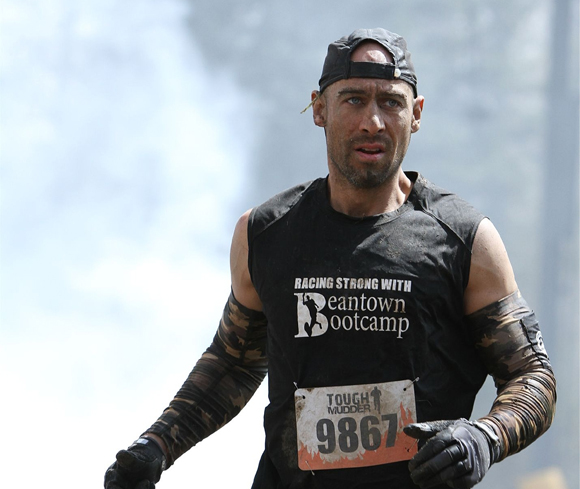 Wayman flies the flag for fitness, and he expects his efforts to double the amount of participants running in events like the Boston Marathon. Putting one foot in front of the other is not only a core value of the Beantown Bootcamp but also a metaphor for recovering from this unfortunate incident. “As sad as the marathon tragedy was, it has only strengthened our core group of members. I’ve had many members who never had any desire to run a marathon commit to running Boston in 2014. We plan to continue to do what we do best and will see amazing results and events accomplished by our members in 2013—2014,” he added. Now those are some inspiring words.