Nothing beats a summer day at the lake, soaking up rays and floating on a raft for hours —these summer moments on the water are what I like to call “Lake Life.” After a weekend of intense heat and humidity at Bonnaroo Music Festival, I was able to cool off by revisiting a lake where my family used to vacation during my adolescence.

Lake Cumberland is a man-made lake created by the United States Army Corps of Engineers in 1952. It’s located in southern Kentucky, only a short two-and-a-half-hour drive from Nashville. The lake holds a very special place in my heart and seeing it again for the first time in ten years brought back so many memories. 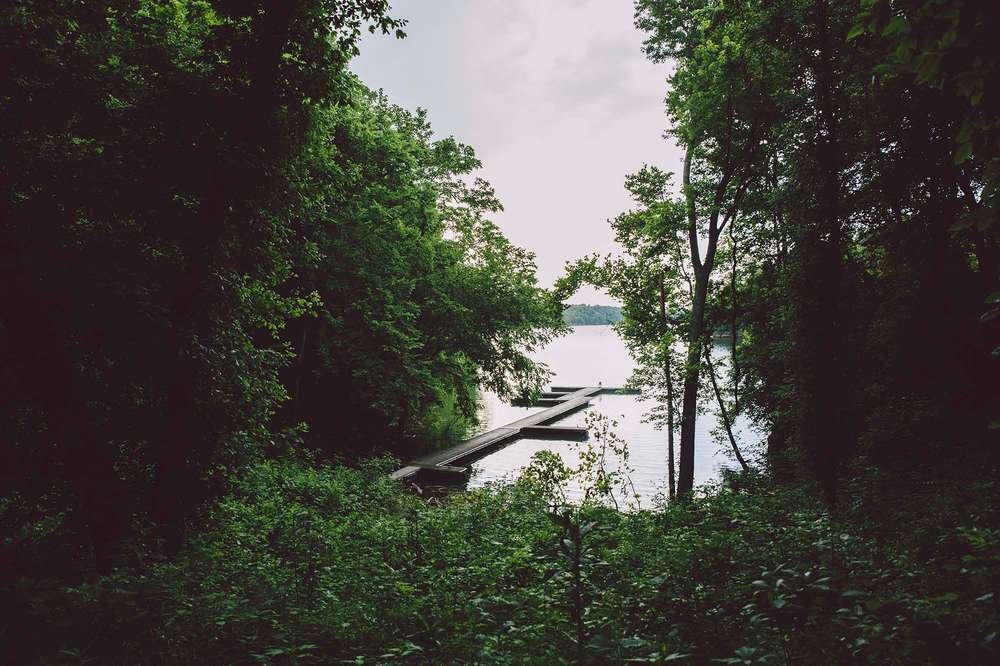 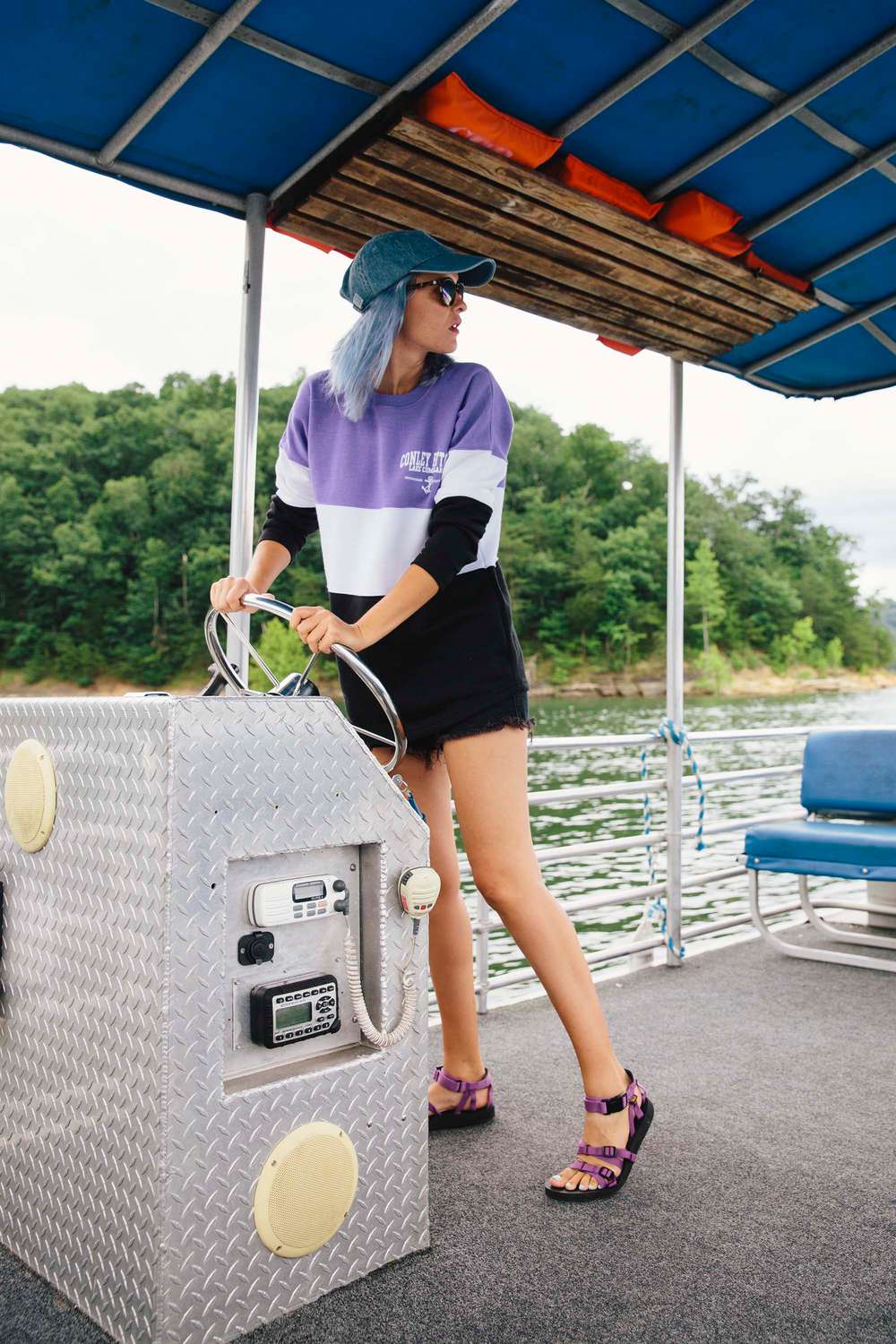 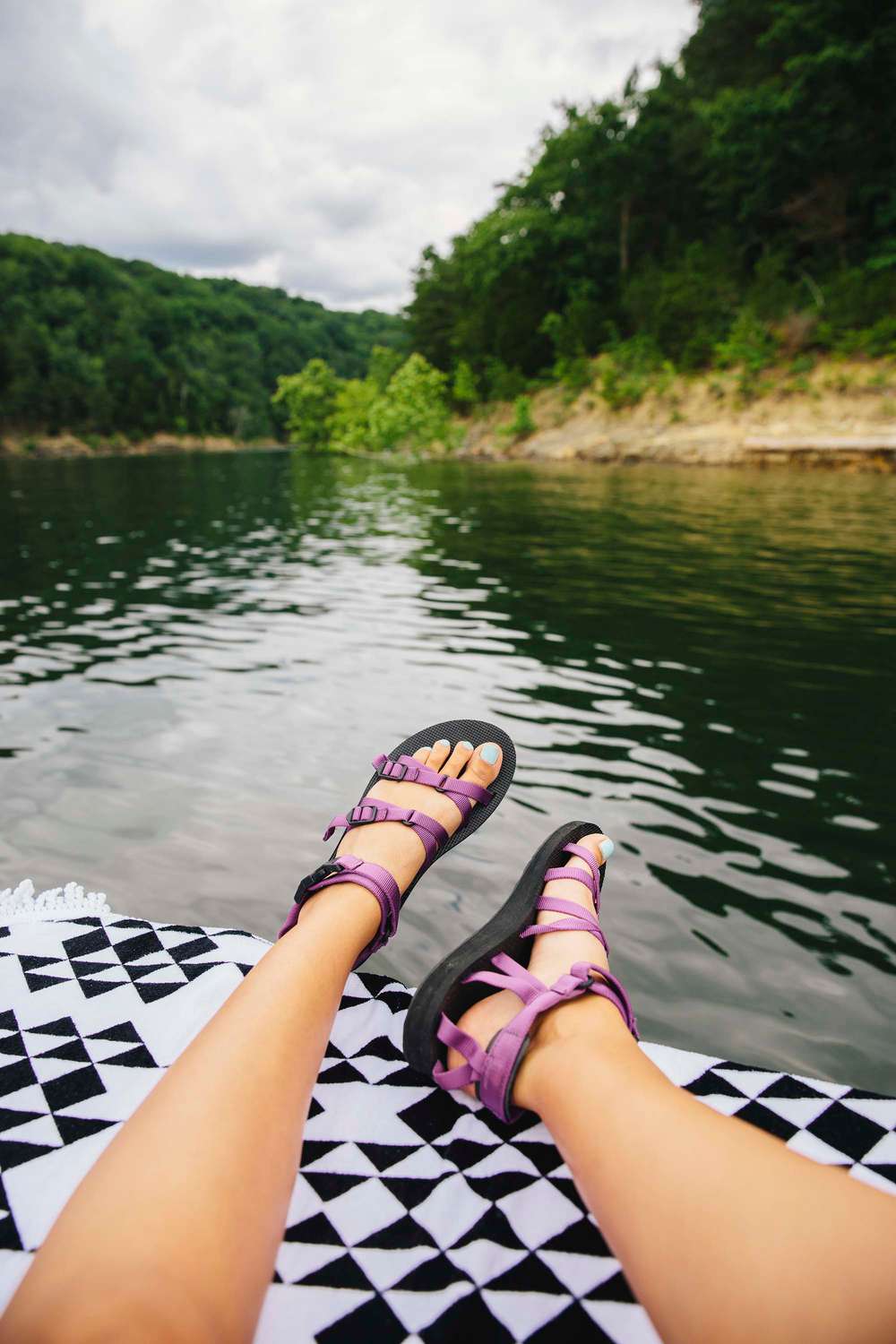 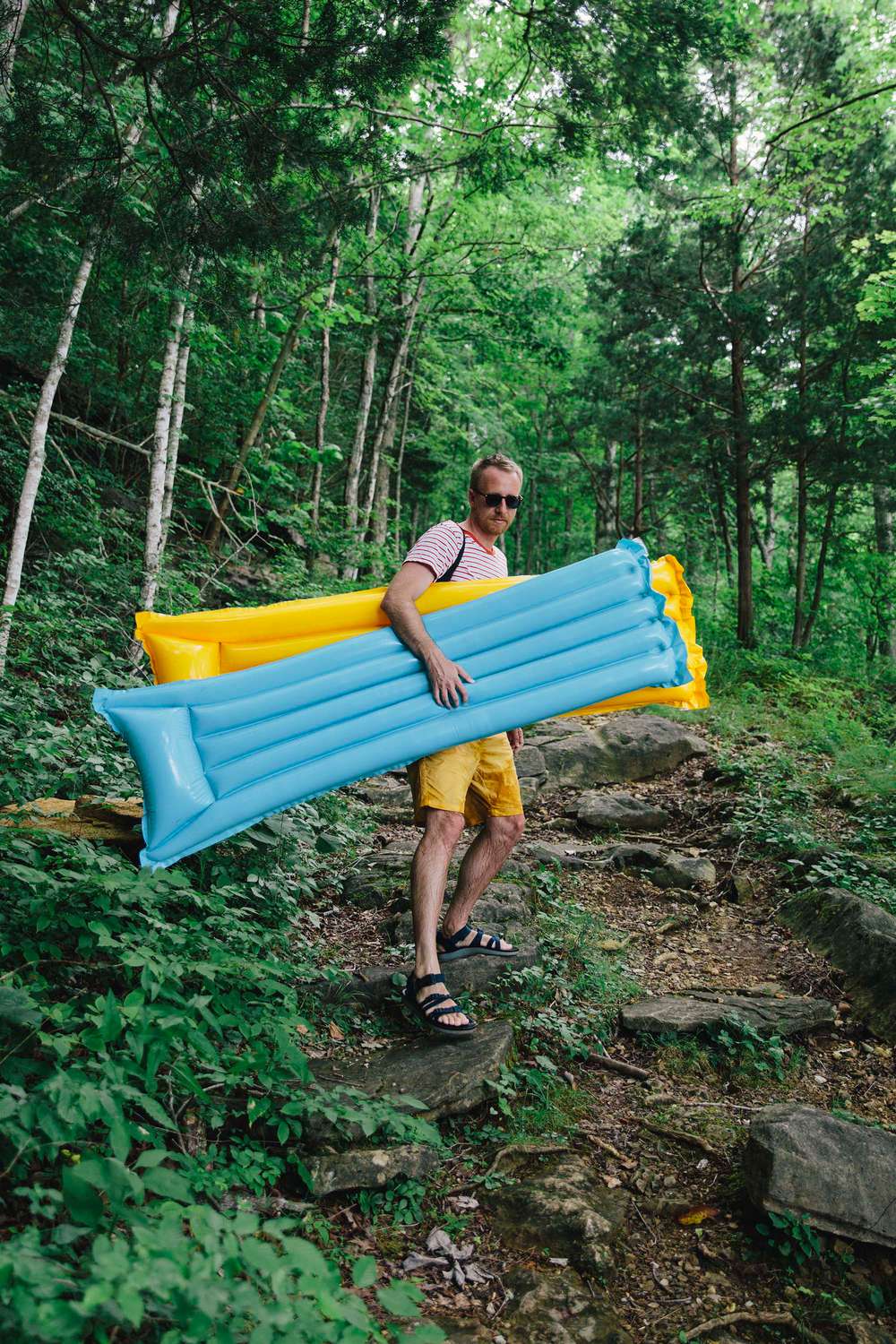 Being a descendant of proud Kentuckian grandparents, I’ve always thought of Kentucky as a second home, even though I’ve never lived there.  My family is extremely nostalgic and stories from our grandparents made me and my siblings feel attached to anything and everything Kentucky.  So when my parents began taking my family to visit their friends who owned a houseboat on Lake Cumberland, I was instantly hooked. “Lake Life” in Kentucky during the summer? Sold. 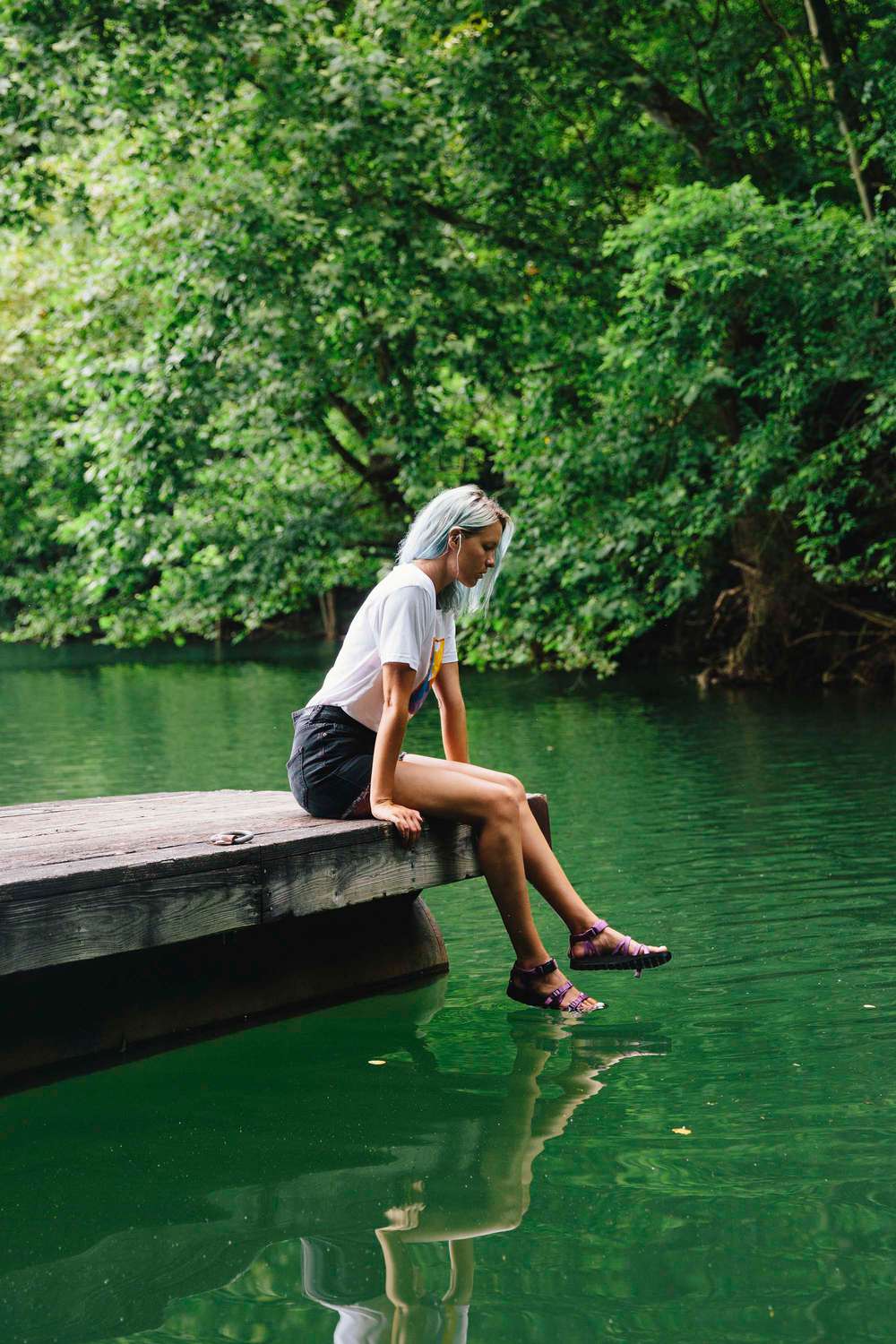 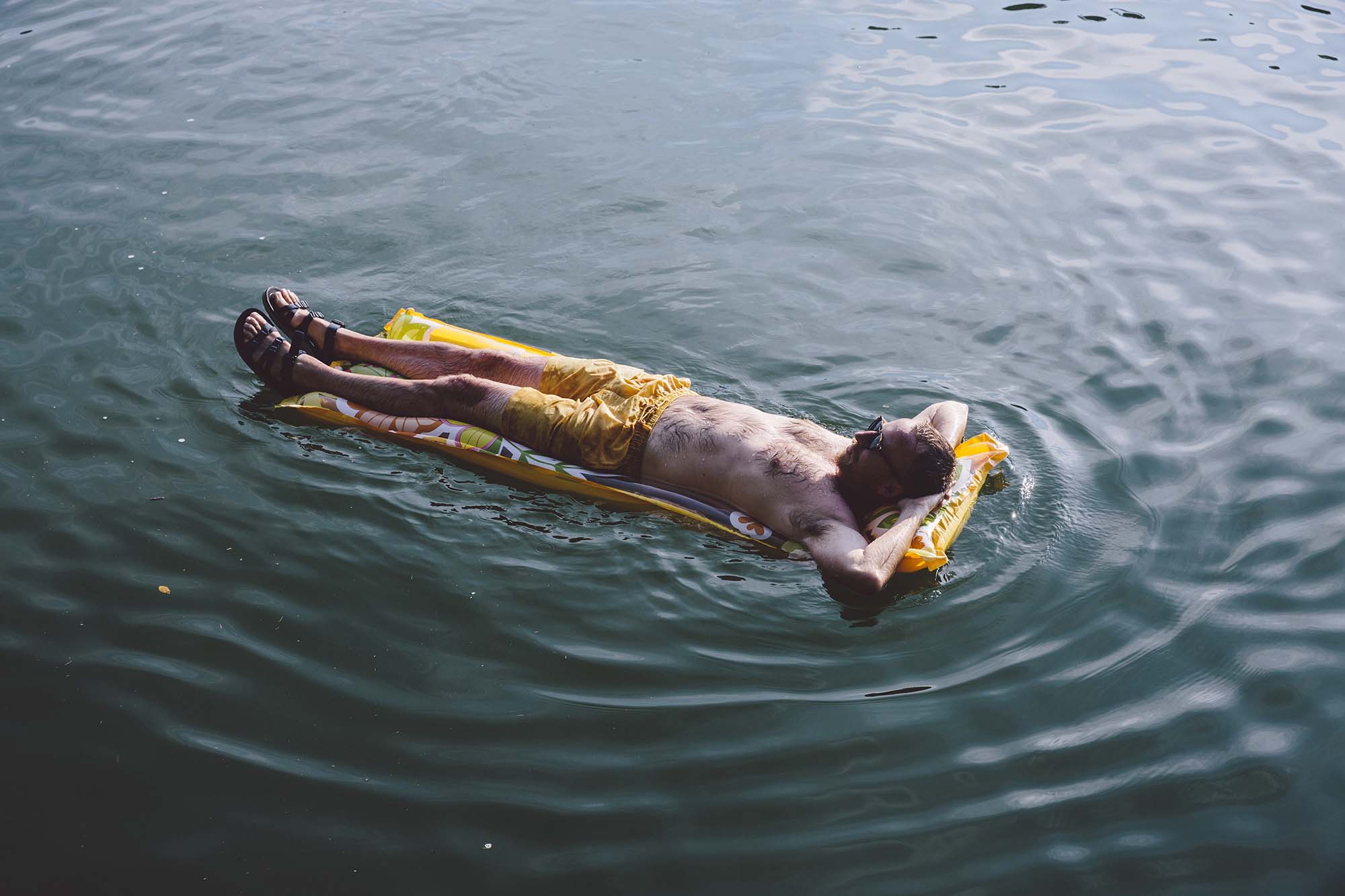 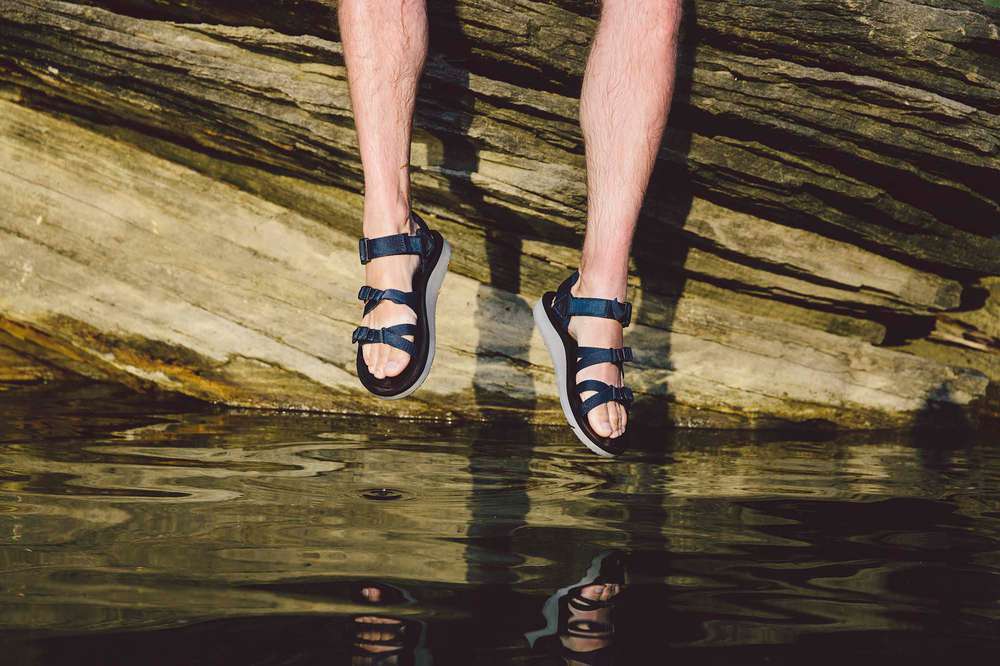 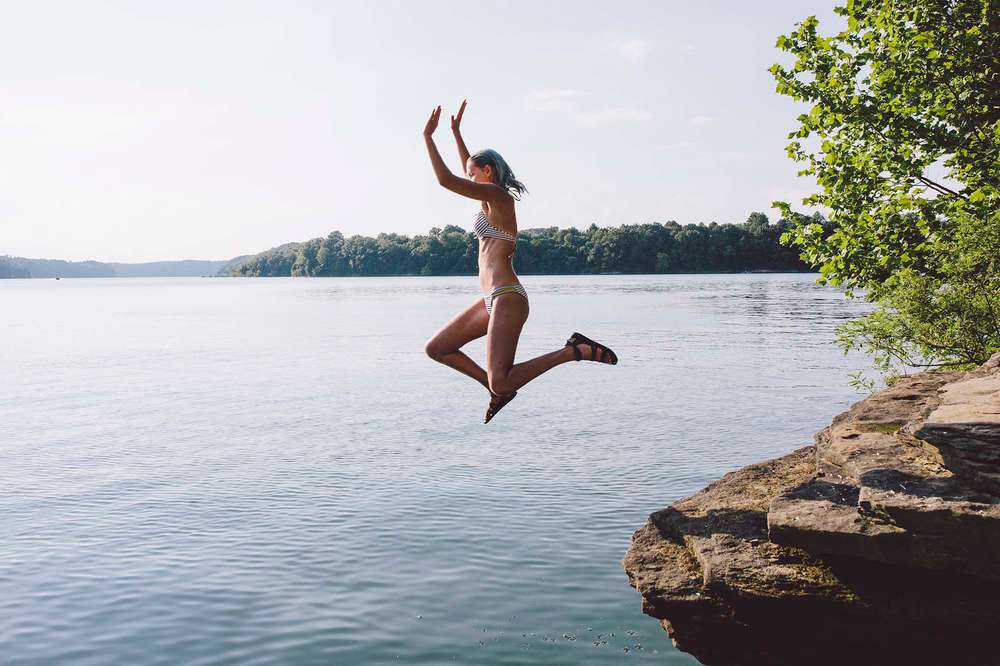 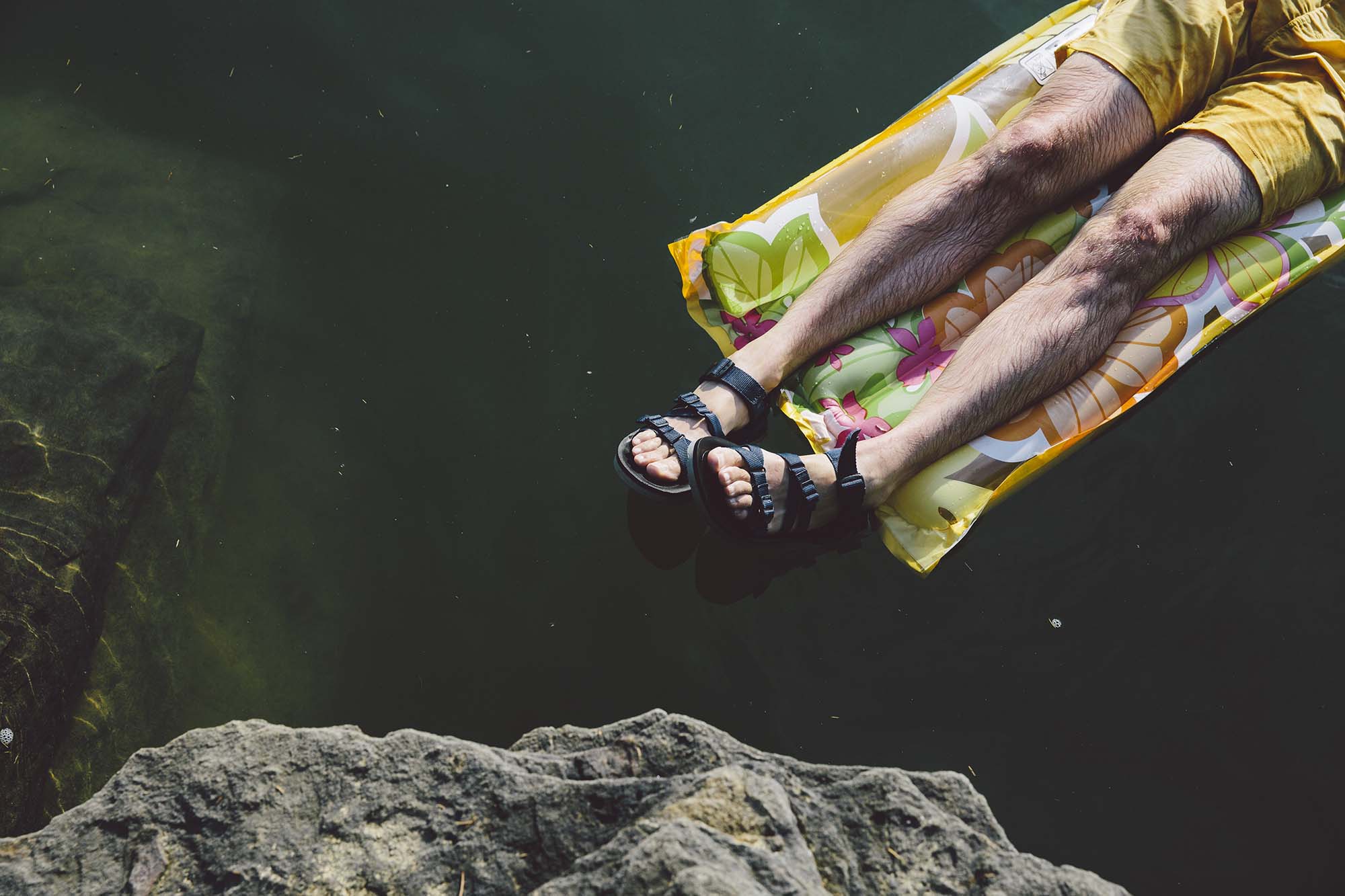 During our seven years of marriage, my husband has heard about a million stories from my time spent on the lake.  I’ve gushed over the temperatures of the water (“It’s like bathwater!”), expressed just how necessary it is to listen to Kenny Chesney on repeat (“A country girl at heart!”), and explained too enthusiastically that “Lake Life” is the best life (it is!).

“I considered what it might be like to live in Kentucky — on the lake surrounded by hills, trees, and farmland — but I quickly realized that I enjoy feeling nostalgic for this place.”

My husband and I checked into our lakeside cabin on a sunny afternoon. The rustic sign welcoming us to Conley Bottom Resort looked exactly the same as it did when I was a teenager.  We only had two days on the lake so we quickly changed into our bathing suits, packed a lunch, and headed toward the dock. We rented a pontoon boat and set sail across the glistening blue-green water. After taking in the enormous scope of the lake (it’s more than 100 miles long) we parked in a quiet cove and relaxed on the boat as it was too chilly to get into the water. 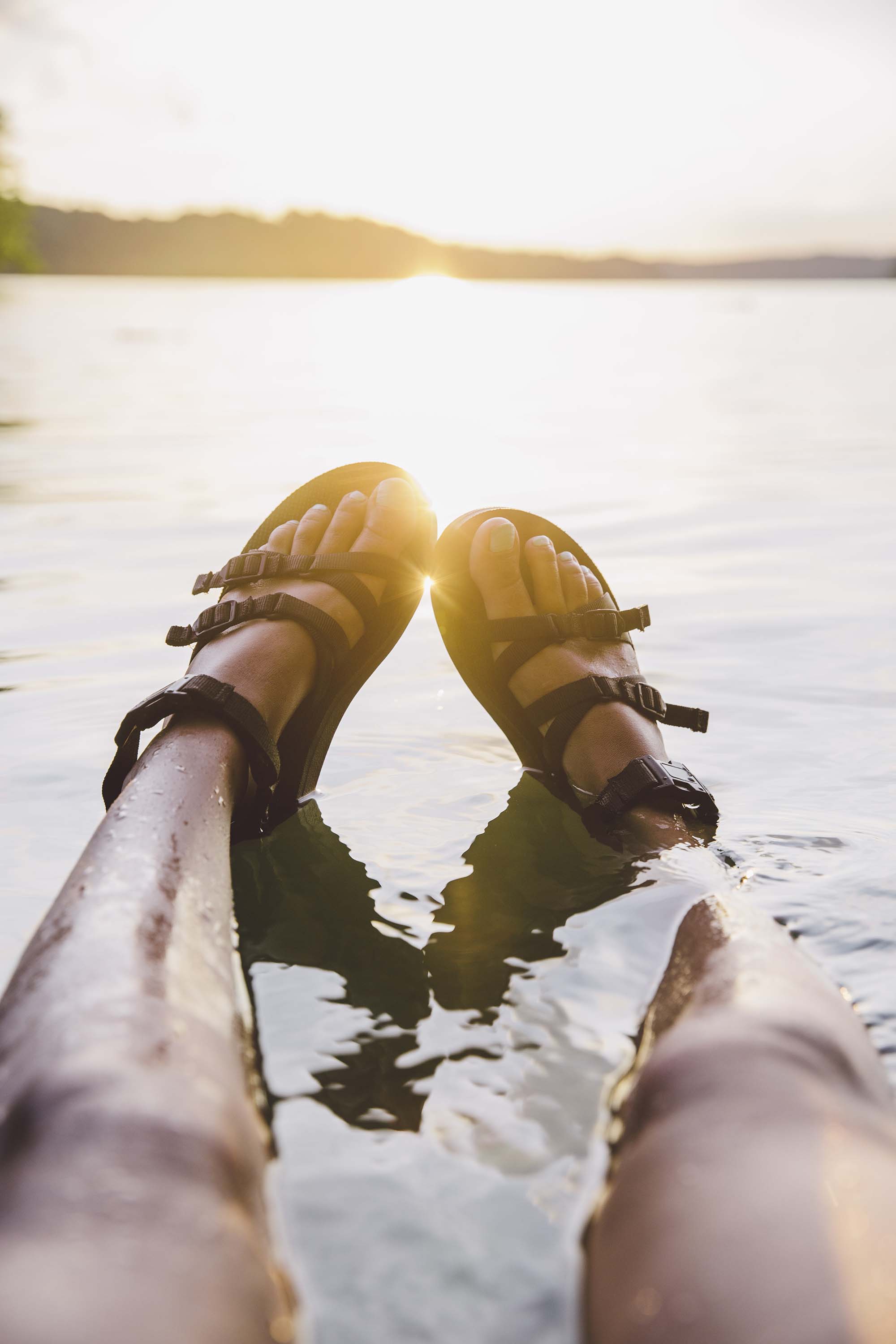 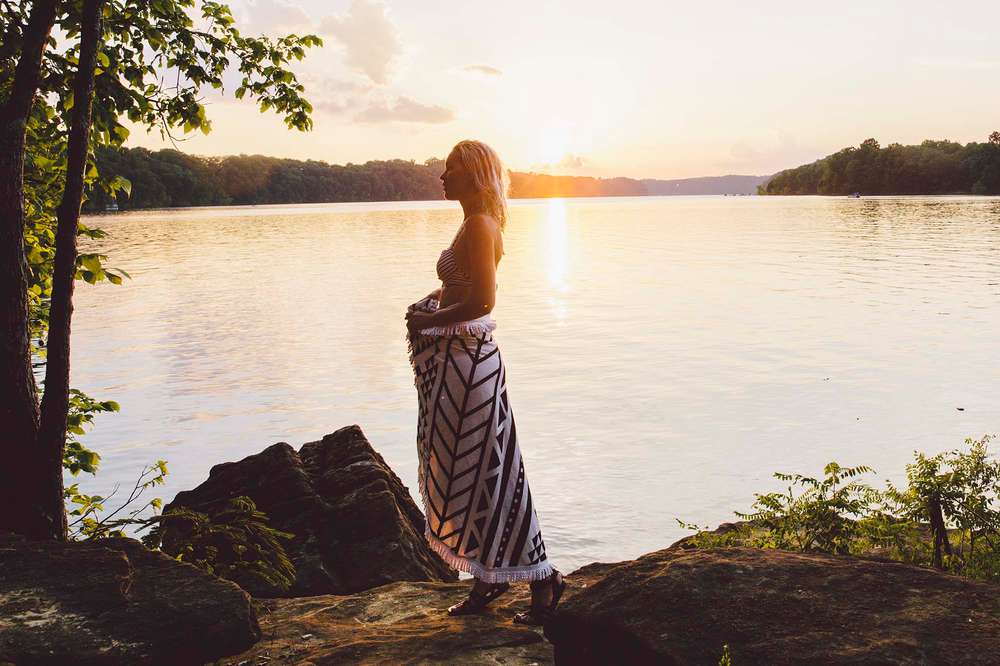 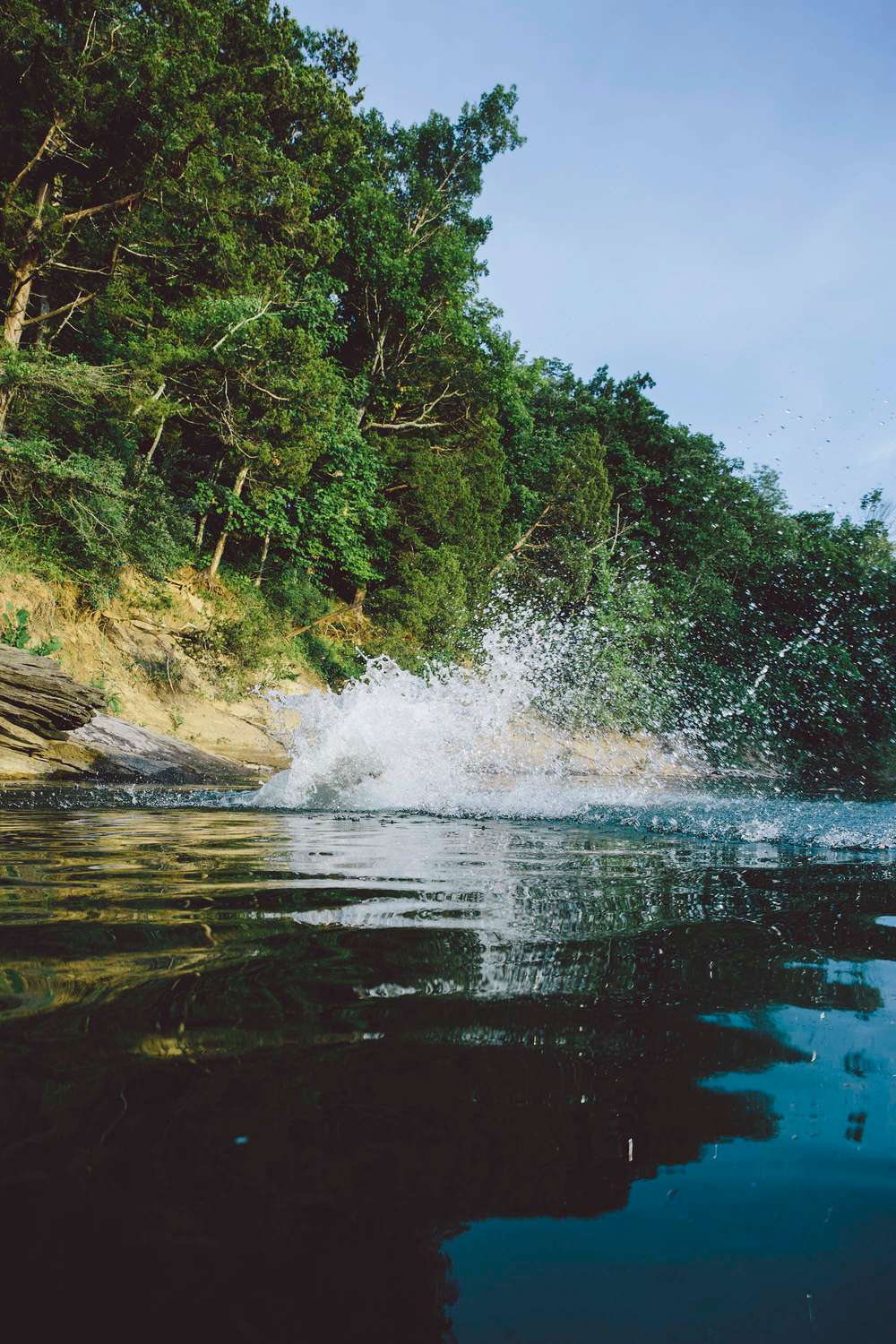 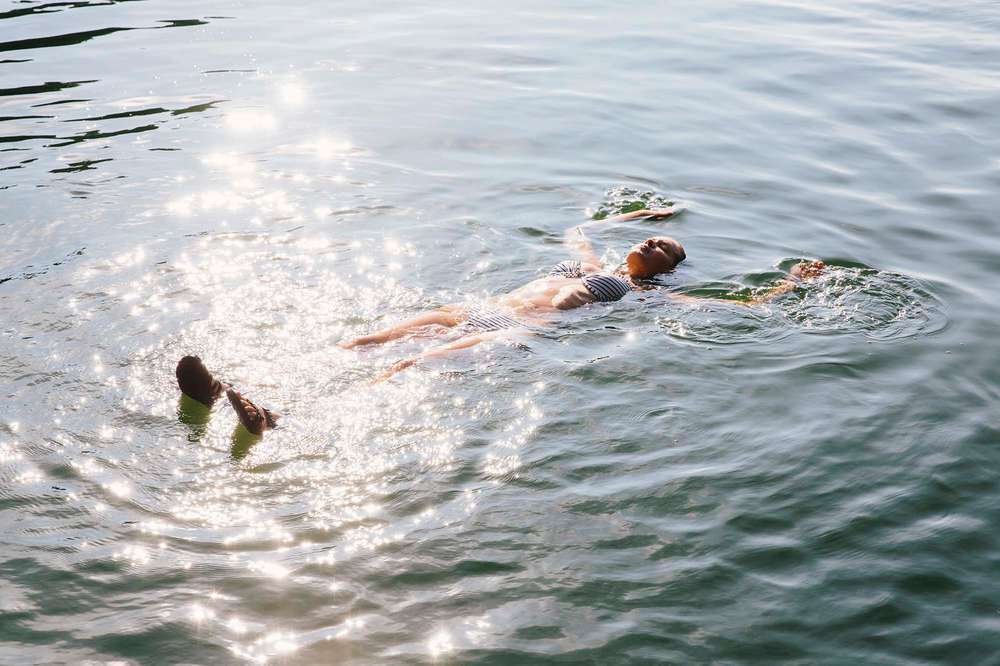 The next day we explored the opposite edge of the lake and Mill Springs Mill, the oldest functioning mill in the United States. We hiked past the enormous structure, into the woods, and found a couple of large boulders that provided an excellent opportunity for taking running leaps into the lake. We blew up a pair of inflatable rafts and took turns diving into the water. After a while we laid on the rafts and let the summer breeze push us along the edge of the lake. There are few things I find more relaxing than coasting on the water while the warm sun turns my shoulders a deep shade of brown.

As the sun began to set, I tried to take it all in — the sounds of the birds chirping in the thick woods surrounding the lake, the smell of moisture in the warm air, and the colors that began changing into pinks and reds in the sky above. For a moment, I considered what it might be like to live in Kentucky — on the lake surrounded by hills, trees, and farmland — but I quickly realized that I really enjoy feeling nostalgic for this place and love the feeling of coming back to it.  I’m not exactly sure what that’s called, but all I know is that there’s nothing better than “Lake Life.”

Shop the Alp Collection at Teva.com and #StrapIntoFreedom on Instagram @Teva!