I landed in Fairbanks at 11 p.m., right before the sun set. Minutes later I was tackled by three old friends as I waiting for bags at the carousel. We were headed to Gates of the Arctic National Park to go on an adventure. Our goal was to observe and document the significance that the Ambler Road — a proposed 220-mile development — would have on the area. And, like any adventure, to have some fun.

Before you read on: The true front-line of this issue is the Brooks Range Council. Please take a moment to check out their site, learn about them, and get involved. This is the best way to make real change in the arctic. 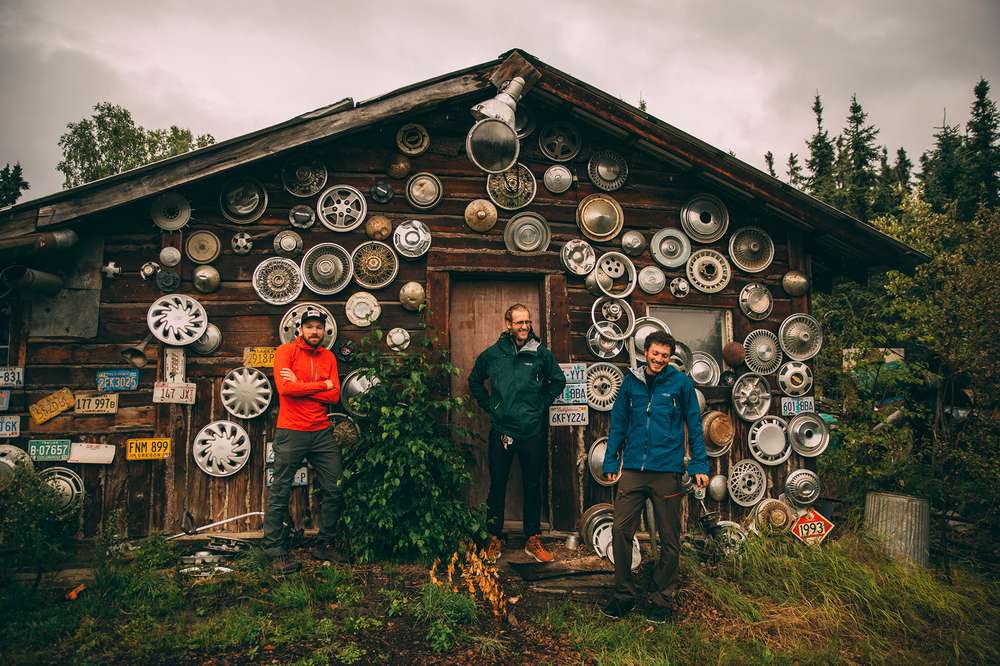 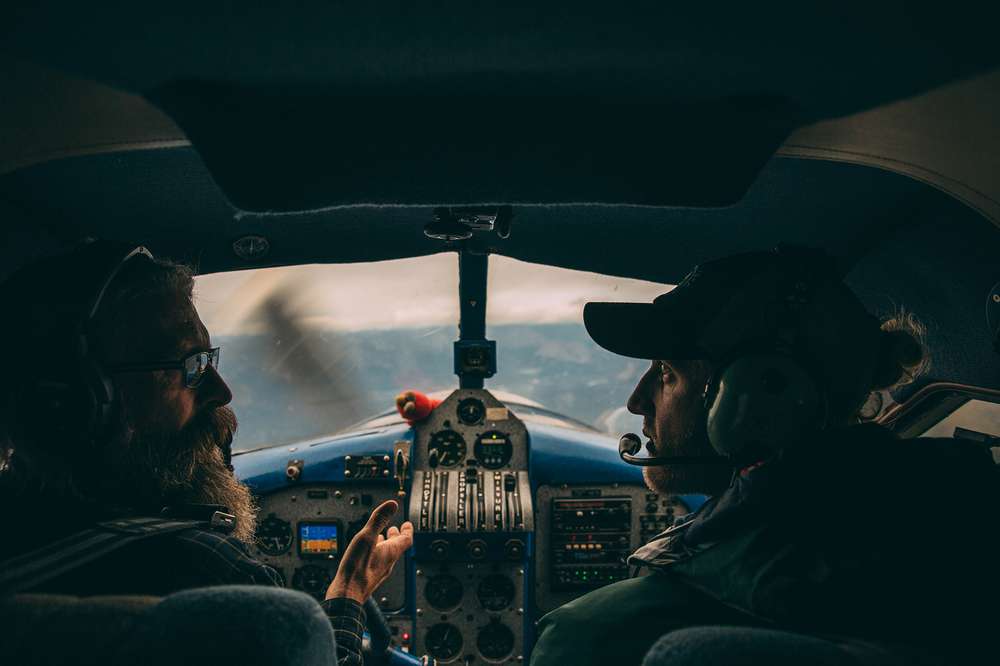 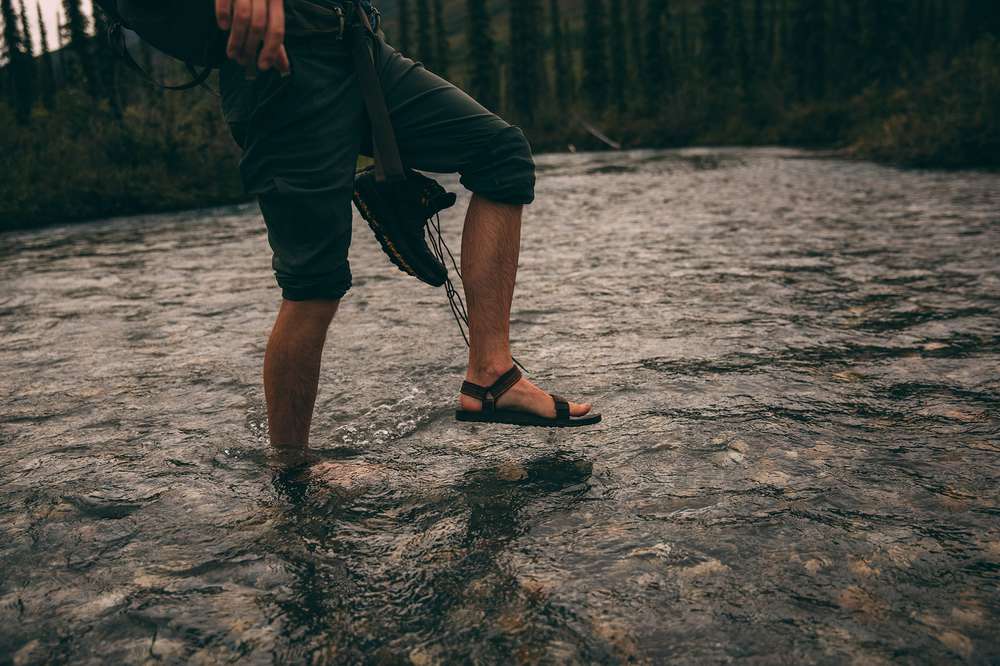 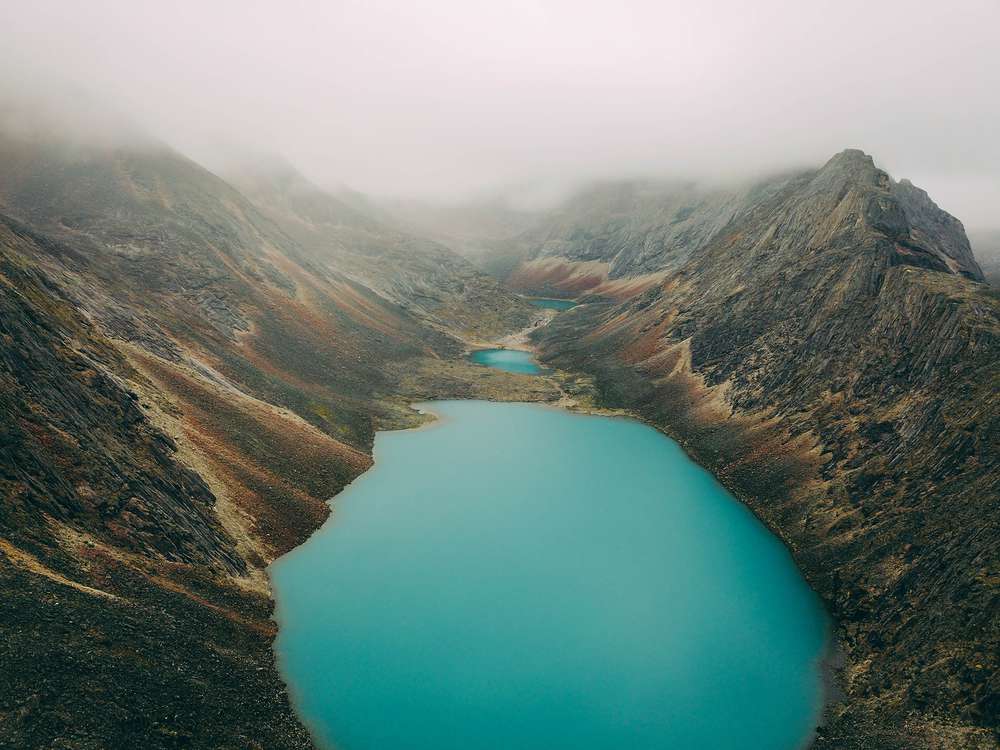 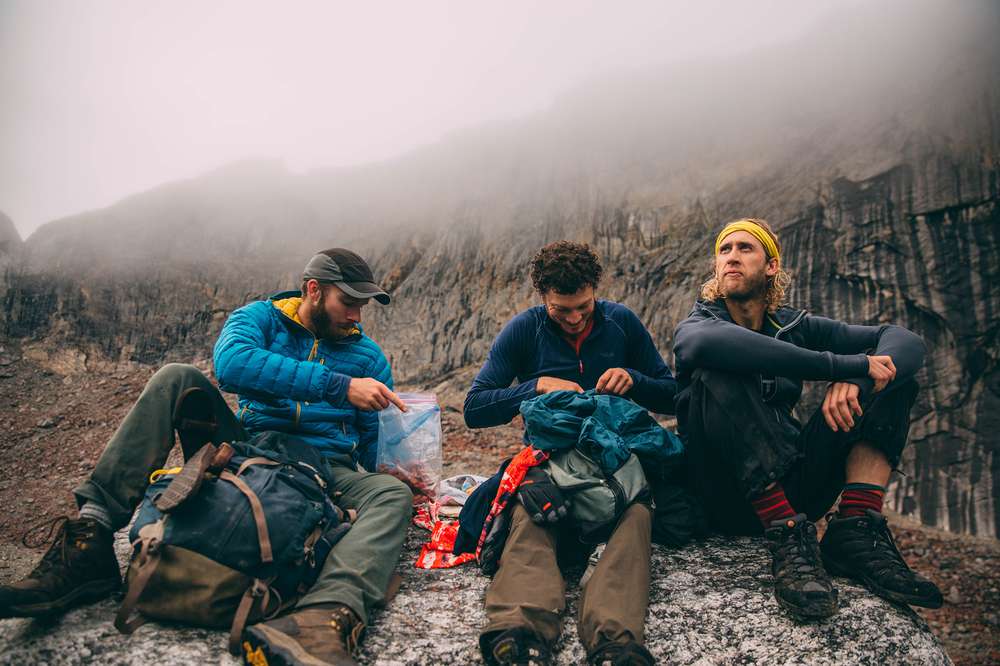 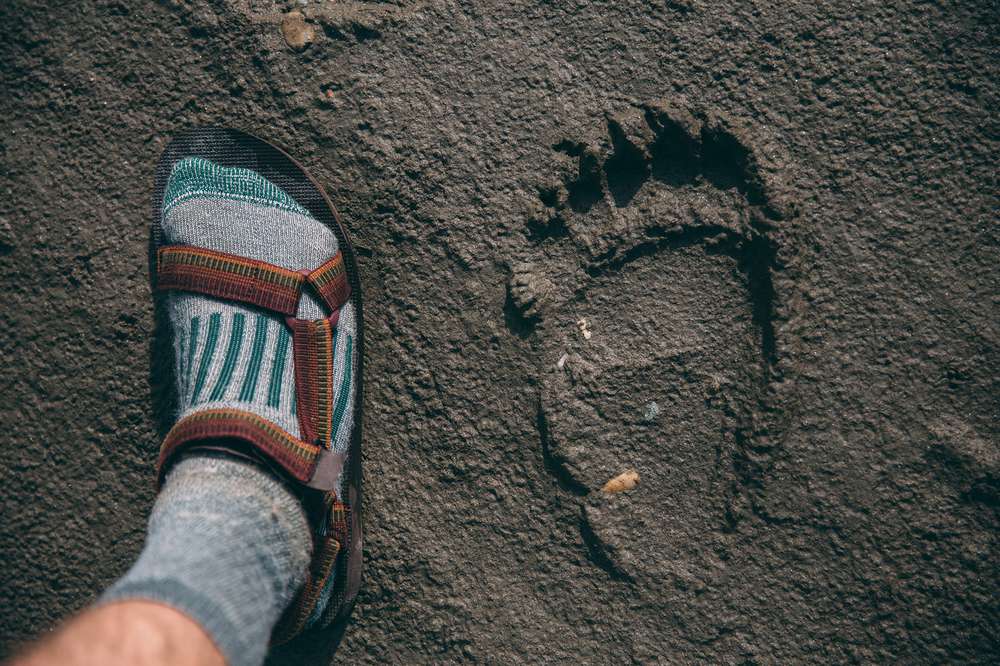 Northern Alaska’s Brooks Range is a special place — one of the last truly wild places on Earth. We wanted to keep it that way by adding our voices to a critical conversation:  The state of Alaska is in a massive debt, and sees mining and drilling as the only way out. But the numbers don’t add up. Adding one bang-and-bust business that replaces many small businesses doesn’t make sense.

The four of us met a decade ago at Carleton College playing Ultimate Frisbee. We bonded over board games, late nights in the library, and typical collegiate shenanigans. After graduation we migrated to different parts of the country to pursue diverse careers. Reconnecting through a shared interest in conservation, we planned to rendezvoused in Fairbanks before the trip.

“It’s one of the last truly wild places on Earth and we wanted to keep it that way by adding our voices to the conversation.”

The Ambler Road isn’t well known outside of Alaska, but its development could set a precedent for places closer to home. The road could have severe ecological, biological, and economic impact on the land and small villages in the area, while sending its profits elsewhere. It would cost the state a half billion dollars or more to build, and once complete, create a barrier for caribou, bears, and fish to cross. Yet the state government continues to pursue it, ostensibly for jobs growth, but in reality to placate a handful of mining companies that would profit greatly. 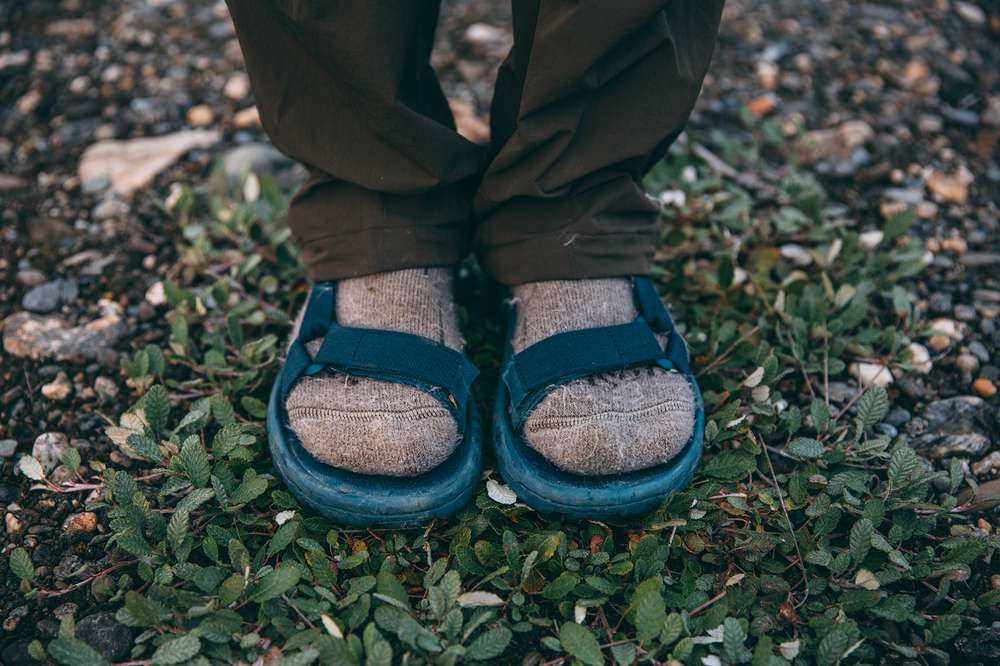 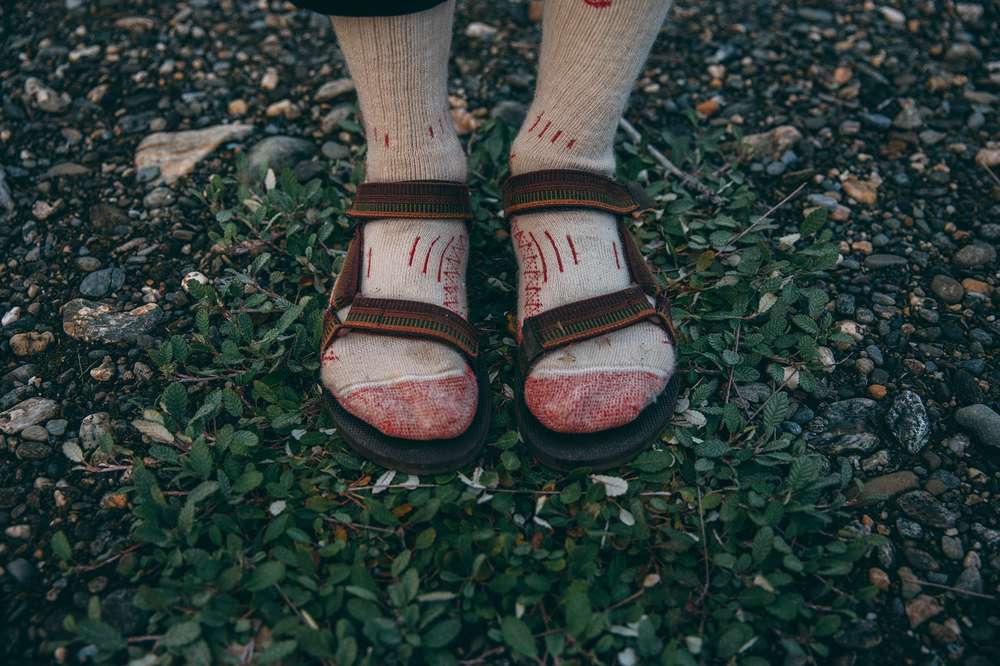 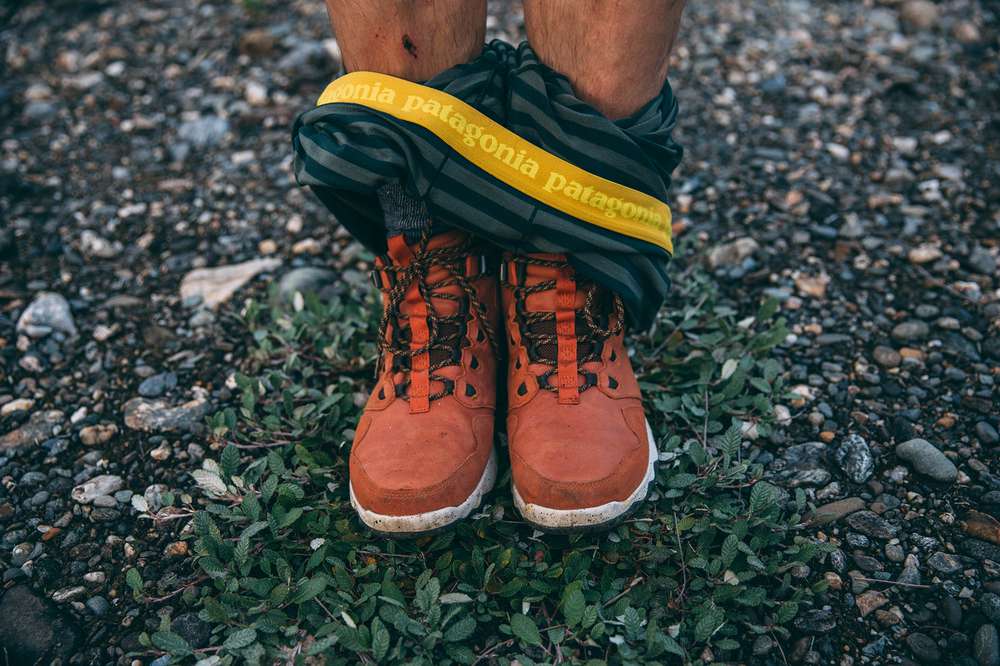 We knew the weight of the conversation that was already going on. We knew that we had a chance to make a real impact by sharing this story with more people, like you. We had a chance to stop permanent change. And we knew the best way to do this was to be humble and lighthearted.

“Sleep was the pragmatic choice, but grabbing a beer was the right one.”

Our first stop in Fairbanks was a friend’s apartment, where we immediately got to work running through lists, testing gear, and dividing dehydrated food among us. It took a few hours to get organized and the bus north up the bumpy Dalton Highway left in a measly four and a half hours. Sleep was the pragmatic choice, but grabbing a beer was the right one. So we headed to the Marlin, a Fairbanks institution. The Marlin is a dive bar with a maze of rooms, each filled with a unique cast of characters. We shared a couple pitchers and played our first game of Euchre. The tone of the trip was set from the start. 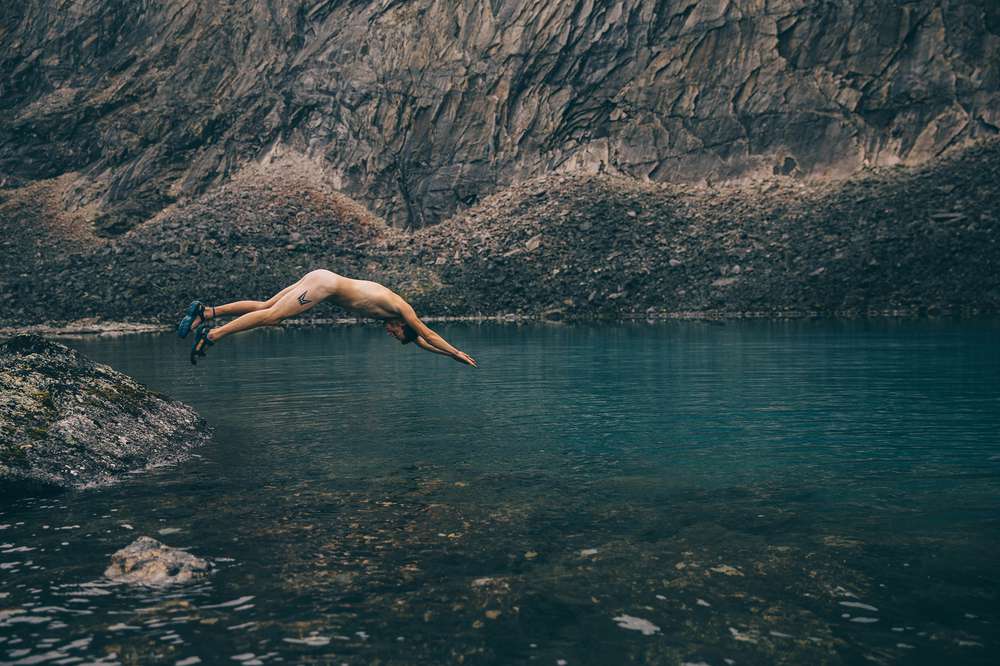 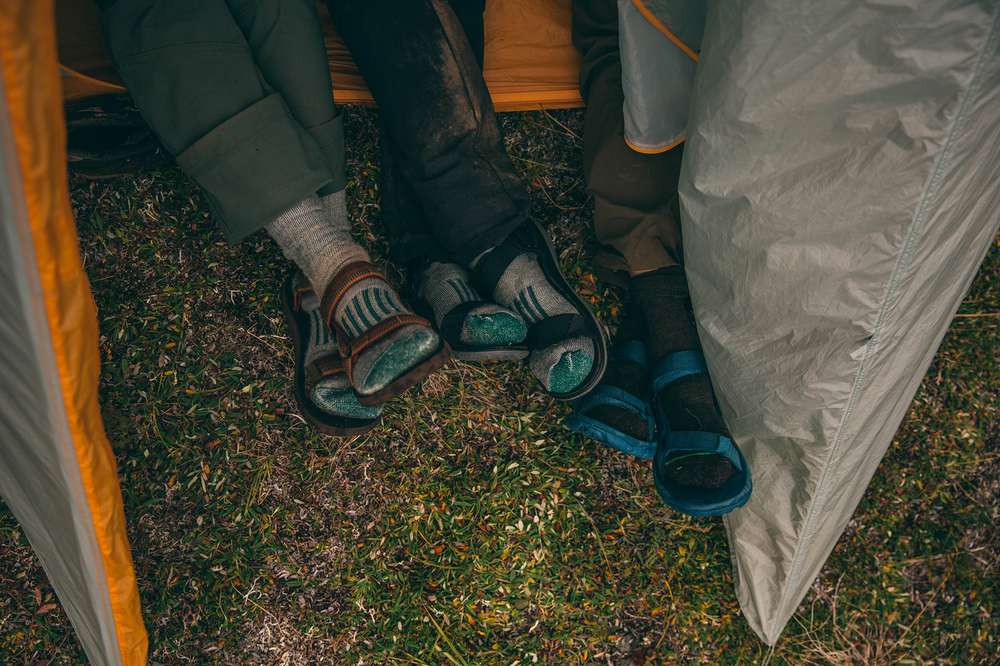 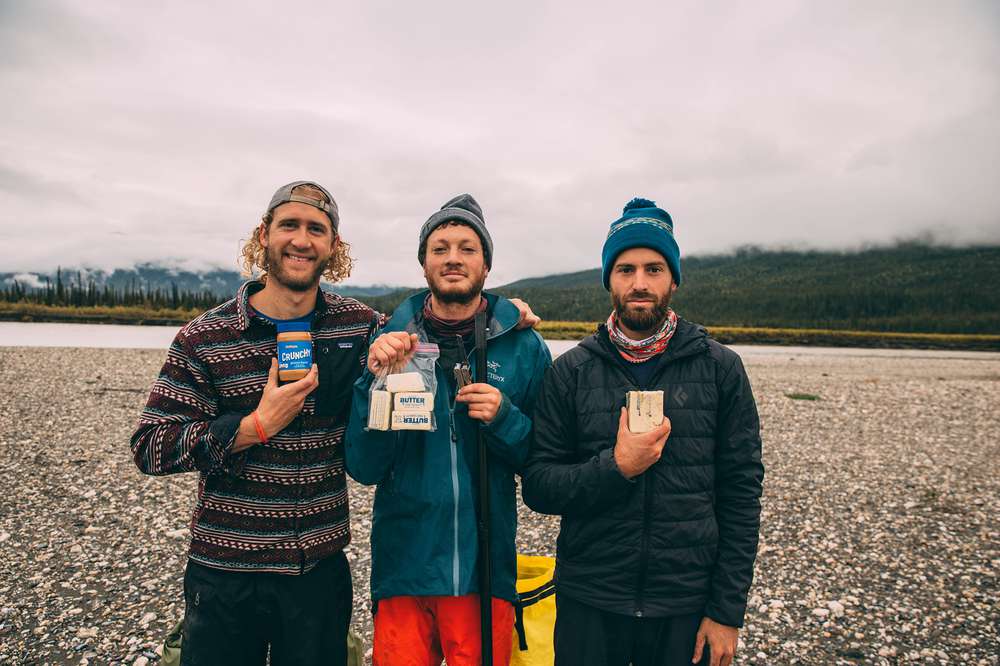 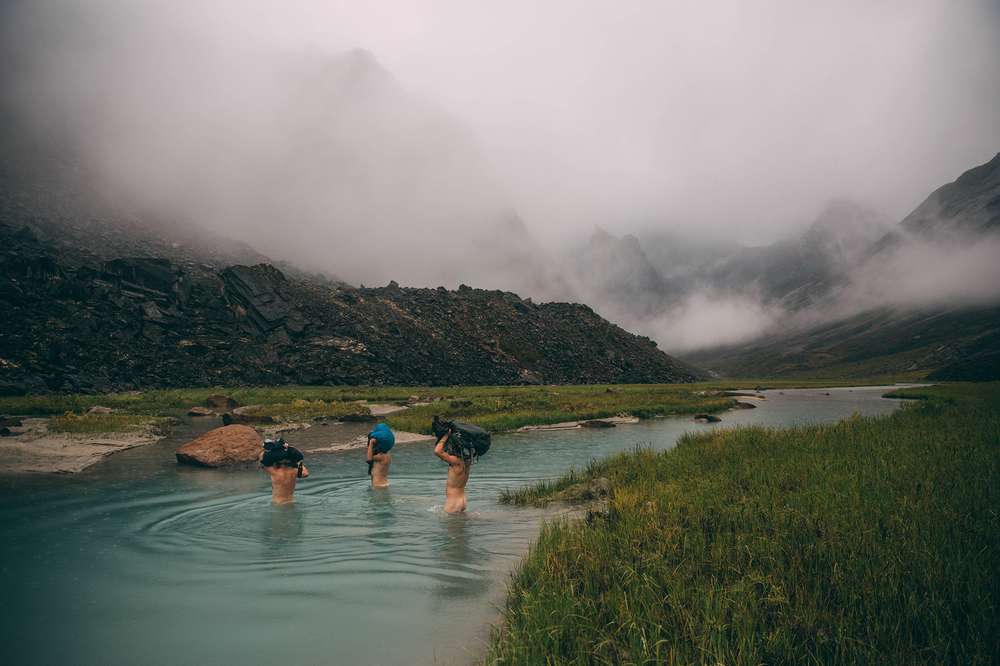 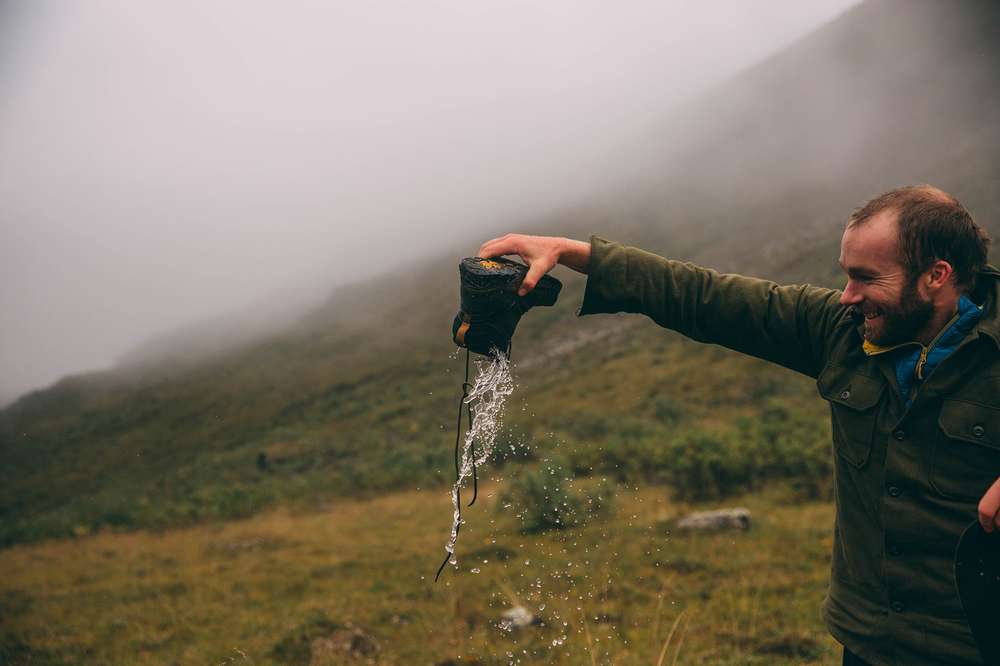 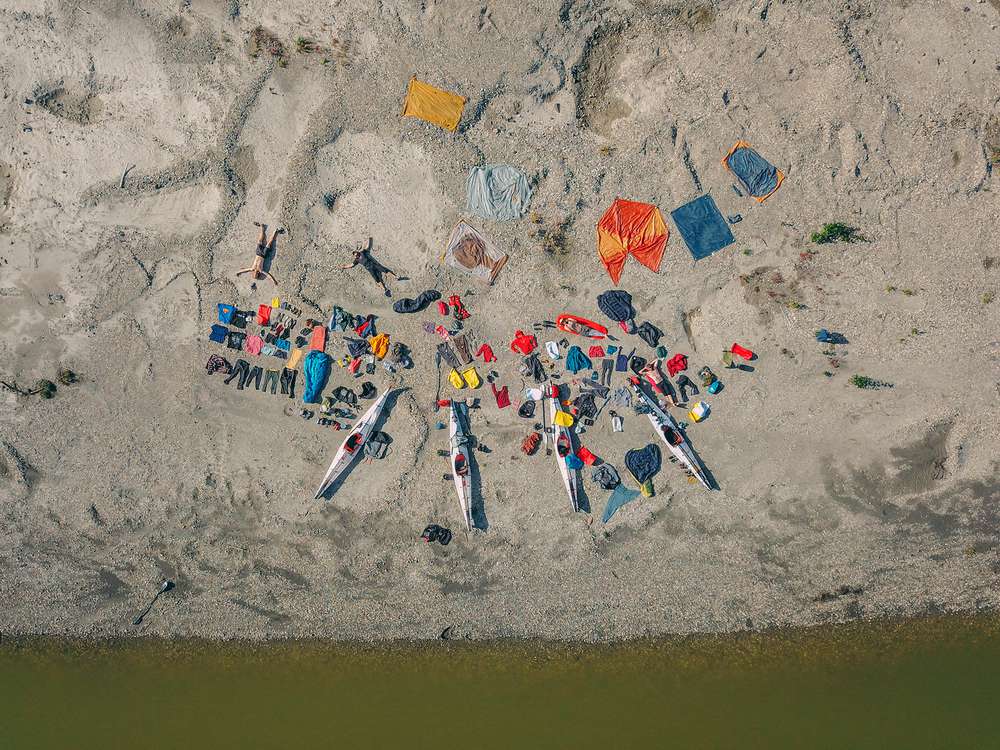 After a single precious hour of sleep we made our bus just in time. We drank a few extra cups of coffee on the road north and could feel the excitement build as the Boreal forest slowly faded into taiga and finally into full-on tundra. We spent the next two weeks in Gates of the Arctic, self-supported with food and gear, exploring, playing, and immersing ourselves in the area. Our first section of the trip was hiking the Arrigetch Peaks, a rugged granite outcropping. The second half was primarily paddling, descending 160 miles of the Alatna River, which is threatened by the new construction.

“We were in Alaska to play a small part in tackling a serious challenge, with a shared goal not to take ourselves too seriously.”

We were in Alaska to play a small part in tackling a serious challenge, with a shared goal to not take ourselves too seriously. We swam every day, regardless of weather. We played cards often, slid down glaciers, made bets on chickadee subspecies, and laughed when it snowed on us. We made navigation mistakes and made do when we realized our coffee wasn’t instant coffee. We’re firm believers that having fun and doing good should always go hand-in-hand. 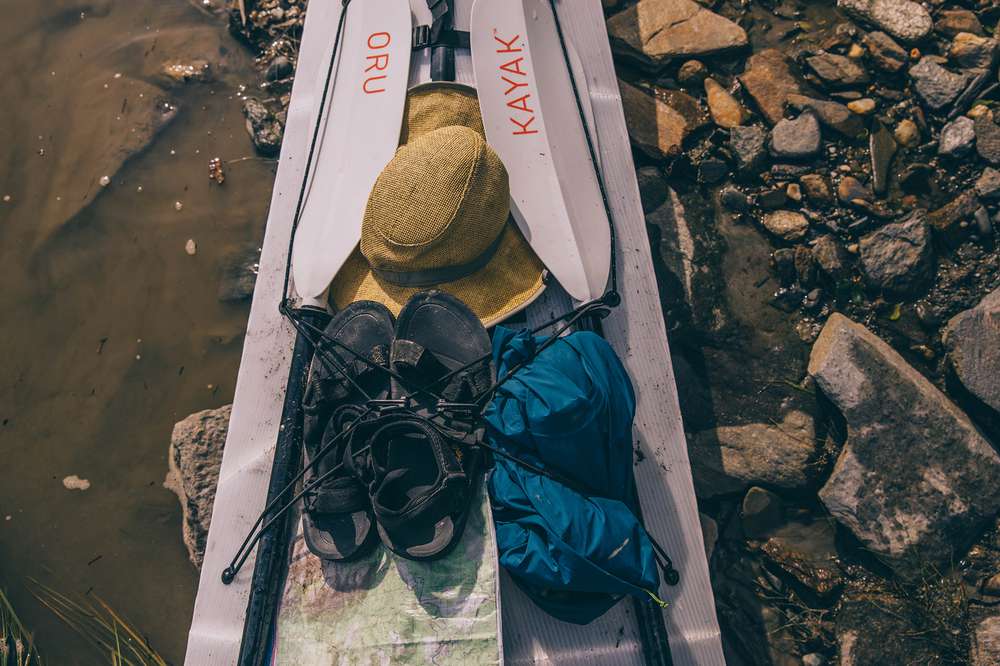 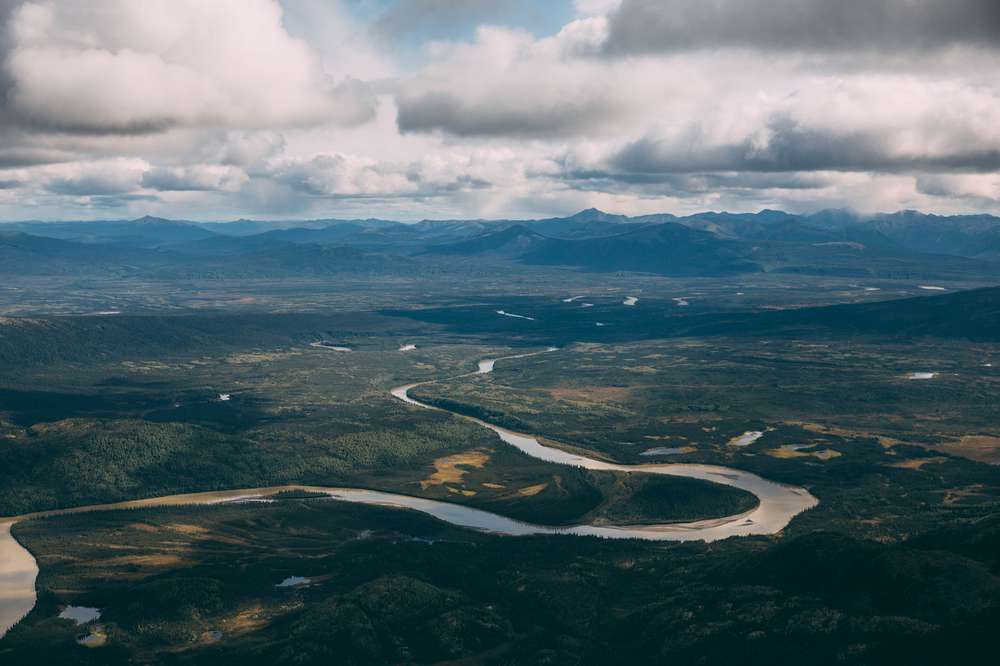 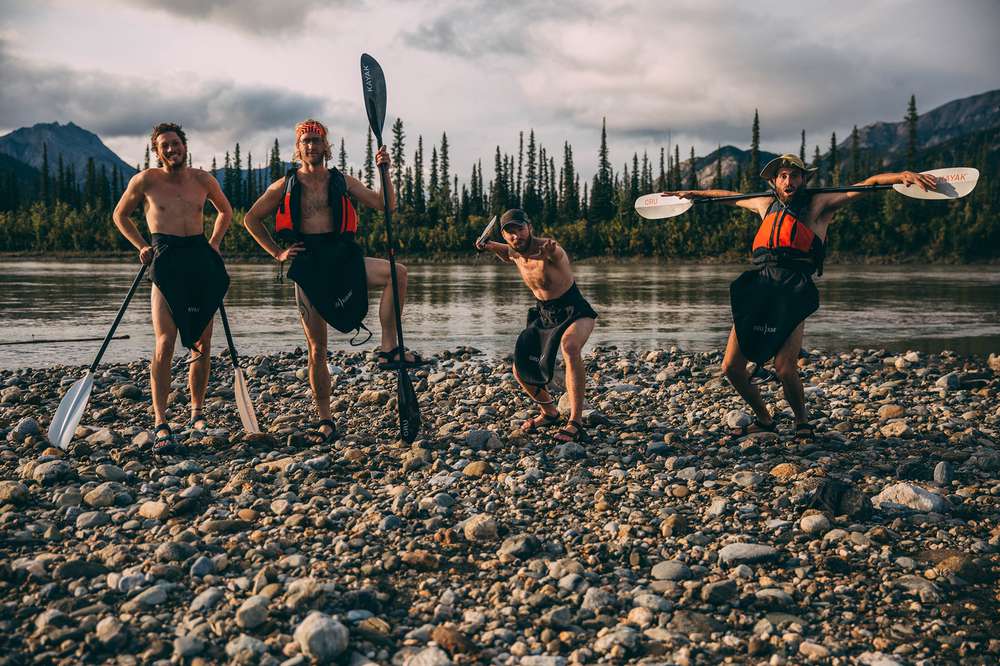 Our trip ended in a small native village named Allakaket, which is only accessible by plane, boat, or snowmobile in the winter. After exploring the small town we flew back to Fairbanks, only taking our research notes, photographs, and stories with us. Everything else we left where we found it, in the Arctic. Around midnight we would depart to go our separate ways — Anchorage, Missoula, Denver, and San Francisco — but before we did that, there was one last thing to do: a return trip to the Marlin.

Shop the styles in this story at Teva.com and #StrapIntoFreedom on Instagram @Teva!