Words and photos by Kylie Fly.

Growing up as an identical triplet was a unique thing. When a birthday rolled around, it was never “my” birthday — everything was “ours.” Sharing was built into my DNA, literally. After flying the coop and heading to college, my sisters and I would plan a birthday adventure every year. It started out as camping trips, where we’d make a few simple plans and blow out a burning marshmallow by the glow of a campfire in lieu of a candle for our birthday wish. This is exactly what we wanted: to be outside.

The tradition continued as we grew older and moved apart, and travel became a necessity for us to be together. From Hawaii to Big Sur, the Grand Canyon to the desert, we made the most of our time together, which often only happened once or twice a year. This year’s trip idea was a bit lofty: Three birthdays and three national parks in three days. We plotted and planned to point the car south to the desert of Utah to hit up Arches, Canyonlands, and Capitol Reef National Parks all in a long weekend. 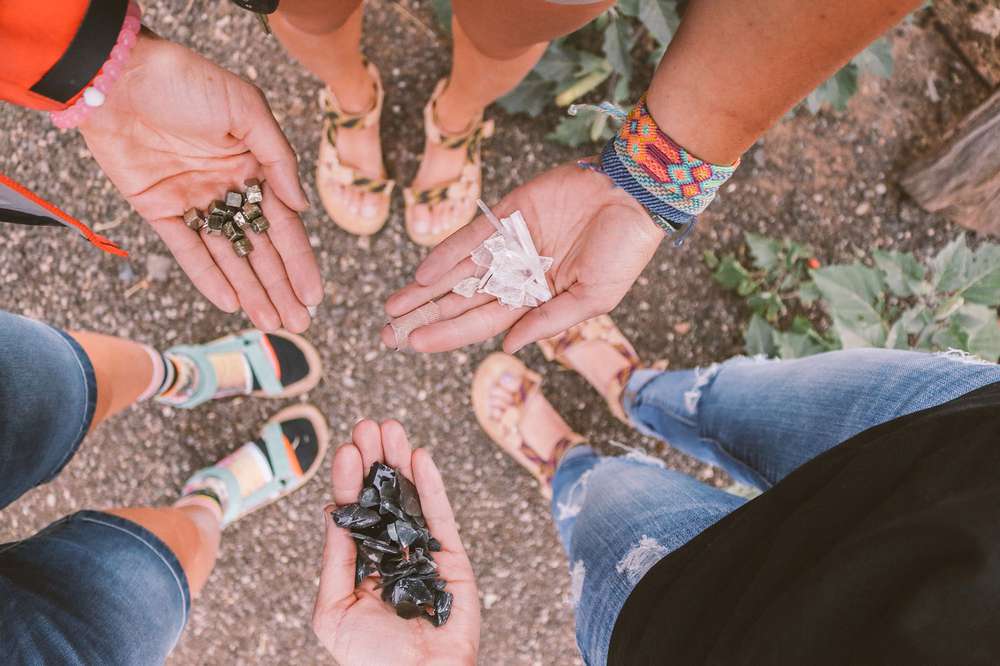 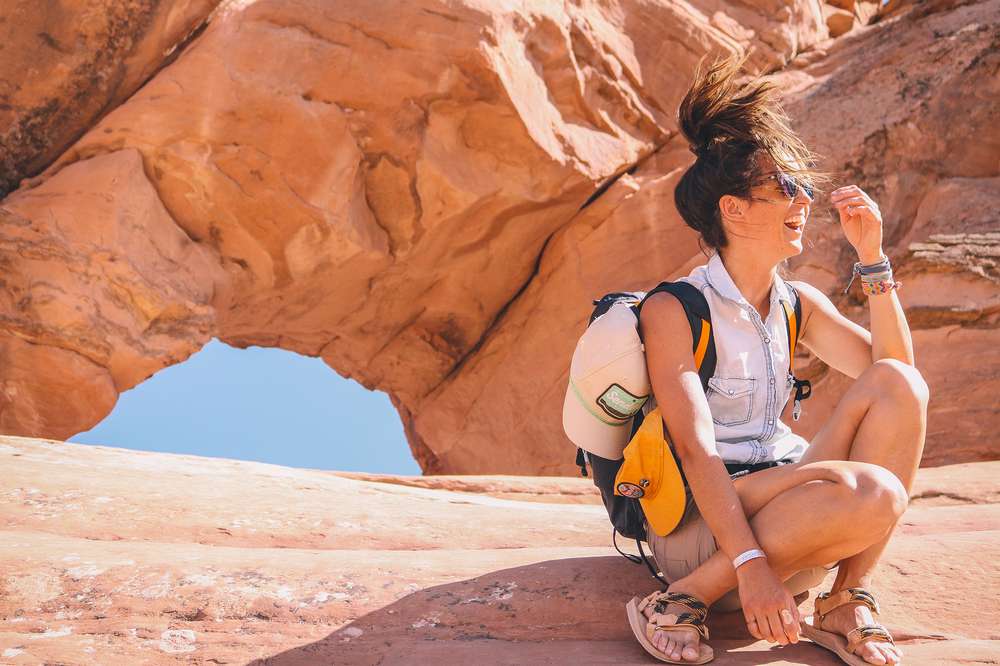 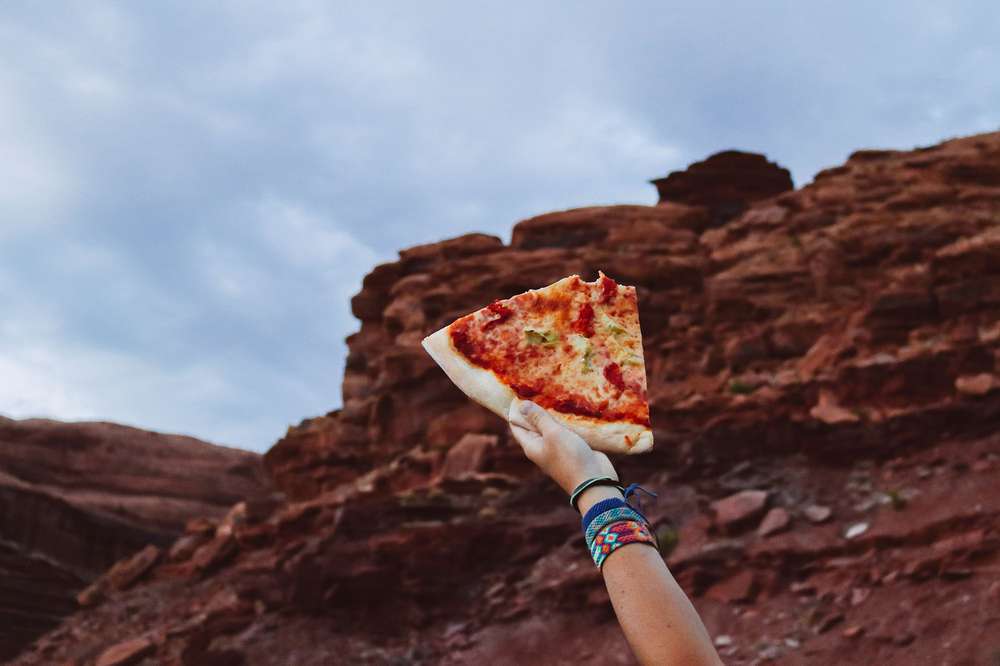 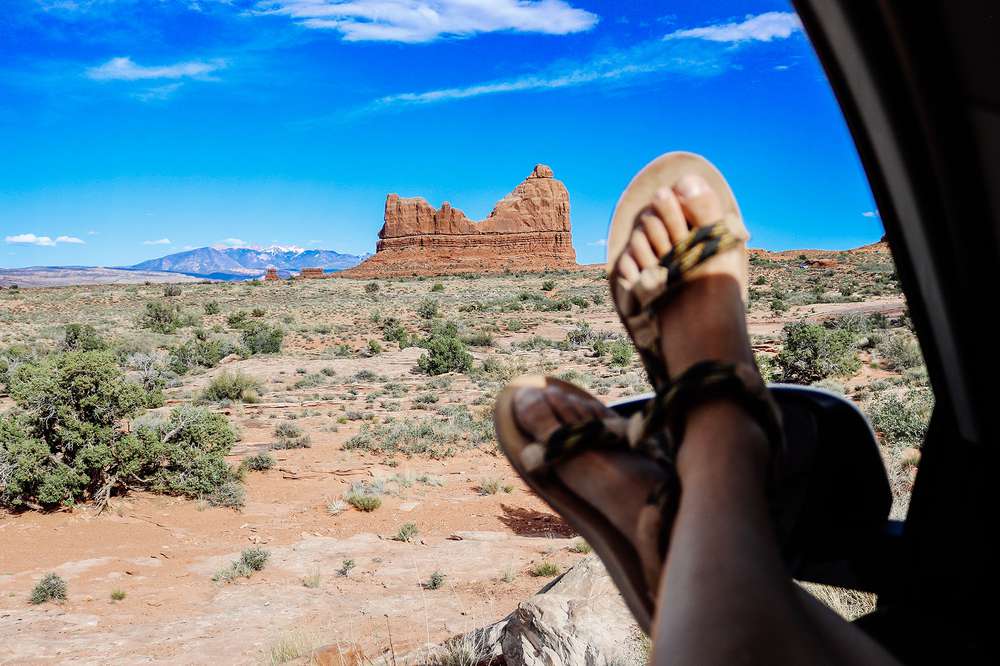 I like reading maps, even if I don’t understand them. I like zooming in and out on Google Earth, moving things around and finding new routes to different places. Our first stop was Arches National Park and we had one goal in mind: to see the Delicate Arch. I’ve found in my years of travel that the key to a successful adventure is to simplify. Instead of creating a list of things you want to do and see, just pick one or two and prioritize. That way, anything beyond that feels like a special treat.

Arches left us with sand in our eyes, sunburnt faces, and on more than one occasion we almost lost our hats to the desert winds. Together, the three of us ended our first day of the trip celebrating our official 30th orbit around the sun with a hot slice of pizza and a killer sunset. There weren’t any bells or whistles, not even a birthday candle to blow out, but we had each other and that was all that mattered.

“The key to adventure is to simplify. Pick one or two things and prioritize. Anything beyond that feels like a special treat.”

After leaving Arches, we headed to Canyonlands National Park. True to its name, there are a lot of canyons. It felt a little like we had stepped into the land of the dinosaurs, traveling back in time to when T-Rex was the boss. The purples and pinks of the canyons are easy to get lost in, and if I were a better artist I might be tempted to paint such a scene but I took a photo (or a hundred) instead. 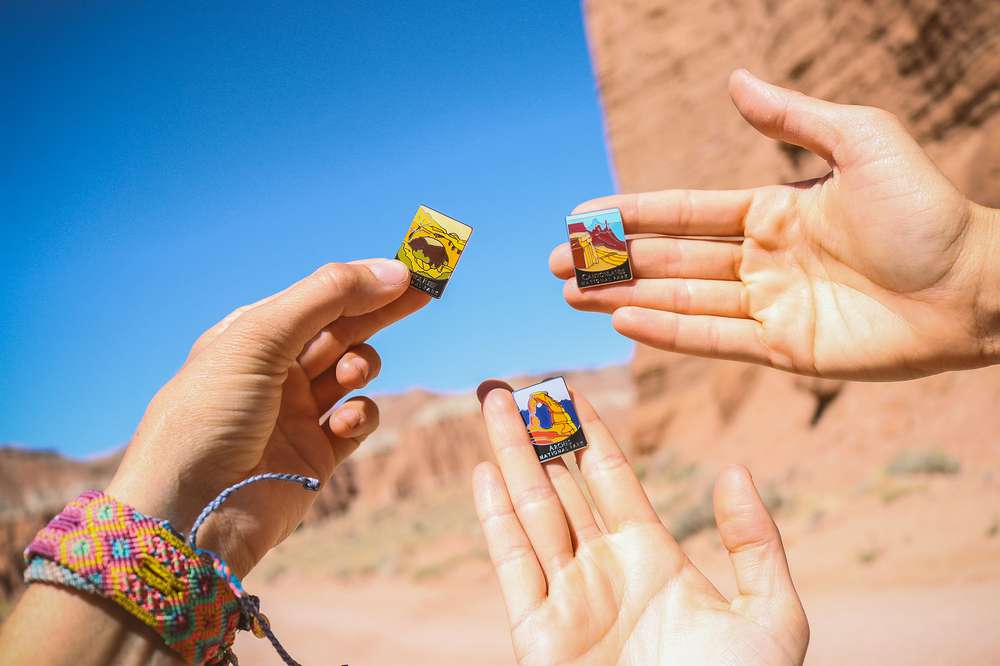 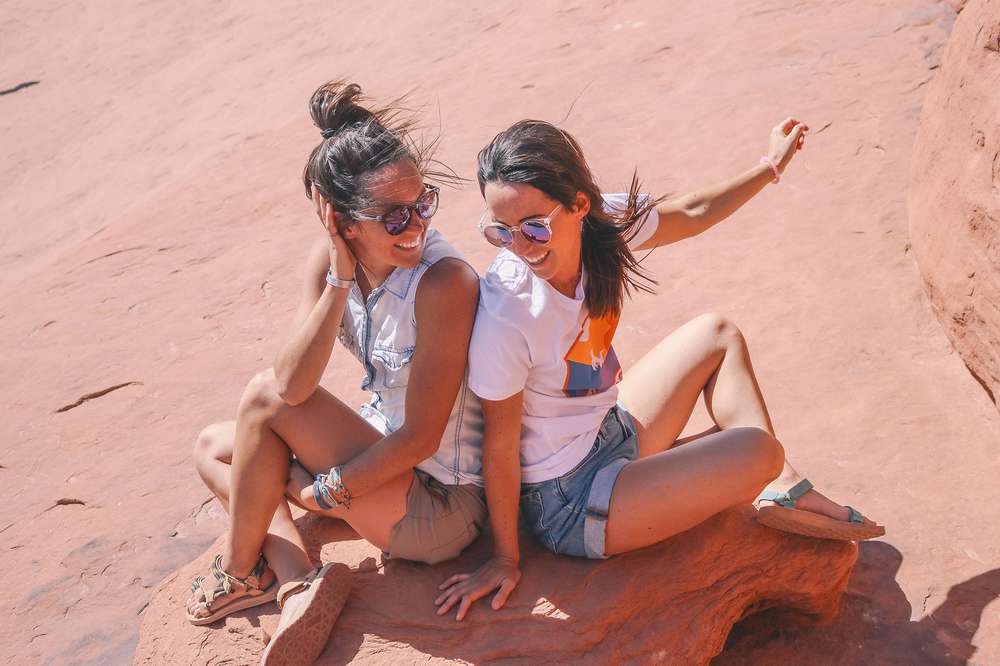 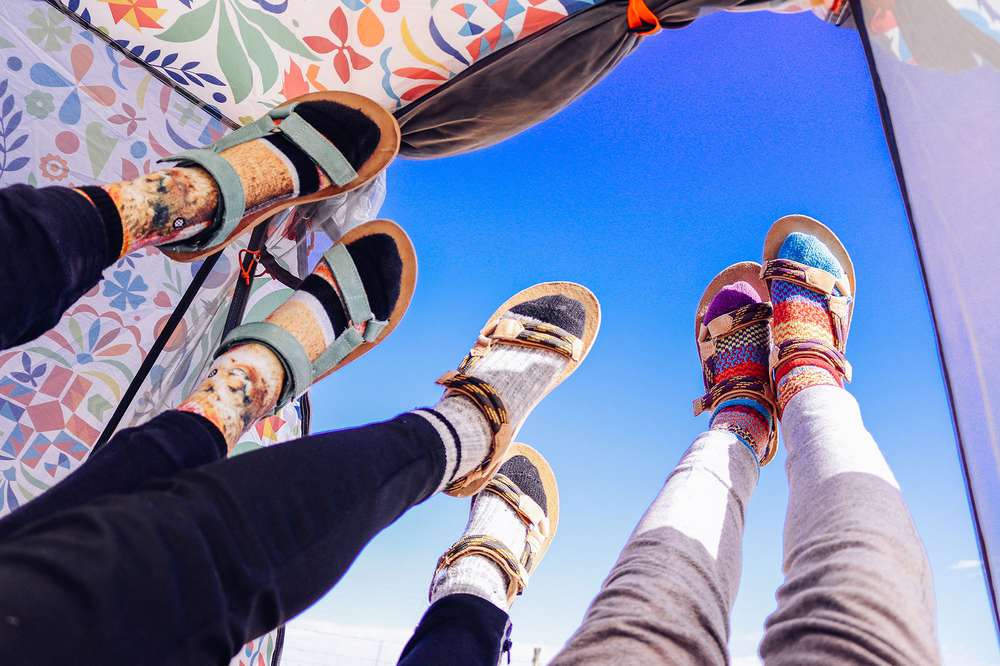 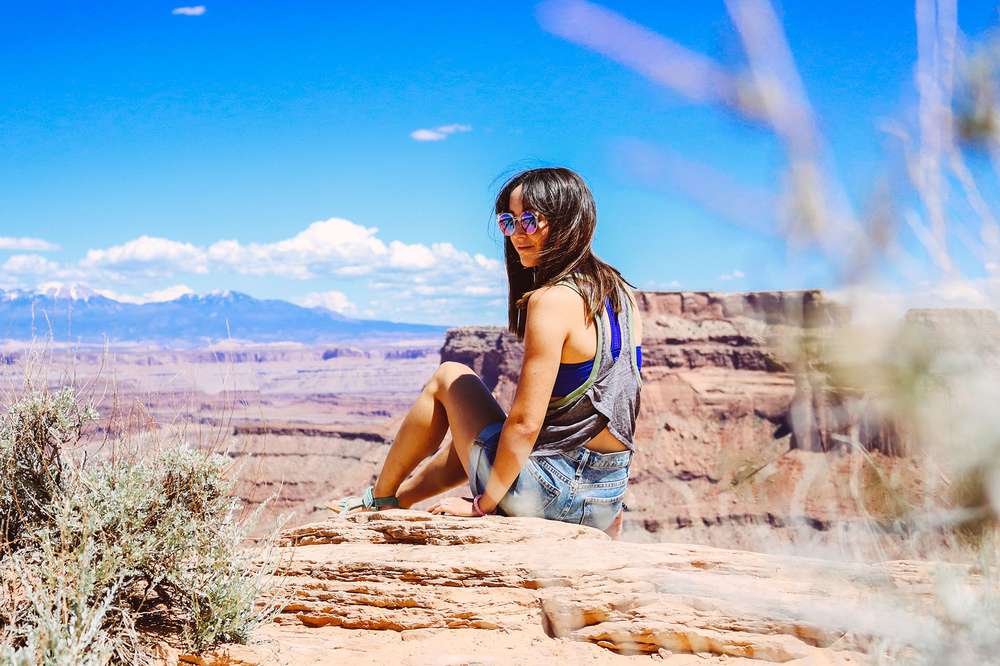 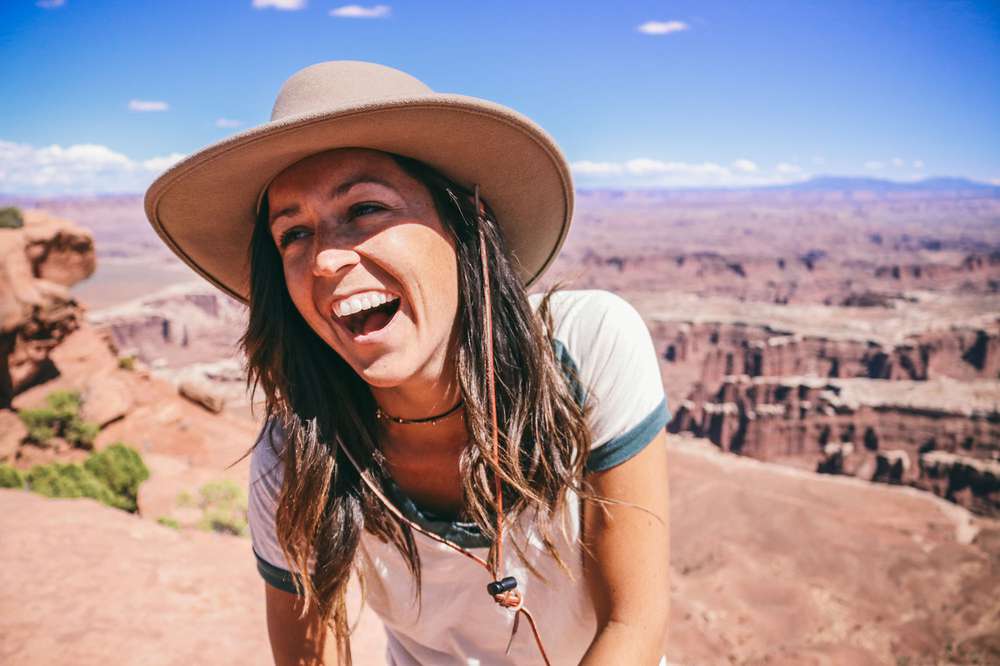 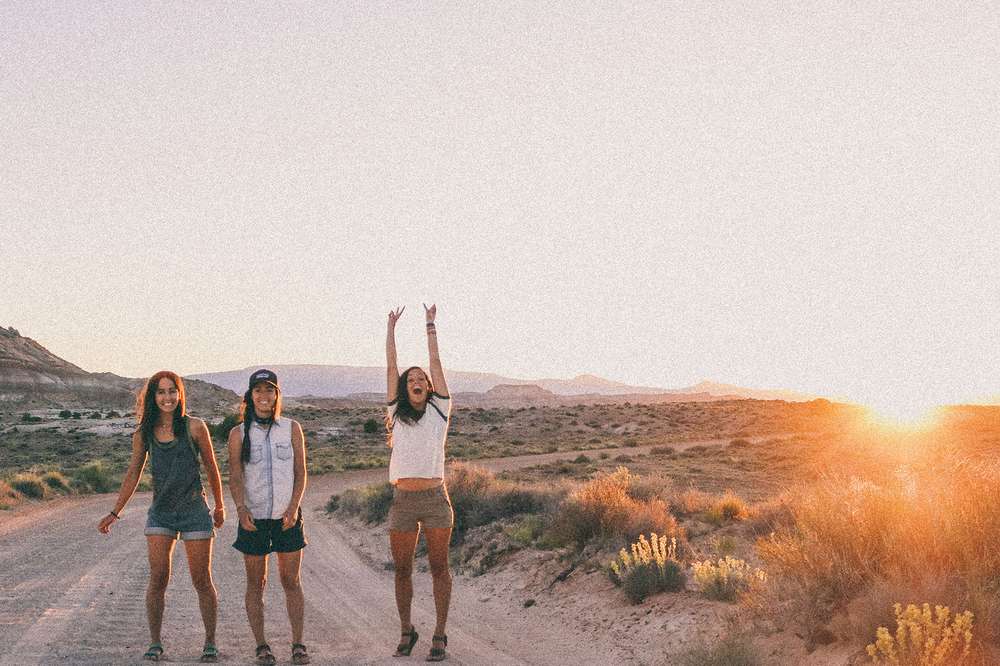 I’d read about the legend of Dead Horse Point, where wild mustangs used to roam and cowboys rounded them up between the cliffs and corralled them to buy and sell. For unknown reasons, the mustangs were left in the waterless canyon and died of thirst with the Colorado River in view. Canyonlands only receives about 10 inches of precipitation a year, and millions of years of geologic activity created what we see today. Deposits from oceans, lakes, streams and wind formed the beautiful desert canyons, mesas and buttes carved into the landscape of the high desert. We made sure to make the most of our time here, chasing sunset and leisurely creeping along cliff lines.

It’s Ok to Get a Little Lost

Sometimes you don’t realize how terrible your plan actually is until you’re already in the thick of it. It was late in the day and super hot out (it being the desert and all), and my sisters and I were fatigued with hunger and heat exhaustion. As we drove from Canyonlands to Capitol Reef through another canyon, I had no idea if we were going in the right direction or not. None of us had cell service and we didn’t actually have a hard-copy map in the car. After some contemplation and sisterly debate, our doubts got the better of us and we made a big U-turn and headed the opposite way. Which, as it turns out, was a very good thing because we were definitely headed the wrong direction. We eventually ran into a motorcycle gang that pointed us in the direction we needed to go, and all was right again in the world. Or so we thought.

“We ran into a motorcycle gang that pointed us where we needed go. All was right again. Or so we thought.”

Paved roads quickly turned to dirt washboards. It was getting super dark quickly and we found ourselves cruising over huge boulders and slabs with cliff edges on either side. We drove through dried river beds and down winding gravel roads that seemed to twist into the distance forever. Suddenly my camping plan to “feel it out and find something when we get there” began to feel a little foolish. 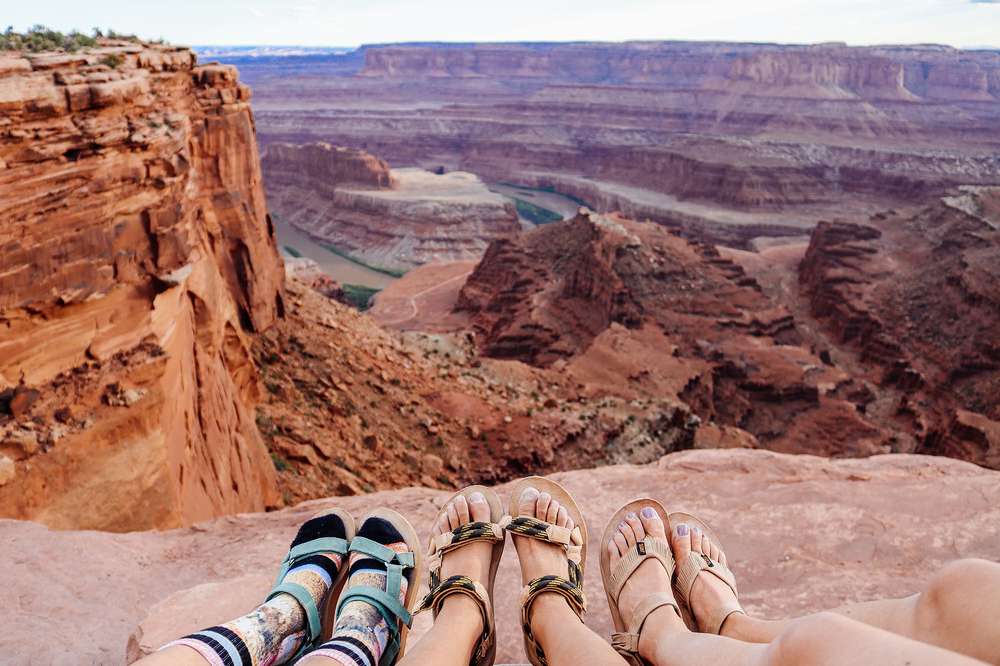 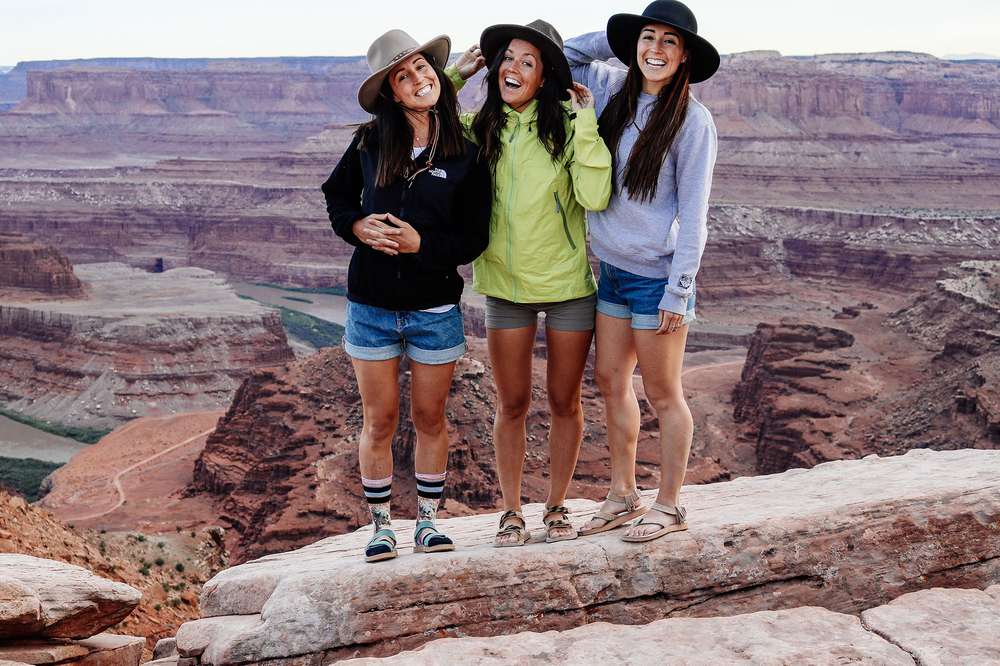 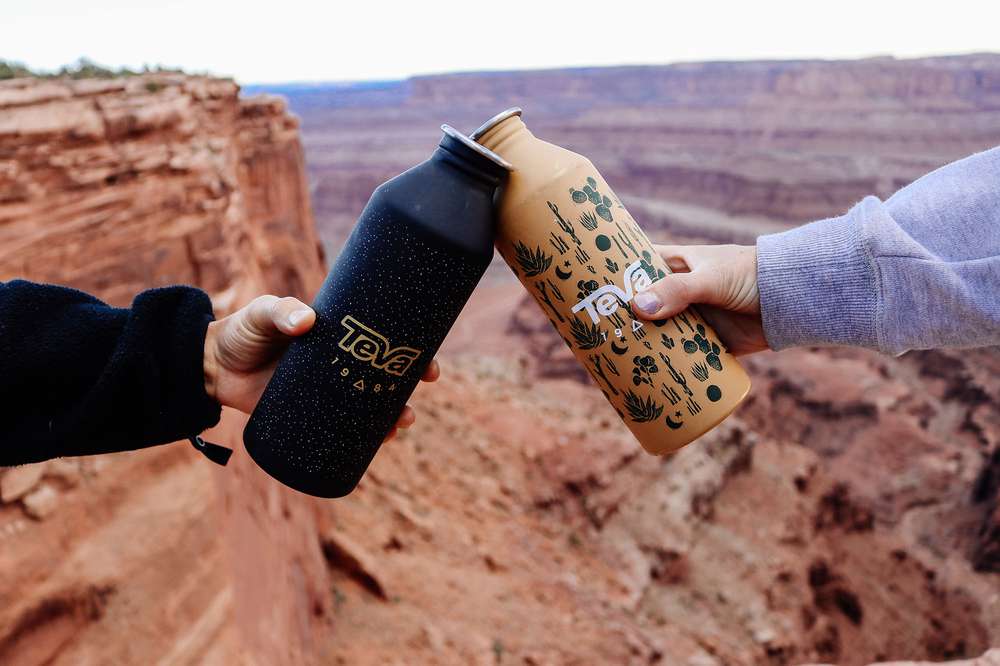 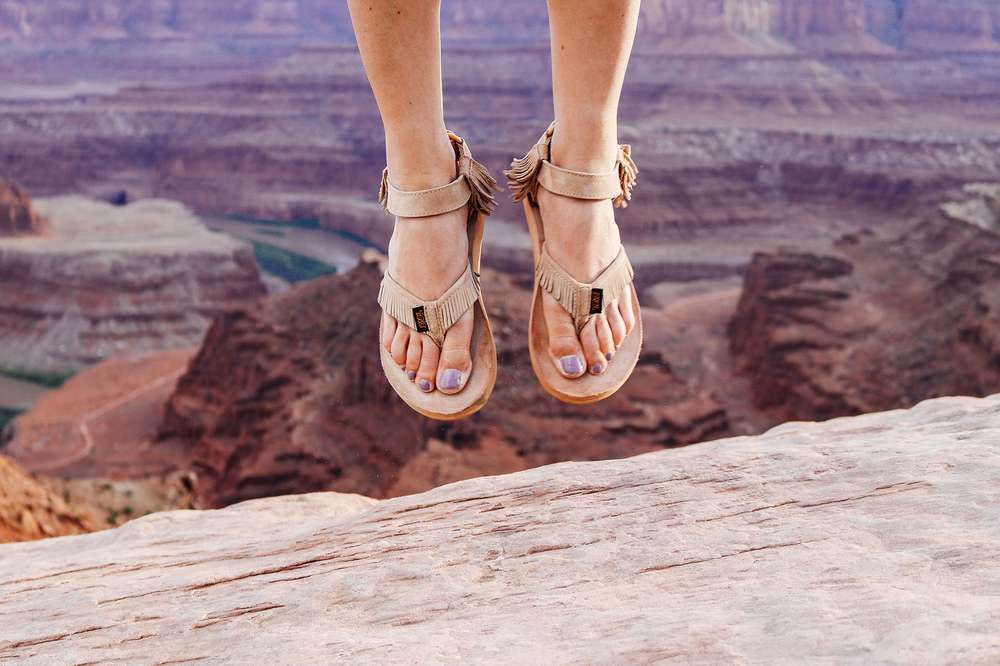 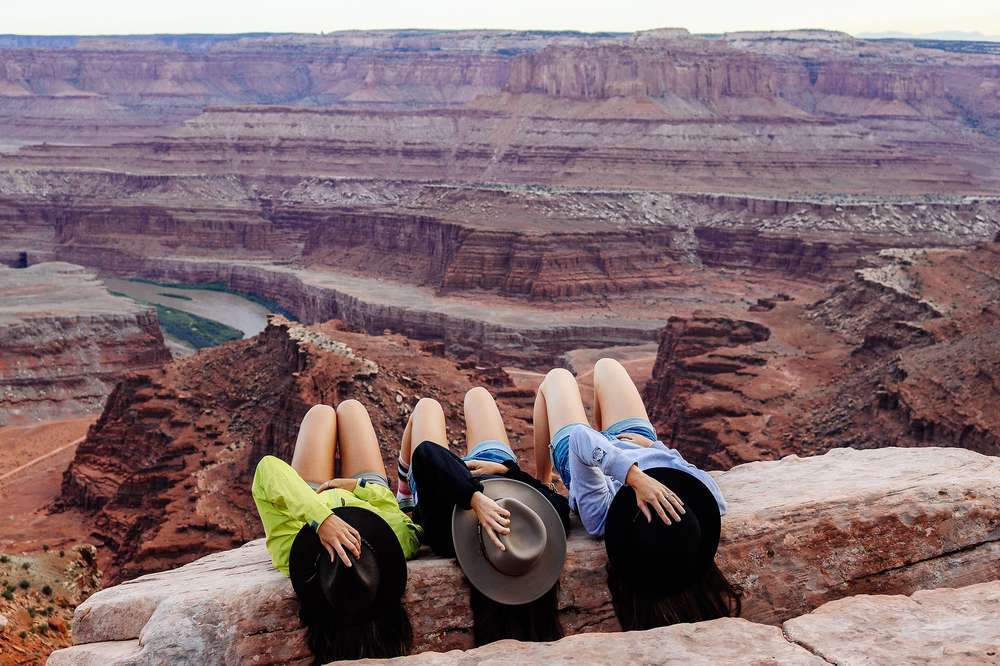 Looking out the window, it looked a lot like we had landed on Mars. After driving for miles of hairpin turns, we hadn’t seen another soul, and I began to wonder if I’d taken a wrong turn. Eventually we came to the end of the line, met with a sign saying I would be entering National Park area and no camping was allowed. That’s when we saw a young couple crawl out from a tent somewhere out of our line of sight in the darkness, and they kindly gave us a little direction as to where we could go from there. We ended up finding one of the coolest campsites of the entire trip, with awesome views of the Temple of the Sun and Moon formation. It was the perfect way to end our trip and reminded me to never doubt the adventure, even when you’re completely lost. Trust in the process, and you’ll find your way back.

Driving away from this desert camping trip to Arches, Canyonlands and Capitol Reef National Park, the three of us were proud of all that we were able to see and do in such a short amount of time. There may not have been any candles to blow out on our birthday or a living room filled with people we love and admire, but we had each other and the fresh air and that’s all we could have hoped for.