Words and photos by Tara Michie.

When my friends invited me to Cuba, I jumped at the opportunity because, until recently, it was a little tricky to travel to Cuba as a U. S. citizen. I booked my flight three days before my trip, packing my Teva Original Universal Premier sandals just as hastily. This was the first time I was traveling to a country that once had boarders closed to U.S. citizens. I did very little research prior to my trip, but as I was browsing forums one contributor’s comment stuck with me:

“Millions of Americans have already visited Cuba, but everyone arriving this week is under the illusion that he/she is the first one to discover Cuba and the last one to see it before it is no longer an independent country.” 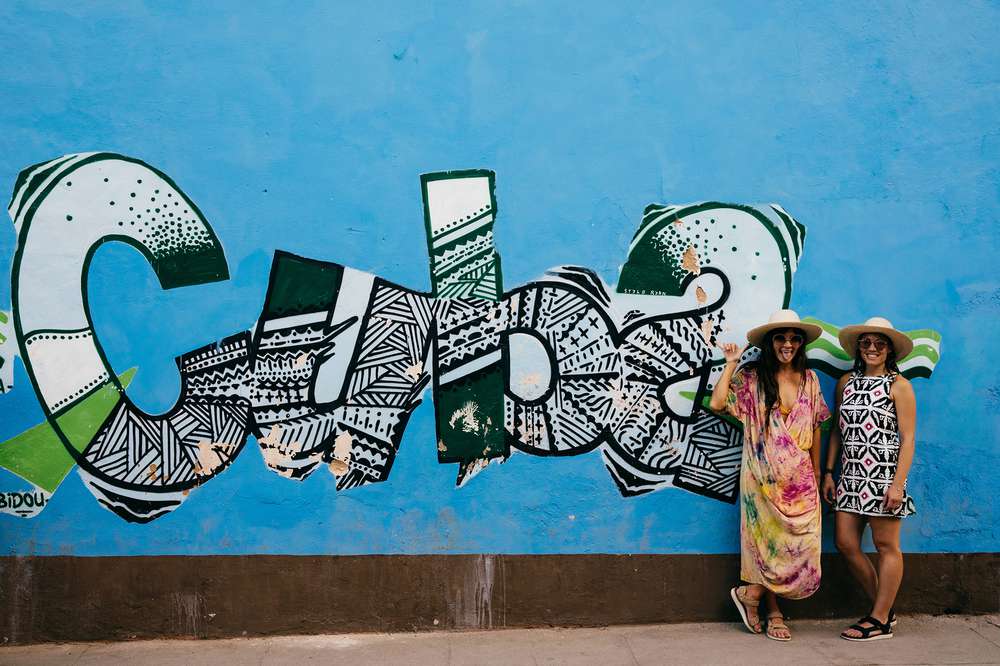 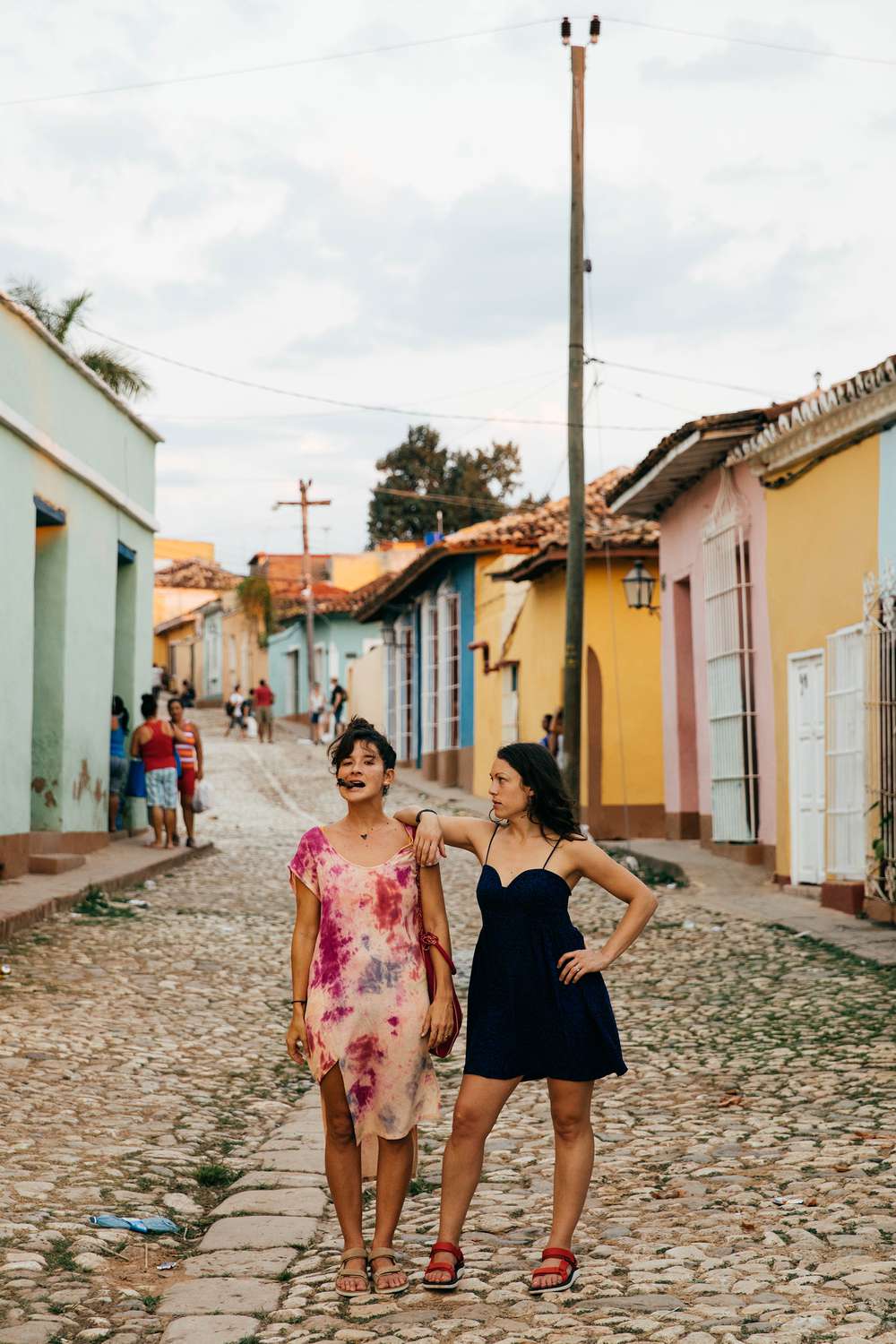 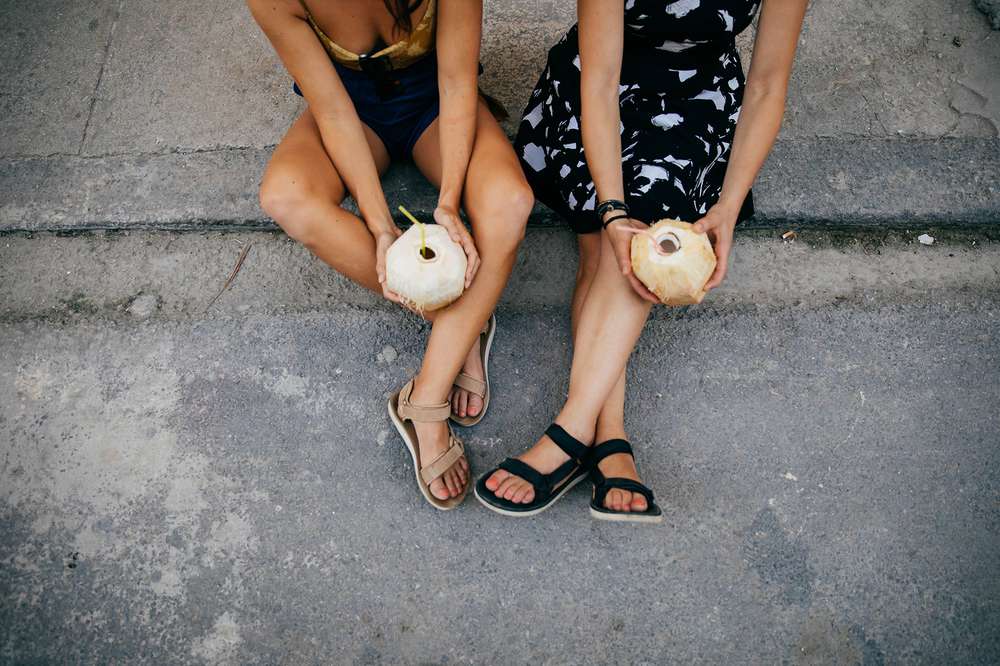 Cuba’s borders are not opened to Americans for “tourism.” Although many other countries are allowed to travel to Cuba for tourism, U.S. citizens must apply for a visa under 12 different categories. The visa process is no longer as strict and airlines typically have a special check-in counter for Havana-bound travelers. I decided my main purpose for travel was “people-to-people” contact (or “educational activities”) and made a huge effort to fulfill those requirements.

“I encourage anyone who wants to travel to Cuba to really consider the reason they want to go.”

I encourage anyone who wants to travel to Cuba to really consider the reason they want to go. We have an opportunity, as Americans, to gain perspective, learn, and hopefully give back to the Cuban people in some way. It is a long-sighted privilege that exceeds a stereotypical holiday filled with rum, cigars, and old cars.

Bring cash. Your cards won’t work if you are low on funds. Cash is king in Cuba; the Cuban Pesos is a closed currency so you can only exchange it once you are in the country. I suggest bringing more than enough cash for your trip. I spent around $700 for six days (including lodging, transportation, food, etc).

One USD is the equivalent to one CUC, but due to taxes and fees, the U.S. dollar is worth less (about .87 while we were there). And don’t think everything in Cuba is cheap—even though their rum and food is incredibly affordable, riding taxis and paying for your lodging can add up! Hailing a taxi in New York was cheaper than taxis in Havana, and the tap water is not safe to drink, so you’re looking at spending two-to-four CUC per water bottle.

Support local. If you are looking for a place to stay or restaurant to eat at, always choose locally-run versus government-run establishments. This was common advice from all the Cubans we met. Government hotels and restaurants are ridiculously overpriced and the local Cuban economy is ever-growing. You can usually book an Airbnb in advance, but not once you’re in Cuba. If you are in a real bind, just look for homes licensed with the symbol “ARRENDADOR DIVISA.”

It’s common for Cubans to use their homes as their storefronts. Most clear out their living room and fill it with handmade goods during the day. We stopped at one older gentleman’s well-curated hat shop and bought a few hats his wife made in-house (literally). 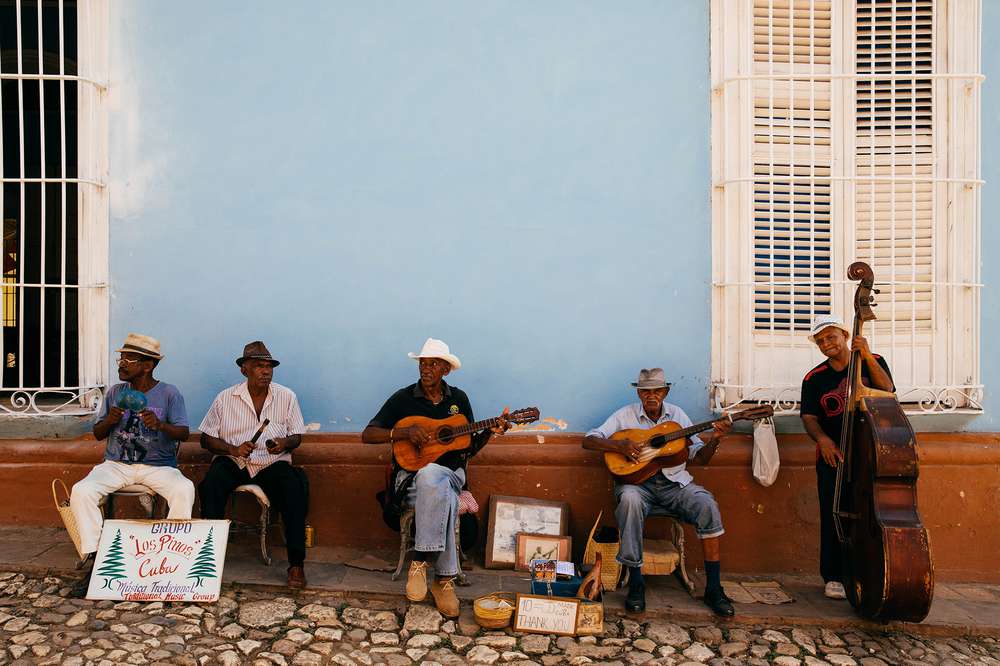 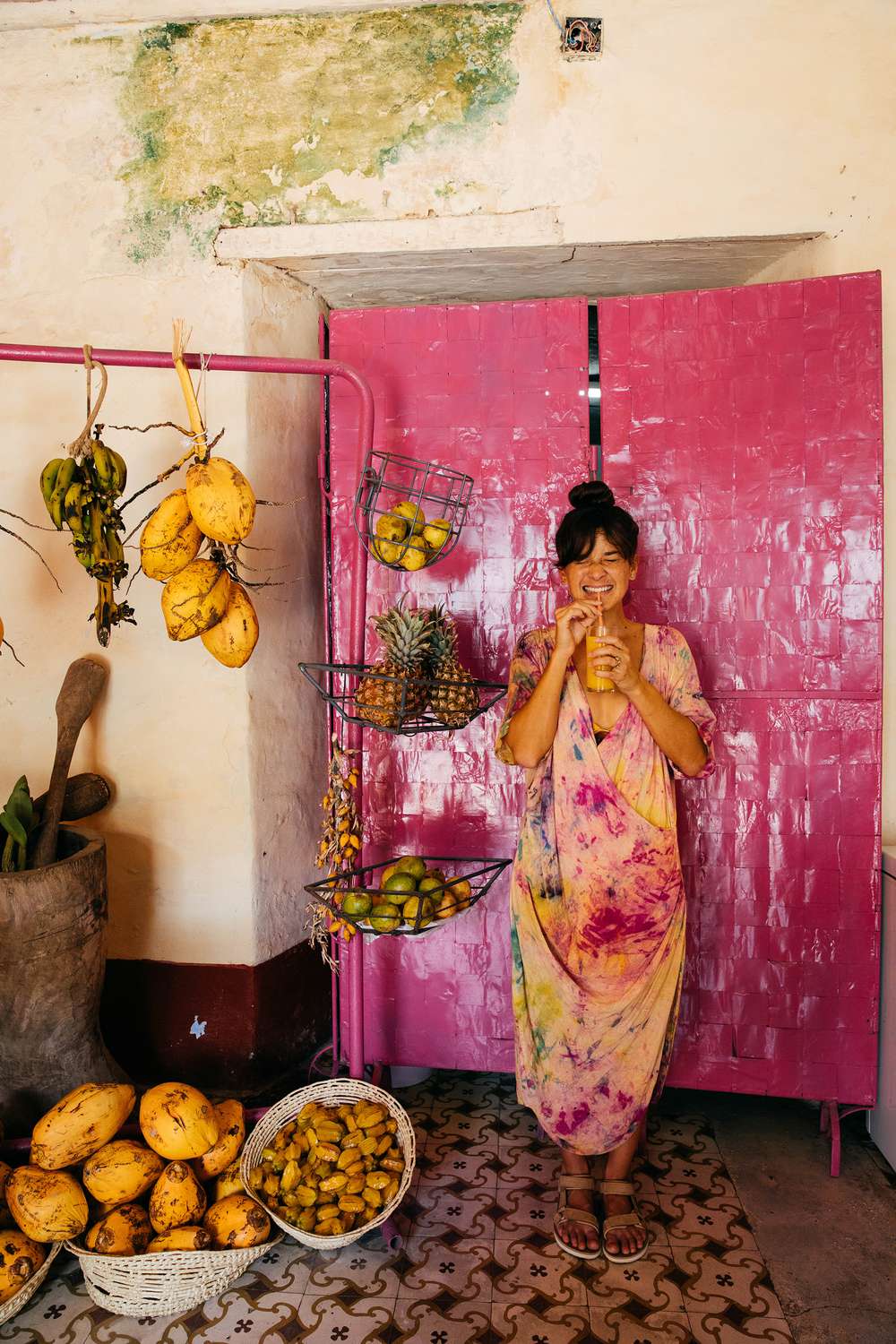 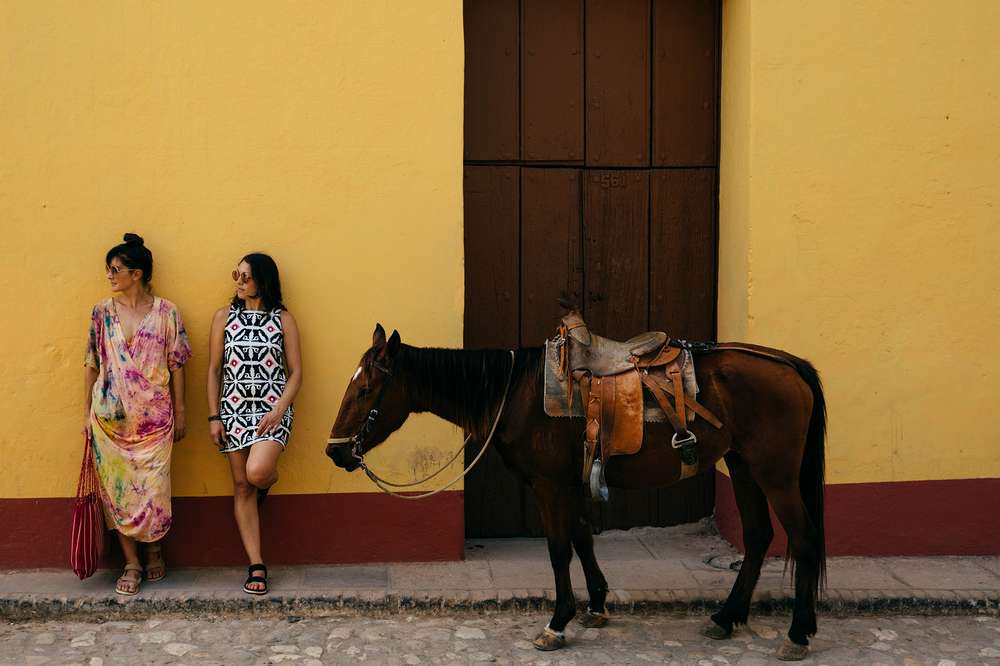 What’s the deal with all the old cars? If you are familiar with the 1960 embargo with the United States, then you know why vintage American cars are still prevalent in Cuba. And although there are still plenty of 1950 Chevrolets used as everyday drivers, a lot of the vintage cars you see now are used for tourism—that’s how we got to cruise in a pink 1950 Chevrolet convertible (for 50 CUCs, mind you). Though we glamorize the vintage cars, they are a sign that Cuba lacks resources and modern development, and we should recognize that. Don’t get your hopes up and think the only cars on the road are Chevys, Buicks, and Studebakers (because I did).

Understanding the economy. All Cubans are provided with free healthcare and education by the government. Some families are even grandfathered into homes given by the government after the Castro revolution (most of the local housing we saw were dilapidated, in constant need of repair, with three or more generations living in one household). They are also given monthly ration cards with nominal items. Most industries are owned and operated by the Cuban government (although self-employment has become a huge means of income for Cubans).

“The tourism industry has provided an interesting twist—a doctor gets about 50 CUC a month while taxi drivers make the most money in Havana.”

Although Cuba is considered upper-middle-income and one of the largest economies in Central America and the Caribbean, the average wage in Cuba is about 20 CUC per month (equivalent to $20 USD) due to high taxes. This doesn’t leave a lot of room for extra expenses. The tourism industry has provided an interesting twist in job value and income levels—on average, a doctor gets about 50 CUC a month while taxi drivers (cue that 1950s Chevy convertible) arguably make the most money in Havana.  There is a lack of development in Cuba due mostly to the oppression forced by the U.S. Embargo, and most Cubans’ living conditions would be considered unlivable for American standards. But from my experience in both Havana and Trinidad, there was little-to-no begging, no homelessness, and the streets were relatively clean. 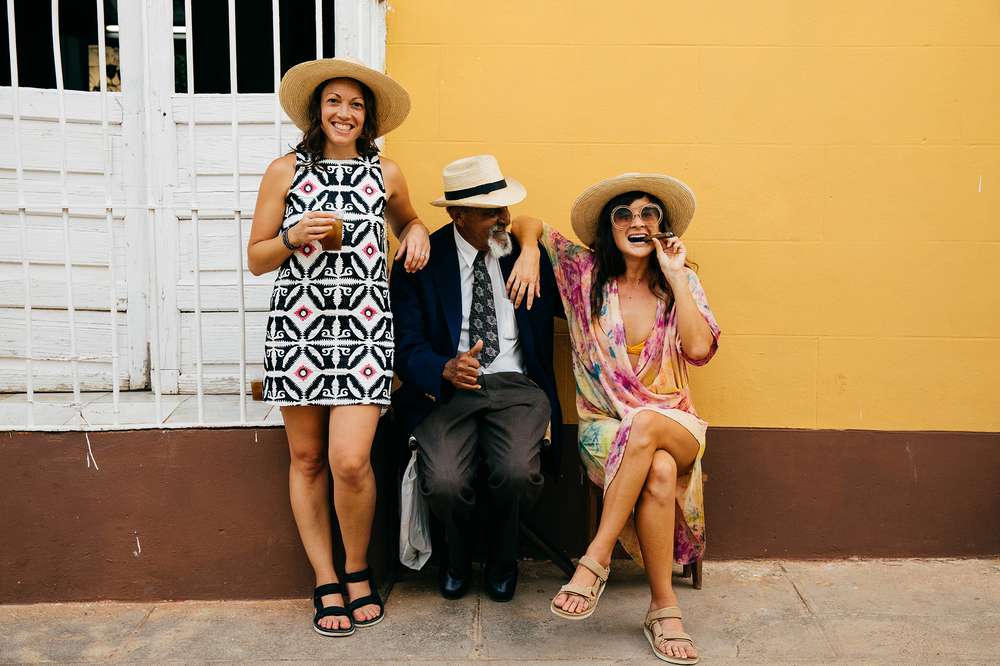 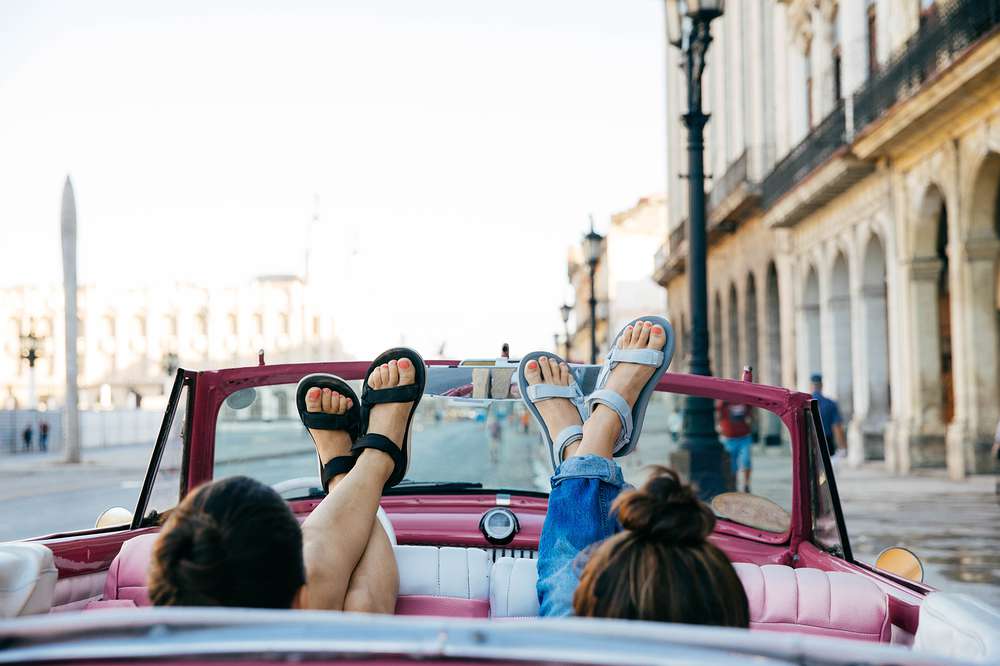 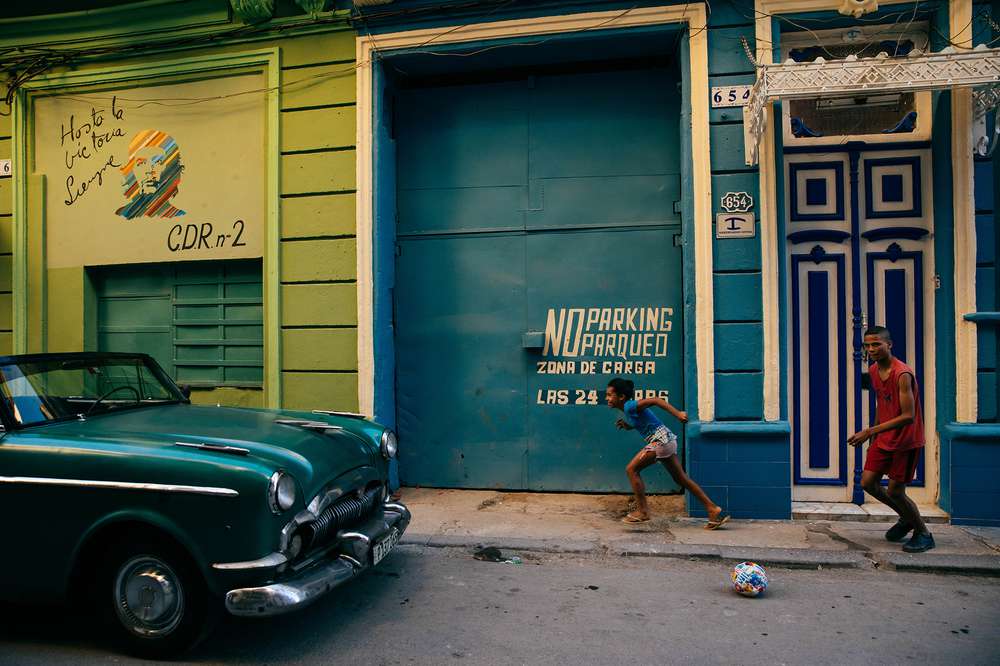 It feels really safe. Cubans are some of the friendliest people I’ve met. They are very helpful and aside from some pesky taxi drivers, most of them don’t haggle you. I spent two days in Havana on my own and never once felt threatened or unsafe. I even walked down the Malcón late at night and didn’t have any problems.

It’s very common for men to cat-call women in Cuba. While we were cruising the streets in the 1950 Chevy convertible, our taxi driver called out to a few girls and I questioned him. He said, “What? It’s my job.” Cuban men think it is their duty to let girls know they’re pretty. So girls, just do as the locals do: ignore it.

Giving back. Most Cubans don’t have a lot of extra income for luxuries. A pair of jeans still cost 15 CUC and something as simple as a Band-Aid can be a lot pricier than you think. Cubans will never ask or demand you to give them something of yours, but will gratefully receive gifts. A friend gave her Airbnb host anti-histamines that would have cost well over 50 CUC in Cuba. I was able to give my last host, Ana, a pair of my Teva Original Premier sandals (we were the same size!). She was so grateful and put them on immediately.

A personal perspective on politics. Just a few months ago, a diplomatic agreement was signed between the U.S. and Cuba—Americans can now go freely into Cuba while Cubans are still prohibited to travel to our country. They are no longer allowed to take refuge on American soil through the “wet foot, dry foot” policy.

Cubans do not have freedom of speech, so if they don’t approve of their government, they definitely don’t voice their feelings. People obey the rules, but maybe because they don’t have another choice. It was so interesting to be in a country where almost everyone has just enough to get by but not a whole lot more than that. I think it’s something we take for granted as Americans. 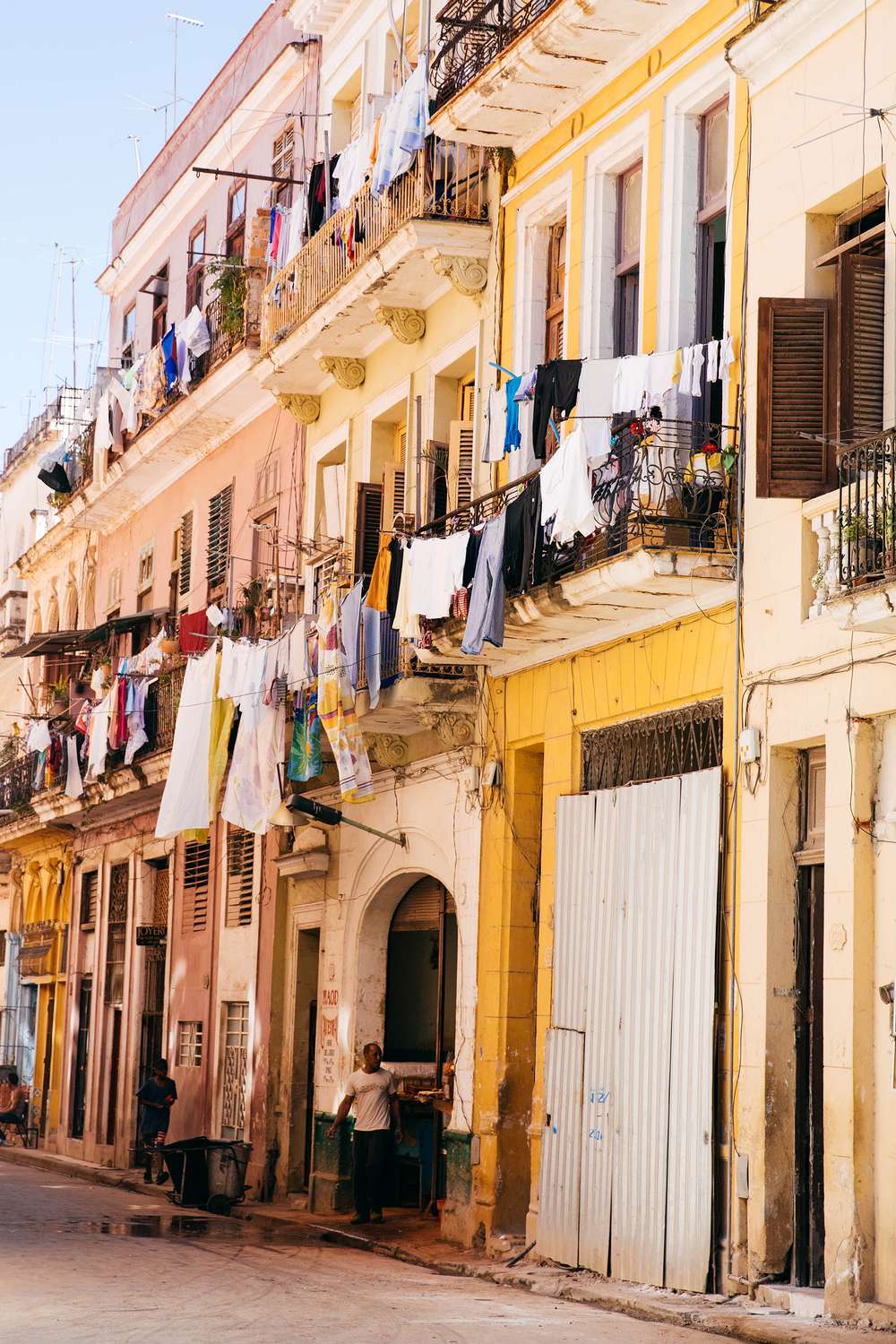 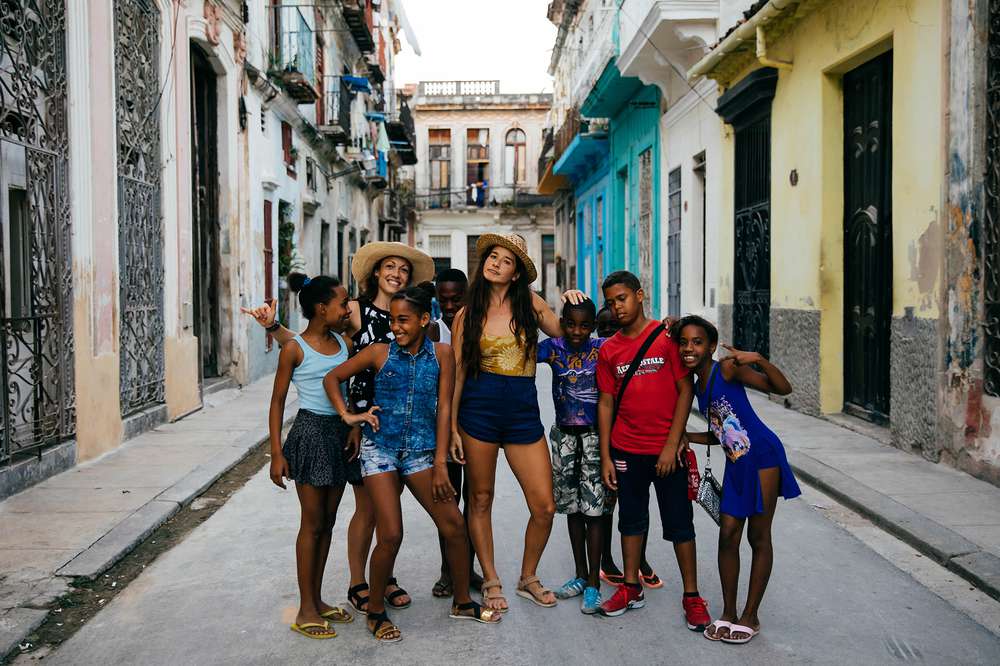 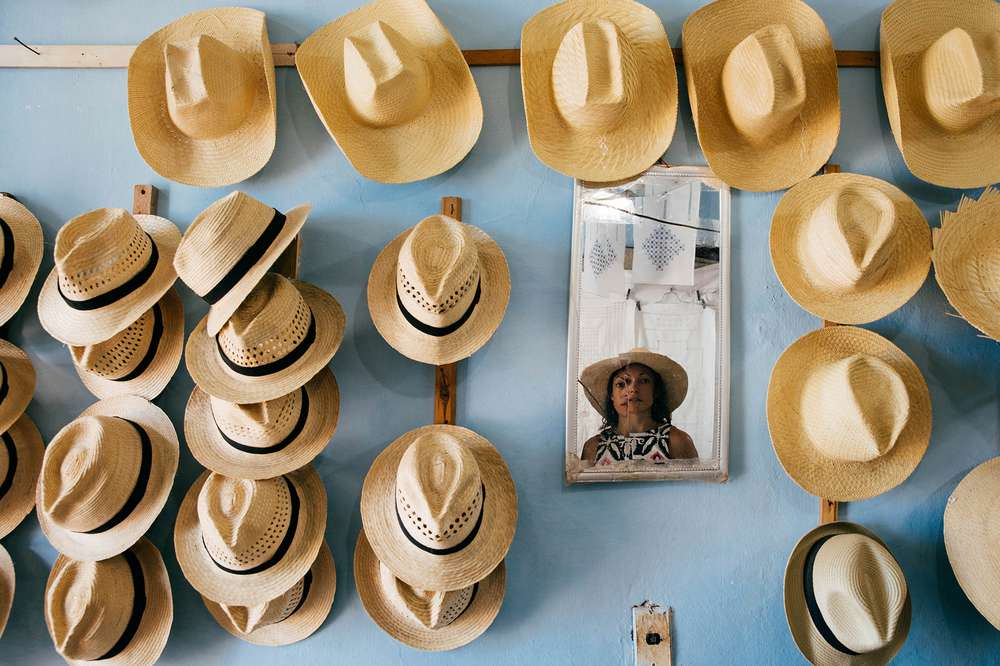 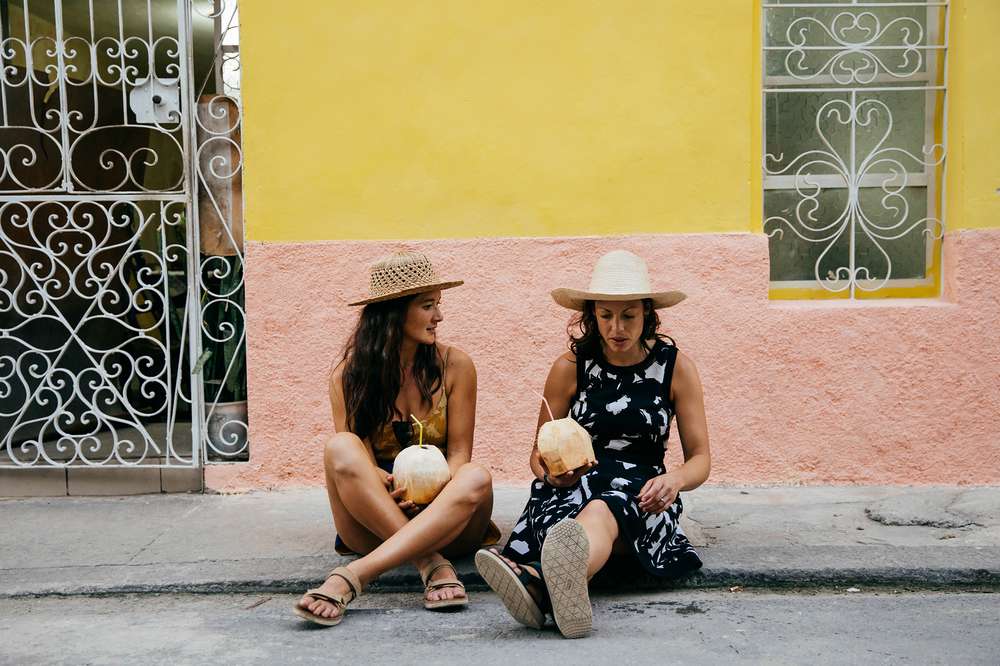 I shared some of how I felt on social media and received some really interesting responses. One women’s family endured generations of oppression before they fled the country. Her great-grandfather was a political prisoner for 14 years and was used for human experimentation, her grandfather was shot in the war against Castro, and her uncle was forced into a labor camp for seven years—all because they opposed the Castro Regime.

“Going to Cuba wasn’t just about vacationing but understanding a country, once stuck in time, now changing rapidly.”

Another woman said, ‘I’m truly happy that tourists are experiencing the truth from the inside of my little island’ and ‘outsiders learn that the Revolution and the image of Che and the Castros are nothing but cheap propaganda; there is no freedom without free thinking. We’ve lacked freedom of speech since 1959.’

I had this romanticized image of Cuba in my head created through the photos I saw on the Internet. To me, Cuba was stuck in time: old colonial buildings, cars from the 1940s, old men smoking cigars, a nostalgic energy. Don’t get me wrong, Cuba was absolutely amazing and we took advantage of all the highlights (I’m sure a few of my photos will wind up on Pinterest as travel inspiration), but being there was also an education. Going to Cuba wasn’t just about vacationing but understanding a country, once stuck in time, now changing rapidly.