Words and photos by Under Open Air and Teva Explorer Grant Puckett.

You vs. yourself vs. your machine.

We got out and stayed there.

Replaced the same old grind with a new perspective.

Better, worse, and everything in between.

The journey itself wasn’t the destination.

It was the fleeting moments along the way.

The ones that stick with you forever. 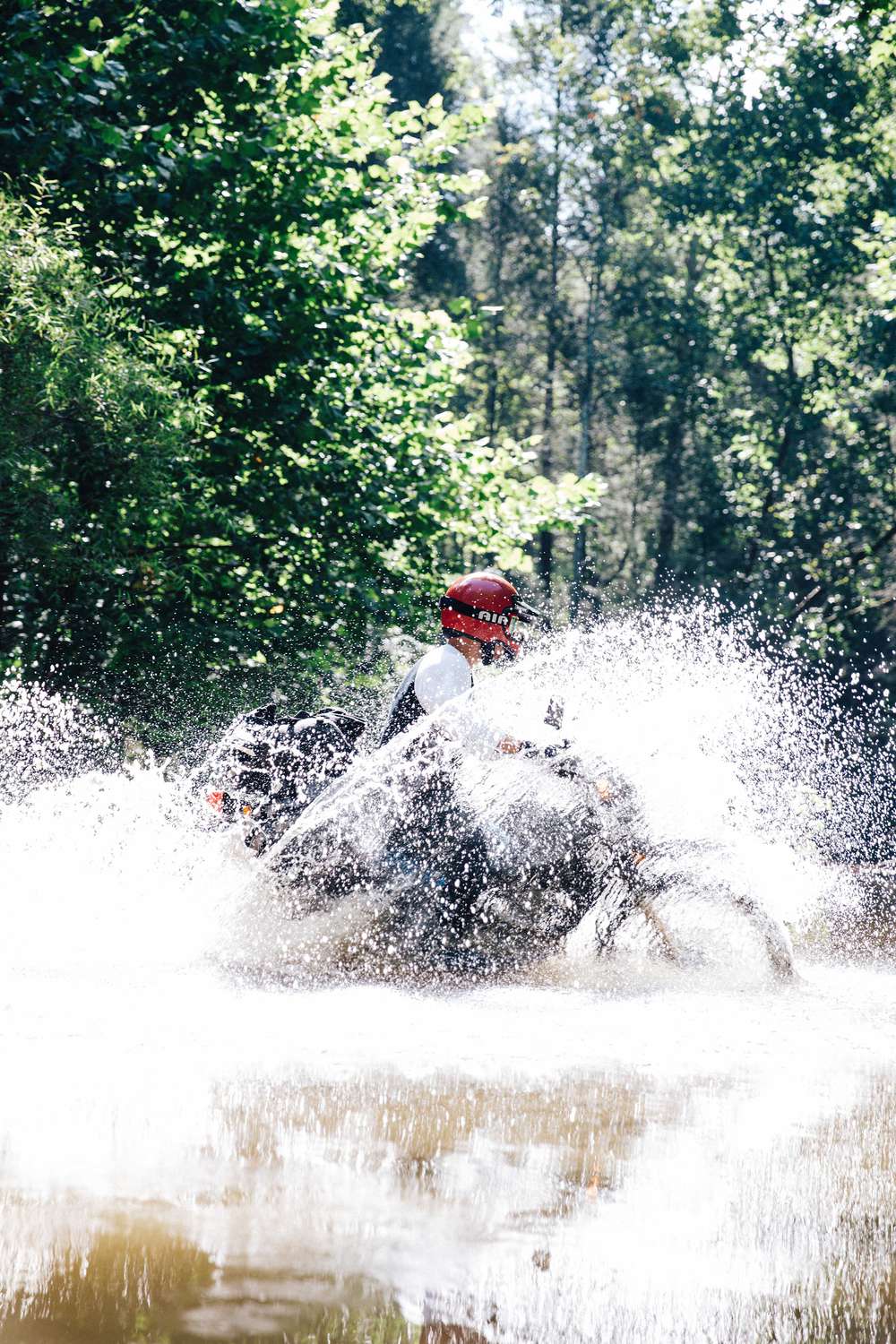 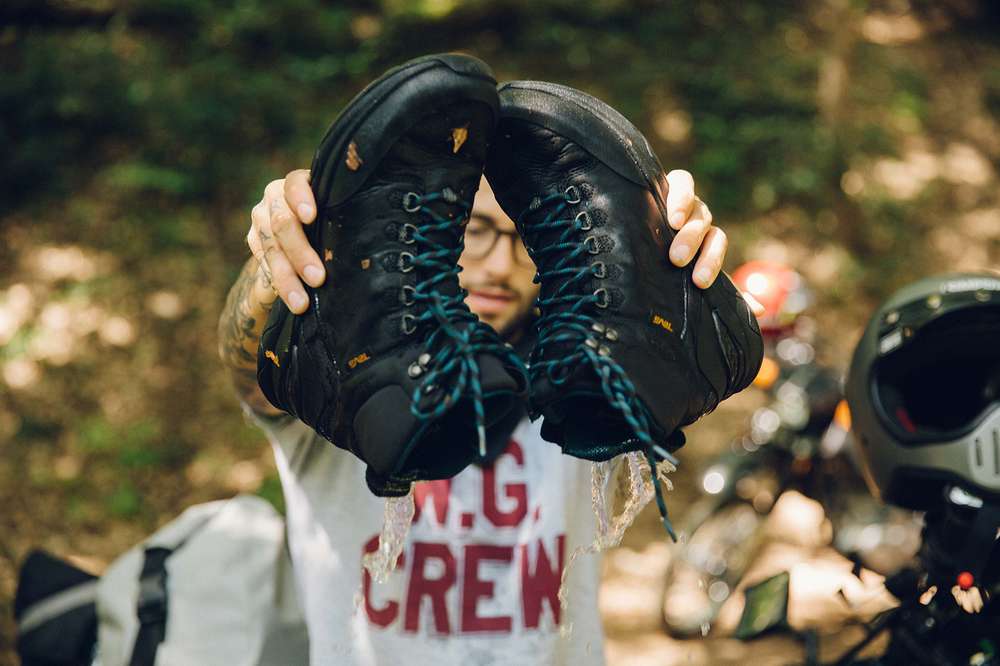 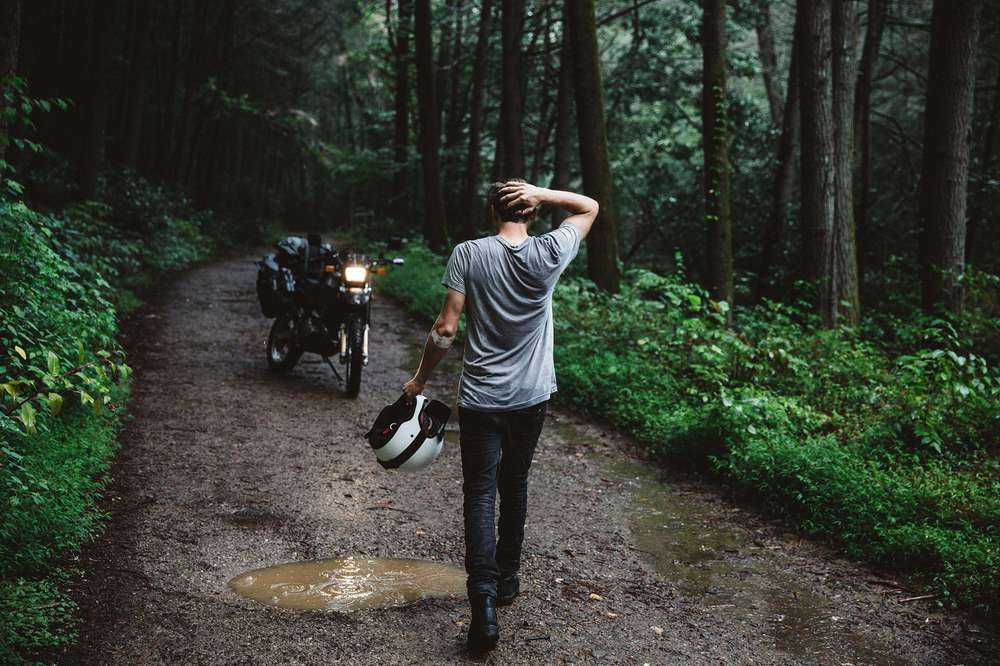 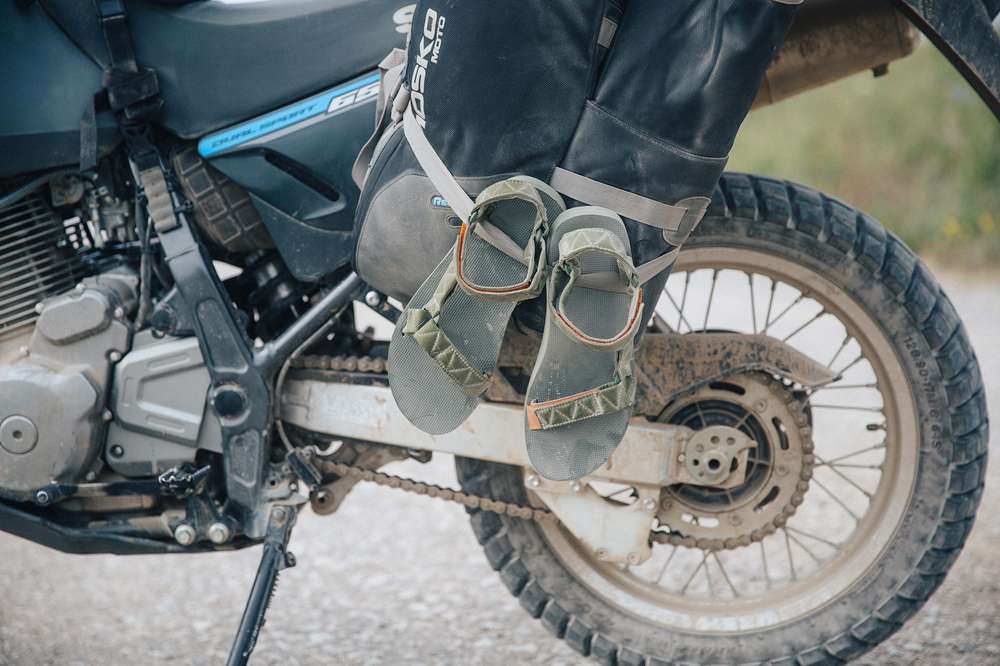 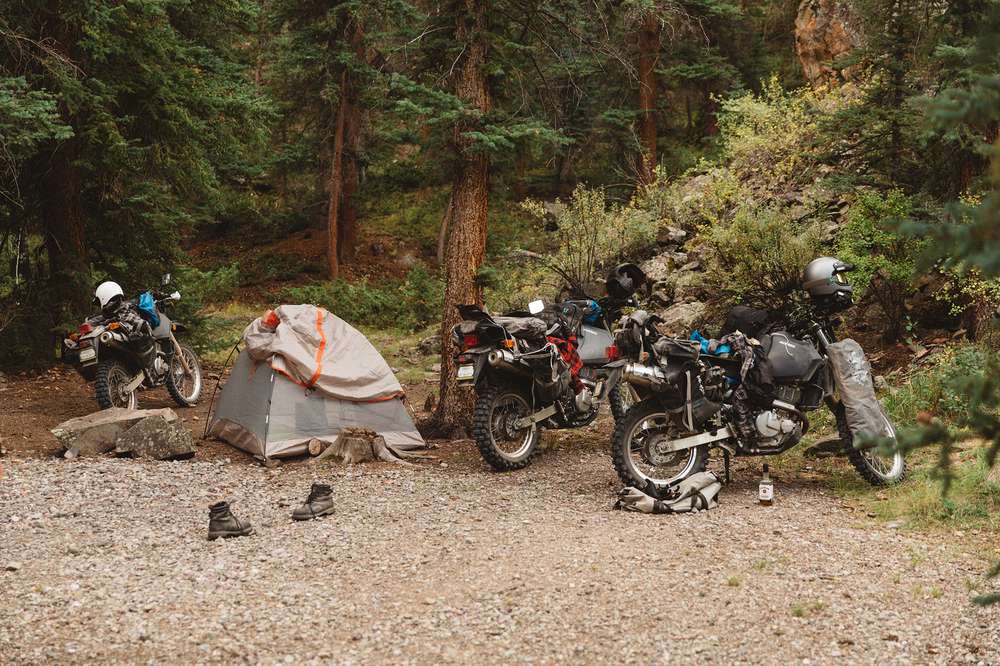 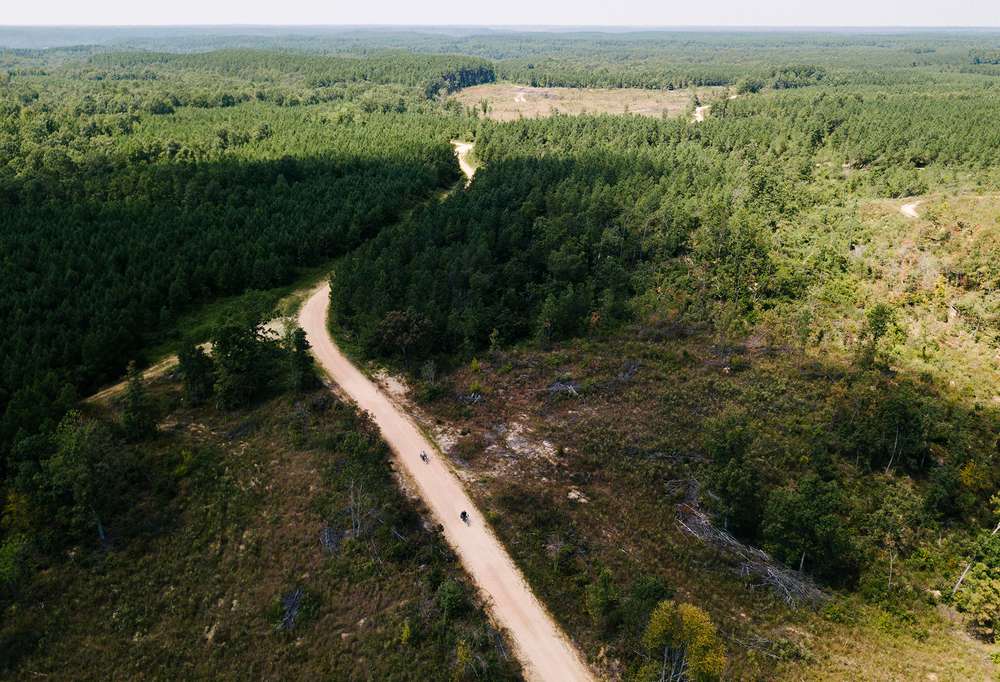 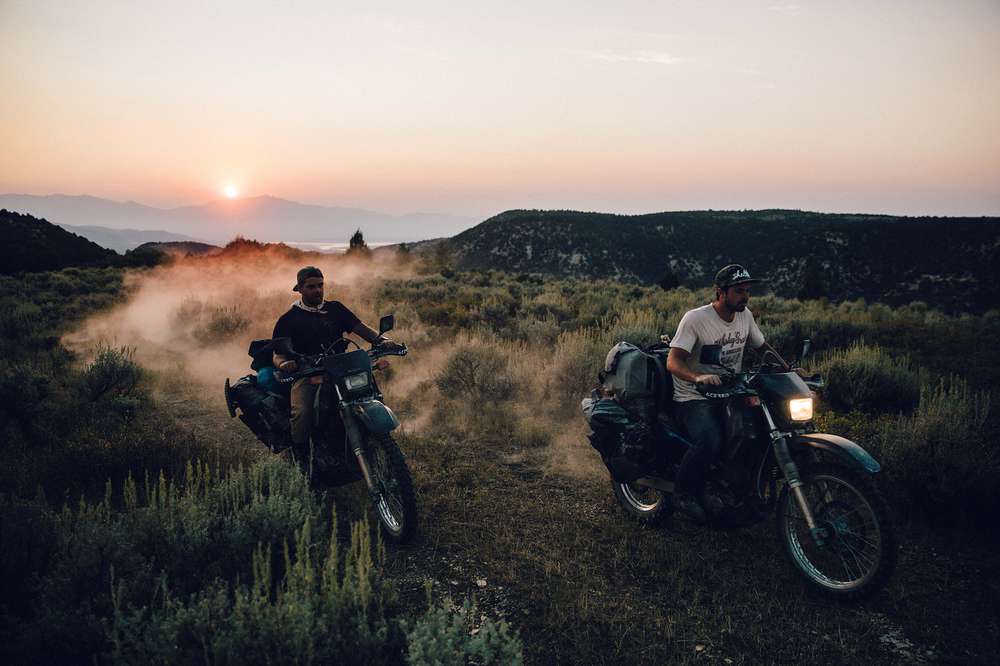 We set out as four friends looking for an adventure and a break from our day-to-day routines. When we started, we all shared a love for two wheels and a desire to experience as much of what life — and America — had to offer. We left the West Coast looking to get into as much as we could in one short month. America is far from an undiscovered land, but we knew from our experience growing up around the Portland that there was gold to be discovered off the beaten path.

“Our saving grace always turned out to be the bikes themselves.”

Our route was to be the famed Trans-America Trail (well, famed if you’ve happened to frequent online dual-sport motorcycle forums), an inter-connected series of dirt roads and trails that zigzag their way from Andrews, North Carolina, to Port Orford, Oregon. It takes you from the deep South to the deserts of Moab, over the Rockies, and into the forests of our home, the Pacific Northwest. 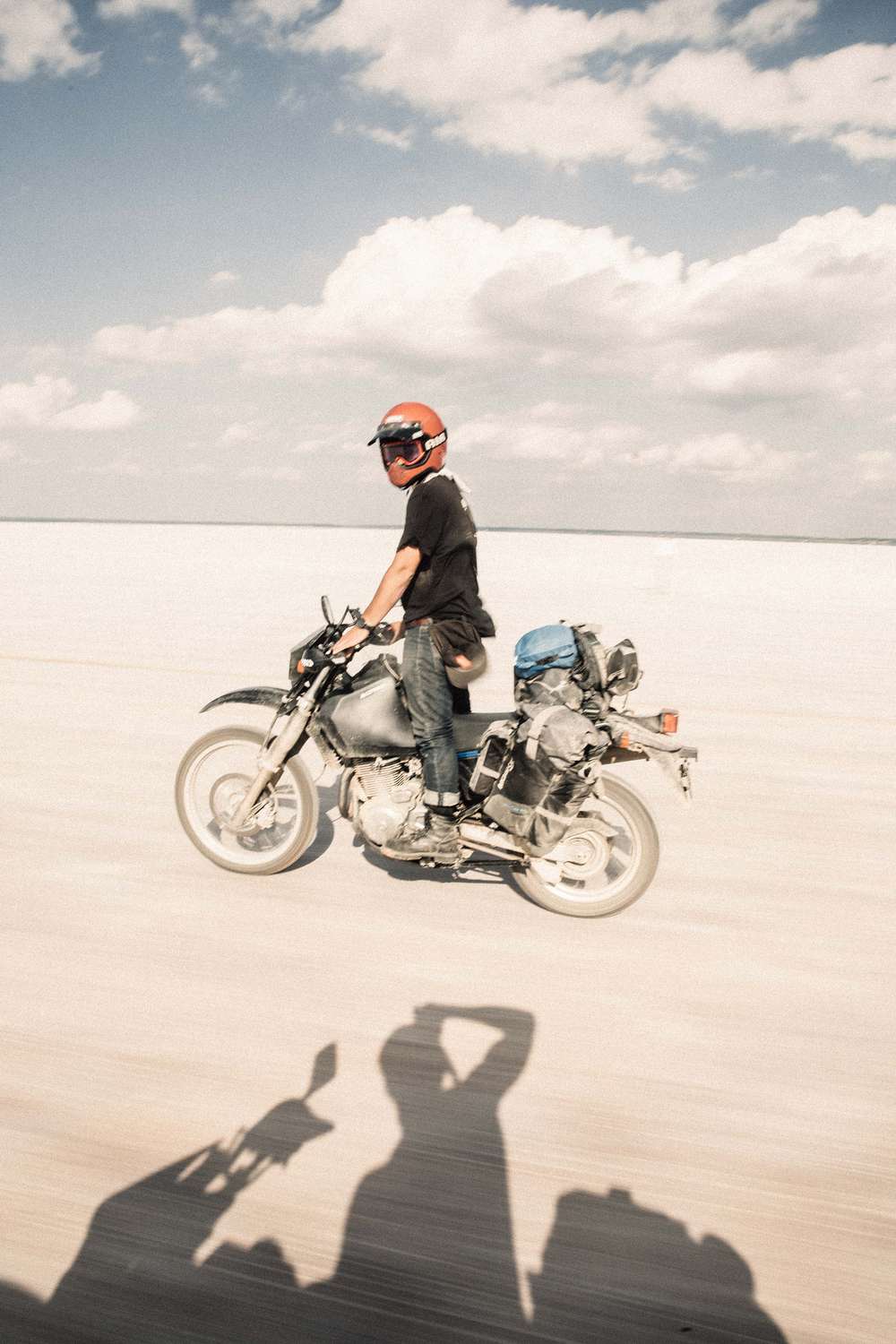 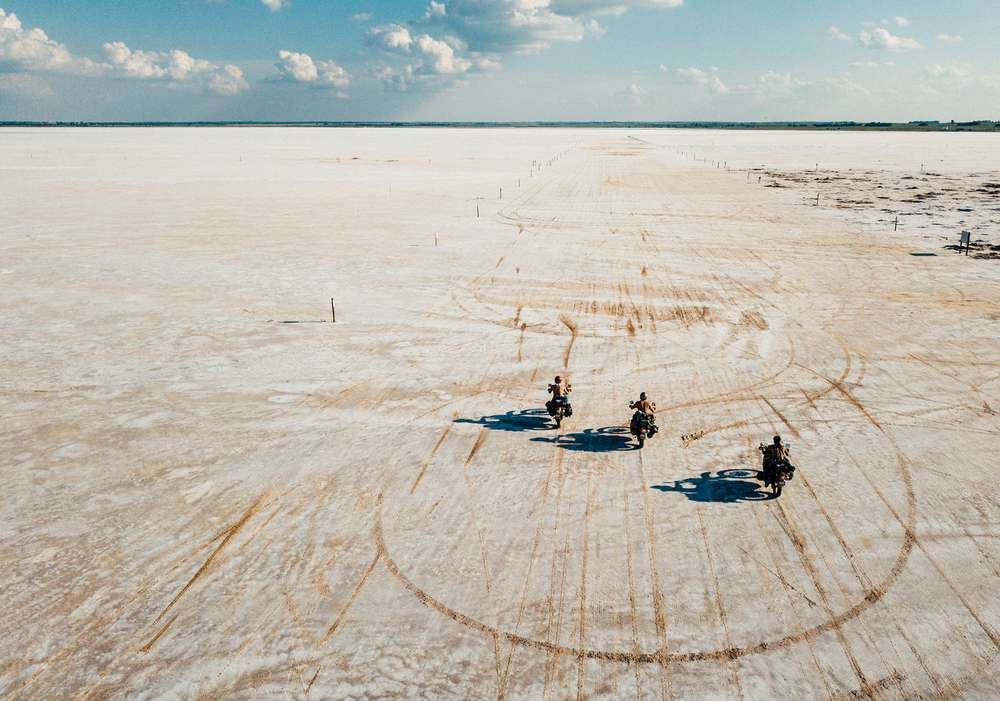 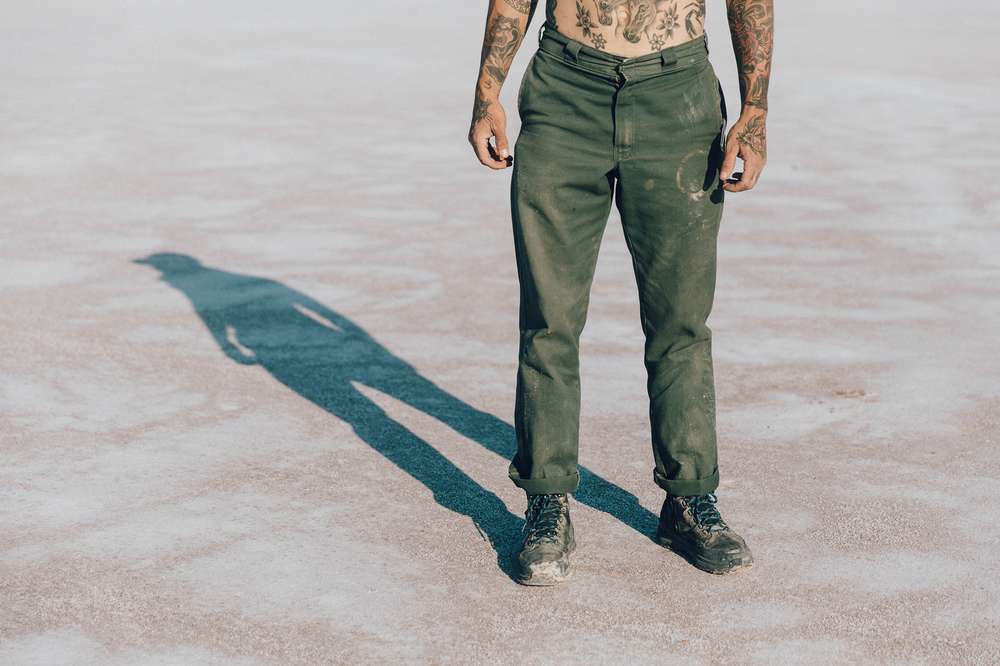 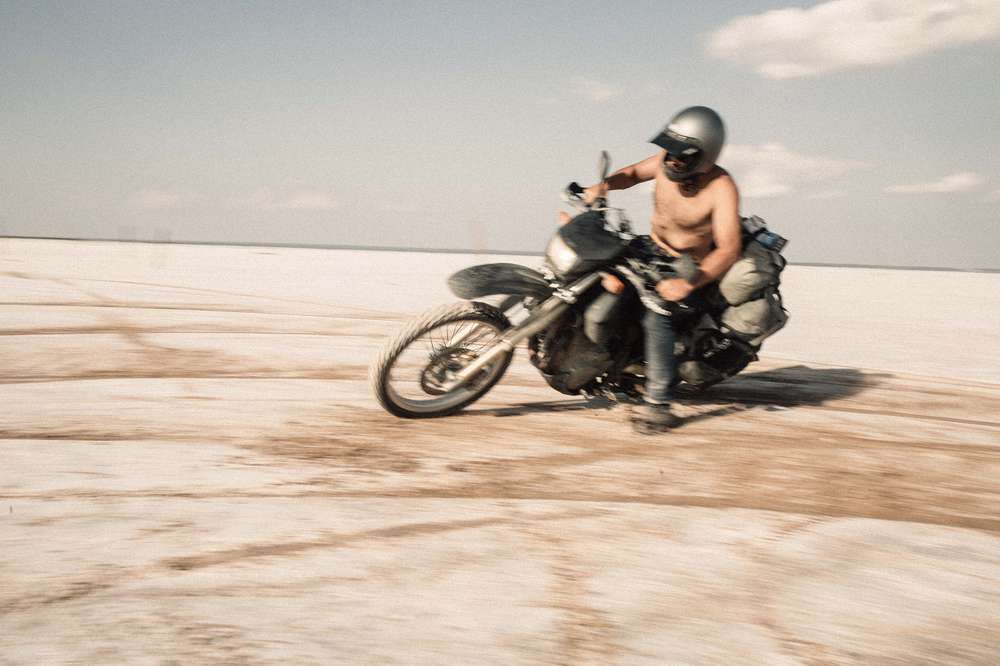 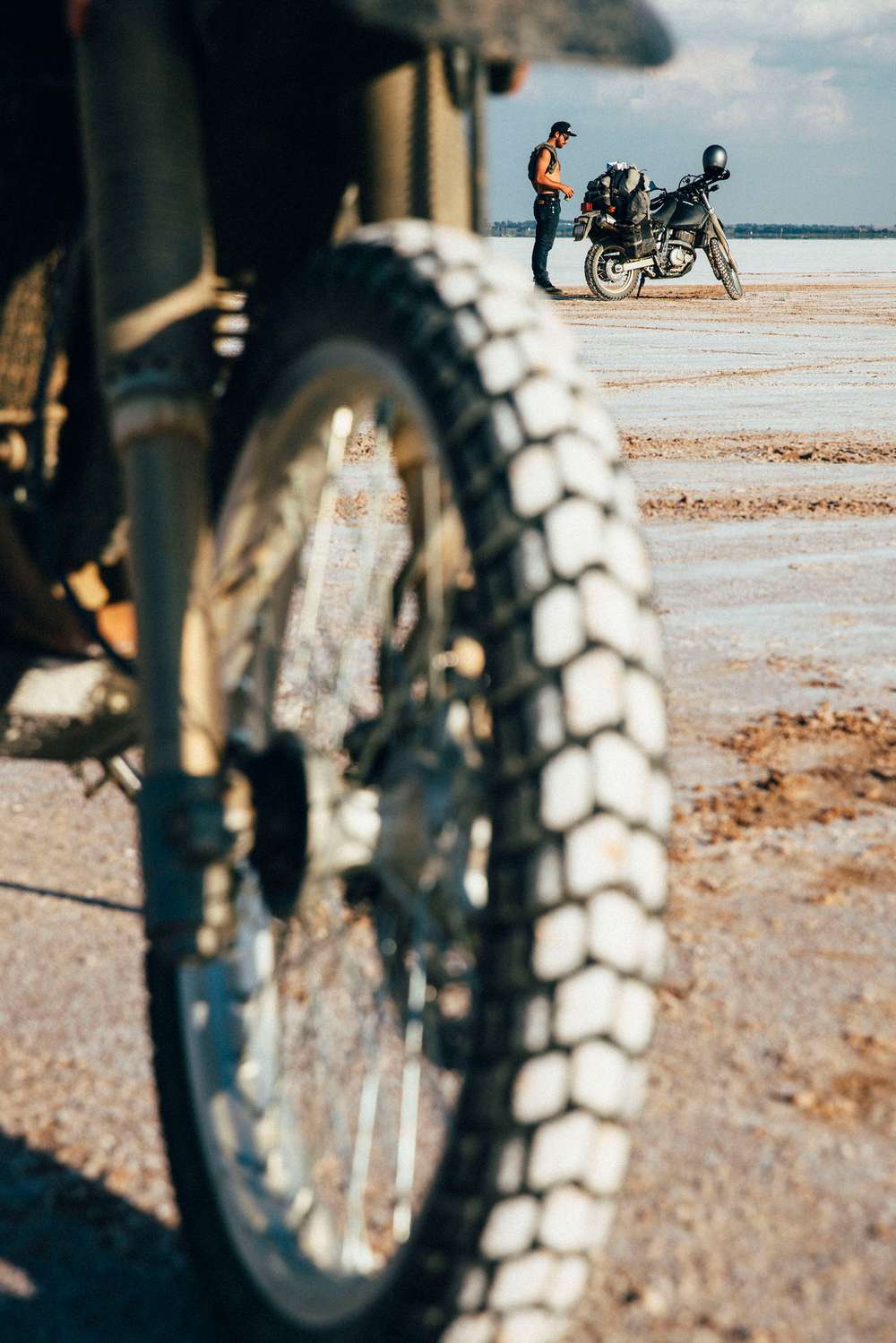 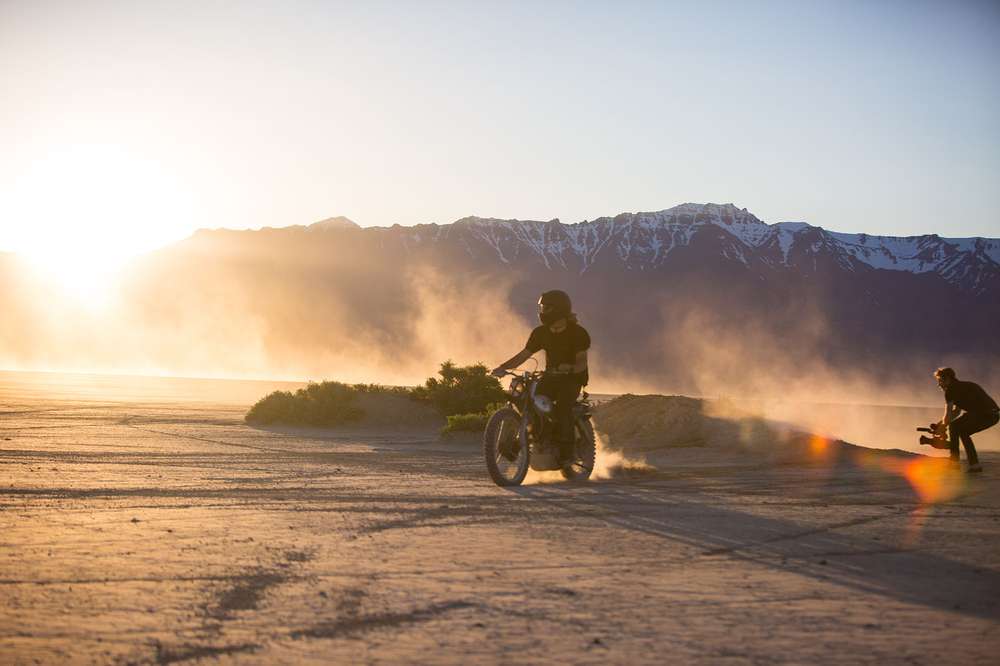 The difficulty of the trail varies, and Mother Nature always finds a way to throw a curveball your way, but the seemingly endless beauty of this great land never disappoints. When we left Andrews, the excitement was palpable in our voices and eyes, but we truly had no idea what we were getting ourselves into. It’s impossible to really prepare yourself for that much time on a motorcycle, in the outdoors, in the company of just a few select humans. Our saving grace always turned out to be the bikes themselves. The solace and freedom they provide consistently gave us respite from the grind of your typical road trip.

“The disconnect between a satellite view and actually experiencing the terrain become more apparent as each day passed.”

The trail itself was just the route. An interconnected series of waypoints from one city, country, and state to another. The journey and experience turned out to be another thing entirely, taking us to empty campsites, forgotten hot springs, and unexpected viewpoints. Our navigation gave us a general sense of what each day might hold, but the disconnect between a satellite view and actually experiencing the terrain became more apparent as each day passed. Unexpected beauty seemed to be around each corner, and we found rewarding moments in areas we’d initially overlooked, from Oklahoma, to Utah, to Idaho. 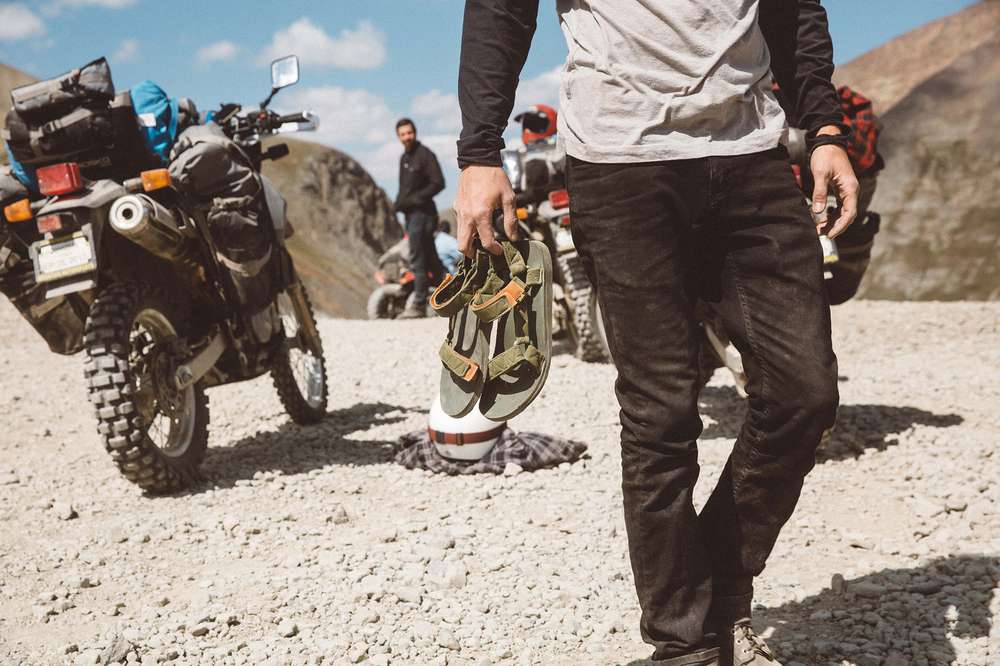 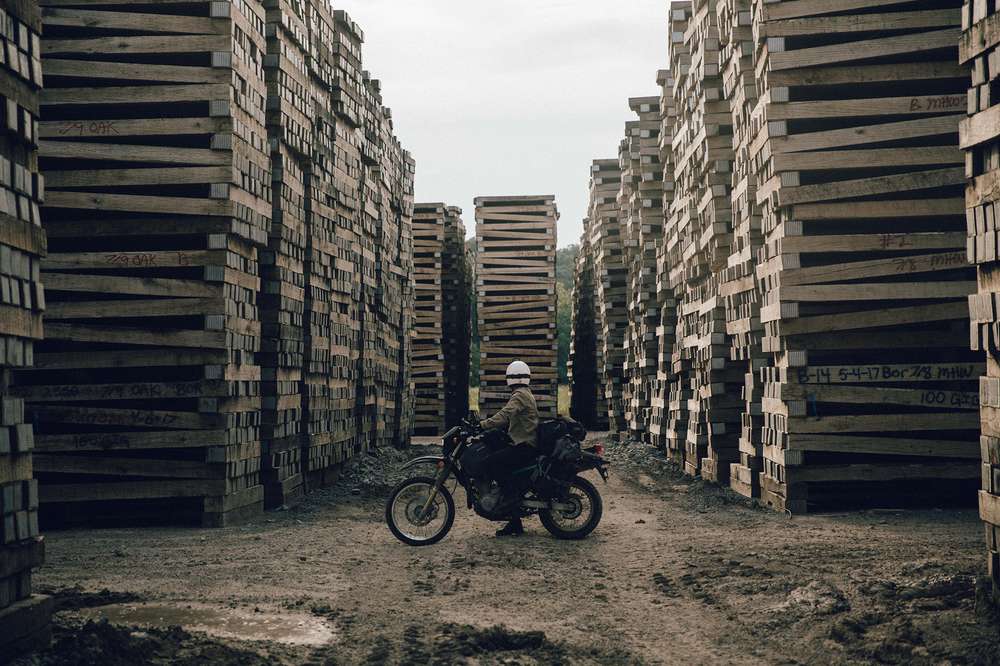 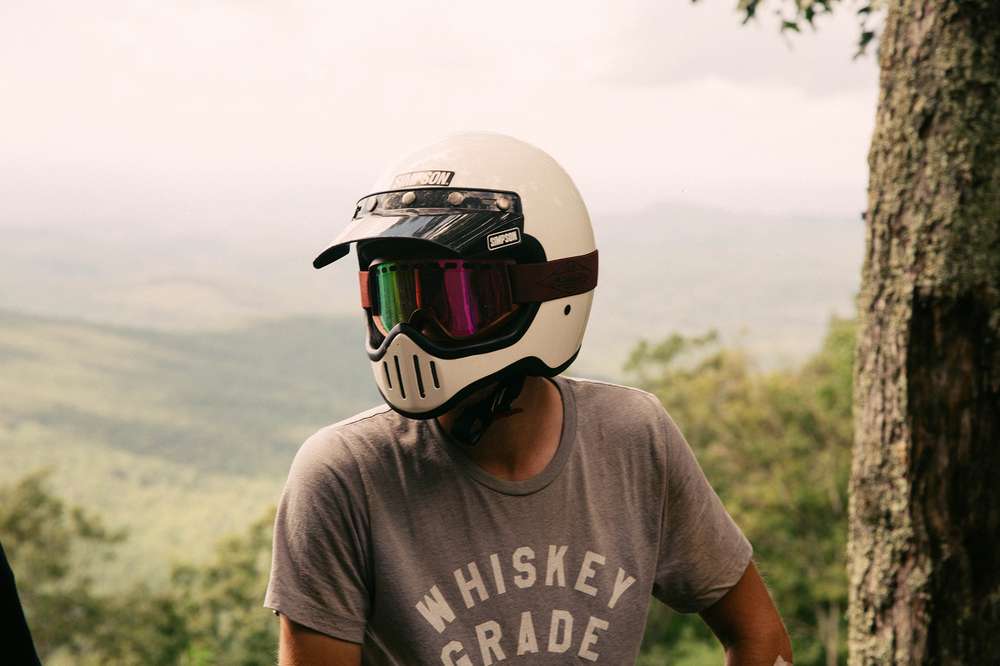 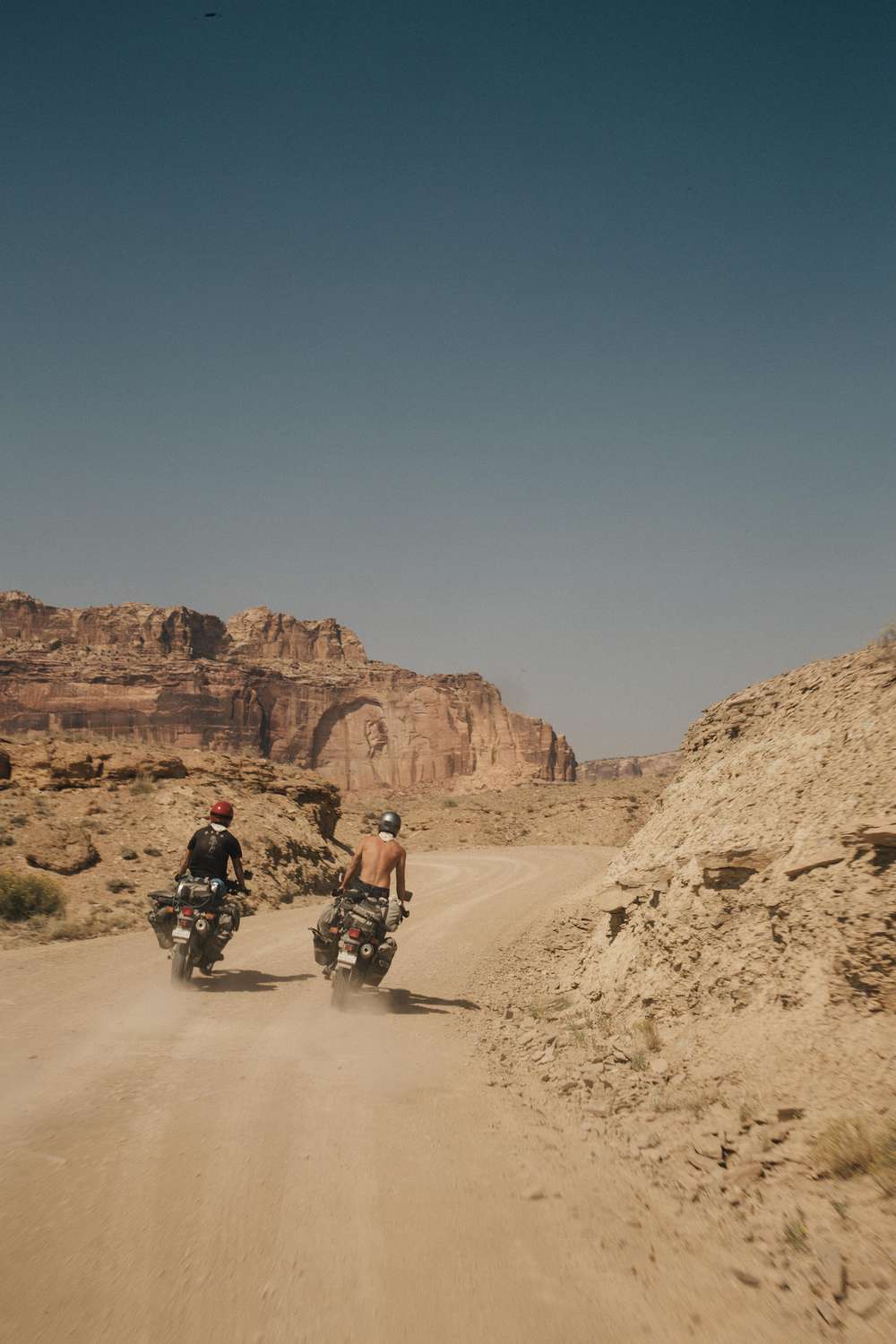 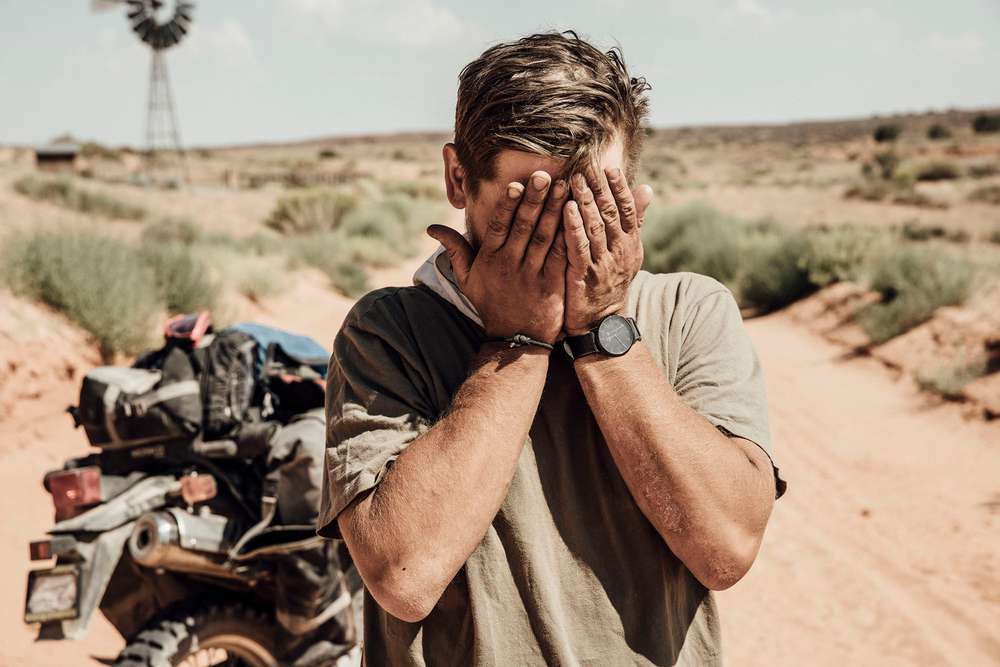 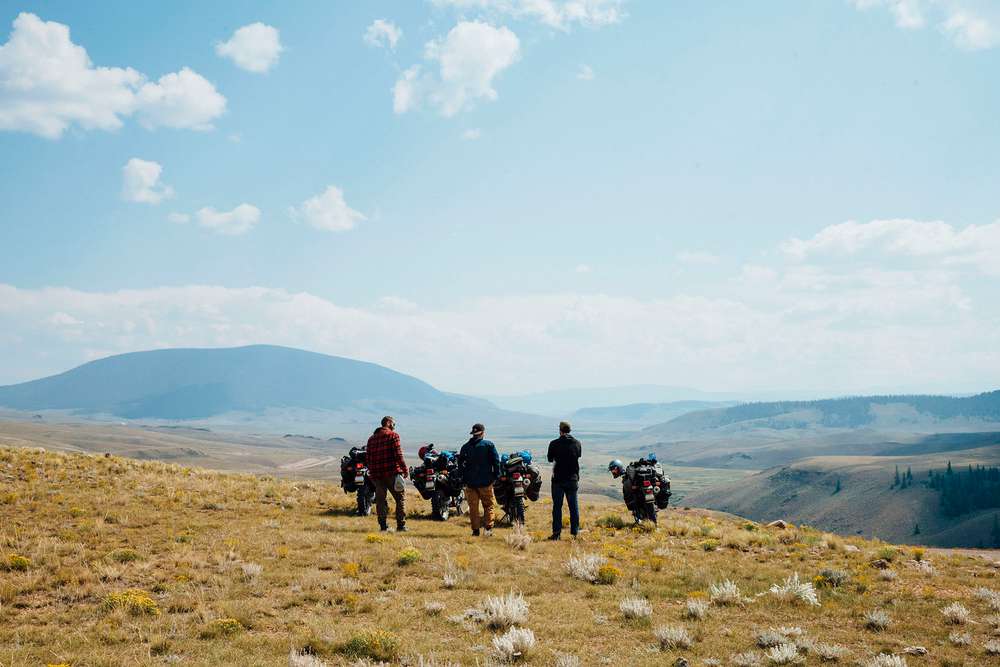 As the miles ticked by, the bugs, heat, and rashes of the Southeast transitioned to the mountains of Colorado and eventually the canyons and deserts of Utah. Hills rose from the desert and became crisscrossed with picturesque mountain streams. The trail became steeper, sagebrush slowly got taken over by Juniper and Lodgepole Pines but our routine remained the same. Wake up, coffee, pack. Warm up the bikes, ride, lunch and ride some more. As the sun approached the horizon we’d start to look for a home for the night, which became much easier the further west we rode. Inevitably we would stumble across a hidden gem, unpack, and sleep under the stars. 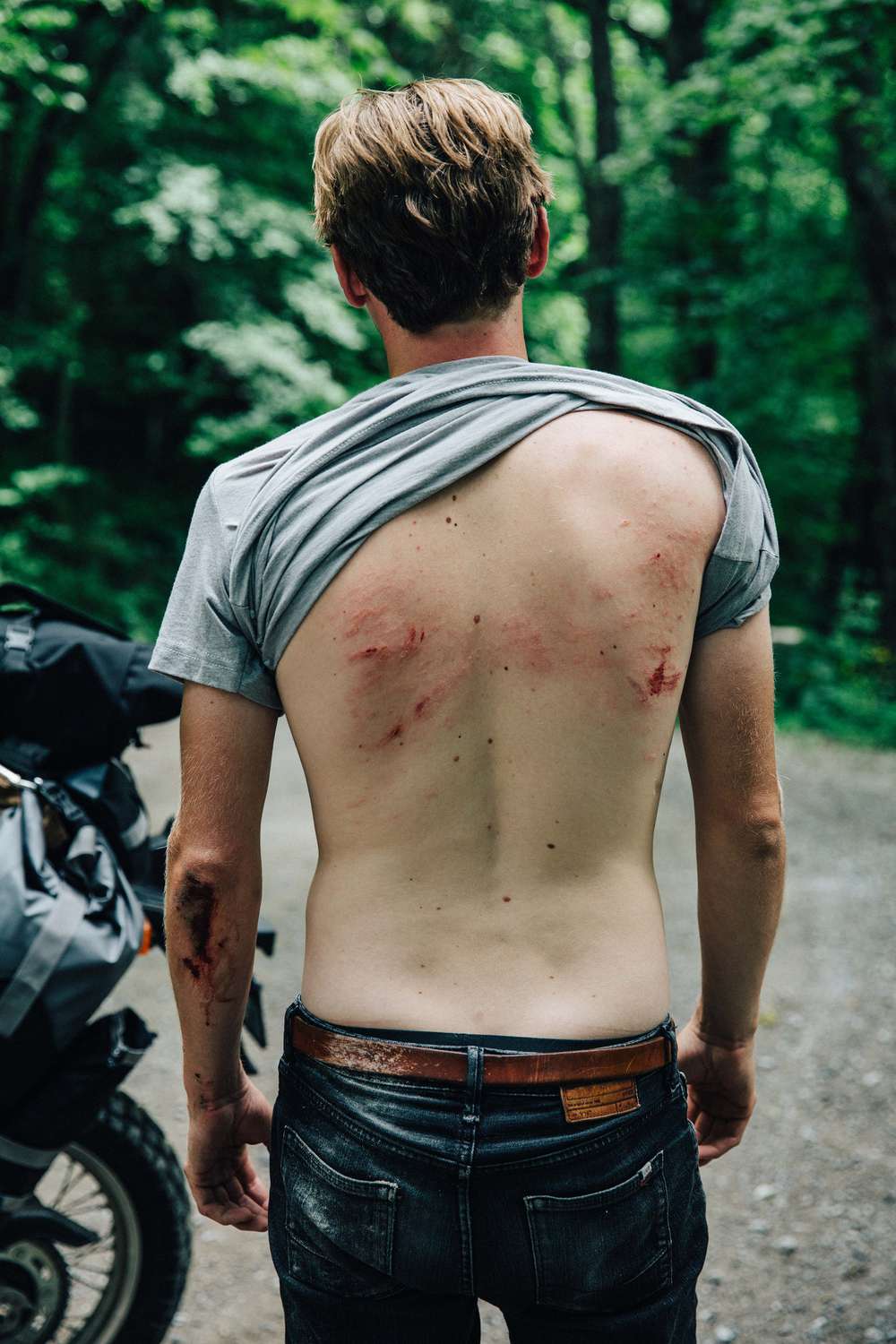 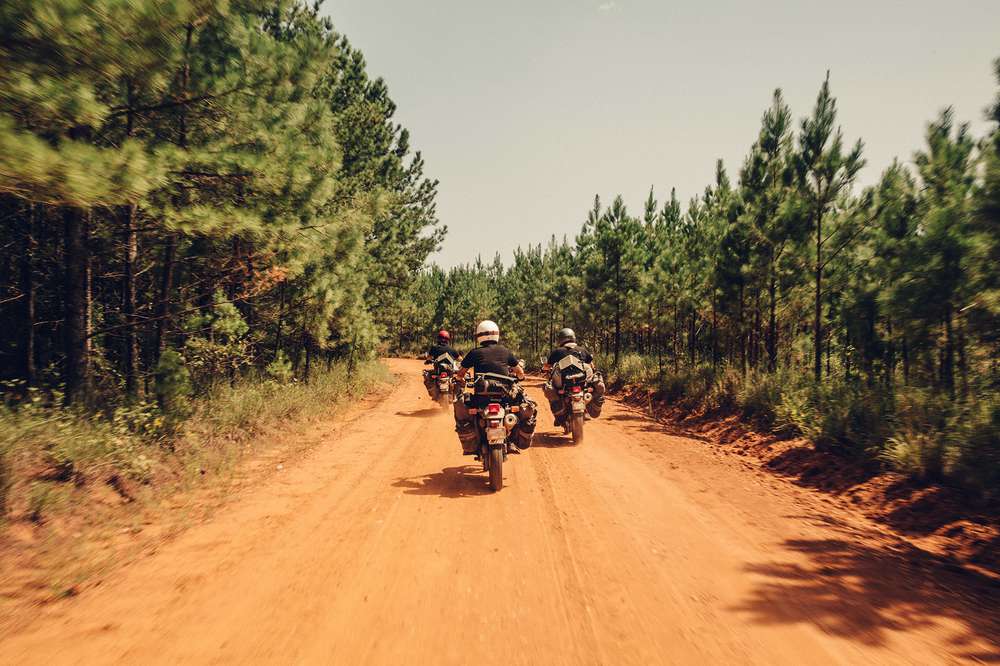 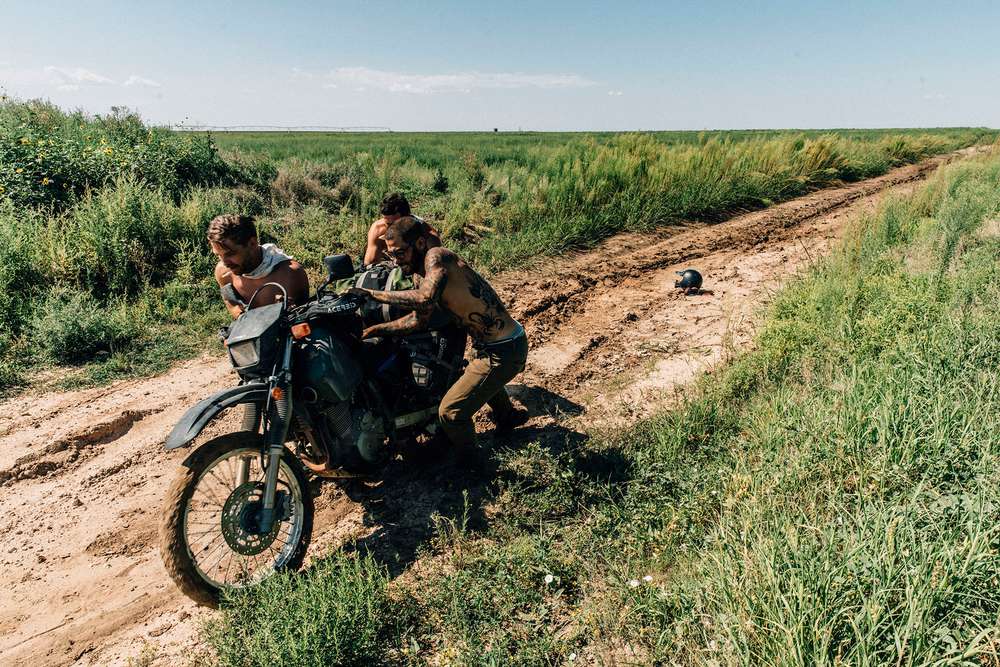 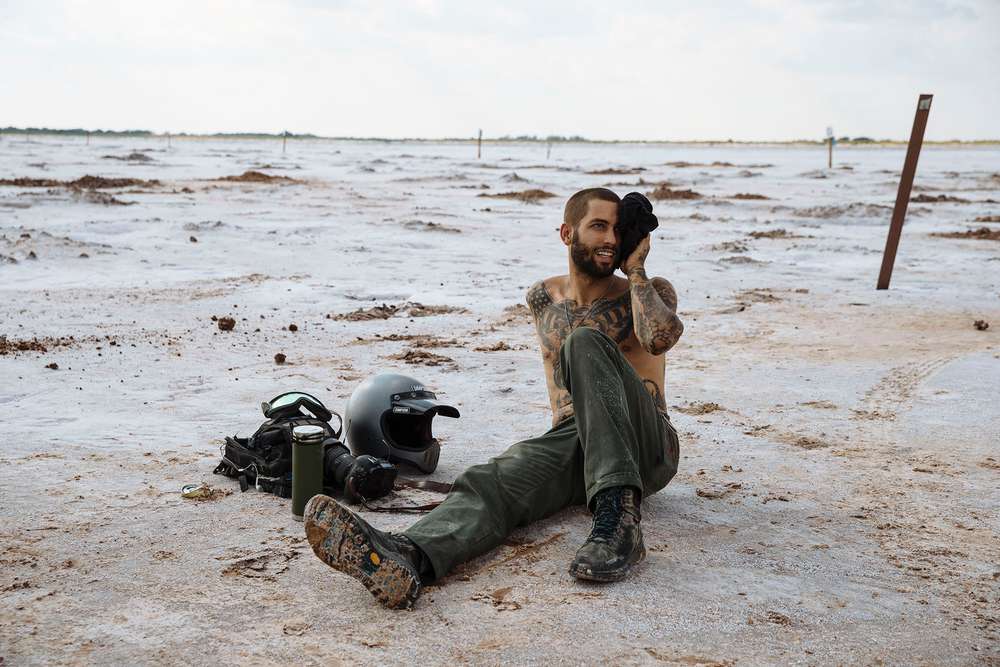 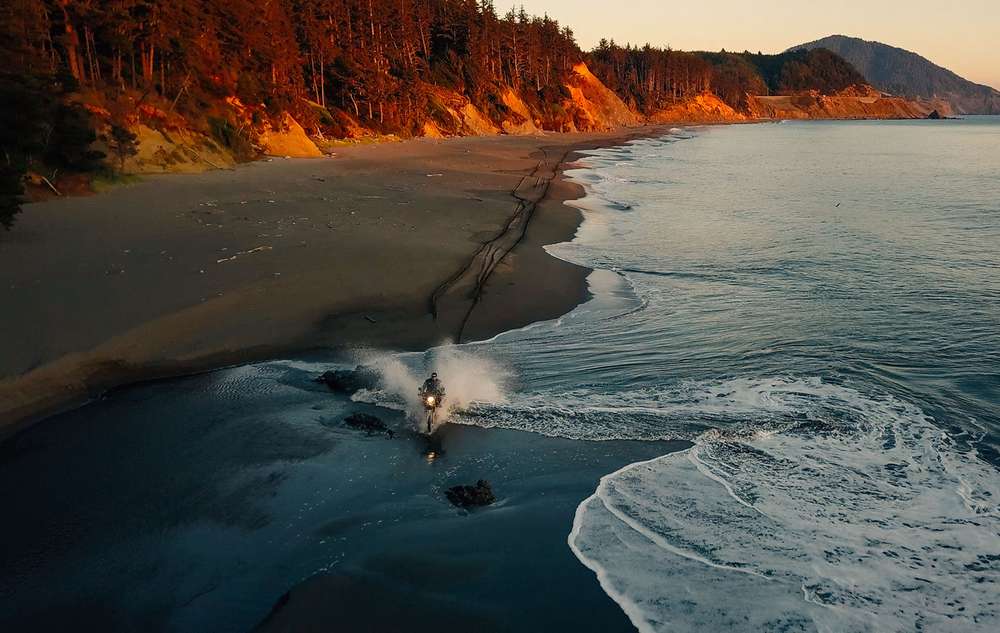 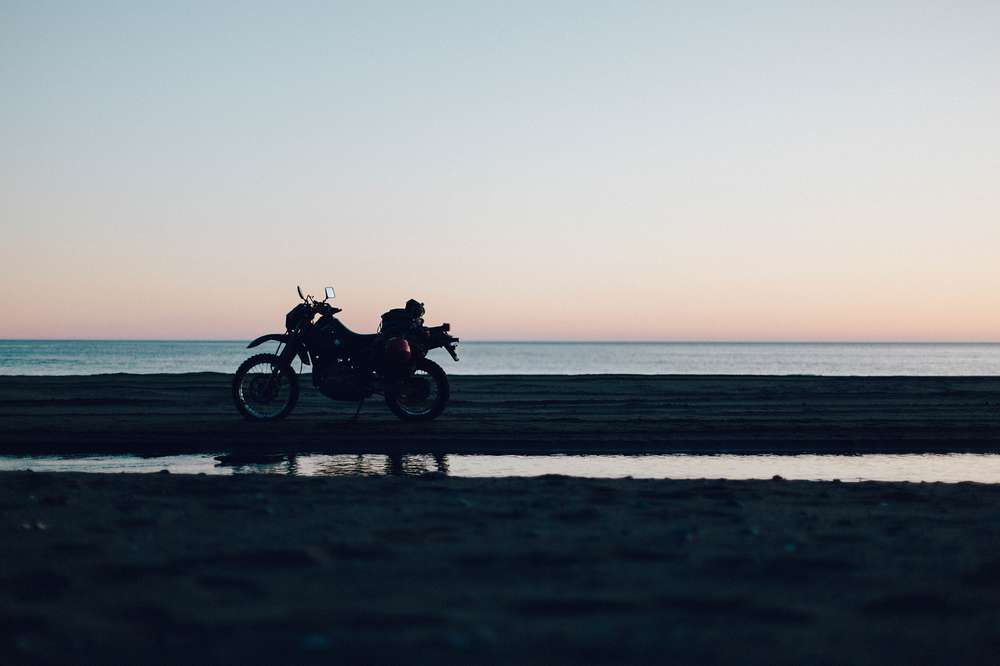 After we crossed the Snake River into Oregon, the signs that we were getting closer to home became more and more apparent. Seemingly endless fields of yellow became dotted with sparse pines. The lakes became deeper and adopted a familiar deep blue hue. The wildfires that had littered our news feeds began to fill up our eyes and lungs, with smoke wistfully coming and going at the will of the wind. To be honest, the homestretch was a bit surreal. We had spent some much time in unknown terrain that passing through areas we’d been before began to feel like an odd moment of deja-vu.

Slowly, the excitement of making it to our destination and a slight smell of the Pacific Ocean clouded our minds, eventually rinsing itself clean in the salty waters of the ocean. Looking back at five weeks on the road, we wouldn’t have it any other way.