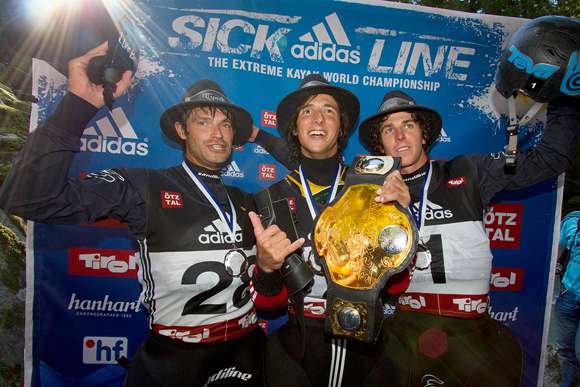 24-year old Sam Sutton from Rotorua in New Zealand impressively demonstrated last week that for the third year in a row he is the fastest extreme paddler in the world. At the fifth anniversary of the adidas Sickline Extreme Kayak World Championship in Tirol’s Ötztal Valley, Sutton defended his title once again with a winning time of 56.92 seconds, which was not as fast as the course record he had set in 2011 (55.84), but fast enough to win the gold medal ahead of Dejan Kralj from Slovenia (57.81) and New Zealand’s Mike Dawson (58.38).

150 of the world’s best whitewater, slalom and freestyle paddlers from no less than 30 different countries met in the picturesque town of Oetz to compete for world championship honours on the legendary Wellerbrücke rapids, a section of the glacier-fed Ötztaler Ache River that is considered to be one of the most difficult whitewater sections on the planet. 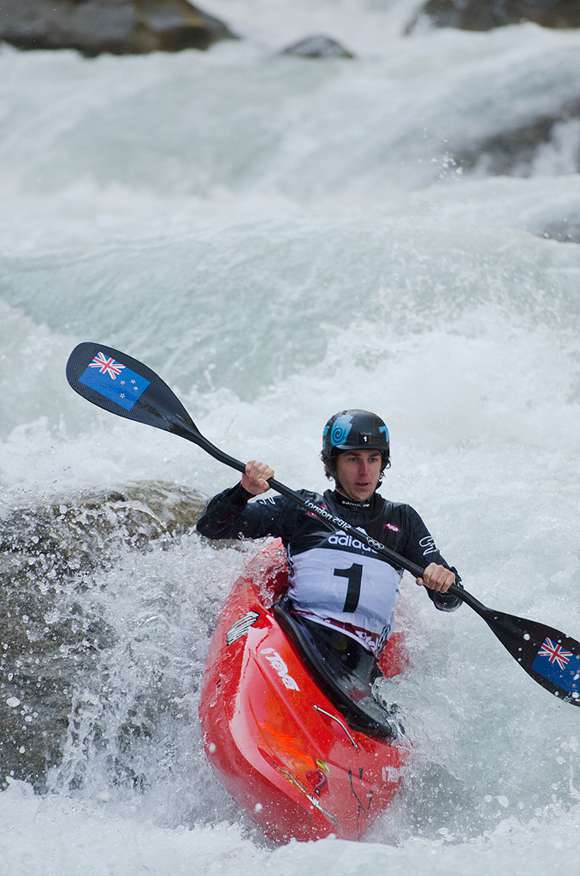 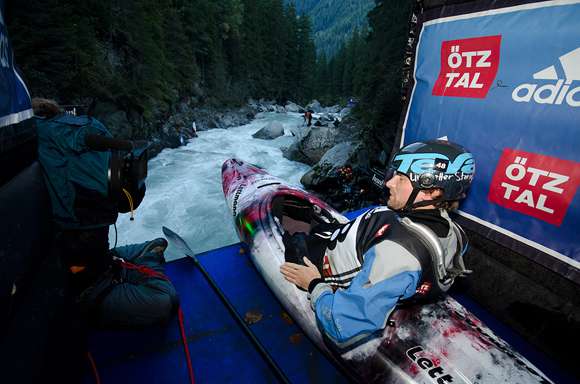 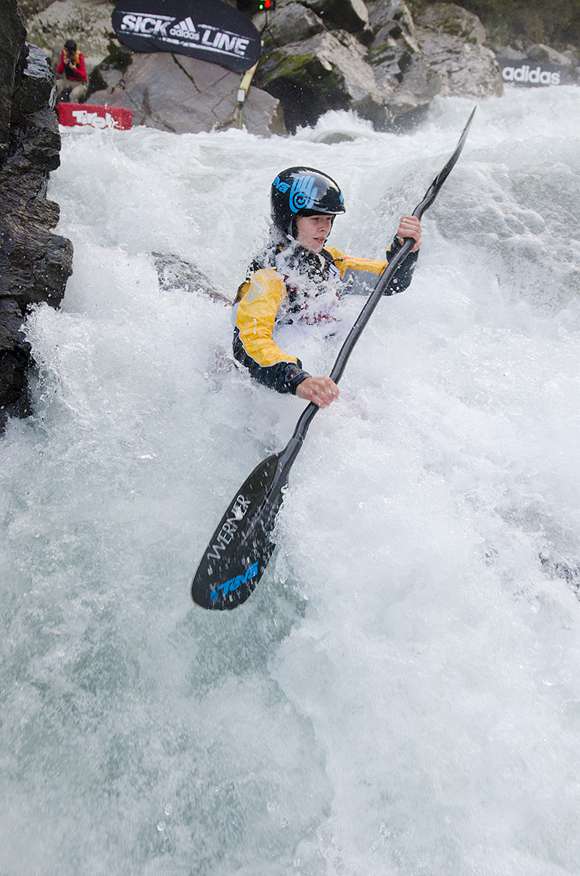 The Wellerbrücke rapids are solid class 5 whitewater, both technically difficult and dangerous, so there are consequences to mistakes. Compared to the previous year, the course had changed over the winter flood period, bringing out a new hole above the infamous Champions Killer (the final drop of the 280-metre long racecourse), which was fondly named Champions Killer Minus 1 by the extreme kayakers, many of whom were struggling with it during practice. However, most of the top paddlers enjoyed the fact that the difficulty of the course had increased.

Kiwi Mike Dawson managed to clock fastest time on the Wellerbrücke rapids this year, but he had his personal record run (56.67) in the head-to-head semifinal heats, while Sam Sutton nailed the second-fastest time today in his final run.

“This year has been probably the most difficult victory for me. I just wasn’t feeling great and there’s probably the highest level of competition we’ve ever had here”, Sam Sutton says. “It’s a slalom Olympic year so everybody is extremely fast and it is probably the strongest field here, so it was quite hard. I came in relatively confident but I still had quite a lot of uncertainty and I was definitely worried, I could just picture myself becoming second, because I’ve been second the whole way through the race this weekend. This year I’ve seemed to rank up a lot of second places so I was quite nervous about it, specially since my semifinal run wasn’t the greatest, I made some mistakes and was second again. Even at the start I normally have quite a warm feeling that I’m going to win before I hit the seal launch. At that time as soon as I started rolling down the seal launch today I was like ‚Oh, I’ve got a weird feeling’, but I managed to pull through and I tried to knock that out of my head and I just tried to stay on line really. And I managed to pull through a pretty good run. There is always room for improvement, but I’m pretty happy.” 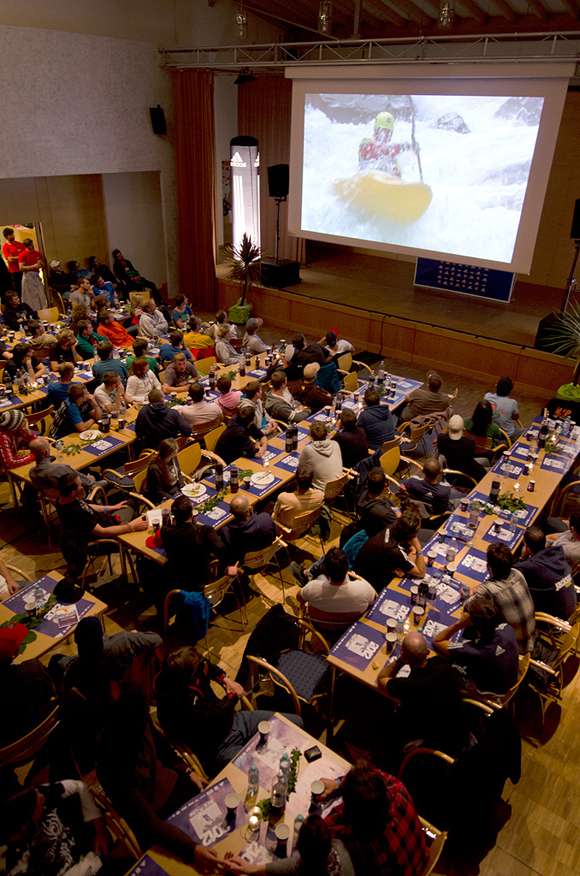 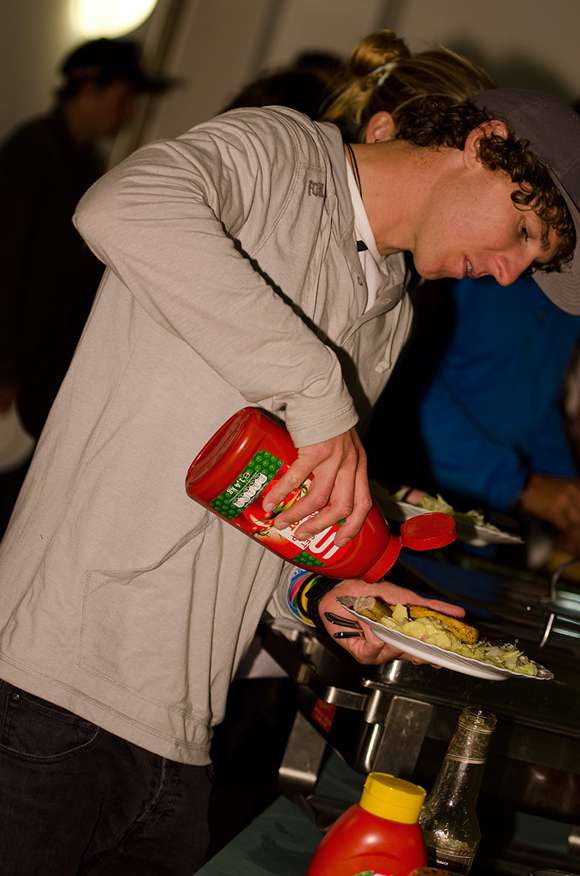 37-year old Slovenian paddler Dejan Kralj was really happy to finally win a medal at the Extreme Kayak World Championship after always having barely missed the podium in the past four years. “The difficulty is that all the good kayakers come here, both slalom, downriver and whitewater paddlers and the rapids are changing every year a little bit so it’s always something new to discover; if you want to go faster or at least that’s the idea – the river is great for paddling not only racing, but also to just have fun”, so Kralj. “Actually I feel the same as in past years, cause the event is really nice just like the water, the river, the people, the atmosphere – everything! Finally I’m on the podium and I’m very happy that I could make a really good run in the final, specially at the bottom of the course.” 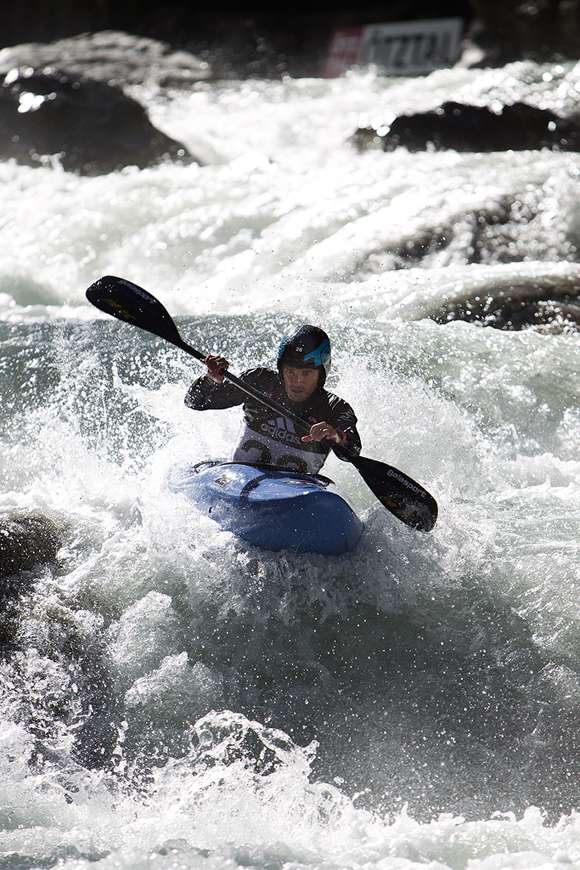 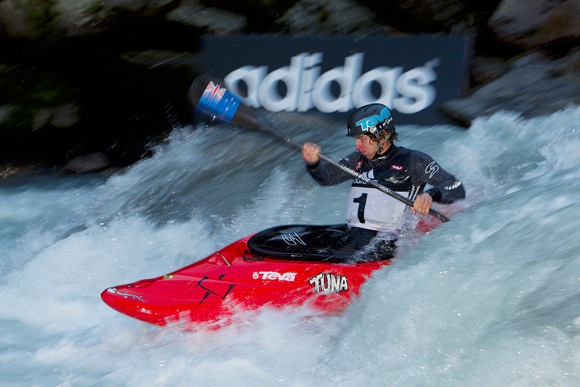 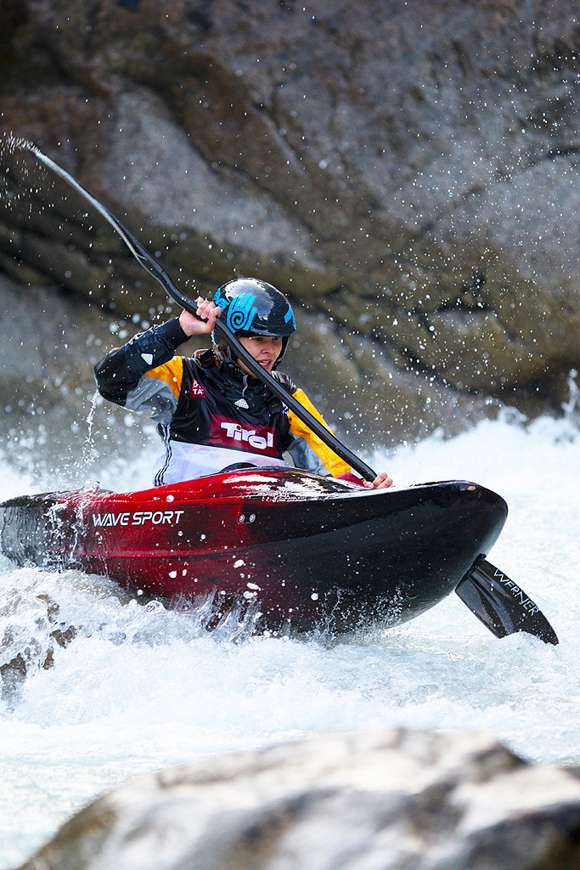 Olympian Mike Dawson could close off his successful season with his third adidas Sickline medal, after winning silver in 2009 and 2011 he claimed bronze this year. “I’ve actually given up winning this competition because Sam is always here and he’s always winning it, but to be honest I was quite happy with my runs today. I had good qualifying runs and I was on it; I just made one kind of mistake in my final run and maybe it could have been tighter between Sam and I, he’s very solid here and just picked up his third win. The adidas Sickline is pretty unique. It’s a lot different from a lot of other events, because it’s in central Europe and it’s easy for a lot of the slalom racers, extreme kayakers and river expedition paddlers to come together and have a chance to test and see how they fit against each other in a race situation. In terms of the layout, the head-to-head format in the qualifying makes it really hard to get to the final and once you make it to the final you’re sitting there against fifteen dudes that can kick your ass very, very easily.”