When I first moved to Los Angeles ten years ago, the only outdoorsy place I knew anything about was the beach. So, I took it upon myself to find more of them and spent many weekends alone that first year, driving around intentionally — and unintentionally — getting lost. It was the best way to discover my surroundings and I became extremely familiar with the hills, mountains, and trails around Los Angeles.

“When I moved to LA, the only outdoorsy place I knew anything about was the beach. I took it upon myself to find more.”

I quickly became a go-to expert for all things outside amongst my friends and I even found locals asking how they too could find these beautiful locations.  Many times they were surprised to find that many of my favorite spots were within a short distance from the city.  In their minds, these places were beyond reach and took a lot of time and money to get to.  For those of you who were like me when I first moved out here, or maybe you’re a Los Angeles local and have no idea cool places exist outside your city, this post is for you. 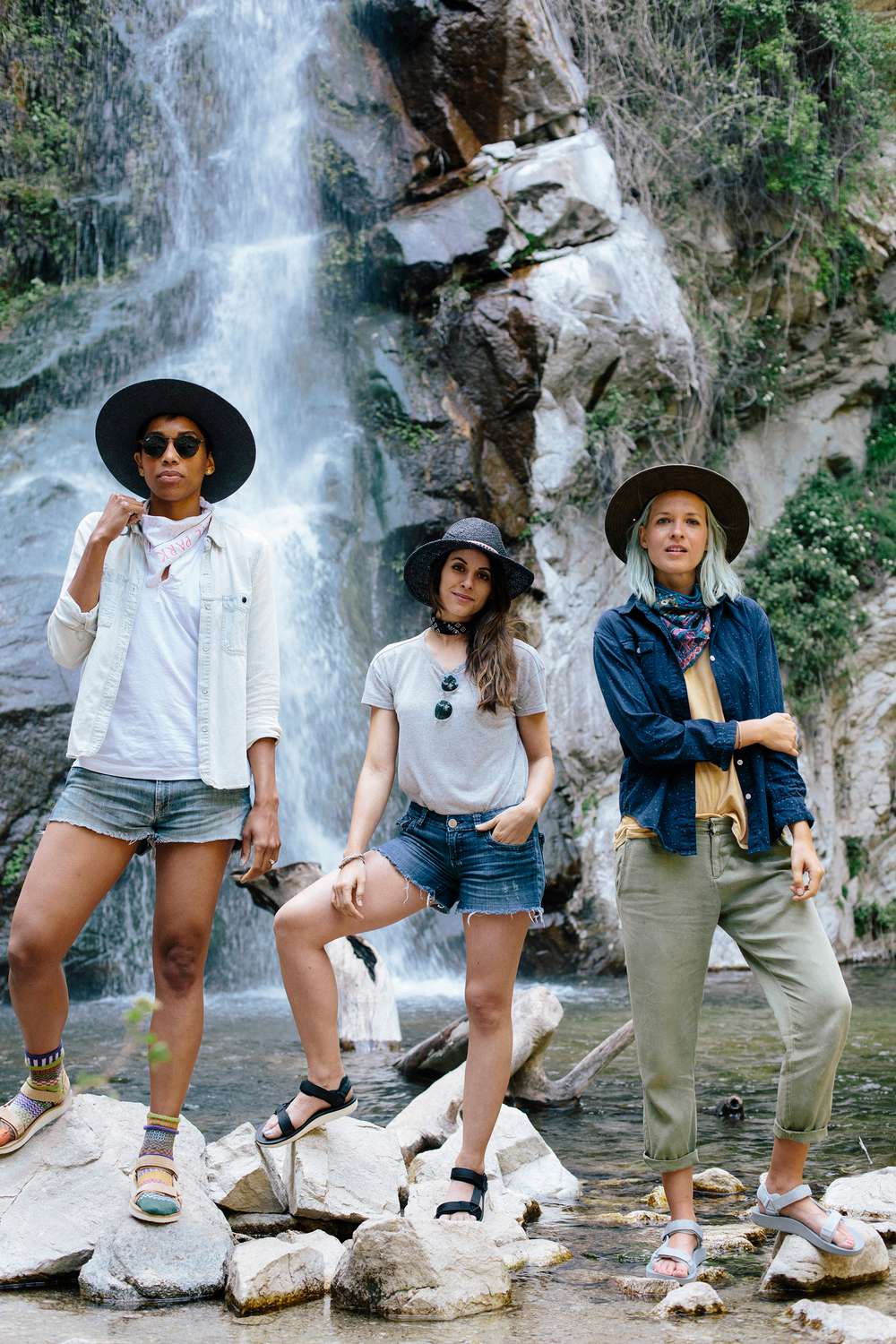 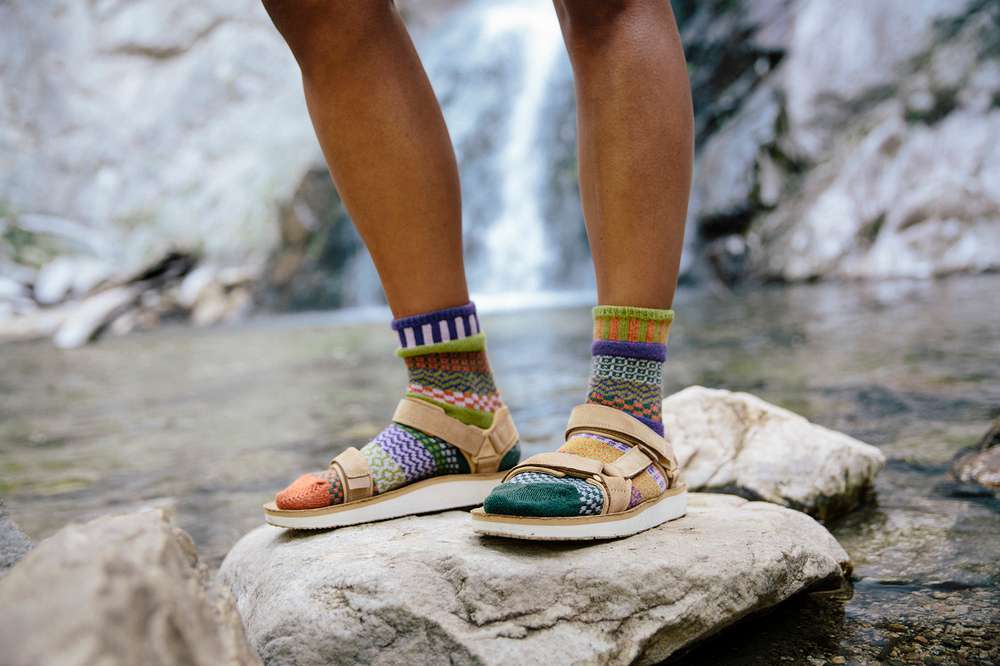 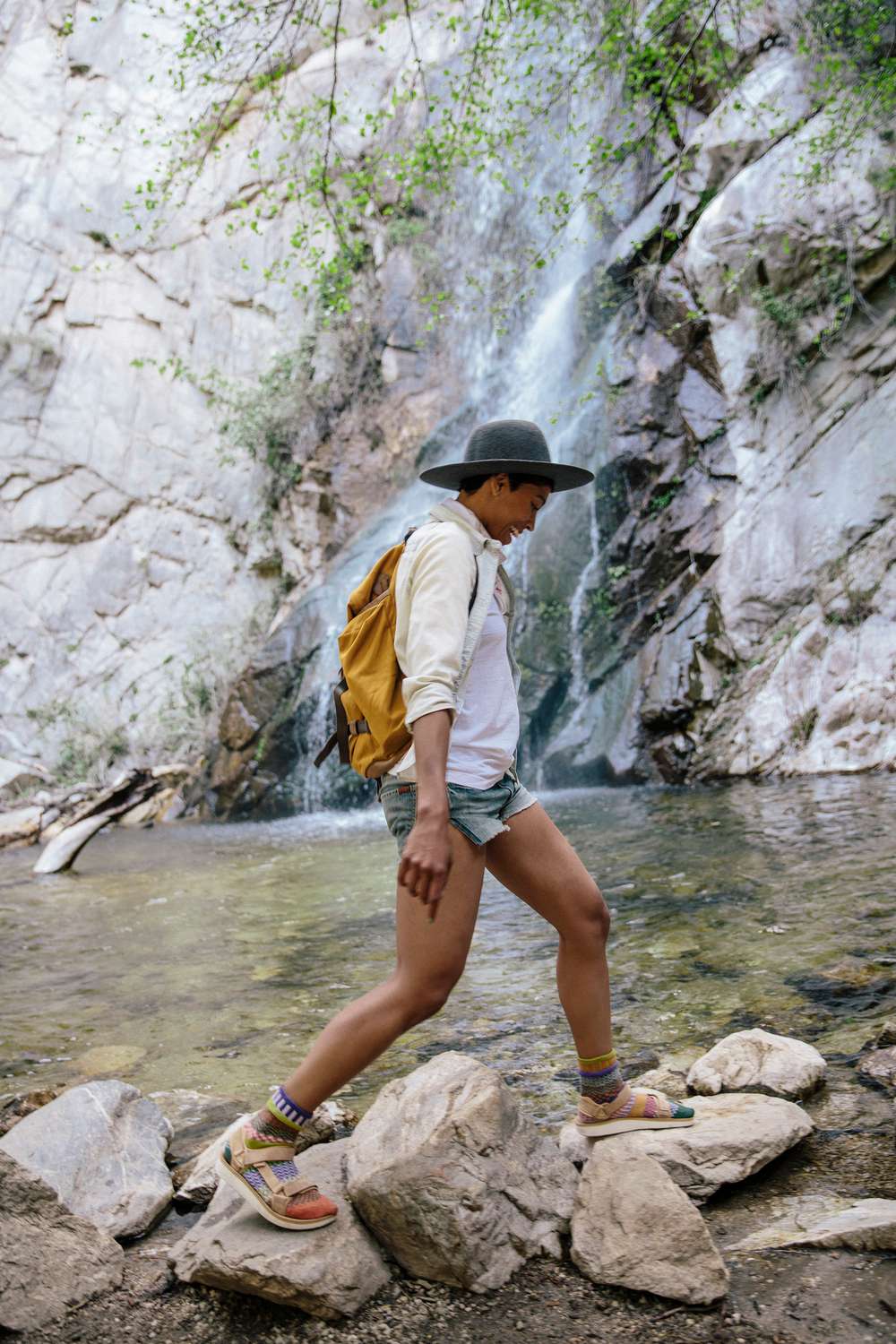 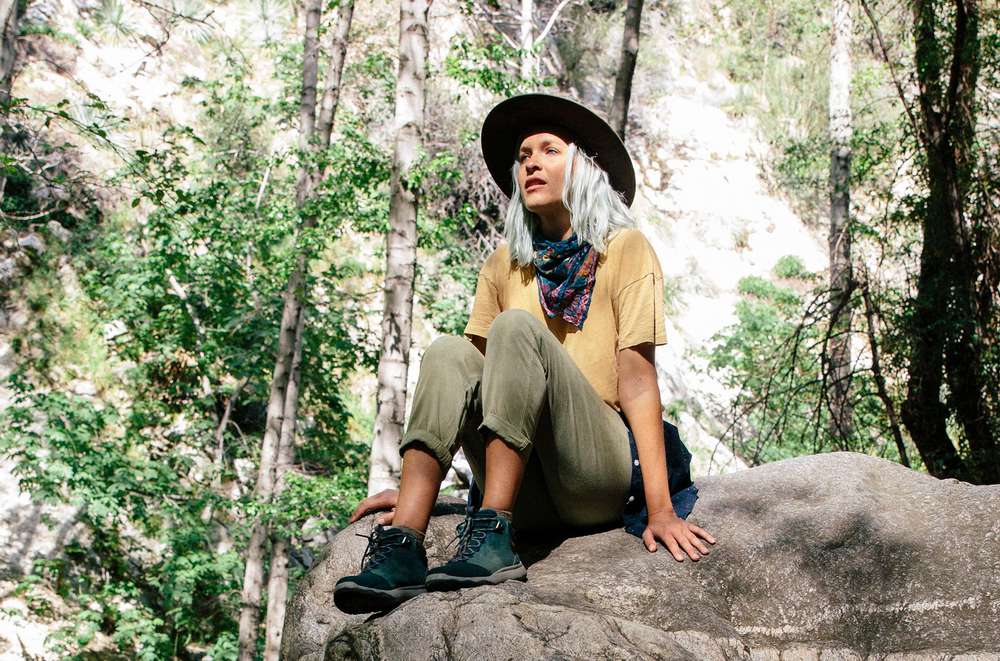 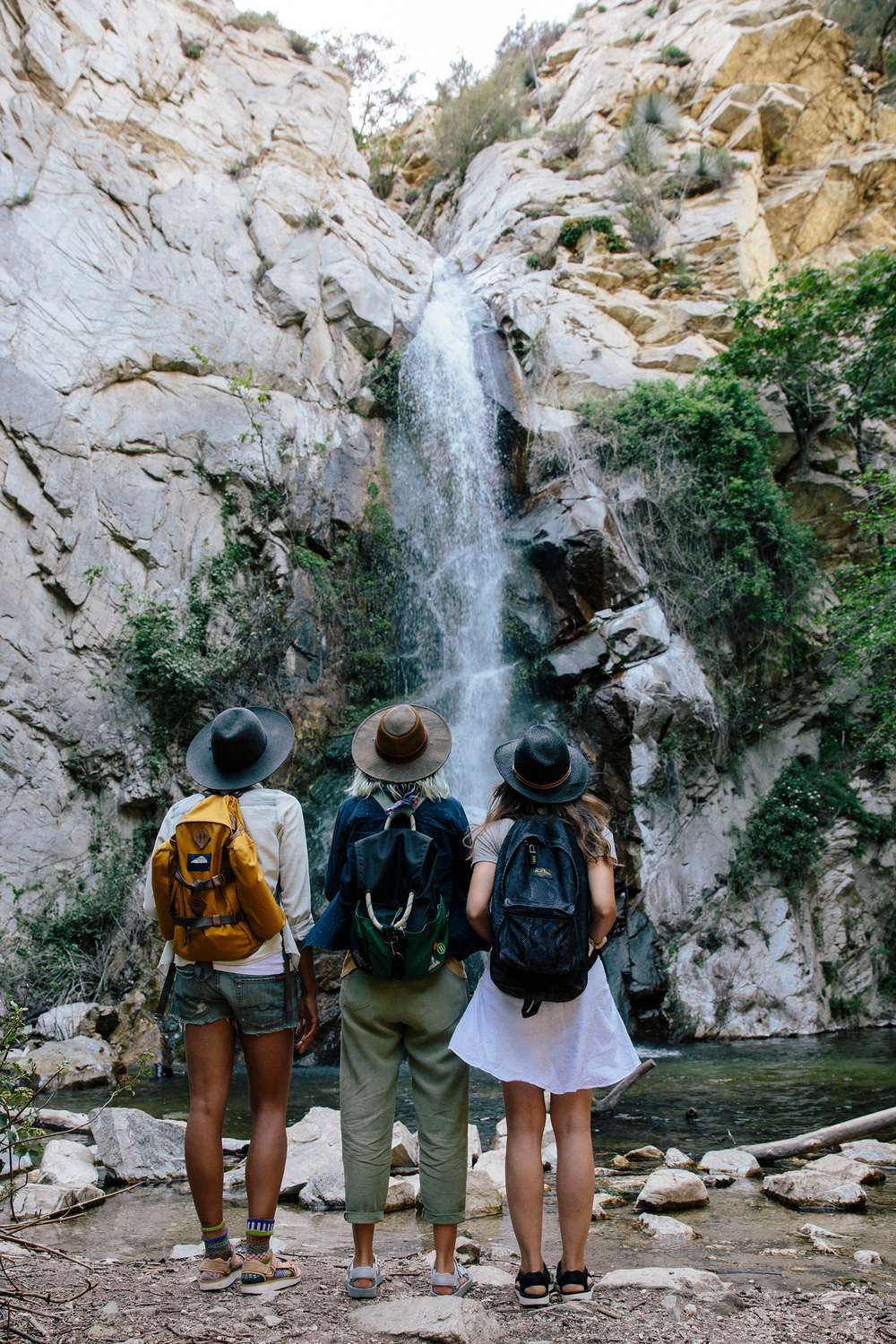 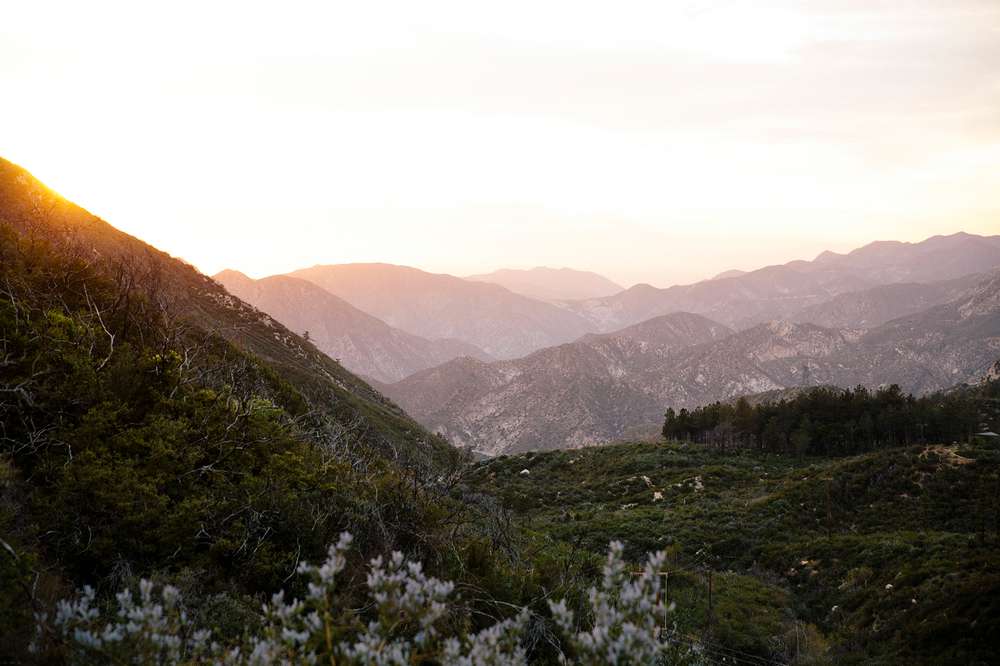 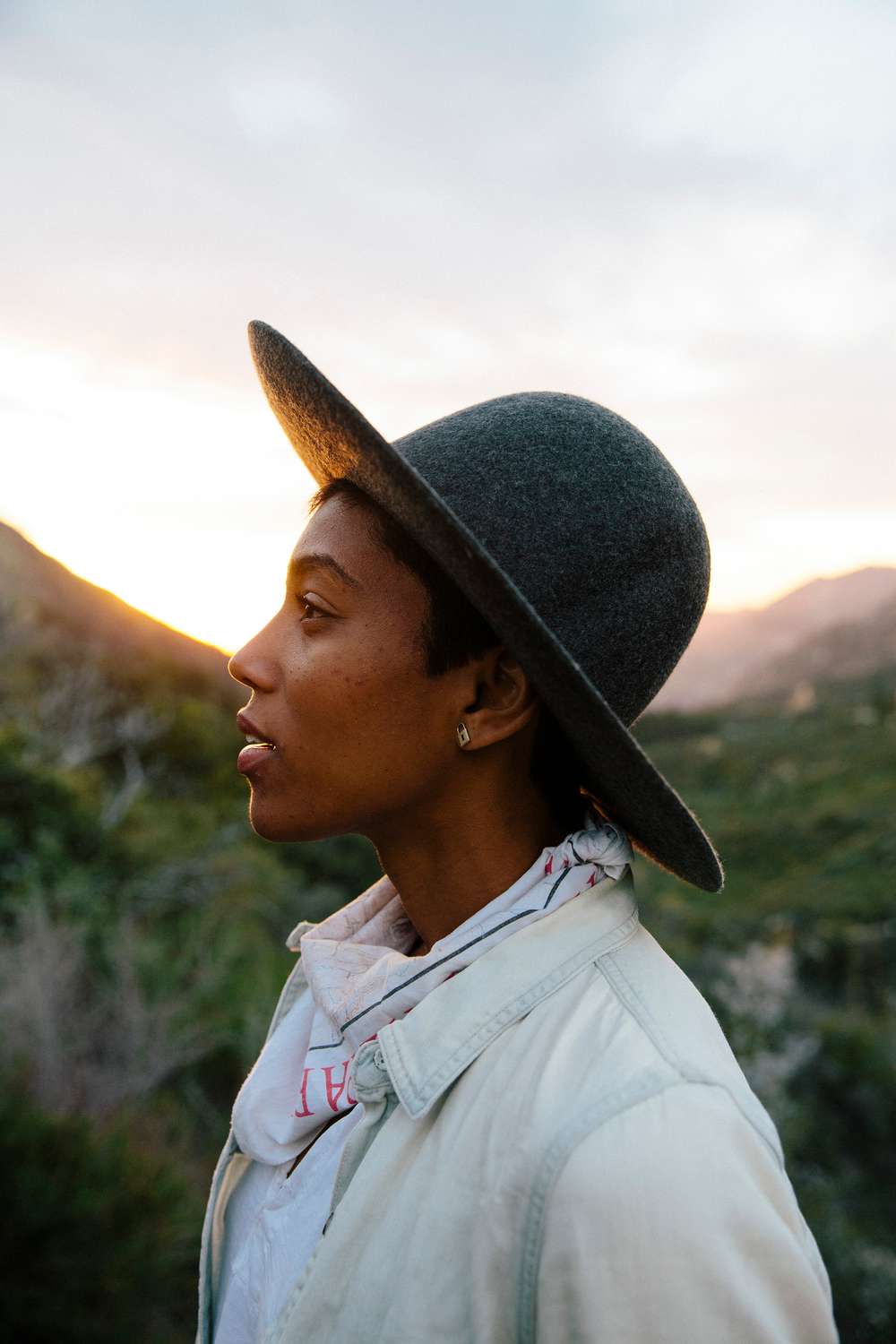 The Angeles National Forest covers a total of 700,176 acres and includes the San Gabriel Mountains and Sierra Pelona Mountains just north of the city. The easiest and closest access to the forest is by way of the Angeles Crest Highway (Highway 2). The forest offers 66 campgrounds, 697 trail miles, and a plethora of peaks to summit — 21 in the San Gabriel Mountains alone, including Mt. Baldy, which is the highest at 10,064 feet.  During the spring months, it’s the perfect place to explore waterfalls in areas like Sturtevant Falls.  Winter storms bring lots of rain after the long, dry summer months and these falls are spectacular.  Other falls to explore in the Angeles National Forest are Switzer Falls, Eaton Canyon Falls, Millard Canyon Falls, and San Antonia Falls.  The Angeles National Forest is also one of my favorite places to watch the sunset and the Angeles Crest Highway is also a great place to drive if you need to get a breather from the city below. 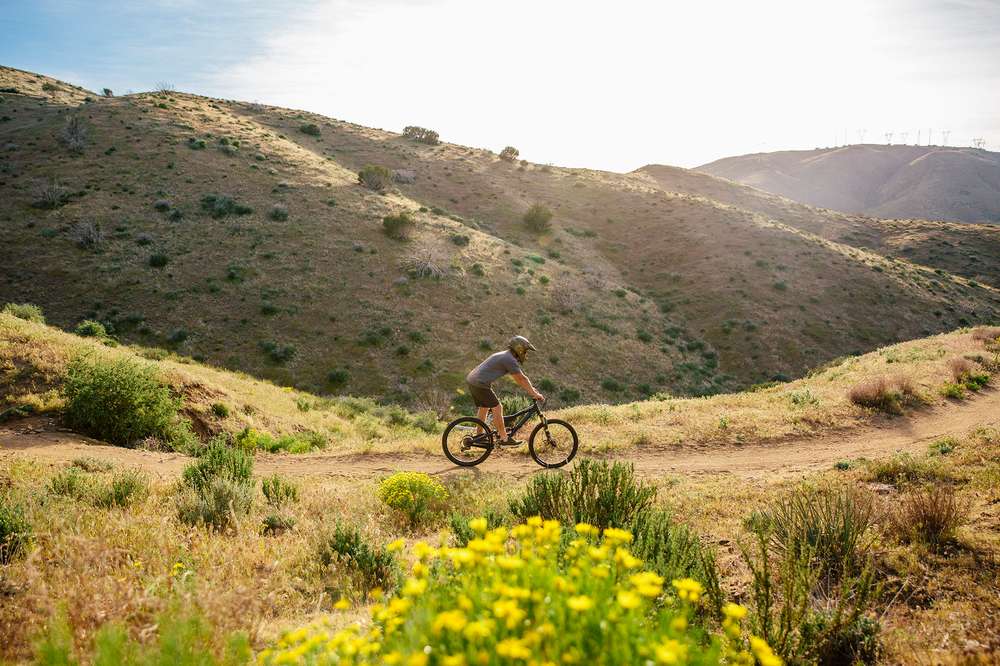 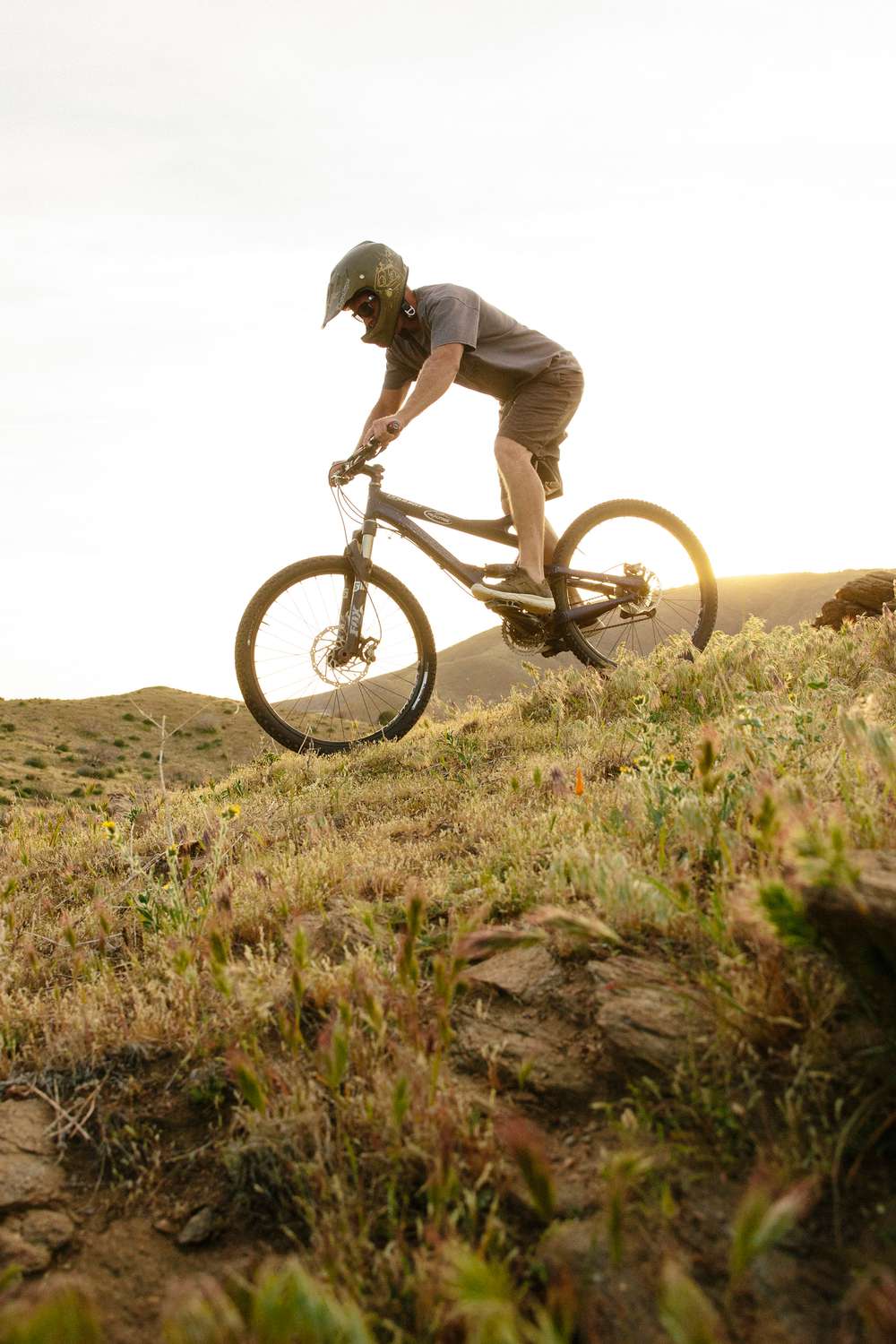 Just north of the San Gabriel Mountains lies the Greater Antelope Valley, which includes scenic outdoor locations like Warnack Nature Park, the Devil’s Punchbowl, and Vasquez Rocks, all popular locations for the outdoor enthusiast.  Warnack Nature Park, specifically, is a perfect spot to try mountain biking and has 132 acres of land with numerous trails that range from easy to strenuous.  The Antelope Valley is also a perfect place to catch a glimpse of the poppies during the spring season and you don’t need to drive all the way to the poppy reserve to find them.  They’re everywhere in the Antelope Valley and paint the hills orange as far as the eyes can see when they’re in bloom. 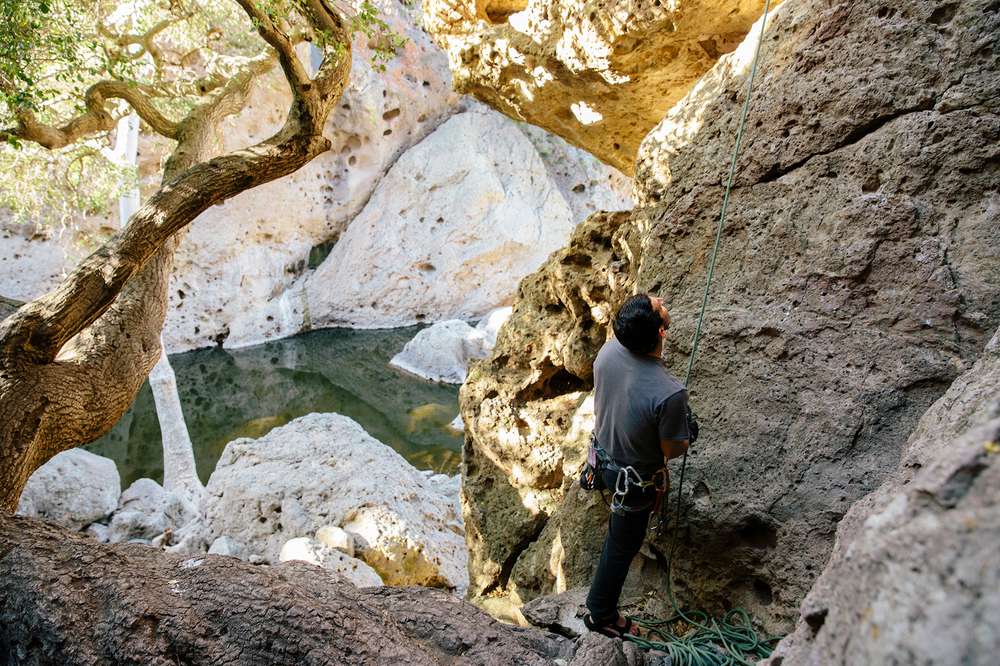 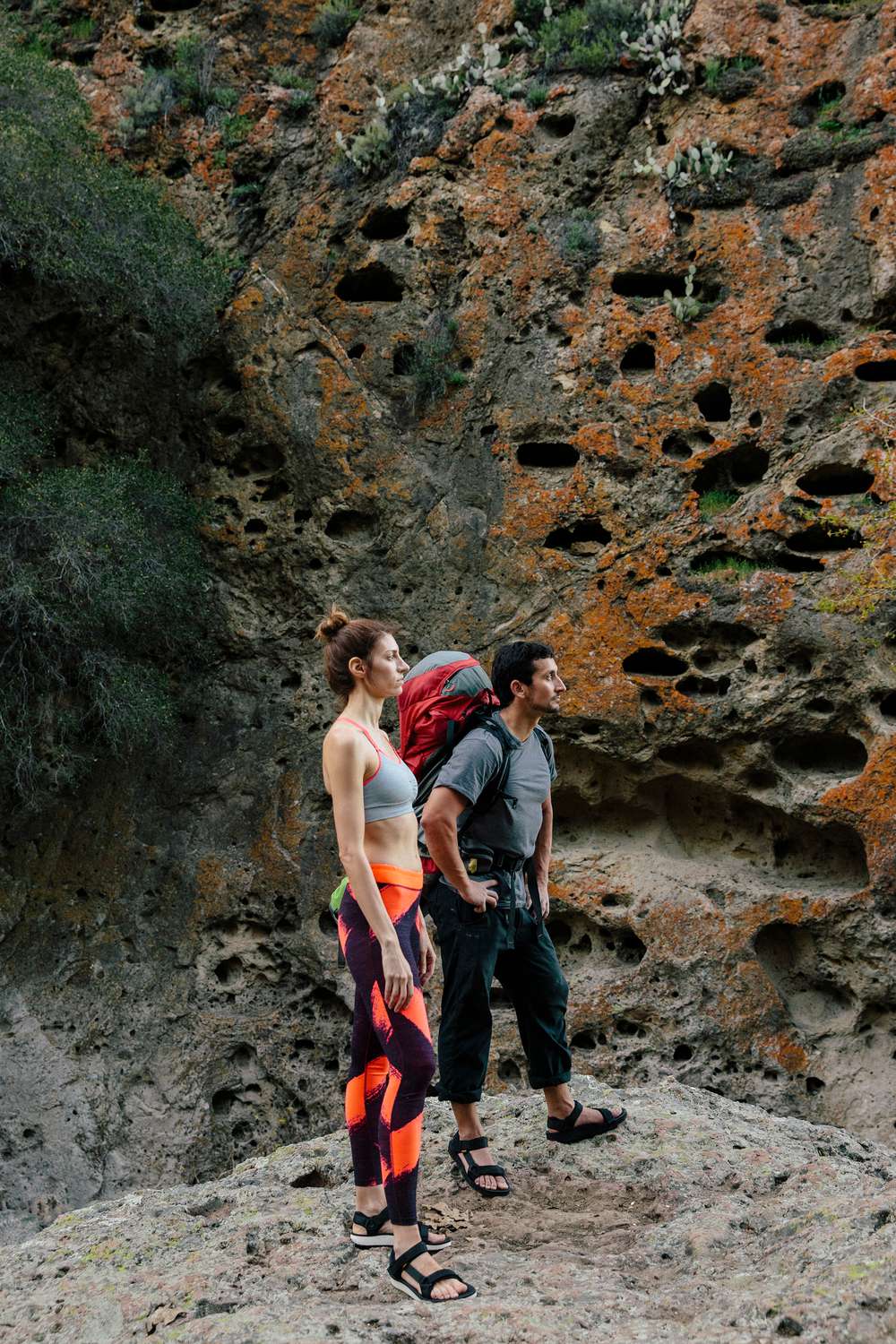 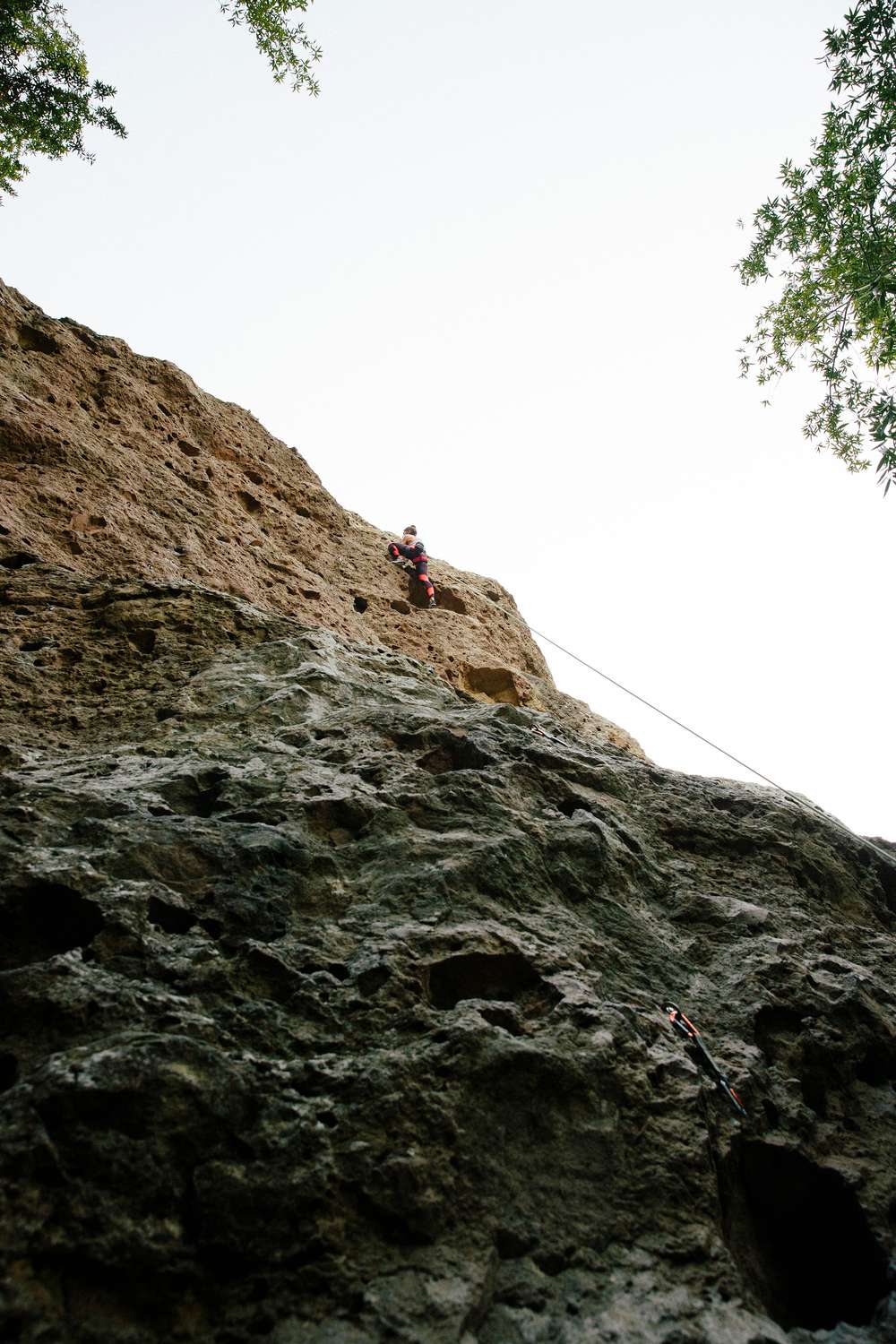 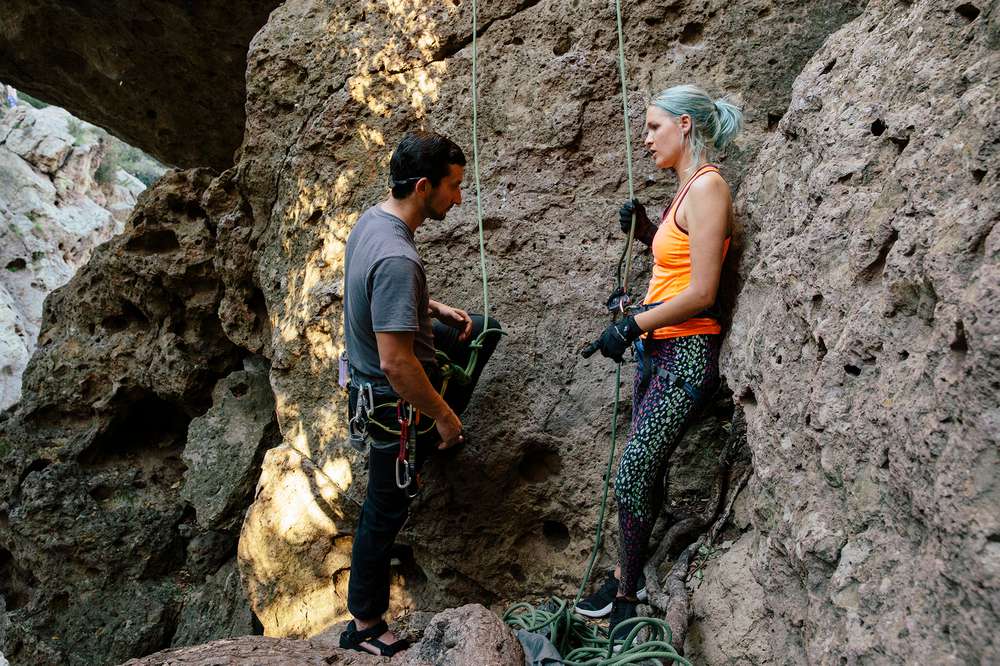 Malibu Creek State Park is known as the recreational crown jewel of the Santa Monica Mountains and offers more than 8,000 acres of beautiful terrain and scenery.  Best known for being the filming location of the original Planet of the Apes and the hit television show M.A.S.H, Malibu Creek State Park is also known for its hiking and mountain biking trails as well as it’s volcanic rock formations, which provide a perfect place for mountain climbing and bouldering.  Rock Pools is one of the most popular spots for climbing; only about a mile and a half from the parking lot, this spot offers ten different climbing routes as well as a good place to cliff jump into the reflective waters below. The park charges $12 to enter and camping is also available if you want to spend a weekend here with family and friends.

Shop the styles featured in this story at Teva.com and #StrapIntoFreedom on Instagram @Teva.