Jet lag reigned; I had been back home in Tahoe for exactly 24 hours. I sat at the counter of the coffee shop my husband and I just purchased—an exciting expansion for our coffee roastery—and I chatted with an acquaintance about my recent trip to the Philippines. I found myself launching into the full tale, unable to stop myself. It took some time before I realized I was being met with glazed eyes and eventually it hit me: what I had just experienced was heavy. And uncomfortable.

Typically I can find the words for everything, but these past few weeks, I’ve found myself coming up short as I process my time in the Philippines with OneChild, an organization that helps children at risk for human trafficking. How does one witness a Filipino child with a white man 30 years her senior at Cebu’s red light district, then just return home and casually discuss whether avocado toast should cost $8 or $9? 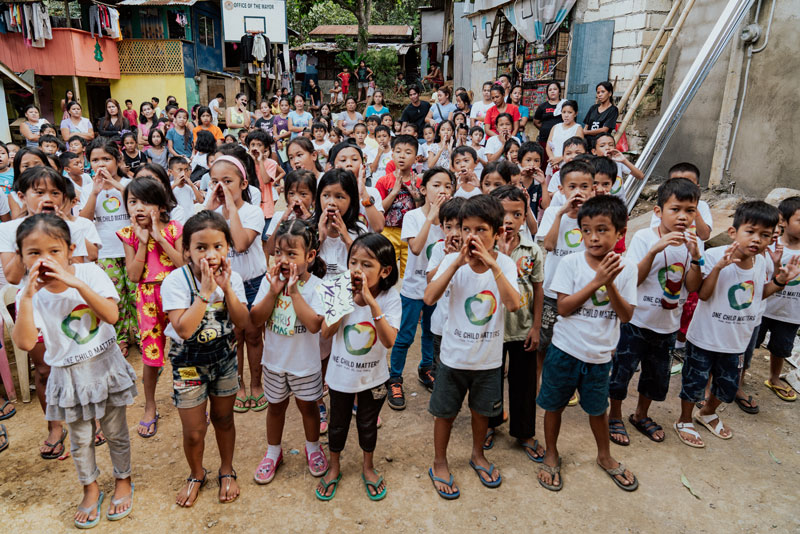 OneChild operates Hope Centers where children in surrounding villages can receive emotional support and nourishment as well as sponsorship. The faces of rescued girls are not shown to protect their privacy.

There’s no intended guilt trip here. Just an attempt to patchwork together multiple versions of “real life.” There’s the real life of kids who are at risk of being sold into sexual exploitation, prostitution and slavery by their own parents.  And then there’s also the real life you and I experience regularly. As my heart slowly uncoils from culture shock, the processing has come in quiet little moments: waiting for hot water to boil in the morning, sobbing on my therapist’s couch, and shoveling snow off the back deck.

I joined the child sponsorship organization OneChild on a trip to the Philippines to find out more about the incredible work they’ve been doing to help at-risk kids around the globe for decades. They have a presence in 14 countries worldwide and their work in the Philippines largely revolves around facilitating dozens of Hope Centers around the country where kids in surrounding villages can come and receive nourishment of mind, body and soul—as well as sponsorship. A mere $39 per month donation from sponsors can cover their basic necessities and alleviate incredible financial burden on parents teetering on the brink of poverty. 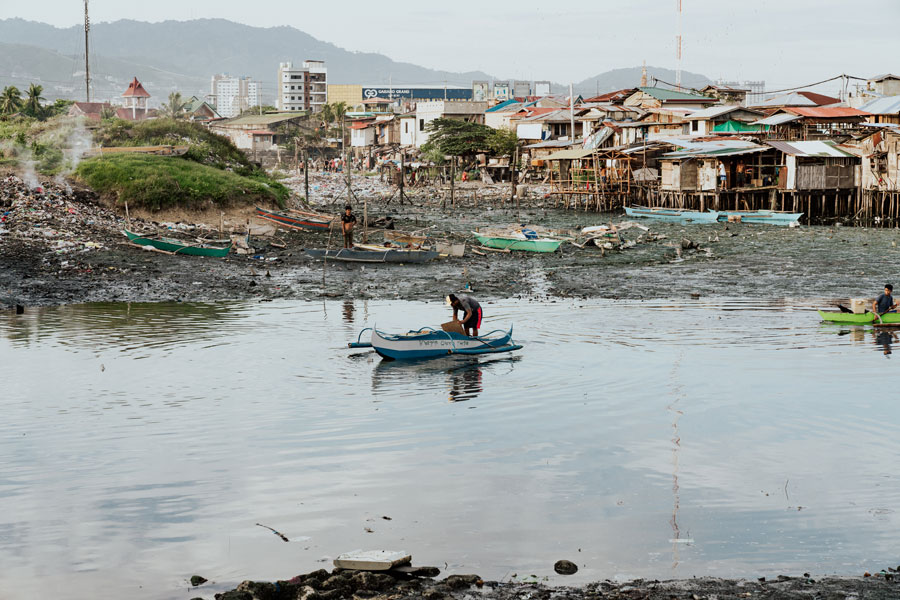 Laura visited several of OneChild’s Hope Centers in Cebu, one of the most populated provinces in the Philippines.

In the Philippines, OneChild actively partners with other organizations like International Justice Mission and the Filipino government on rescuing and rehabilitating kids from sexual abuse, where the perpetrator is often a parent or close relative. Once rescued, sexual abuse survivors are placed into a permanent rescue home, where they spend the rest of their childhood, receiving education, shelter, medical treatment and essential life skills to help them thrive once they become adults. 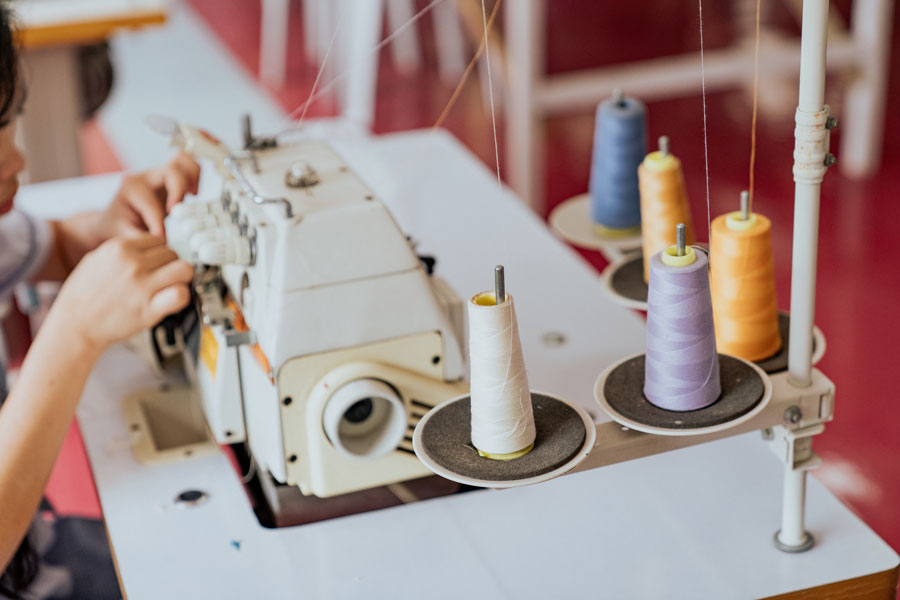 The organization facilitates education and skills training to help the rescued girls thrive into adulthood.

According to Rica, a social worker who lives and works at the rescue home I visited, an estimated 60,000 kids were sexually exploited in Cebu City in 2017 alone, only 27 of which were rescued. Perhaps even more alarming: the growth of OSEC (Online Sexual Exploitation of Children) and child pornography on the Internet, which is both disgustingly easy to execute and simultaneously difficult to catch.

OSEC is a prevalent issue in all of Southeast Asia, but Cebu is the epicenter. In this exploitative system, kids (usually in poor families) are psychologically manipulated to acquiesce on camera in the “safety” of their own home in order to provide for their families, under the guise that it’s not damaging, as no one is physically harming them. In reality, this digital content is sold and distributed all over the dark web. Compliance earns money, and thus from a young age, girls as young as toddlers are taught that they can make a living by selling themselves. Unfortunately, we learned that many of the perpetrators in these cases were abused as children themselves. And thus, the cycle continues. 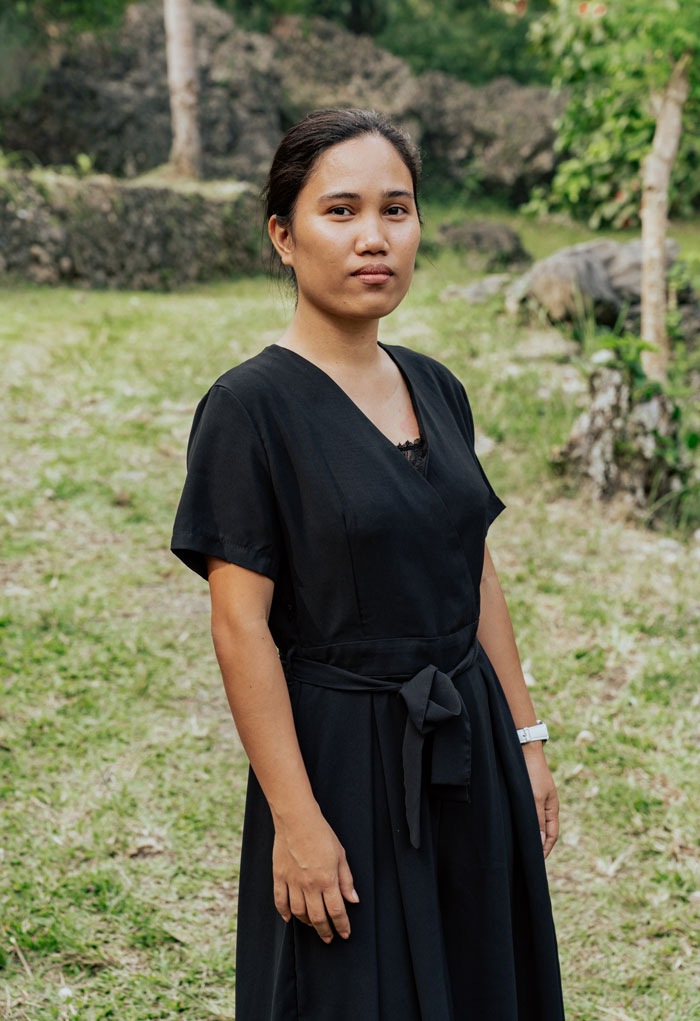 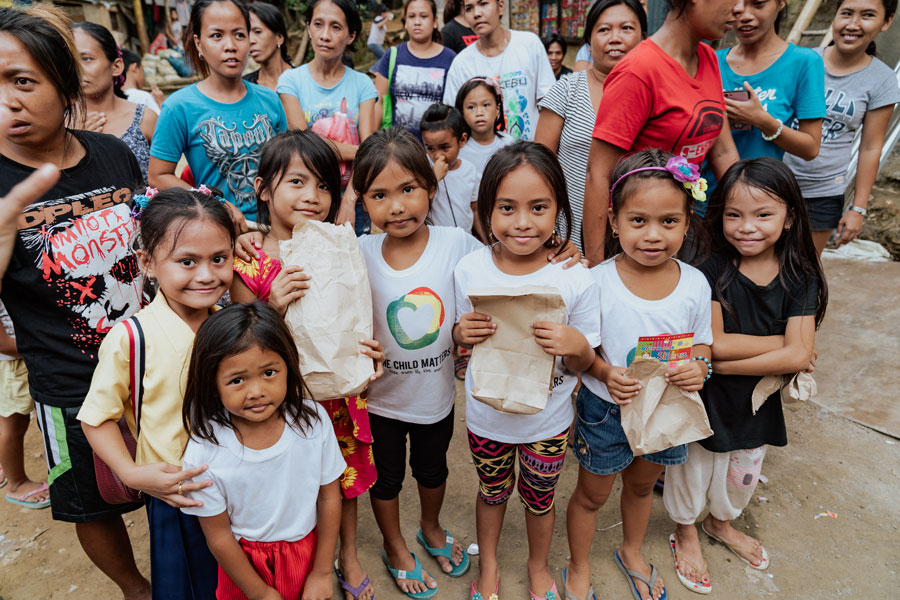 A $39 per month donation is enough to cover basic necessities and alleviate the financial burden of parents teetering on poverty. 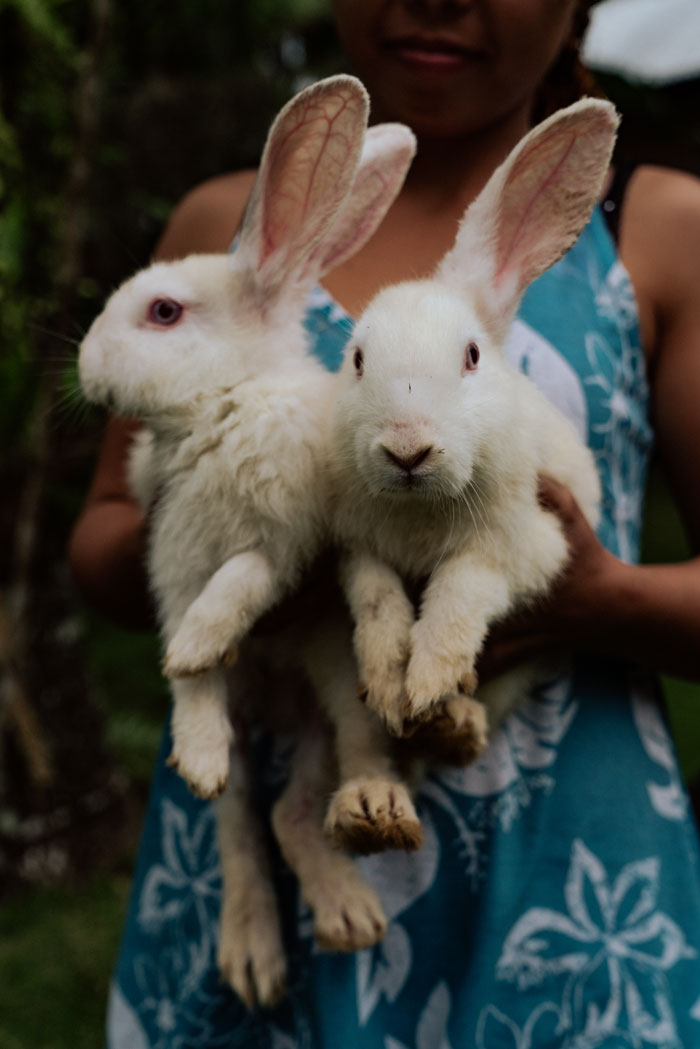 Meeting the locals near the Rescue Ranch, where rescued children receive shelter, education, and medical care.

During the course of our 10-day trip in the Philippines, my team and I were incredibly moved by all we witnessed and the stories we heard. Conversations were heavy but hope-filled too. We met a former sex slave who is now in the process of taking her bar exam to become a lawyer; she wants to be an advocate for justice in cases like her own. We heard about a girl who went on to become an accountant after she left the rescue home because she was inspired by her OneChild sponsor, who wrote her letters and was also an accountant. The rescued girls I met at the rescue home in Cebu were bright, talented and curious—honestly, just normal kids learning how to have dreams for the first time (their faces are not shown here to protect their privacy). Throughout devastation, hope prevailed.

I asked Rica what she’d want American audiences to know about her work in Cebu. Her response? “I just want people to believe this is happening.” When I asked her to clarify, she sadly replied that too often when Western audiences hear about cybersex child trafficking, they simply don’t believe it’s real. I wondered how I could possibly share this story to penetrate the numbness we all feel when we hear heartbreaking tales. I pray for awareness; awareness leads to action. 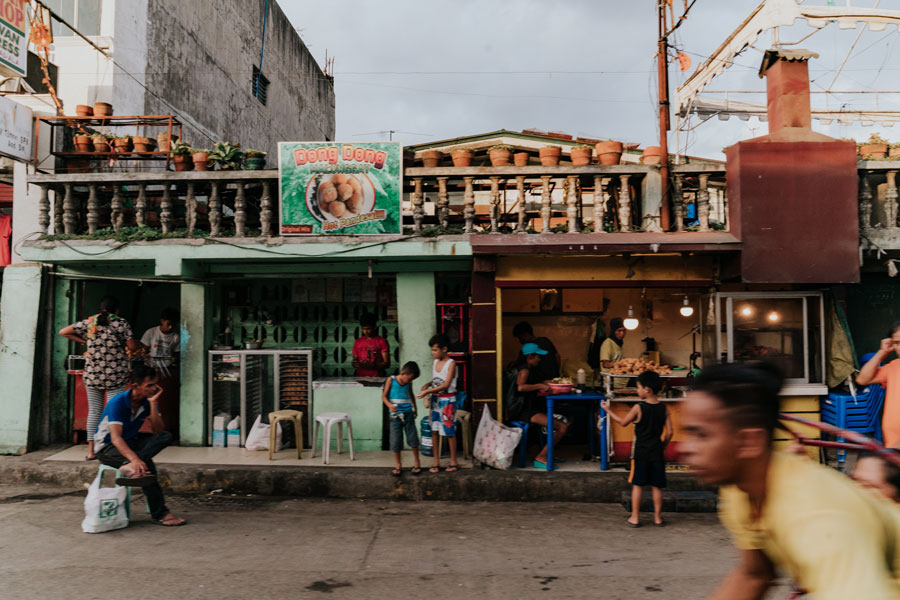 Filipino people are some of the loveliest I’ve encountered in all my travels: incredibly hospitable, warm and welcoming. Despite the darker nature of the trip, I was struck by the raw beauty of the Philippines and its people—especially during our final days in Coron, a lovely respite from the heaviness as we debriefed amidst turquoise water and hope-filled conversations. If you’ve ever wanted to travel to the Philippines, don’t let my story deter you! Famous for world-class scuba diving and stunning landscapes, it’s a wonderful place to visit, albeit the difficult realities happening behind the scenes. I suppose the same is true of just about every destination in some form or fashion.

It’s been a few weeks since I’ve been home. And truth be told, I’m changed. Witnessing uncomfortable truths has sparked identity shifts happening within myself. Let’s be real: I’ve been an influencer on social media before that was even a thing. I tout a lifestyle where I seemingly travel to exotic locations every other week and go on frequent photogenic hikes with my husband. Of course, reality looks significantly different than what social media shows (truthfully, most days I sit in front of my computer in my office), and this year I’ve found myself growing increasingly bored by it all, by the pretense. I’m craving something deeper. This trip has become the catalyst that’s inspired me to shake things up a bit; to take action and start telling stories that actually matter. 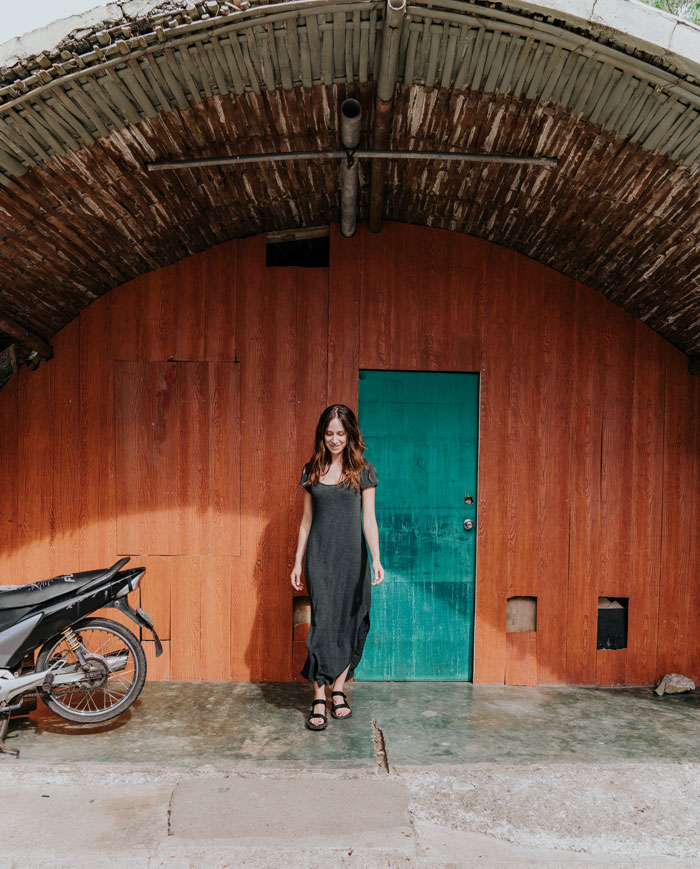 Before heading home, Laura visited the beach areas of Coron to decompress and process her experience. Laura wears the Hurricane XLT2 in Black.

I often hear friends lament that they’d like to give back, but don’t know how. Truth is, we aren’t always needed to show up in person and lend a helping hand. Oftentimes, there are those like my new friend Rica, who are already positioned on the ground doing the tough work. Sometimes, it’s literally as simple as being willing to donate desperately needed finances to spur the mission.

While in the Philippines with OneChild I witnessed firsthand how far sponsorship dollars can go in helping change the lives of OSEC survivors. I was so excited to begin sponsoring a Filipino girl earlier this month. Having met kids on the street who would have benefited greatly from sponsorship, my heart was broken for how great the need is. Watching kids swim in filthy water soiled with their own sewage shifted my perspective—not just in the context of my own life and what I admittedly take for granted, but how far a dollar can go. Sponsoring a child was an easy next step in taking action, but I want to do more. I don’t really know exactly what this will look like long-term, but for now, I’m grateful that I’ve been able to share, explore and discover along the way.

For more information about how you can join me and become a sponsor, click here!