Words and photos by Brianna Madia.

Granted, the term “met” is probably not applicable when you’ve known the boy since you were ten years old. Nevertheless, he’s holding my hand and we’re planted ankle-deep in mud in front of a brightly lit stage. I’ve got a little strand of flowers wrapped around my head, as the Internet hadn’t deemed that uncool yet. We’ve been madly in love for almost six days now, three of which have been spent in the stifling July heat of a local music festival called Gathering of the Vibes. 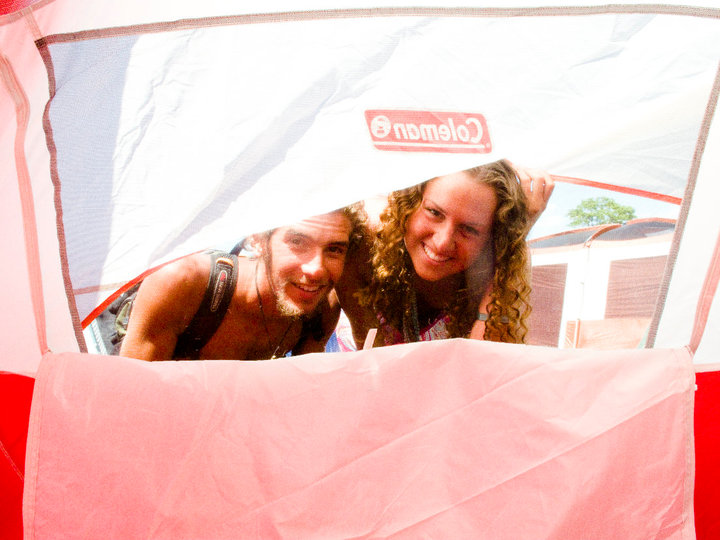 A vintage picture of the Madias from Gathering of the Vibes.

For years, Gathering of the Vibes, called Bridgeport, Connecticut home, which was especially convenient because so did we.

In reality, it was a bizarre location for a music festival, as Bridgeport is a deeply industrial city known more for its smokestacks and crime rates as opposed to its rolling green hills and Grateful Dead fans. But nevertheless, every year under the mid-summer sun, the festival musicians and vendors and guests would weave their way through the concrete streets and old factories like a rainbow-colored ribbon winding through a maze of black and gray. It was a local treasure, and it was the perfect amount of weird.

You see, this was no Coachella. This was a bunch of old grey-bearded hippies and their modern-day counterparts descending upon the shores of the Long Island Sound to listen to the last living members of the Grateful Dead croon out all the classics, to sit in the grass and hear Crosby Stills & Nash remind us to teach our children well.

“You didn’t go to say you went. You didn’t go because it was trendy. You went to be surrounded by people who truly loved the music and everything it stood for.” 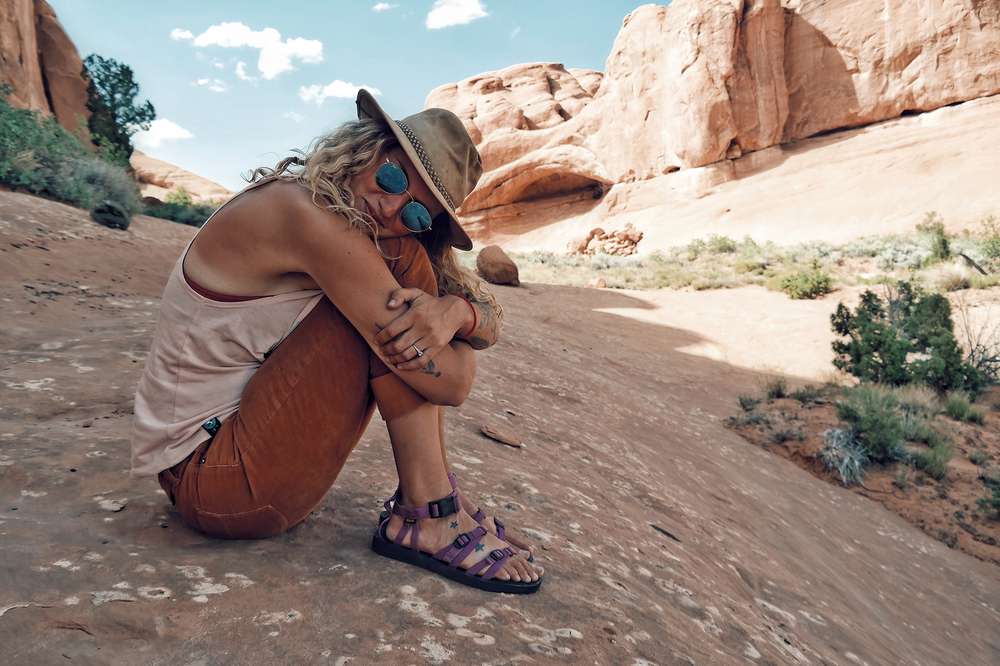 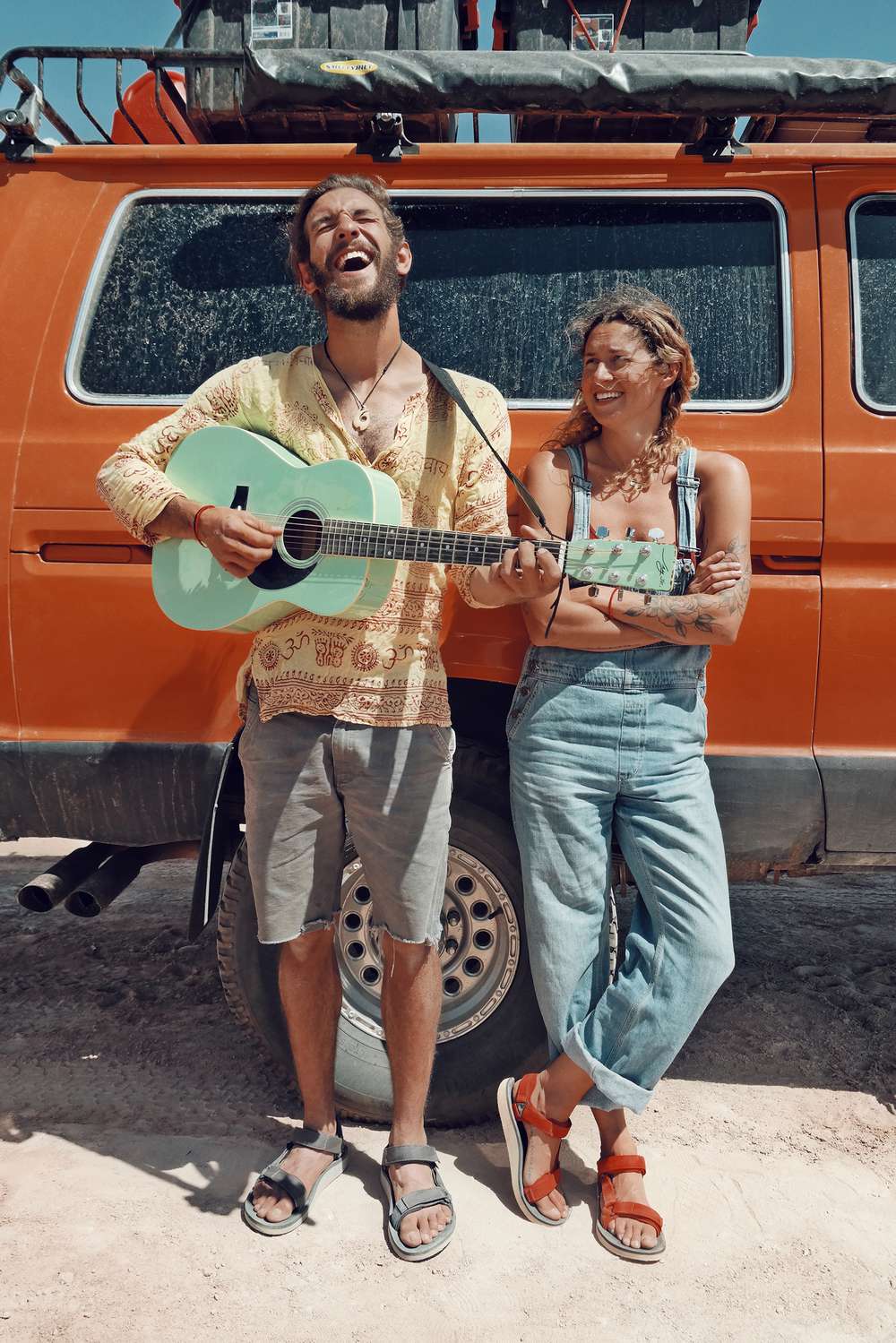 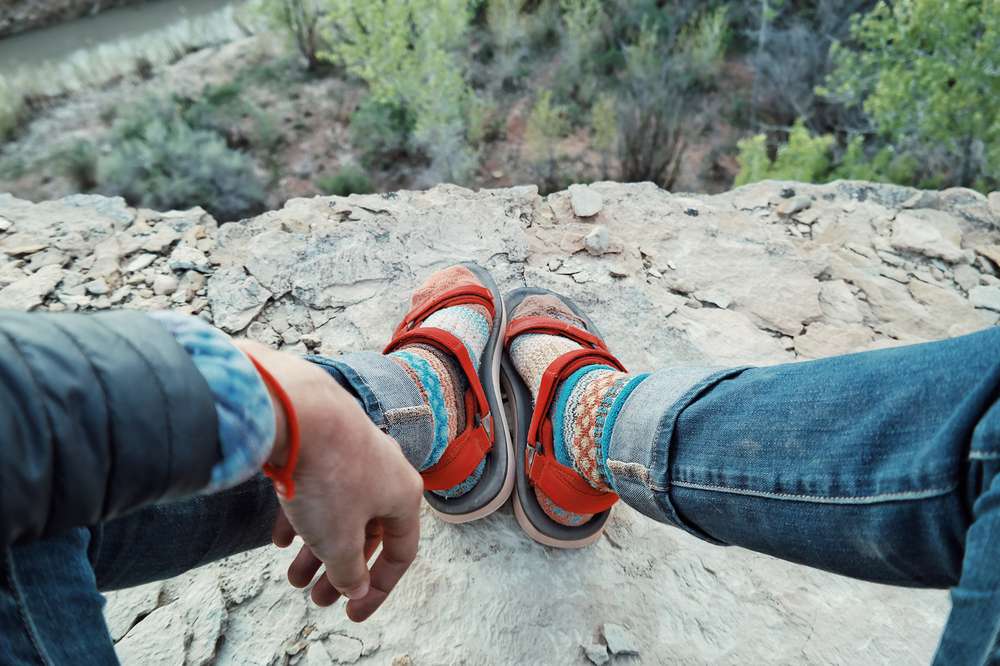 I went because that boy and I had all the same favorite songs, even though we weren’t even born when they were written. And I remember watching him watching our favorite band and thinking that there was just something different about the way some people hear music. You can see them get lost in it. You can feel it in them when their fingers are intertwined with yours.

Eight years later, I’m married to that boy. And the way he’s peering over at me in those old festival photos – that smile – I still see it all the time. It’s set to the tune of the same music we danced to that first weekend together, but it travels from the speakers of our old van as we rumble down our favorite desert highways of the American west. 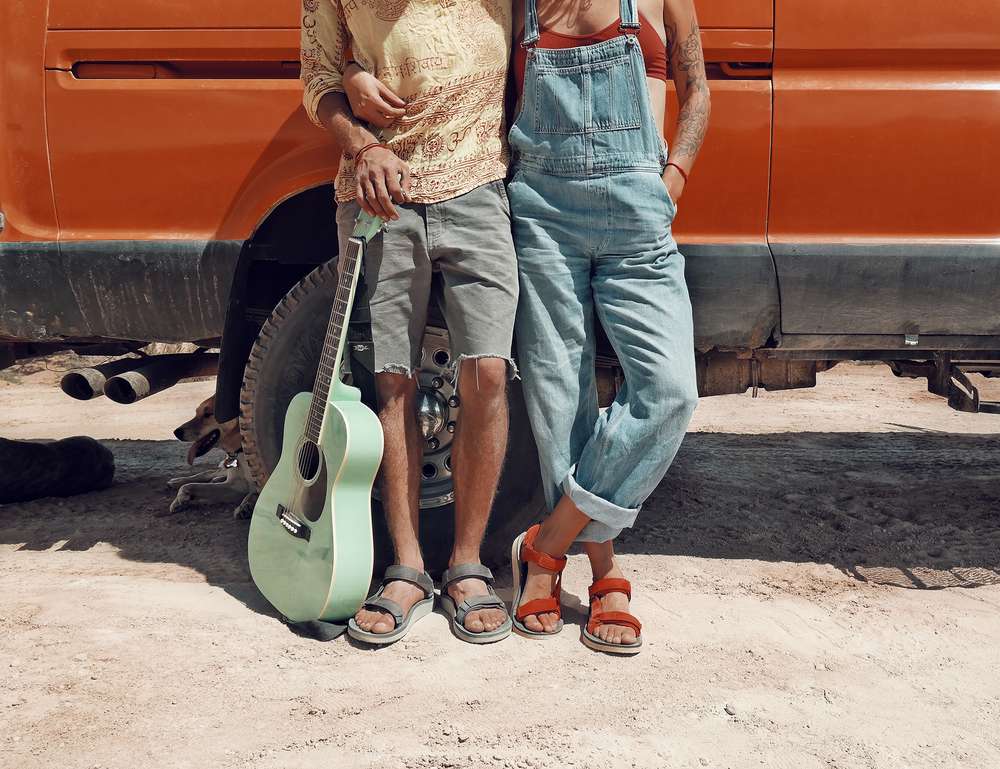 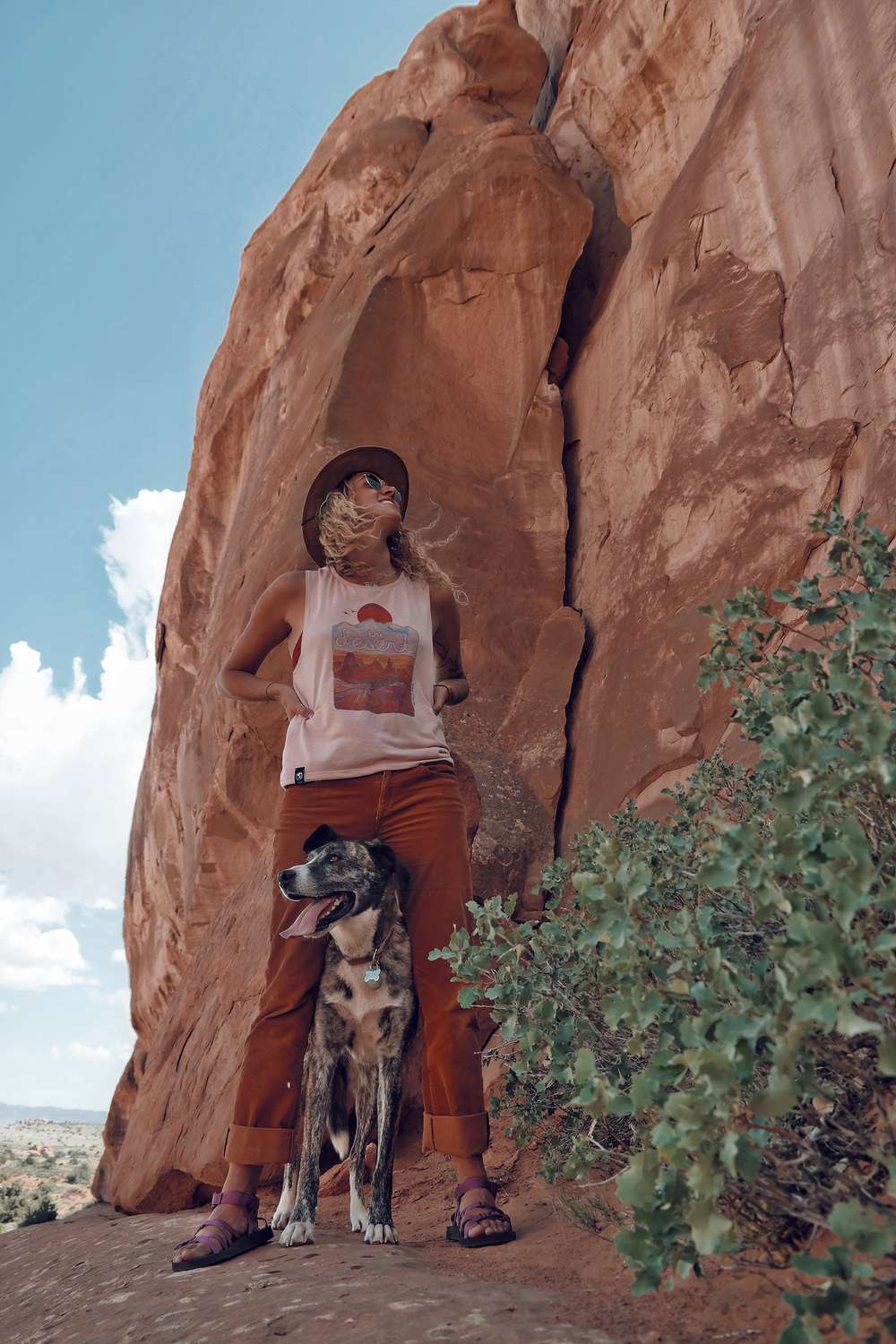 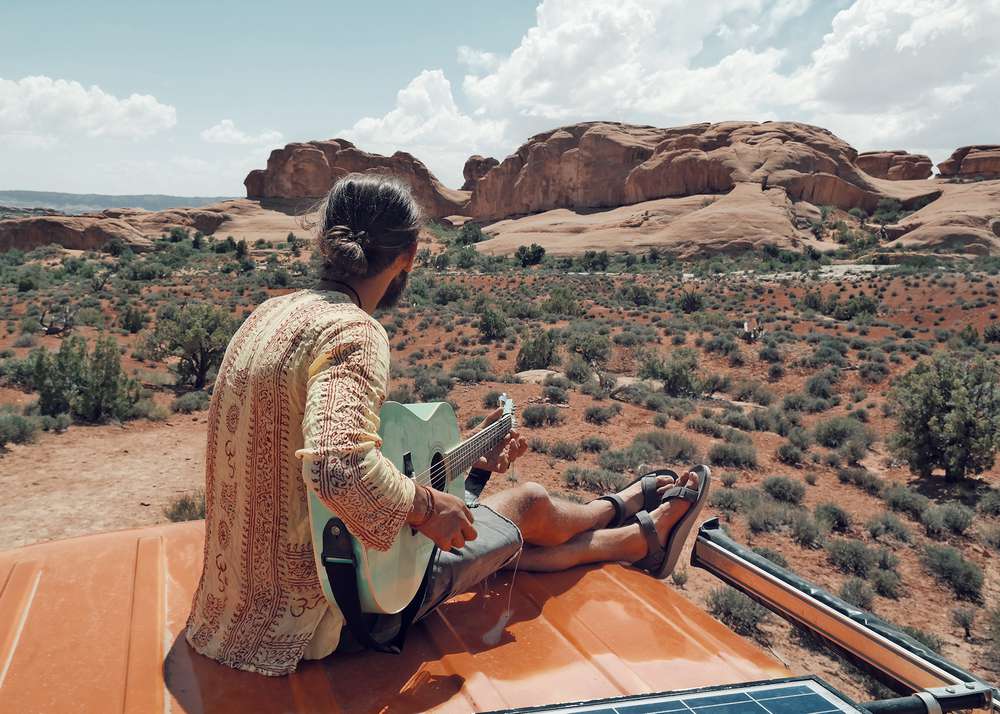 Our van, our love, all those favorite songs of ours, they were all new once. But time fades album covers and scratches the vinyl of our beloved records. It deepens the lines in the corners of our eyes from smiling at the same person year after year after year. There are always things that will wither with the weight of time, but then there’s the things that just get better with it. Like love. And music. Here are some of our very favorite songs:

“Bertha” by The Grateful Dead. Specifically, the “Live at Fillmore East April 1971” version. This is the namesake of our beloved van-turned-home.

“Susie Q”by Creedence Clearwater Revival because I defy you to find better driving tunes than CCR.

“Boots of Spanish Leather”by Bob Dylan. I was driving the van down a dirt road one morning and the sun was rising right through my windshield and Keith and the dogs were still asleep on the bed in the back and this came over the speakers, and I thought to myself that there may never have been a more beautiful song in all the world.

“Magic Bus”by The Who. Our van, Bertha has a wide variety of nicknames and “the magic bus” is definitely one of them. 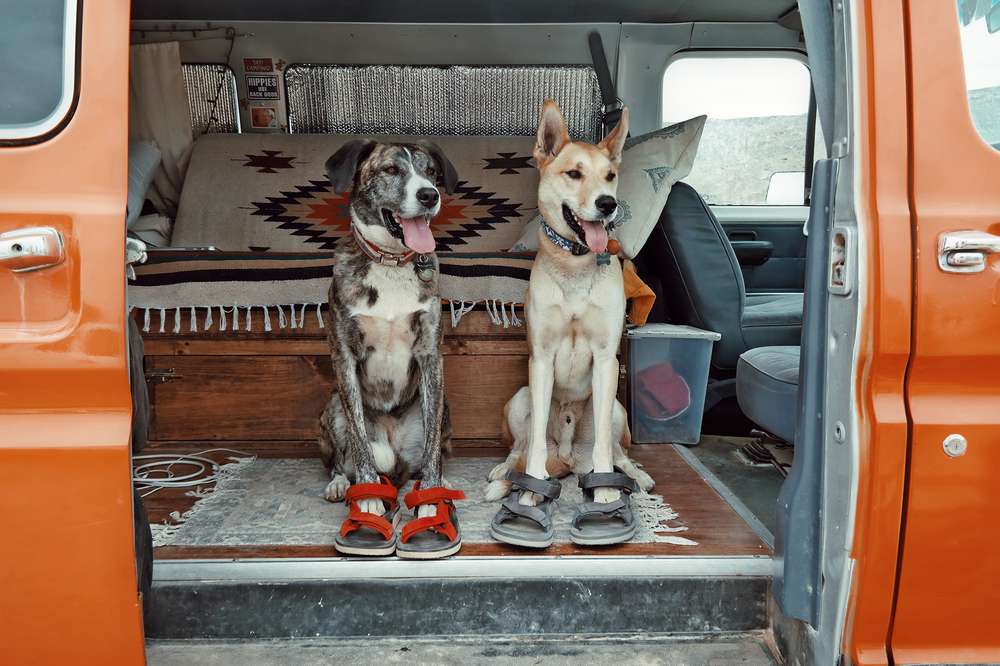 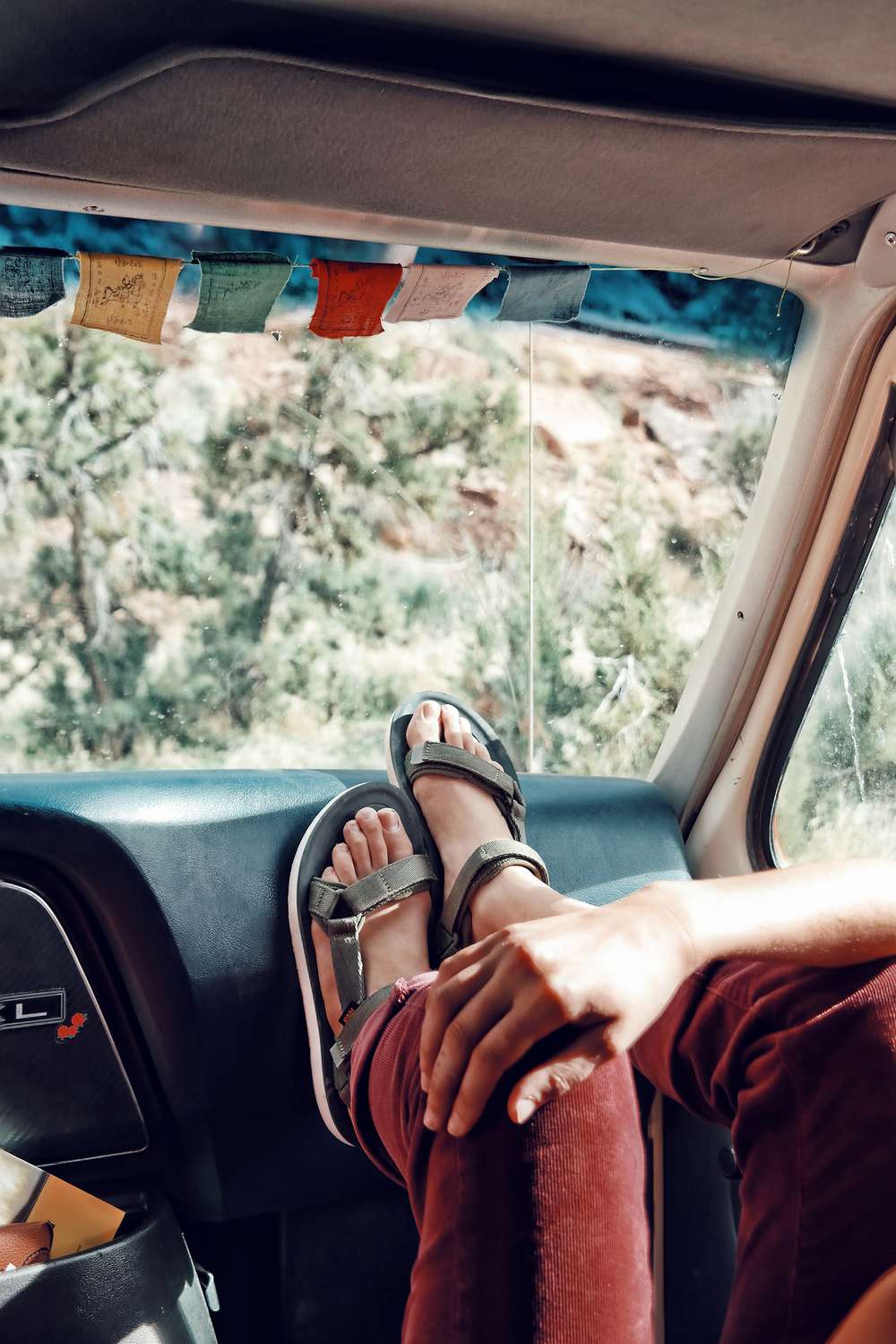 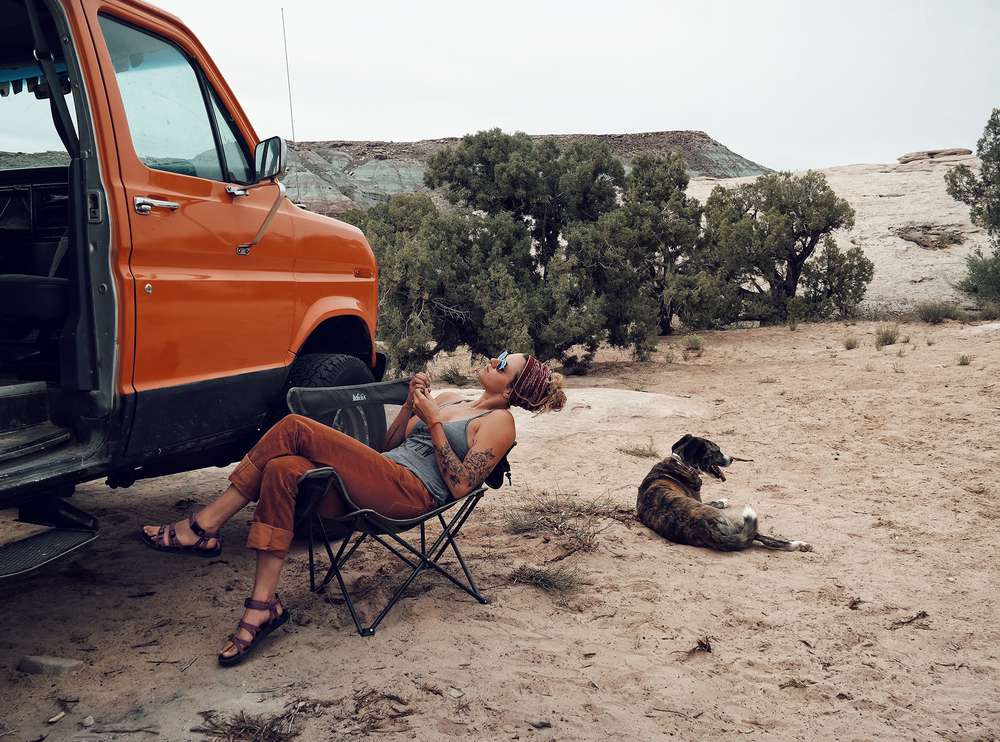 “Cory Wong”by Vulfpeck. Vulfpeck may seem out of place on here given that they’ve only been making music since 2011, but if you watch the super-quirky music video for this song in particular, what you see is a bunch of talented, funky musicians in some weird 1970s living room absolutely stoked on their own sound and it’s completely infectious.

“Superstition”by Stevie Wonder. It’s always been a weird dream of ours to rig up the horn on our van to play the opening riff to this song.

“Life is Water”by Sim Redmond Band. When Keith and I first started dating, we lived on a 33-foot sailboat together and must have played this song every time those sails were raised.

“Tiny Dancer” by Elton John will forever remind me of my favorite scene from my favorite movie of all time, ‘Almost Famous’ and it will always be the perfect end-of-the-night song.

“Gold Dust Woman”by Fleetwood Mac, because there is no more iconic festival style queen on Earth than Stevie Nicks, in my humble opinion.

“On Fire”by JJ Grey & Mofro. This is one of those songs that could have been written in the 1970s but is a much more recent gem. We’ve never once played it without someone asking what it was.

Check out our full playlist with over 360 songs on Spotify titled Bertha’s Road Songs.

Shop the Festival Season styles featured in this story at Teva.com and #StrapIntoFreedom on Instagram @Teva!