Teva contributor Ronald Griswell and founder of nonprofit HBCUs Outside shares how he became the mentor that he needed when he was younger. Words by Ronald Griswell. Photos by Cliford Mervil.

Every year in middle school, I attended a summer camp and had some of the best moments of my youth. Up to that point, my personal curiosity led me to frolicking in the large thicket behind grandma’s house, ‘excavating’ fox and deer bones in the small forest across the street and catching crawfish in the neighborhood ditches. But I was yearning to explore further outside—for someone to show me adventures like I’d seen of National Geographic explorers and photographers climbing mountains or crossing oceans. 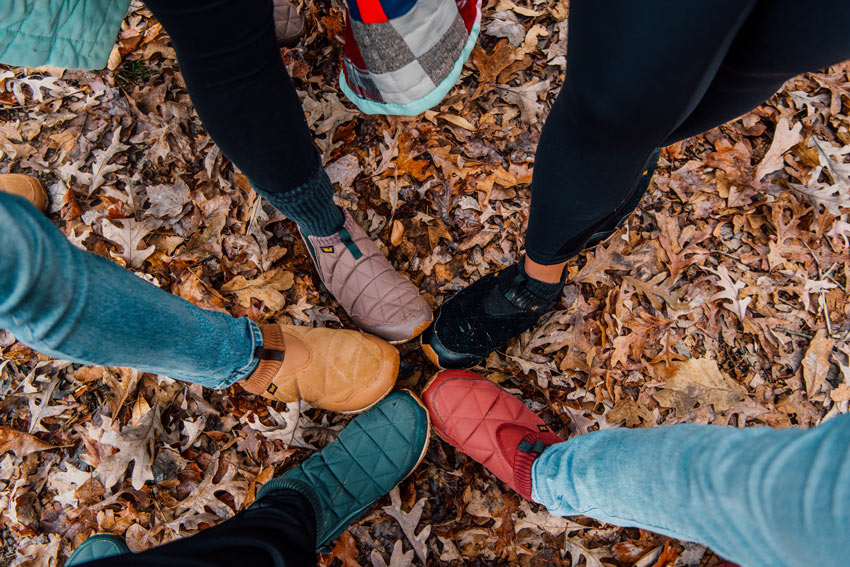 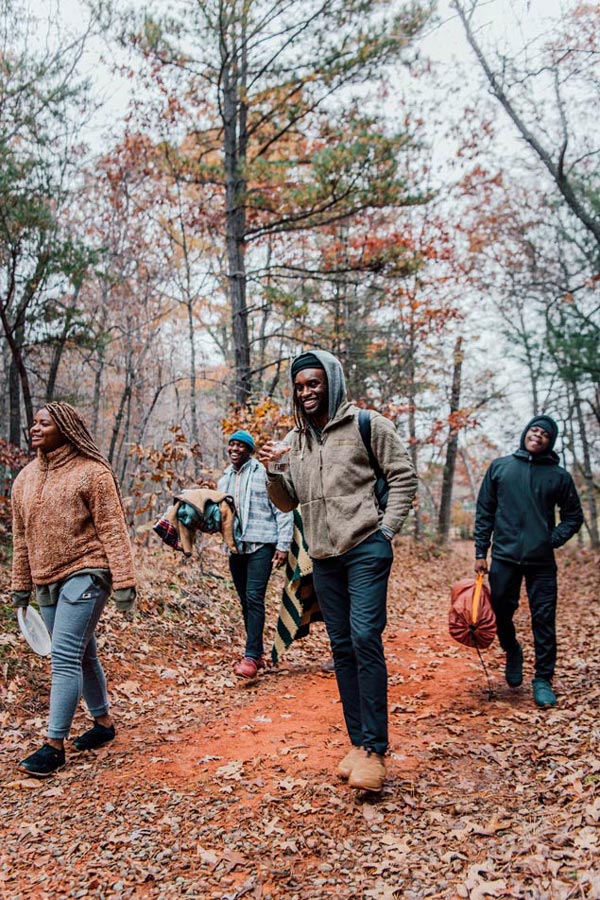 Ron Griswell gathered a group of friends and students from North Carolina A&T State University (A&T), a historically black college/university (HBCU) for a campout near the Blue Ridge Mountains in Virginia.

At camp, I went creek stomping, flipped canoes in the lake, cooked fajitas over an open fire, and touched—and ran from giant Luna moths. I met camp counselors that inspired growth and nurtured the flame I had for the outdoors. It was a magical place.

But then high school happened. My identity came into play. I started to care more about what people thought of me. The playful, pure innocence that was elated by canoeing went from, “I’m doing what I love” to “I’m doing what white people do.”

My self-awareness and understanding of identity began to blossom in a profound and unfortunate way. Frankly, I came to the realization that people who looked like me didn’t participate in the activities that brought me joy. I even started to believe people when they said that I was white in a black body. So, I stopped being outdoorsy. My adolescent mindset always saw culture and identity as linear—there were certain rules that needed to be followed. Black and white were two different boxes. And beyond my own callused perceptions and what family or friends thought, television and media confirmed the stereotypes around who the outdoors was for. 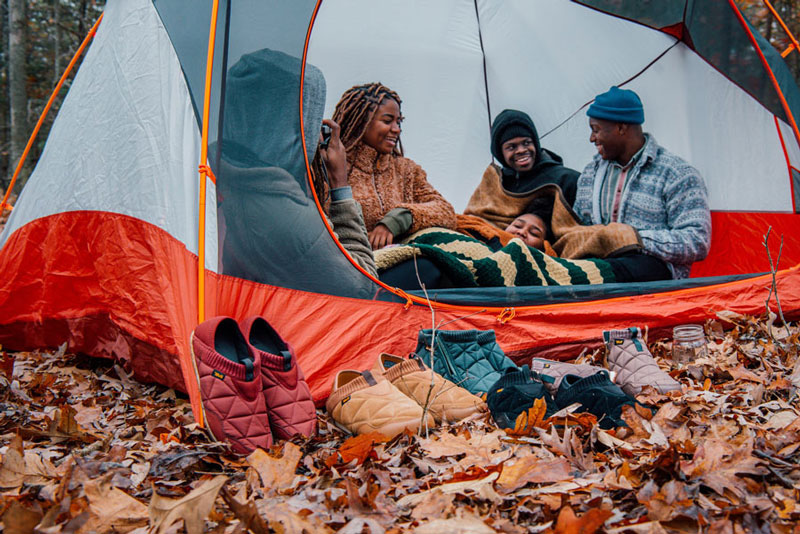 It wasn’t until college that I found my way back to what brought me joy. Luckily, I found some like-minded peers at North Carolina A&T State University (A&T), a historically black college/university (HBCU). Though it was only three of us, our shared interest and support for one another is what ultimately rekindled my passion for the outdoors and began dismantling the stereotype that the outdoors belonged to a certain group.

Furthermore, I had developed a “middle finger to everyone’s opinions” attitude. I decided to cast into the wind societal views of what activities people who look like me do and don’t do—it was none of my concern. I also became aware of the vast differences and complexities of the African diaspora. I realized that there was no one outline of how to be us.

After mending my relationship with the outdoors, I began hunting for more experiences. To my surprise, my university didn’t offer many options that could feed this new appetite I had developed. I remember feeling frustrated and unhappy—there was a life full of adventure somewhere out there while I did the same ol’ same ol’ going through the motions. 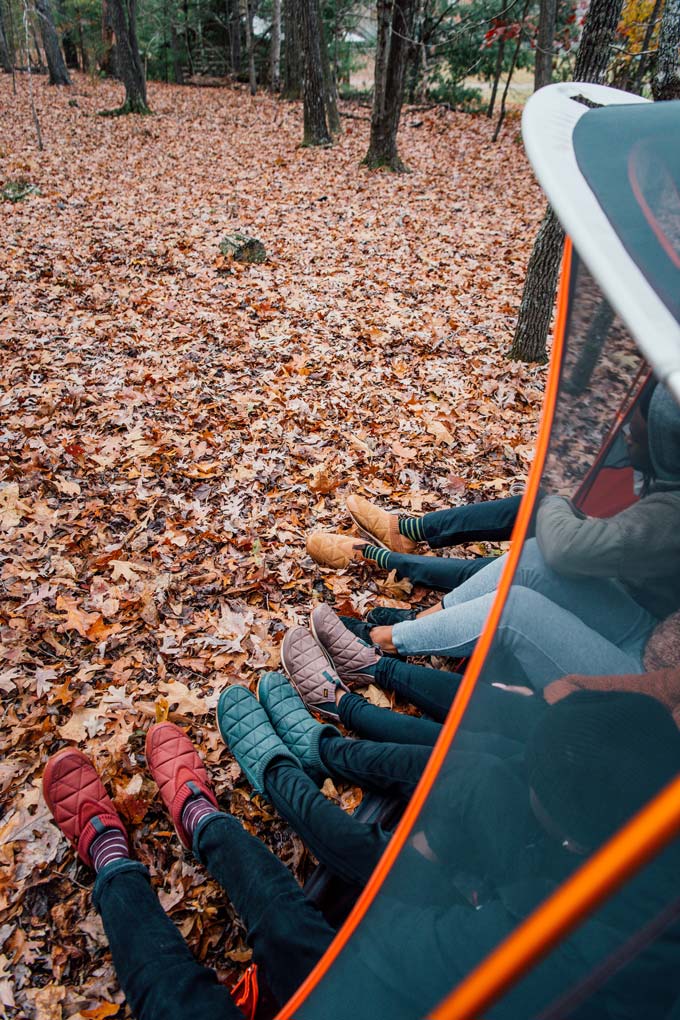 One day, I hopped in my car and drove until I reached isolation. Tears already running from my eyes, I picked up my phone and went to the recent call list and clicked ‘mother.’ As soon as she said hello, I lost it. With all of the courage I could muster up, I babbled “Ma, I don’t want to be here anymore… I know I’m letting you and Pops down.” After the sobbing and having a heart-to-heart, though conflicted, her response was for me to follow my passion. With that, I took a break from school and accepted an internship position at an outdoor adventure and tourism company in Minneapolis.

I’d be remiss not to point out that my studies weren’t going well, I was experiencing my first real break up and I started to develop aggressive behaviors unbecoming of my character. I decided that a radical change was needed in my life. I wanted a drastically different environment from my life in the Carolinas, and somewhere I could nurture my love for the outdoors. This was my reset—I just didn’t think it would involve -30 degree weather. 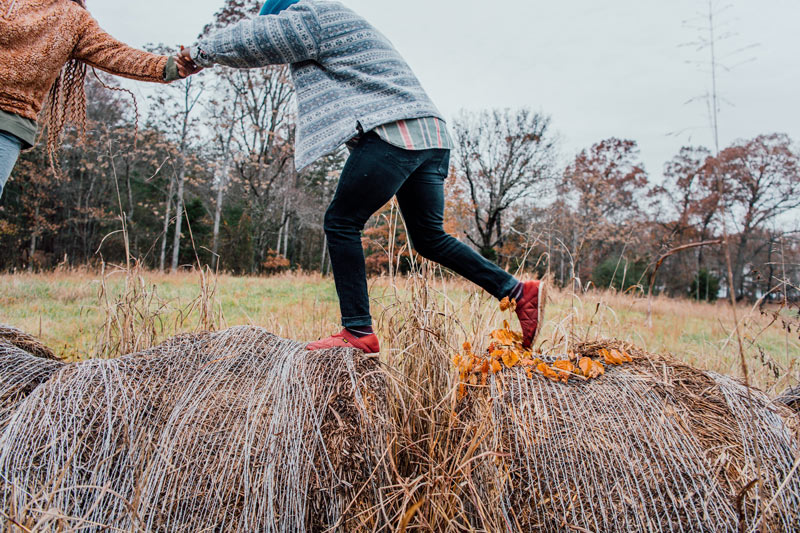 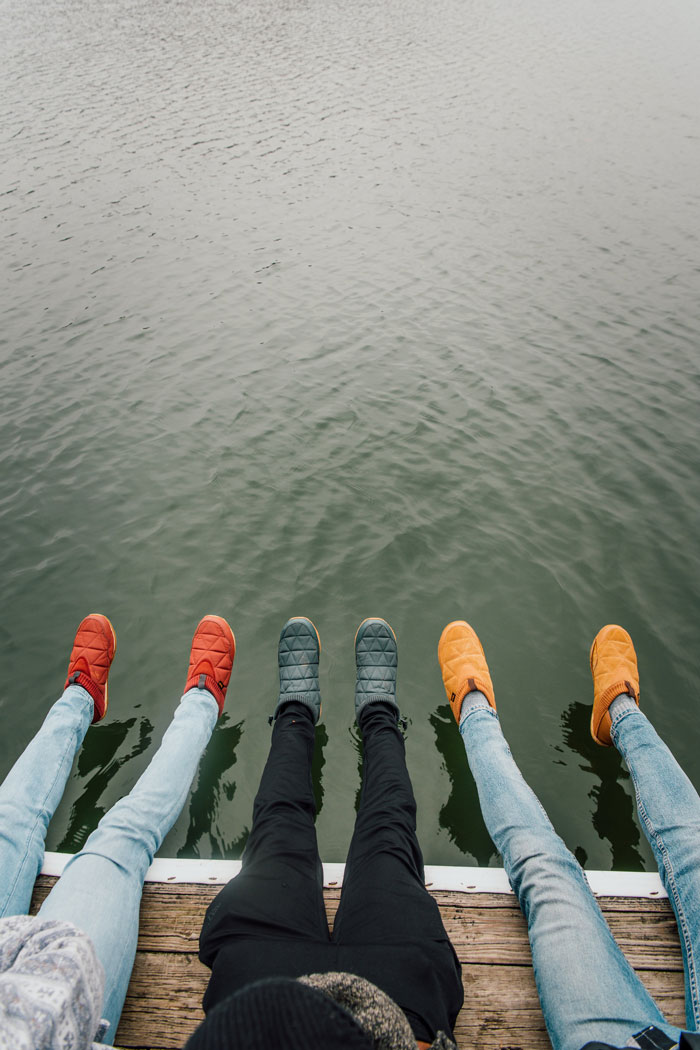 Through experiences in the outdoors, HBCUs Outside fosters general wellness, environmental stewardship, and community. Pictured: the Ember Collection.

After a couple of weeks of interning, I was already off on my first “real” adventure. The journal entry from that day in my iPhone notes read:

“Though, I have witnessed a couple of snowfalls, for most of my life I have only experienced mild winters. My skin is thin and adept at controlling the hot and humid summers of the coastal plains. But for some reason, this Northwoods chill, cutting every exposed piece of skin between the gaps of my layers, feels warm—I feel at home.

My bulky layers make my movement stiff, but I’ve never felt freer. The gentle crunch of my mukluks marching through the fresh snow pierce the quiet winter wonderland surrounding me… I look off into the distance in each direction—taking in the moment as much as possible. I crack a smile and choke back tears from an overwhelming sensation. I realize that for the first time in my life, I’m doing what I actually want to be doing.”

That is the moment, I found clarity, purpose, and reassurance that I was exactly where I was supposed to be: crossing over a frozen lake in the middle of February. We were leading a winter lodging and dog-sledding trip for people with mild to severe cognitive disabilities. 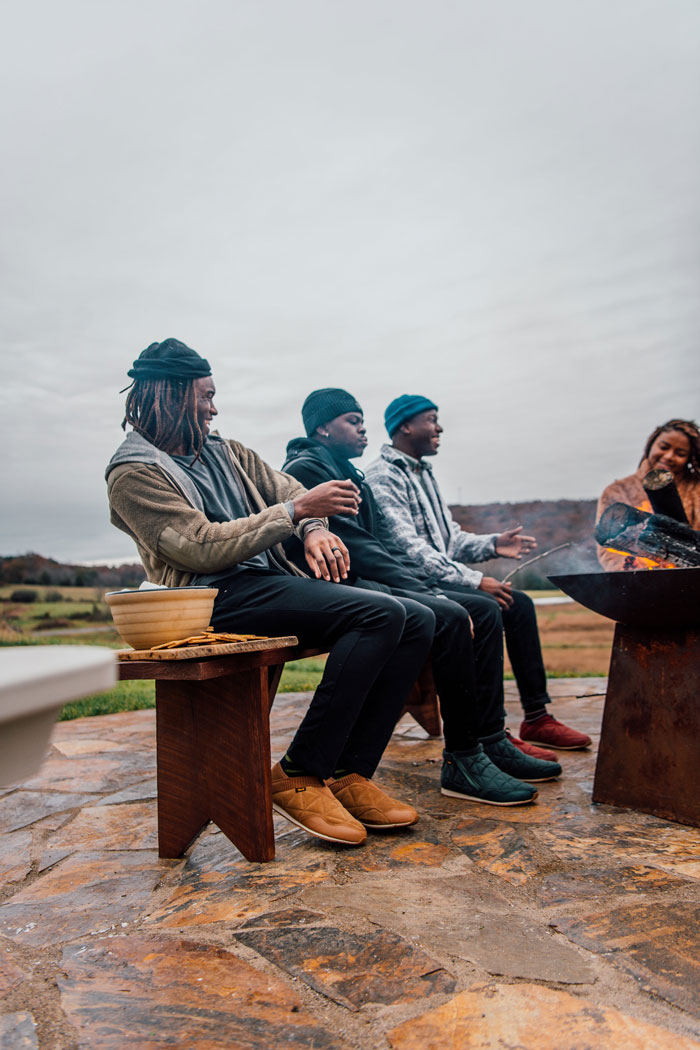 “The Ember Moc Shearling easily balanced a cozy bedroom slipper for our relaxing moments around the fire pit and a comfortable sneaker for all of our outdoor pursuits.” 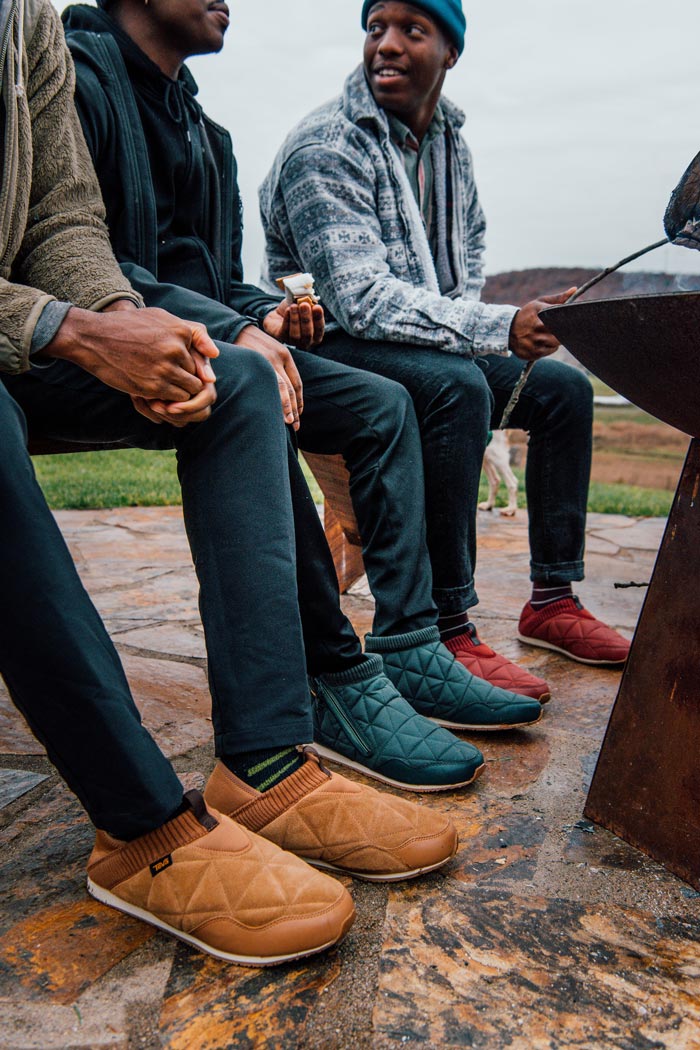 That trip marked the beginning of what would become three wonderful years of playing outside. During that time I went on canoeing and camping trips in different cities across the country. I co-led environmental initiatives with the Forest Service, Department of Natural Resources, National Park Service, and other national and international entities to help bridge a connection between inner-city communities and the outdoors. There were 15-day whitewater rafting trips in the Grand Canyon, sea kayaking in Lake Superior, and various other experiences.

One thing that was painfully obvious through all my adventures is that I was one of the few people who looked like me. I wanted to change that narrative. Luckily, I had been planning on continuing my education where I left off. I knew that A&T would be the perfect place for me to dig my heels in and begin the change that I sought. In returning to school, my goal was to offer my peers outdoor experiences to increase representation on campus, but to also guide students to look into professions in the “outdoor” industry.

This led me to create a nonprofit, Historically Black University and Colleges (HBCUs) Outside which fosters community through a social presence, engages in consulting with companies on ways to become involved with HBCUs, and is developing a curriculum and plan to support A&T’s outdoor programs (while creating a template for other HBCUs to utilize). I honestly believe nature and being outdoors has the power to help people to be their best selves. I know this because I’ve experienced it. 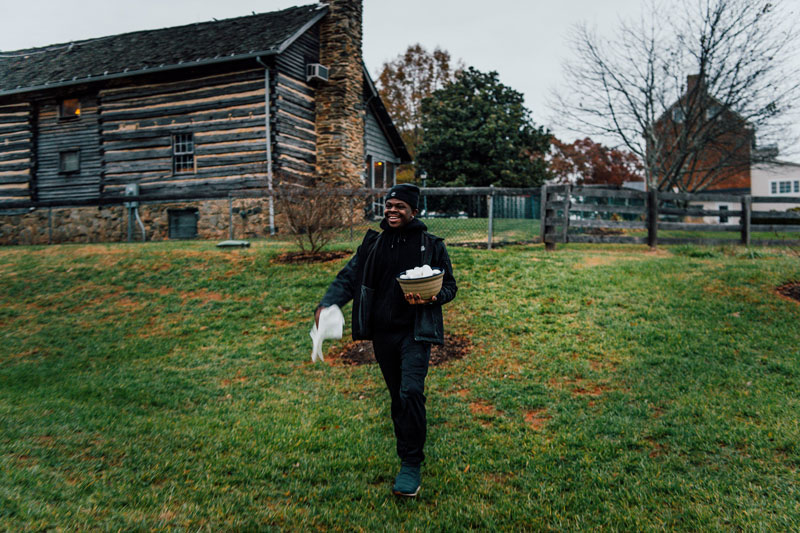 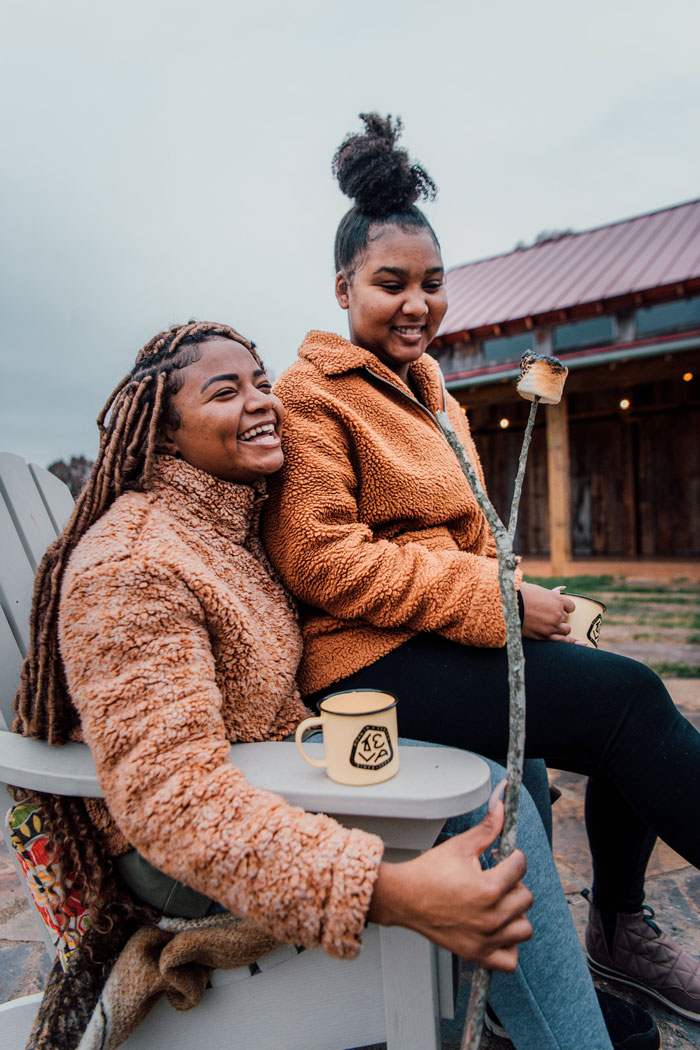 Since launching HBCUs Outside, most of the work has been administrative: taking calls, making plans, and attending meetings to reach the goals and initiatives of the program. I often forget that in trying to expose more people to the outdoors, it actually helps to grab a couple of people and venture outside. Recently, I did just that and decided to host a cabin trip for some students near the Blue Ridge Mountains in Virginia.

During the trip, I shared my story, aired my faults, and spoke about my mission with friends and students. I wanted to highlight the power nature had on my life, and how it drew me towards my mission. But mainly, my goal in sharing my story was to help them understand theirs. 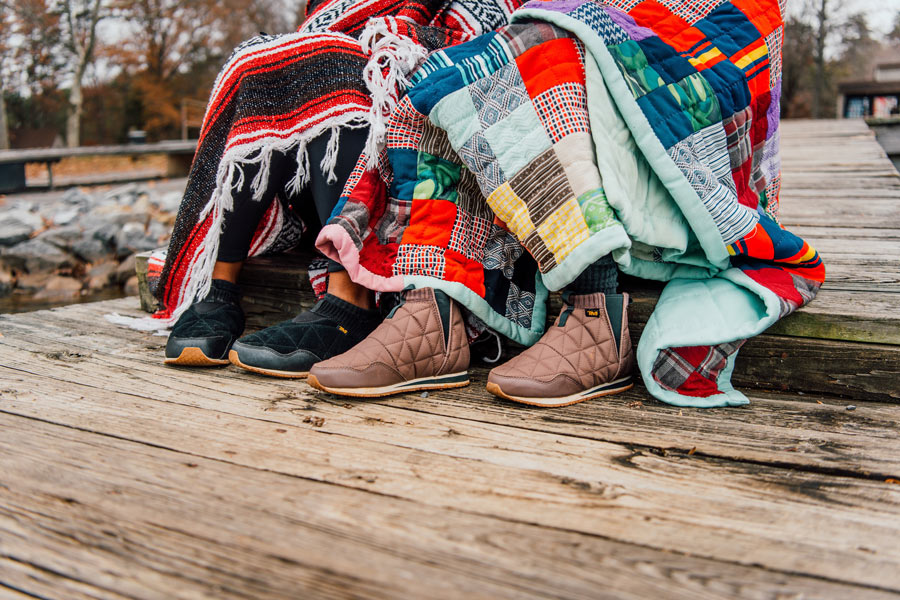 Like a puffy blanket for your feet: Ember Moc Shearling in Black and Ember Mid in Deep Taupe.

With the holidays approaching, Anthony McEachin shared what these HBCUs Outside experiences meant to him. As a recent graduate of A&T, and a busy personal fitness trainer, Ant expressed that he loves how trips like these make him slow down. “Being out here gives me thinking time— time to self-reflect. It’s the perfect environment for sobering up from life’s business and from our own expectations.”

Another participant, Ally Dean, a science student, and the student-leader for Aggie CORE (A&T’s Campus Outdoor Recreation Experiences program), mentioned how the retreat was euphoric in making her feel like a kid again. We over-roasted marshmallows, rolled in the fallen leaves, and playfully hopped hay barrels among other activities. “This is freeing,” Ally states. “With finals around the corner, it’s easy to become caught up in what we are doing. We forget that from time to time we need to recharge with an escape from the routine and fast-paced school environment.” 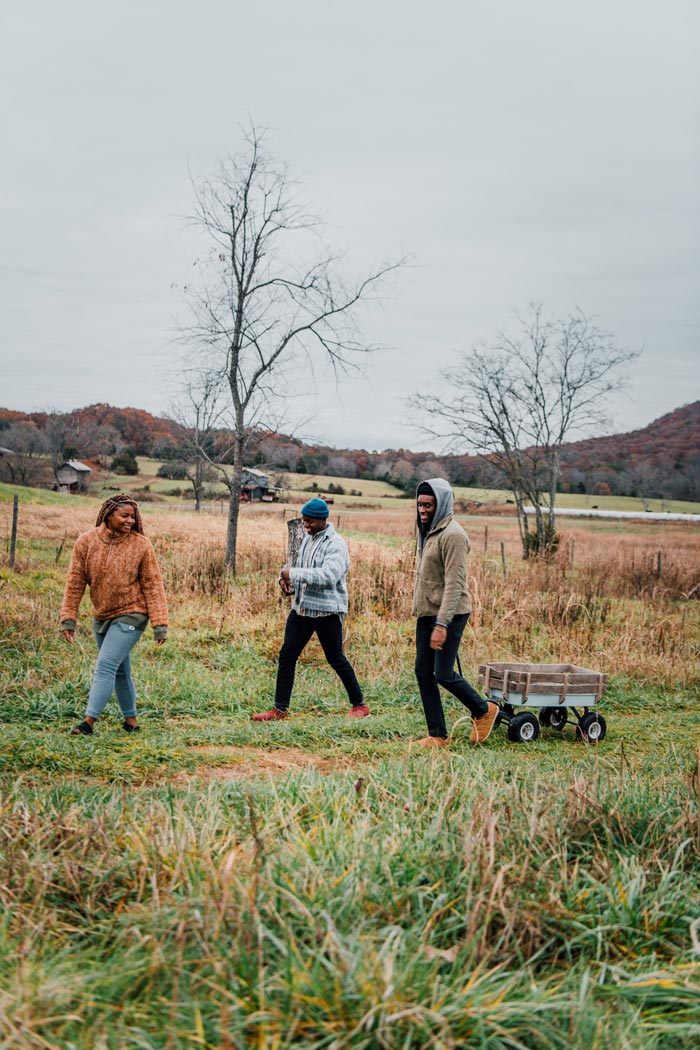 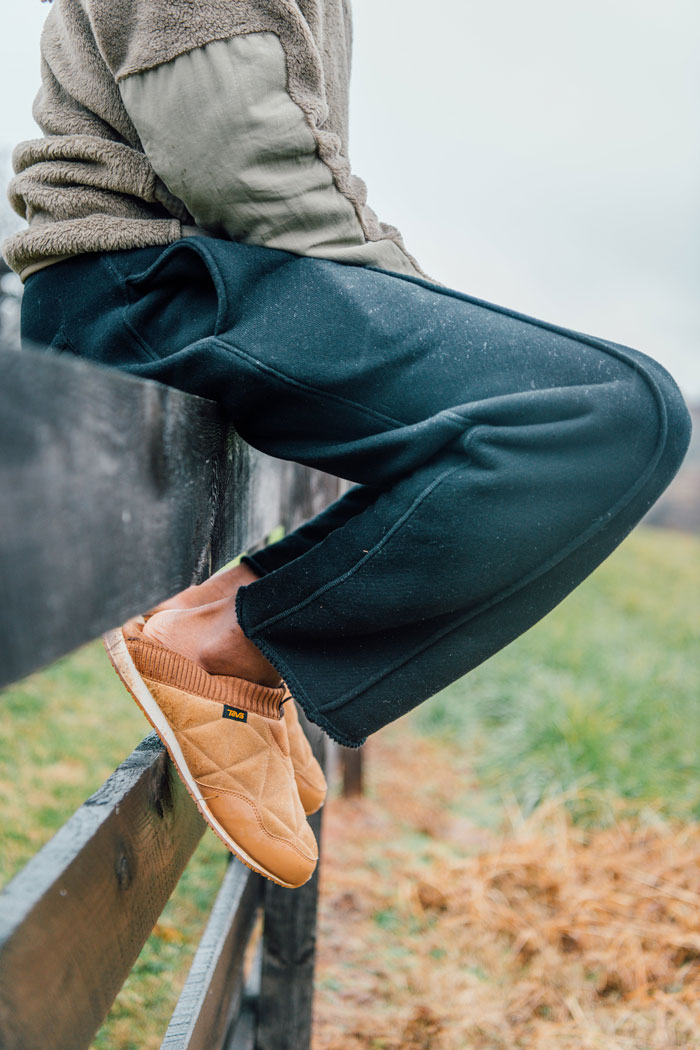 As we spent our last evening together in the cabin sitting by a prehistoric heater, I looked out the kitchen window into the autumn fields and I saw a reflection: the reflection of my students’ eyes full of curiosity and infectious smiles of joy. In these students, I saw the reflection of the child I once was, looking for someone to show me more or just someone to experience it all with.

After all of the adventures, and the trials and tribulations of growing HBCUs Outside as a non-profit organization, there’s one thing I’m most certain about: I’ve become the person I needed when I was younger. And if nothing else, that is why I see what I do as important. 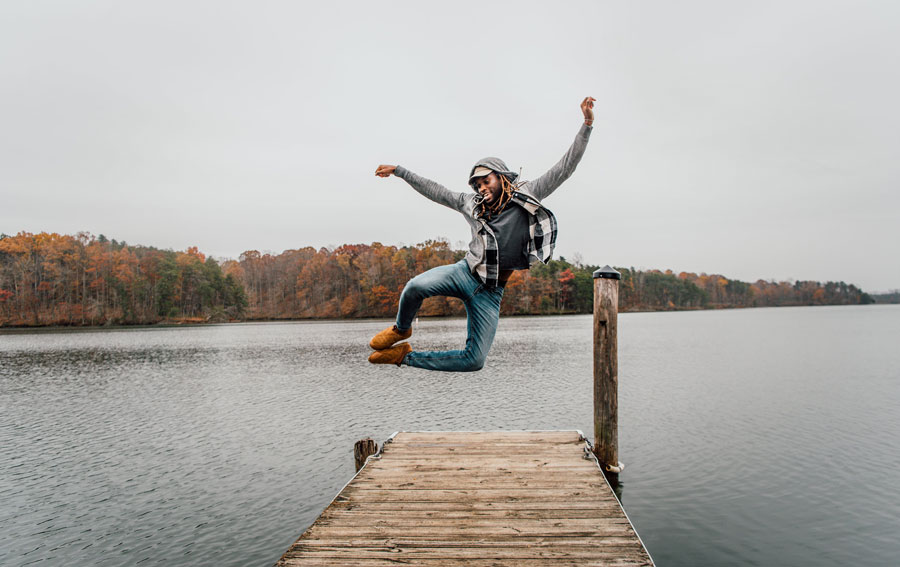