Words and photos by David Waugh of Sasquatch the Bus.

As soon as this year’s lineup was announced, my fiancé started asking if we could go to Coachella. Extremely hesitant and not nearly as excited as she was, I would tell her through clenched teeth “Of course!” hoping that the excitement would dissipate and the idea would fade. The festival was only a month away when she asked me again, this time with a different sort of seriousness, and the next thing I know, I’m on eBay buying wristbands. 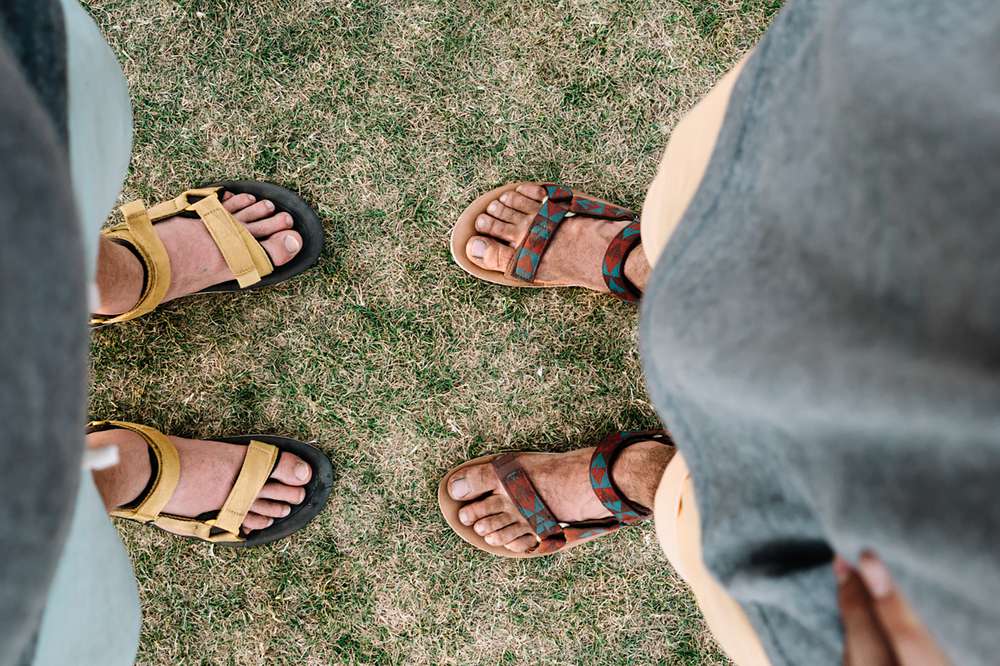 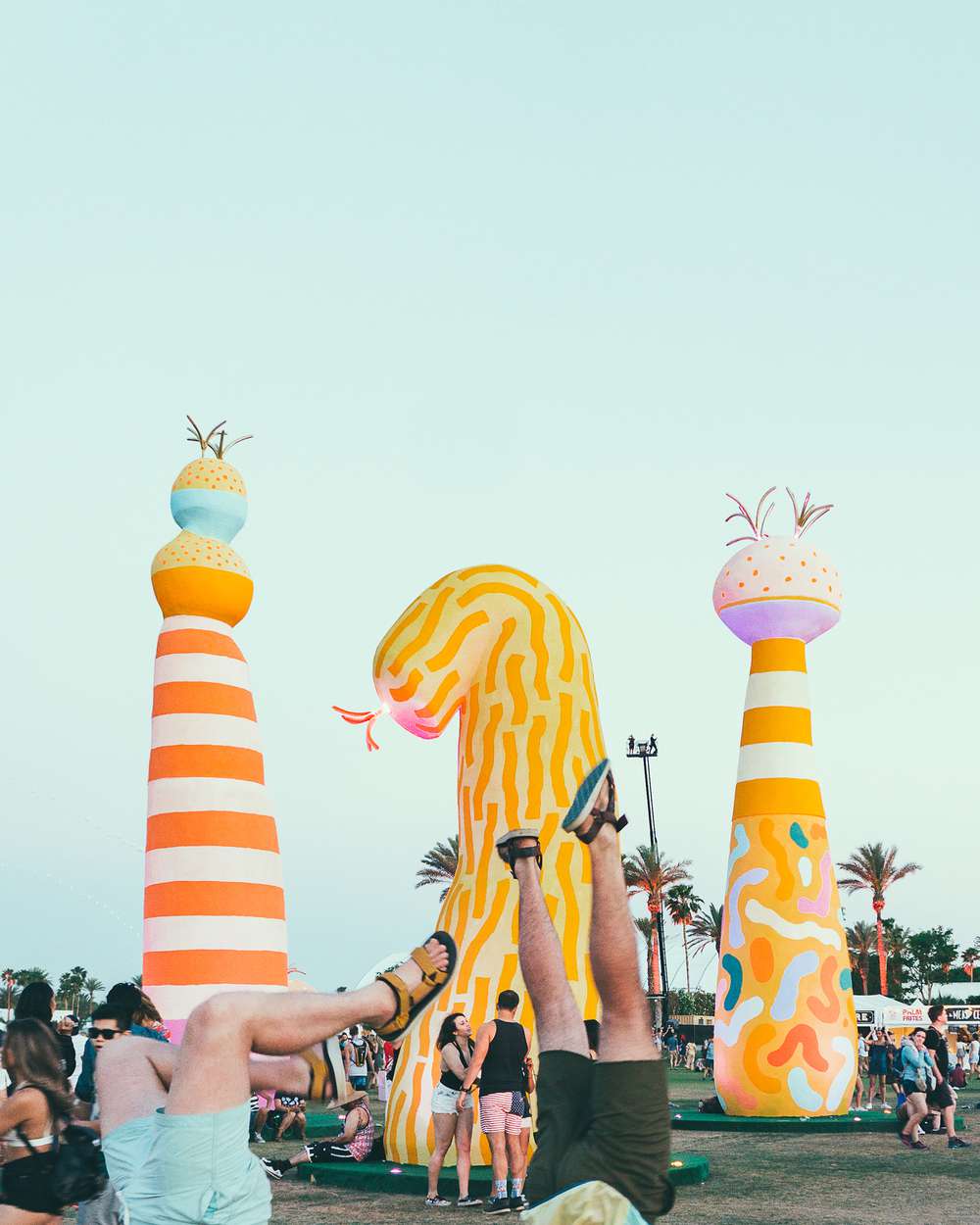 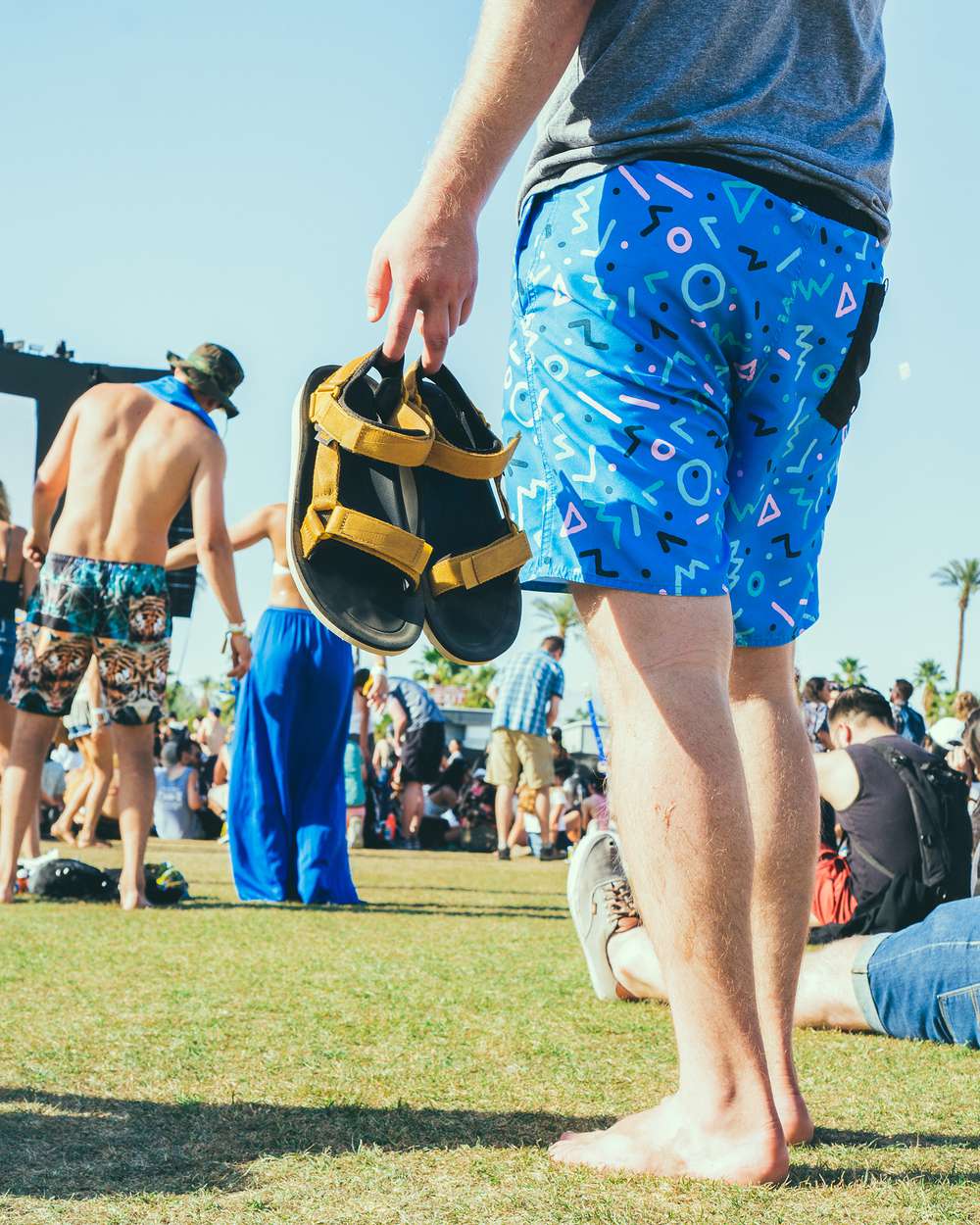 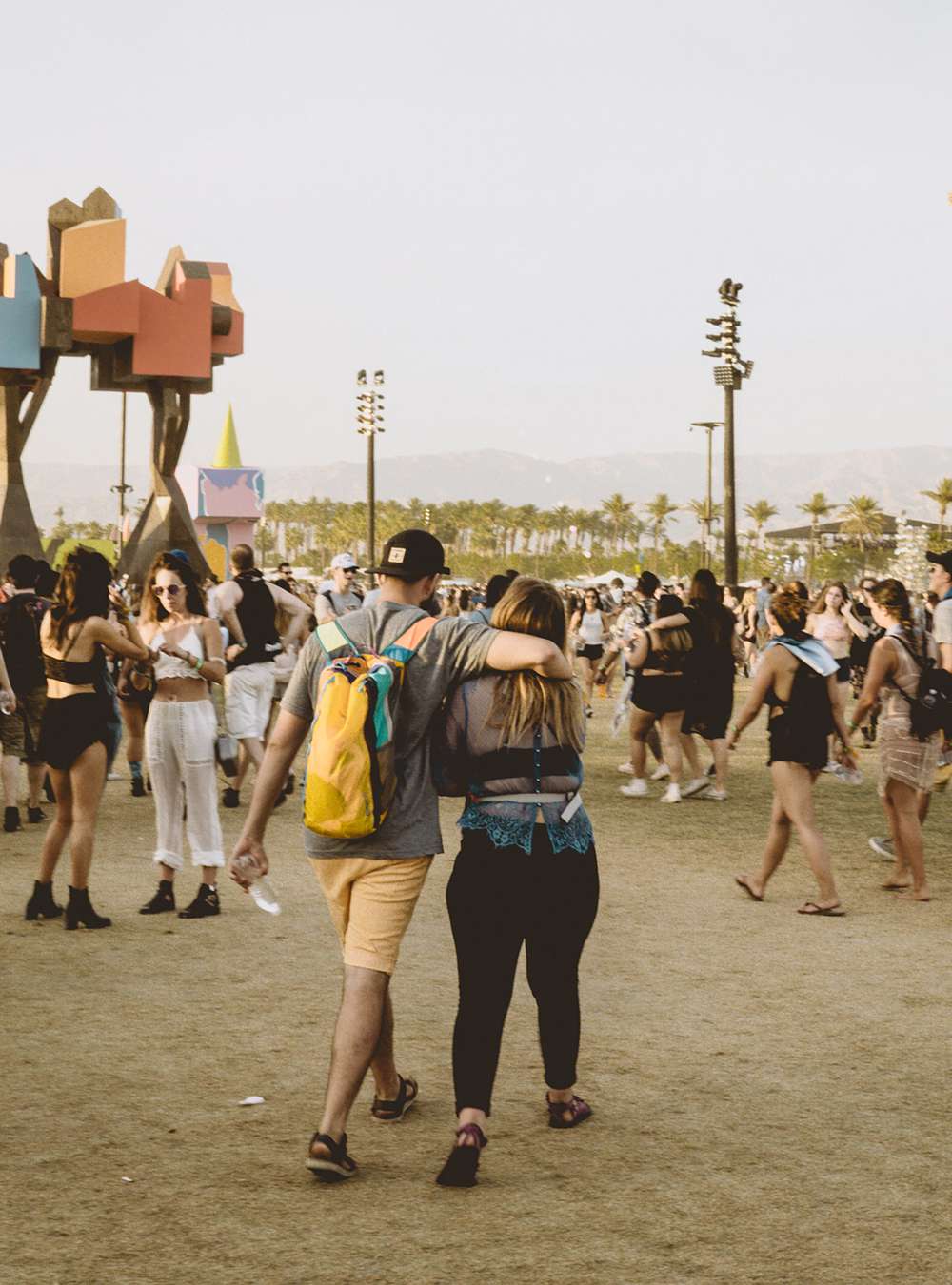 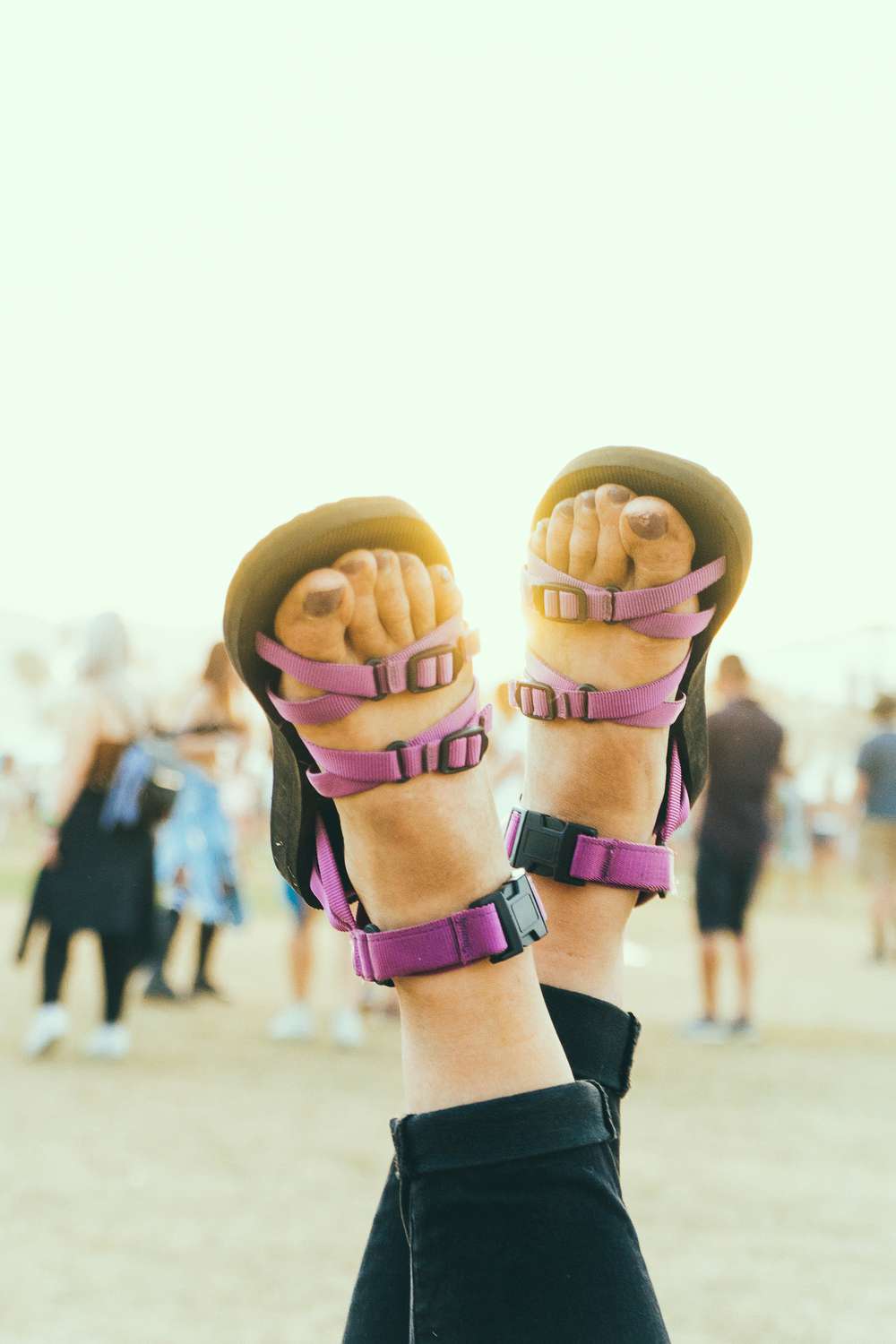 Coachella is a music and art festival in Indio, California. It has become a destination event for people all over the world—this year was record setting with more than 125,000 attendees for the three-day event.

Brad grew up in Southern California less than an hour away from the festival grounds. Coachella was always a hot topic during spring.

“I had friends that would skip school to go and always return with fantastic stories about our musical heroes,” he told me. “Since then, Coachella has always been this allusive idea in my mind. In the spirit of trying to get out of my comfort zone this year, I decided to go to this year’s music festival. Granted the decision was pretty easy since I was going with the Sasquatch Squad and this year’s lineup was badass.”

“Even the food we ate was an inspiration, animal-cook waffles, Japanese-inspired hot dogs, churros rolled in Fruity Pebbles.”

It’s difficult to find words to describe being at Coachella. Despite all of our planning and pre-fest excitement, I wasn’t really sure what to expect from my first Coachella experience. Everything is massive: the stages, the art, the number of people…everything. It takes being there in person to see the scale and to feel the hype—in all honesty, I had a type of spiritual experience. To be surrounded by 125,000 unique people, whom you’ve never met before and will most likely never meet again, is an experience everyone should have. 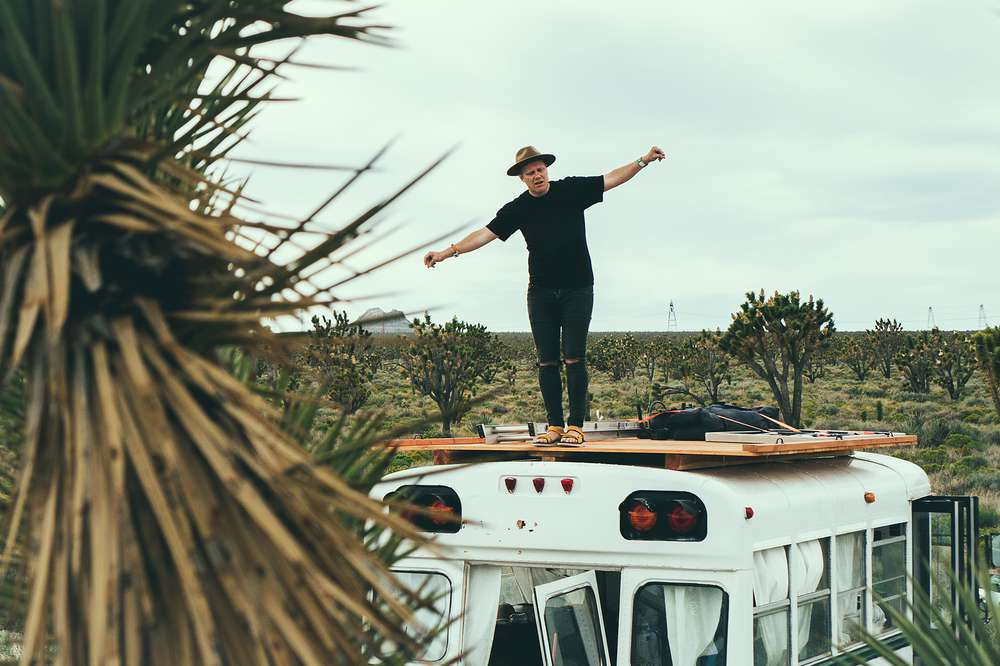 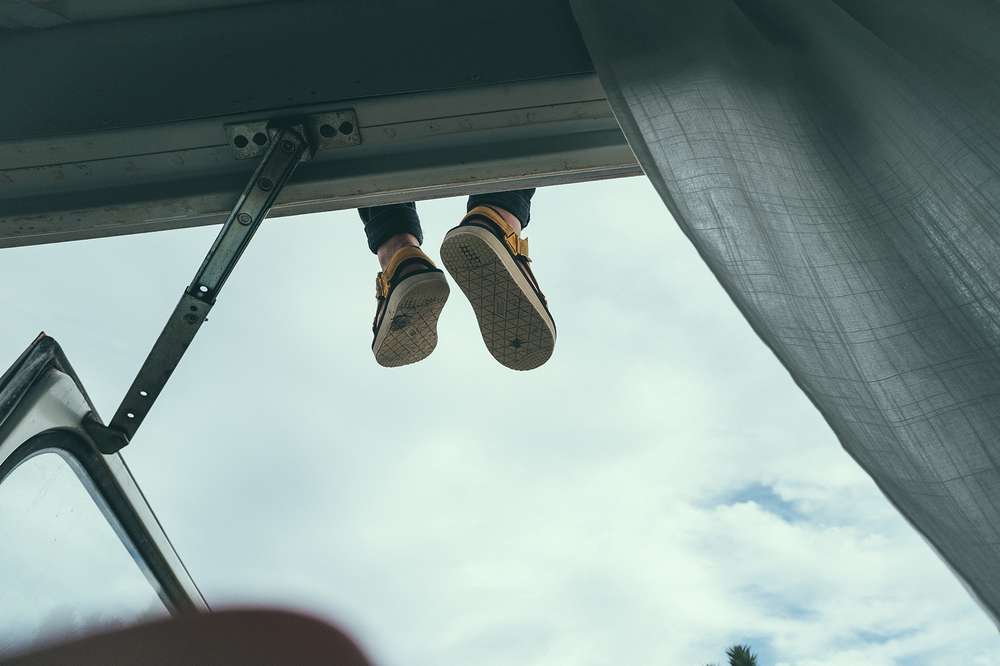 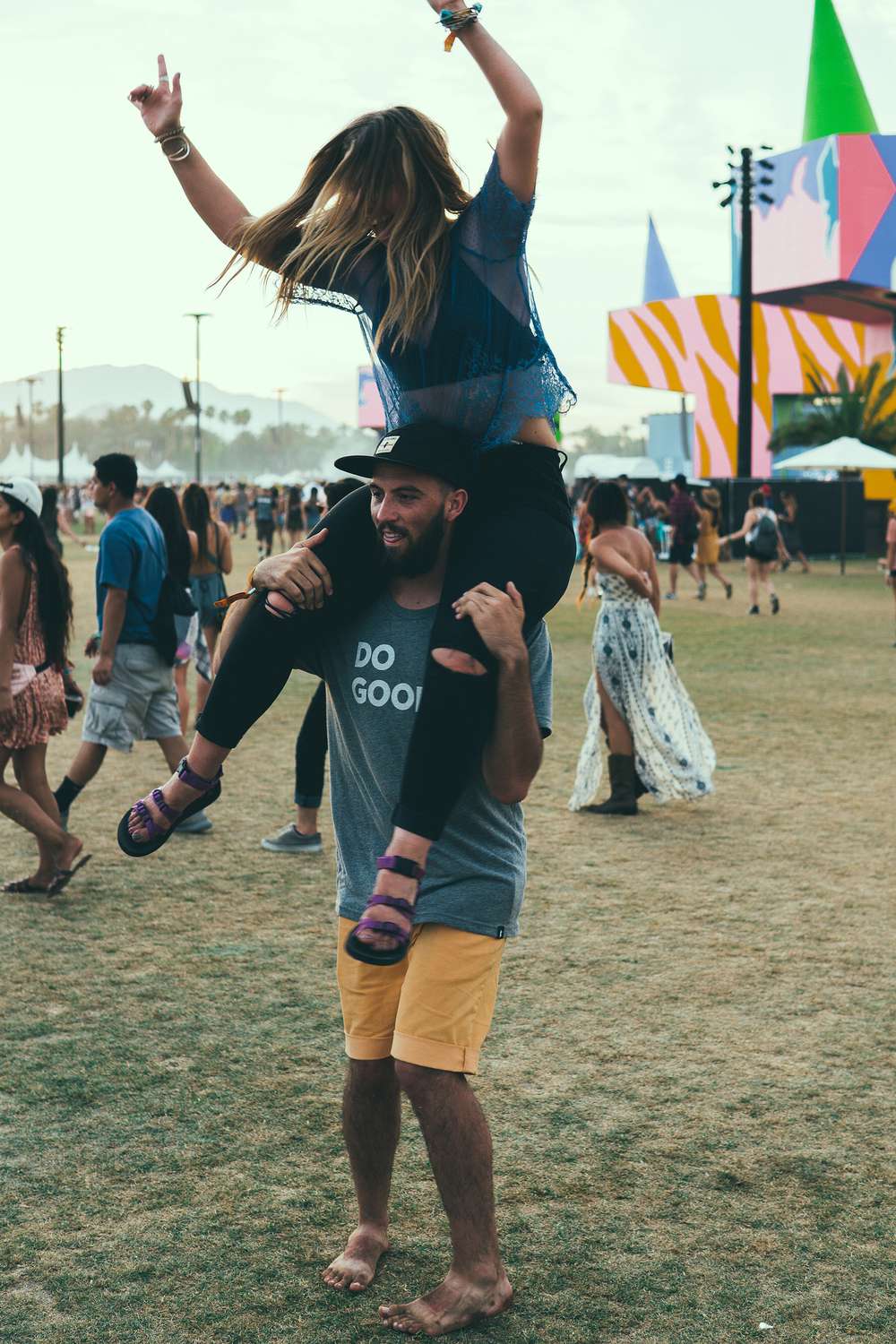 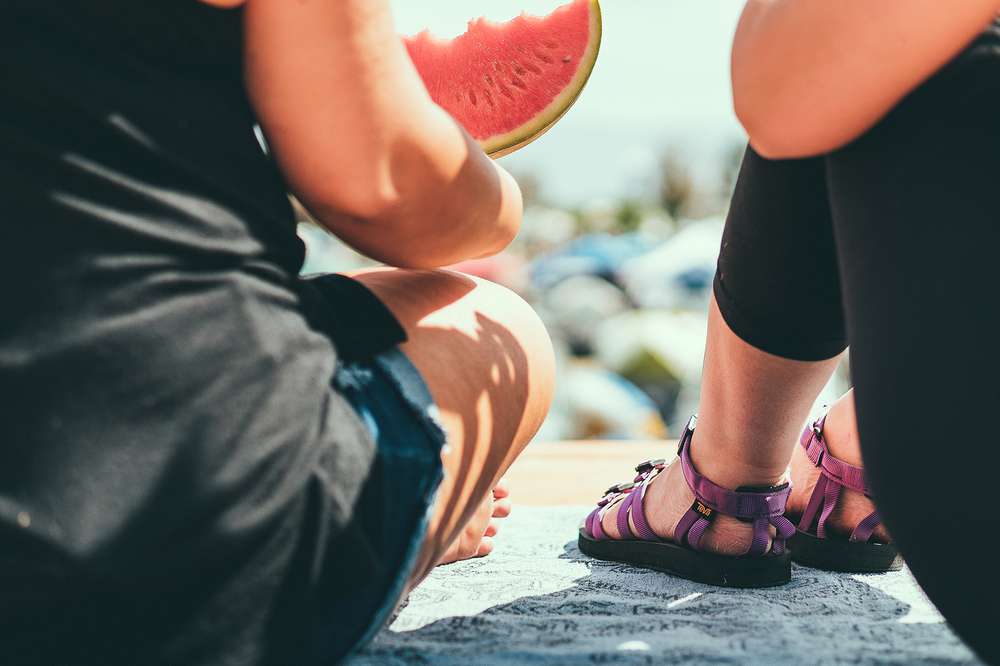 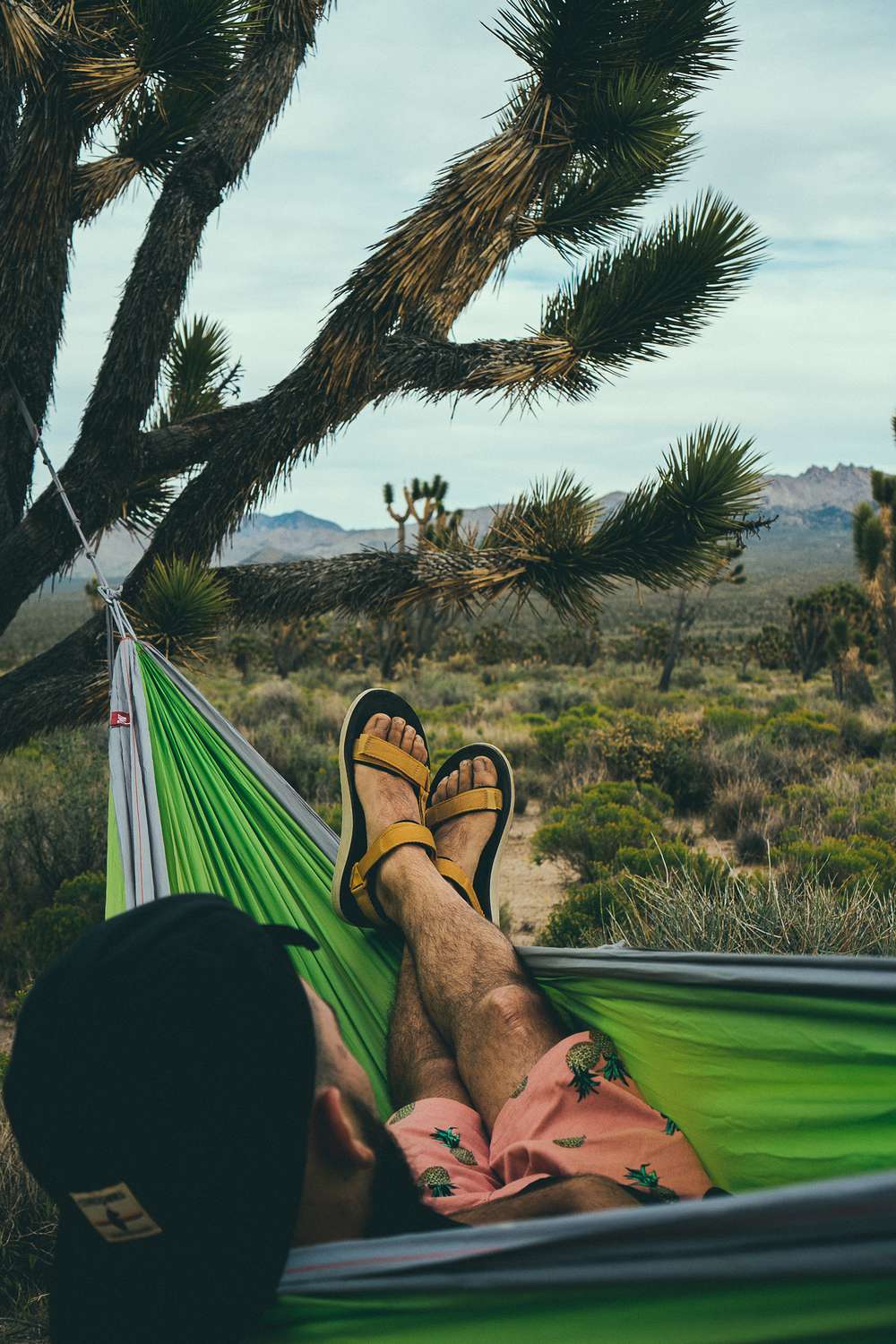 At the end of every day we were exhausted, unsure if we would be able to make the half-mile walk back to the campsite. We wore ourselves to the ground this weekend and it was amazing. Three full days of 100 of the best artists the world has to offer was an inspiration—even the food we ate was an inspiration: Animal-cookie waffle with animal-cookie butter is a game changer. Japanese-inspired hot dogs blew my mind. Pizza. Churros rolled in Fruity Pebbles and served with ice cream, get out of here.

“Some advice for future Coachella goers: The desert can be brutal and it’s better to have something with you and not need it, than to not have it, and need it.”

And, of course, the music: Bon Iver gave us all the feels, Thundercat gave us the funk, Kendrick Lamar the hype. Grouplove was incredible live and Phantogram left us speechless. The music was incredible and well worth the road trip. 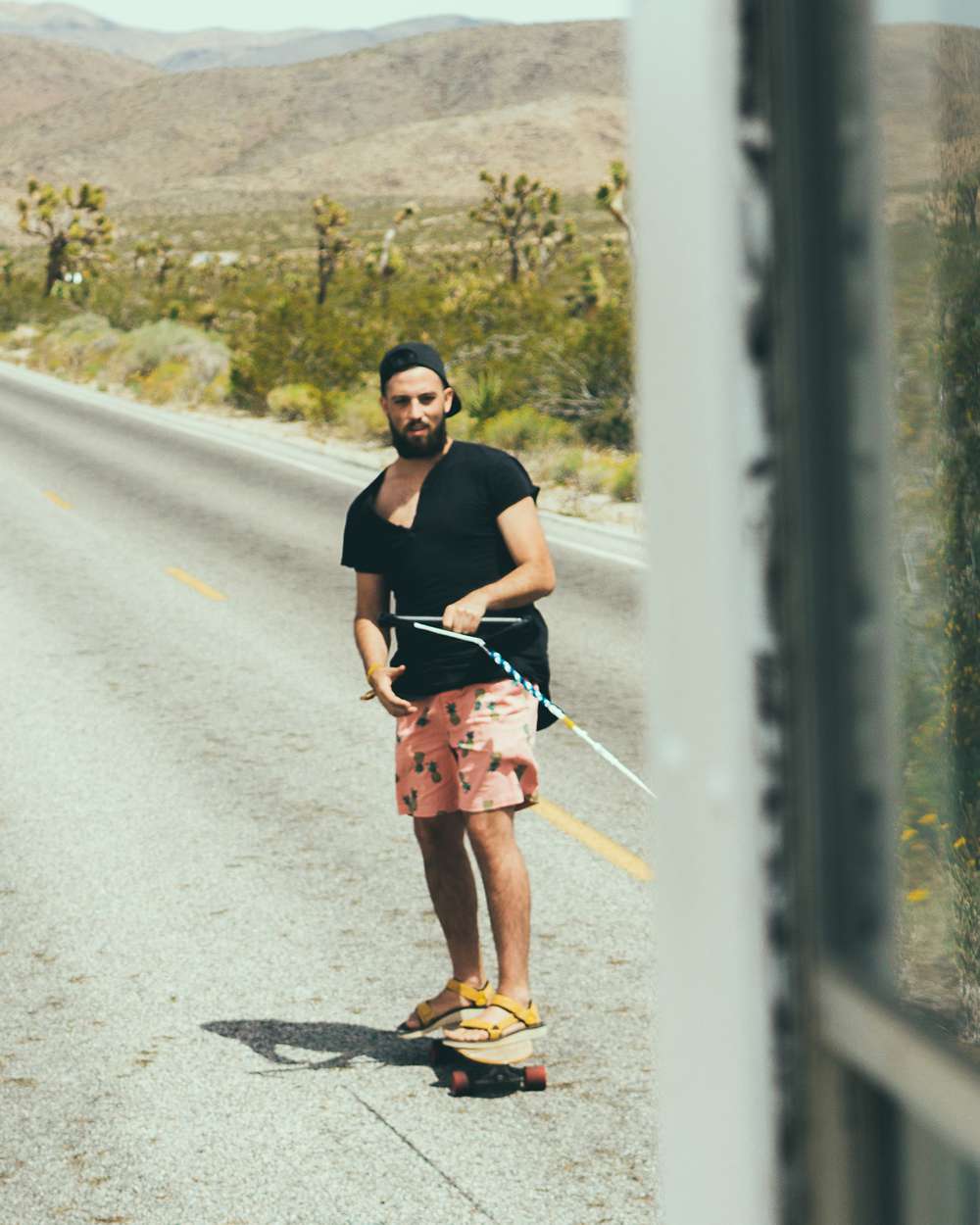 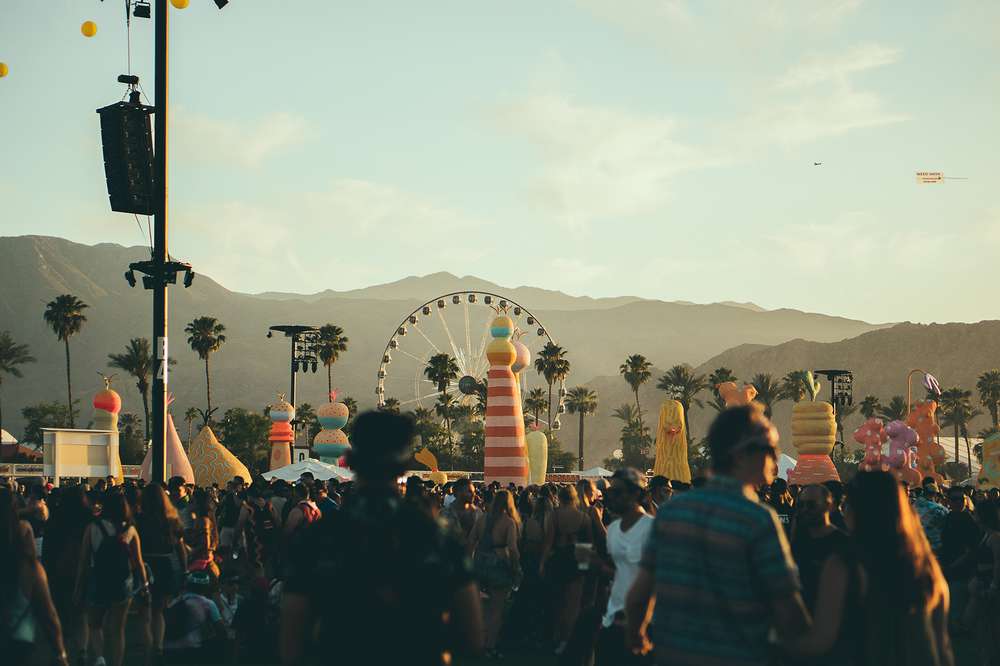 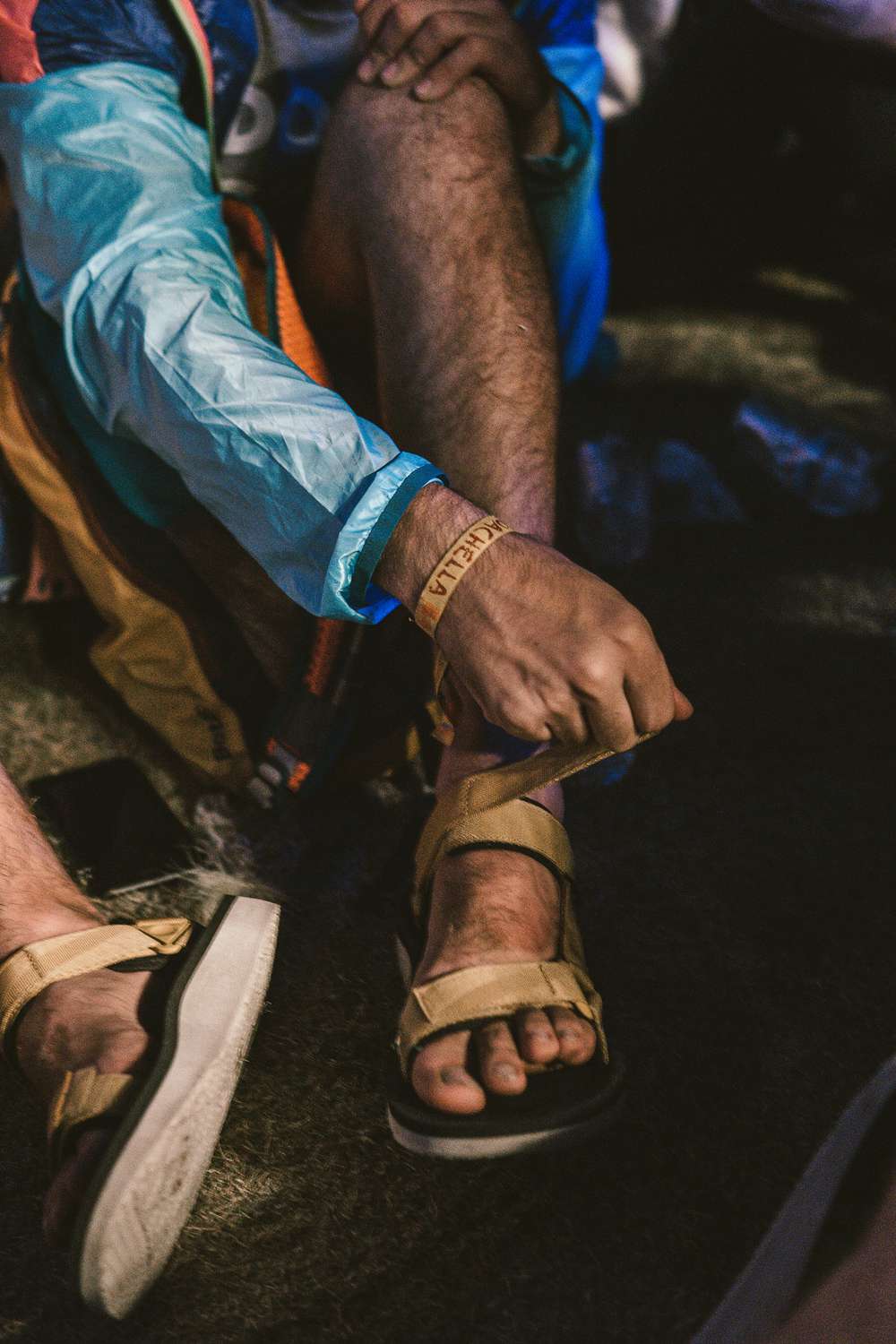 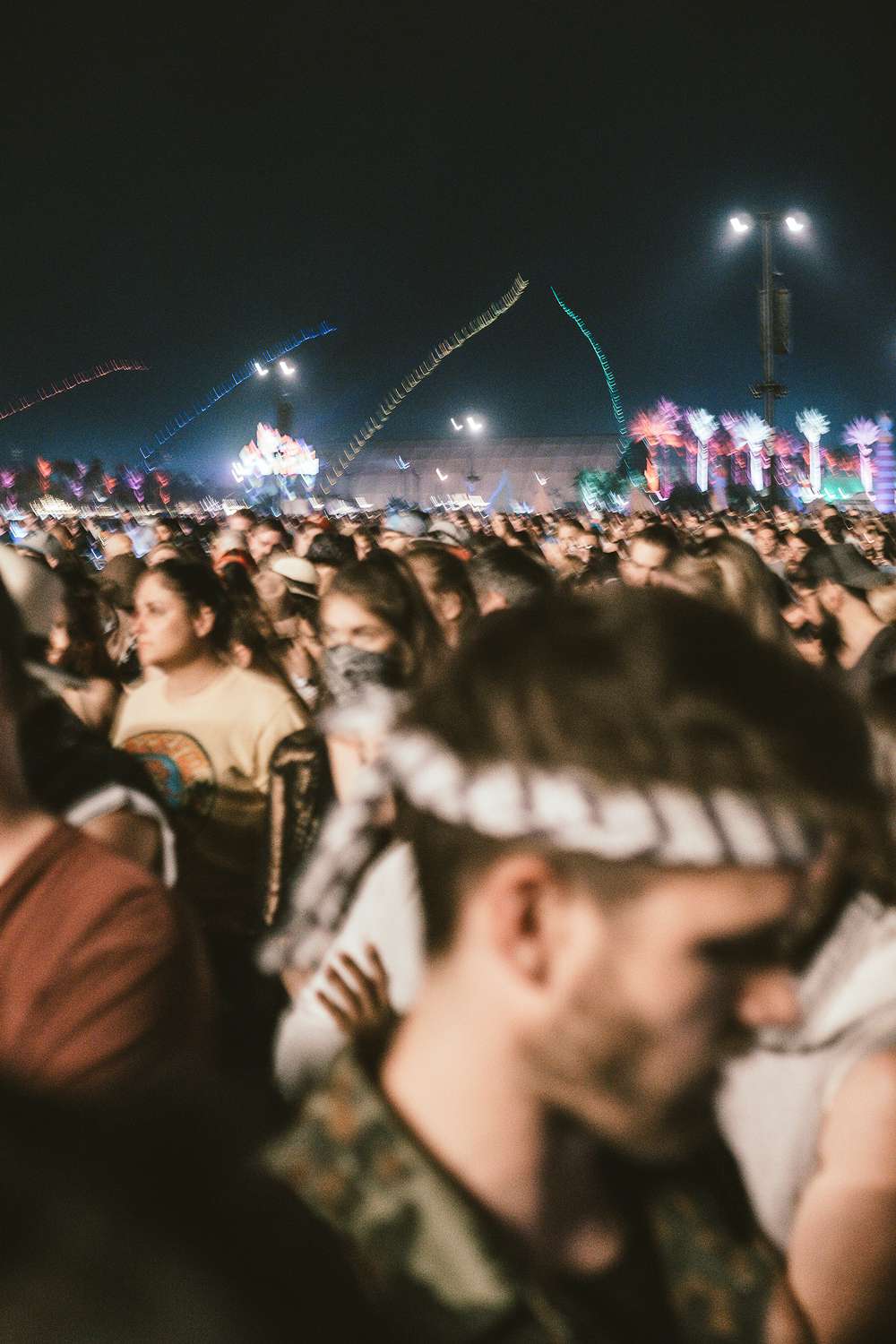 Thanks to Callie, who is a Coachella veteran, we were able to secure a bomb camping space.

“This year was my third time car camping at Coachella and by far the best,” she says. “When I went for the first time, the only thing I brought was a tent and a sleeping bag—it was rough. The second year I got a little smarter and brought a cooler along with some ear plugs to block out all of those after parties at night. This year we nailed it, all thanks to Sasquatch The Bus. Sleeping in the bus at night was so nice. It blocked out the gusts of wind, the loud parties, the chilly air, and had nice comfy mattresses. We had ten feet behind the bus to set up a more livable area.”

“Listen to bands that you’ve never heard of. And spend the 10 dollars for an ice cream cone. When the weekend is over, you’ll only regret the things you didn’t do.”

Some advice for future Coachella goers: The desert can be brutal and it’s better to have it and not need it, than to not have it, and need it. Read the festival rules so you’re aware of what you can and cannot bring into the camp ground and festival ground. This is our list of must haves to have the perfect festival camping experience: 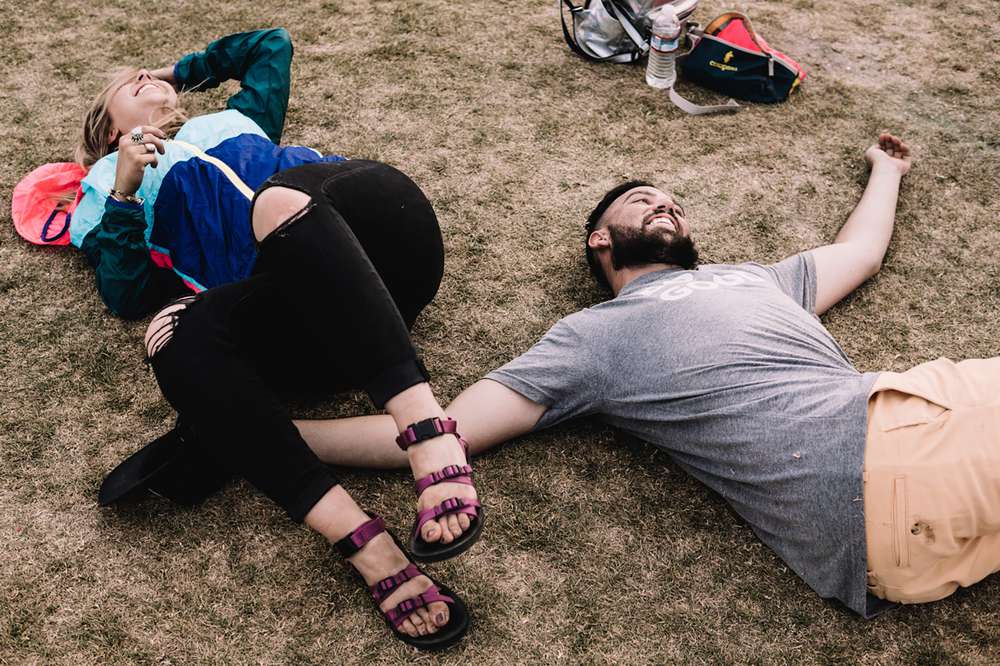 With so much to do and see, Coachella can become overwhelming extremely fast. There are seven stages with live music playing all day long. There are incredible art pieces everywhere for you to enjoy. Slow down and just let it happen. Don’t confine yourself to a strict schedule because you will miss out on the moments and experiences happening right in front of you. Enjoy being with your friends in a unique environment. Listen to bands that you’ve never heard of. And spend the 10 dollars for an ice cream cone. When the weekend is over you will only regret the things you didn’t do.

Get geared up for festival season with our Festival Guide at Teva.com, then #StrapIntoFreedom for weekend two of Coachella on Instagram @Teva.com.