We all have different lives—different day jobs, different hobbies, different passions—but if there’s one thing we can agree on, it’s this: we like a good story. Meet the men and women living those spontaneous adventures that make for the best of them in our on-going series, #TevaOriginals. 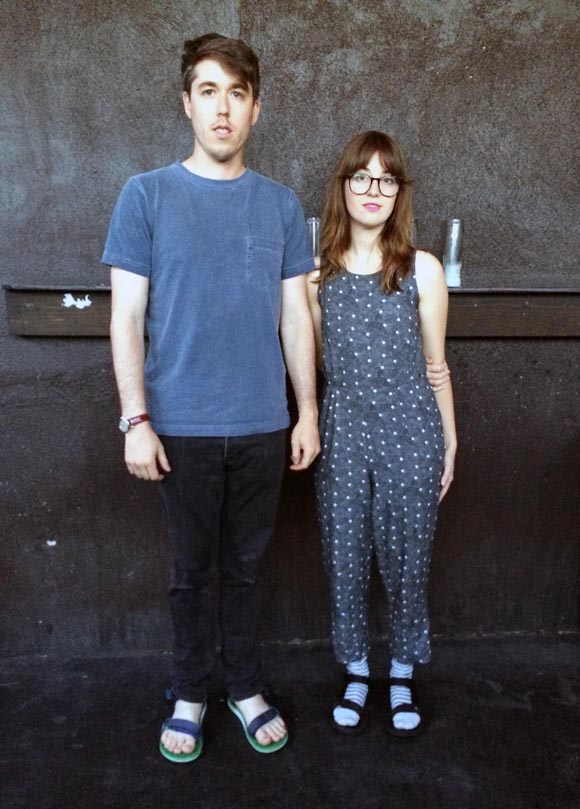 Bonnaroo approaches, and as the rest of us prepare to play that time-honored game of “shuffle shoulders” vying for a front-row spot at our favorite shows, Zinzi Edmundson and Jesse Kivel, both 28, are fully prepared to skip the madness. “We’re pretty in agreement on this one, in that, we both aren’t very into music festivals,” says Edmundson. “They are exhausting and filled with other people (yikes). We’d much rather go to a normal show or even not go to one.”

It’s actually kind of refreshing to hear considering the duo are the real-life couple behind the band Kisses, generating mellowed out yet highly danceable tracks from their LA digs (seriously, if you haven’t heard of them, consider “Bermuda” your Kisses starter kit). So if the three-day exodus of loud crowds, crop tops and earplugs isn’t your jam—or you didn’t score tickets—take heart: even the starring acts occasionally need a breather. Meet Kisses now:

When did the two of you meet?

We met when we were basically children, my first week of college.

Which came first: the first kiss or the first album?

The first kiss came way before. We were dating for a couple of years before attempting to collaborate!

What album was the soundtrack of your teenage-dom?

I was pretty heavily into No Doubt, bleached hair and all. Jesse was/still is too involved with Oasis.

What’s a typical live show look for you?

Jesse’s show get-up is a mock turtleneck for colder climes; aloha shirt for warmer. Pretty standard. I have a whole smattering of things I wear, but they always seem a little weird IRL in Los Angeles, where every other person feels like they’re still in their PJs.

Which music festival do you try to avoid?

Phones! It’s tough, because a person could be on Twitter or wherever saying, “OMGX, I love Kisses SO MUCH. #killingit,” but when I see their faces illuminated out there in the darkness, rage sets in.

Tell us something funny or weird a fan has done.

Once a fan intentionally groped Jesse during a stage dive and then came up to me after the show, nearly in tears, to apologize. She said we were her favorite band and she was very upset. Poor girl. Grope away, I said! Also, sometimes people get lyrics tattooed and that’s always a weird time.

I want to say that since it’s terrifying to perform in front of other humans, that no show is unsuccessful because the performer was doing something maybe seemingly impossible. I will also say that Ryan Adams around 2004/5 was God-awful.

What keeps you feeling creative?

What’s the best spontaneous adventure you’ve ever had?

Once I drove to Palm Springs for a chicken salad with my friend Lizzie. It was weird, one of the first times we’d ever hung out, and, I found out later, secretly just a dare to see how game I was for things. I guess I’m pretty game for chicken salads.