The idea was simple: a holiday rendezvous in the desert. Twelve friends, a decade removed from college, reuniting in southern Utah to trade stories, hike canyons, build fires, sleep under the stars, and celebrate each other. We set our sights on Zion National Park but we could have gone anywhere and we’d have been just as happy. What mattered was time together, fresh air, and making some mischief.

My friends and I met playing Ultimate Frisbee at Carleton College, a small liberal arts school in Minnesota. Since graduating, we’ve dispersed across the country to Boston, New York, Alaska, Montana, Oakland, Minneapolis, and Denver, and over the years the group has loosely stayed in touch, some better at it than others. We see each other for weddings, class reunions, and the occasional work trip to another city, but I wanted to bring us together for a long weekend in Zion and frankly, it was easier than I’d guessed. 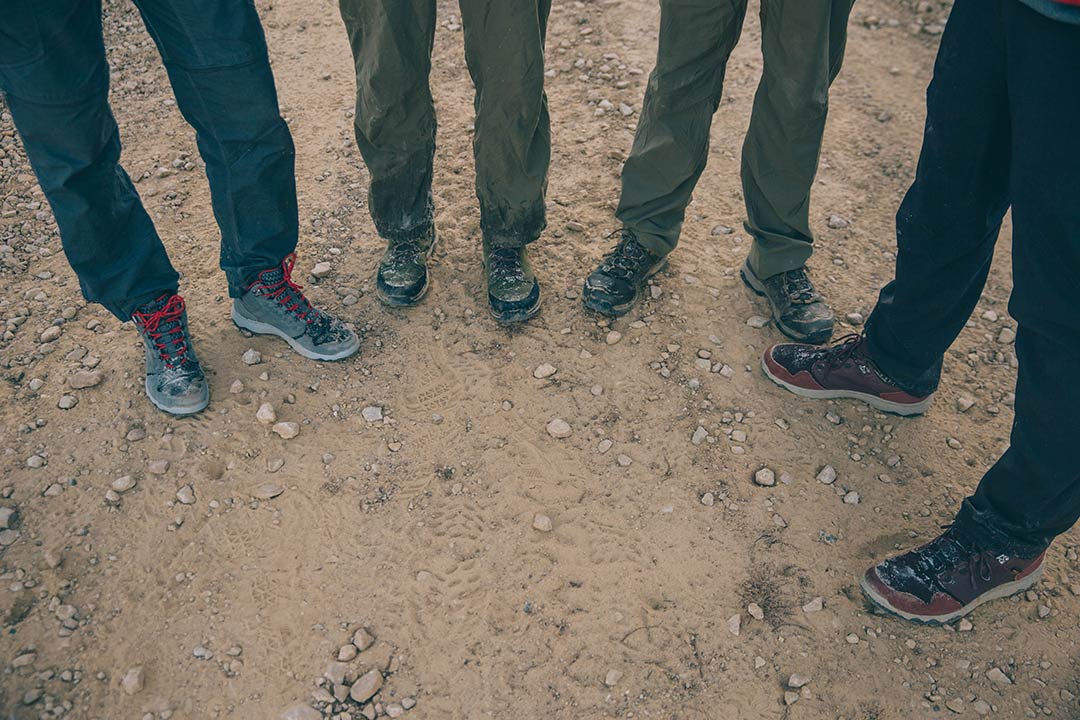 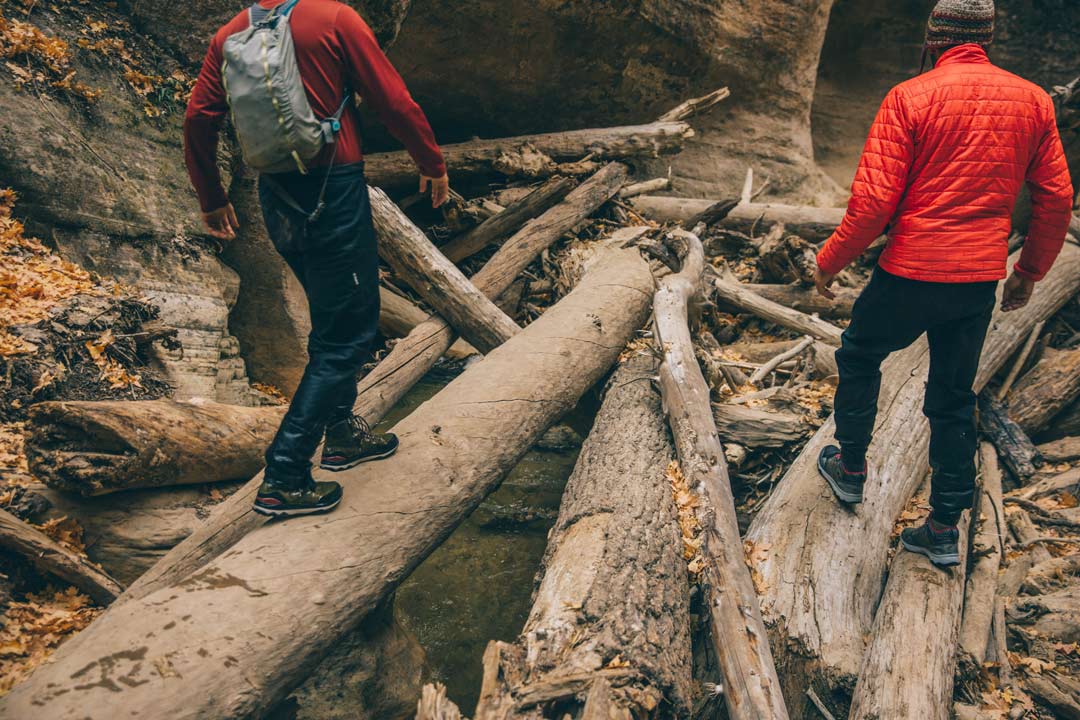 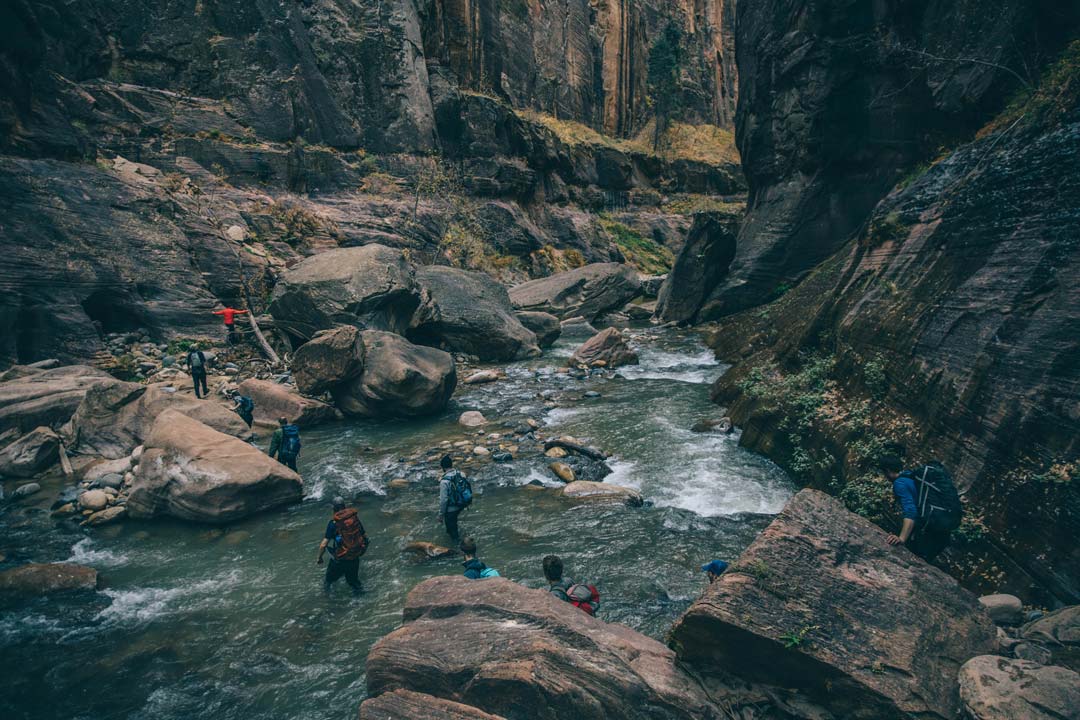 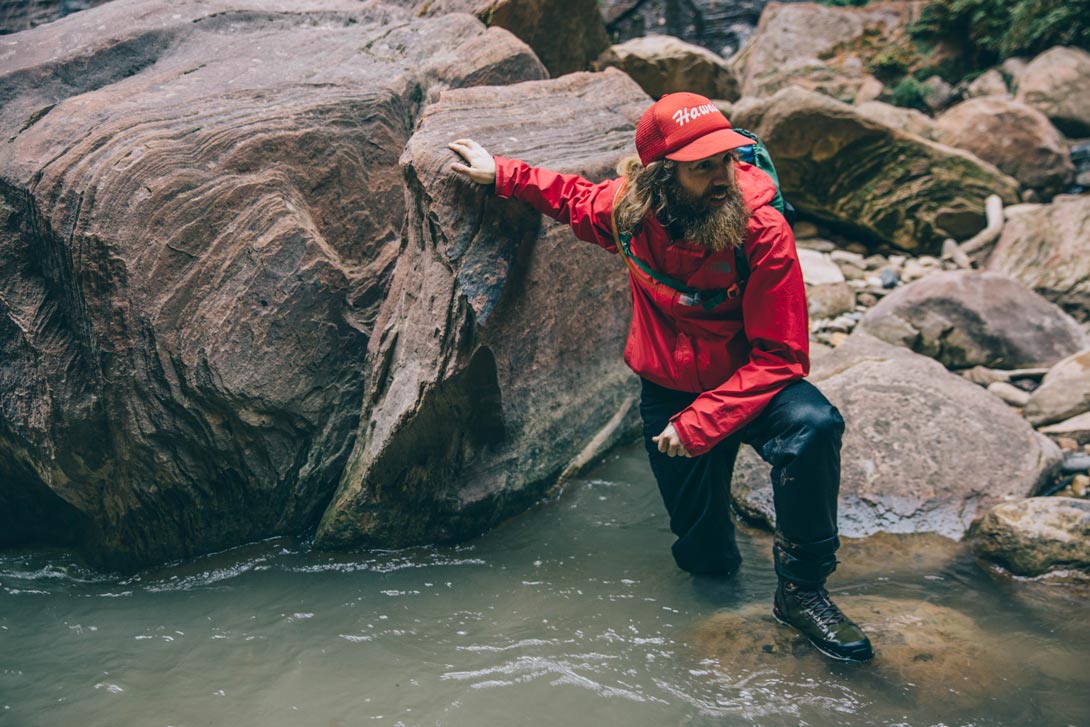 Two months ago, I sent a few texts and a handful of emails with a vague itinerary, a basic gear list, and some old inside jokes. Energy soared, plans materialized, and flights were booked within a week. Even our old coach joined as a surprise for the group. At first I was surprised that everyone showed up, but I should have guessed it: The loyalty among the group is palpable. When someone calls, you answer. While we have pursued divergent careers, made new friends, and settled into unique lives, some things haven’t changed. I’m thankful for it, too.

“The value of these things fade; they go unused, or trick you into buying more. Time and energy should be invested in friends and adventures.”

With the holidays approaching, I’ve been reflecting on how I got here, what I’ve learned in the last couple years, and what I can do better in the future. It’s a personal project that I’d challenge everyone to try. Find a notebook, scribble a few thoughts before you go to bed, repeat. If you stick to it, you’ll be surprised what you get in return. 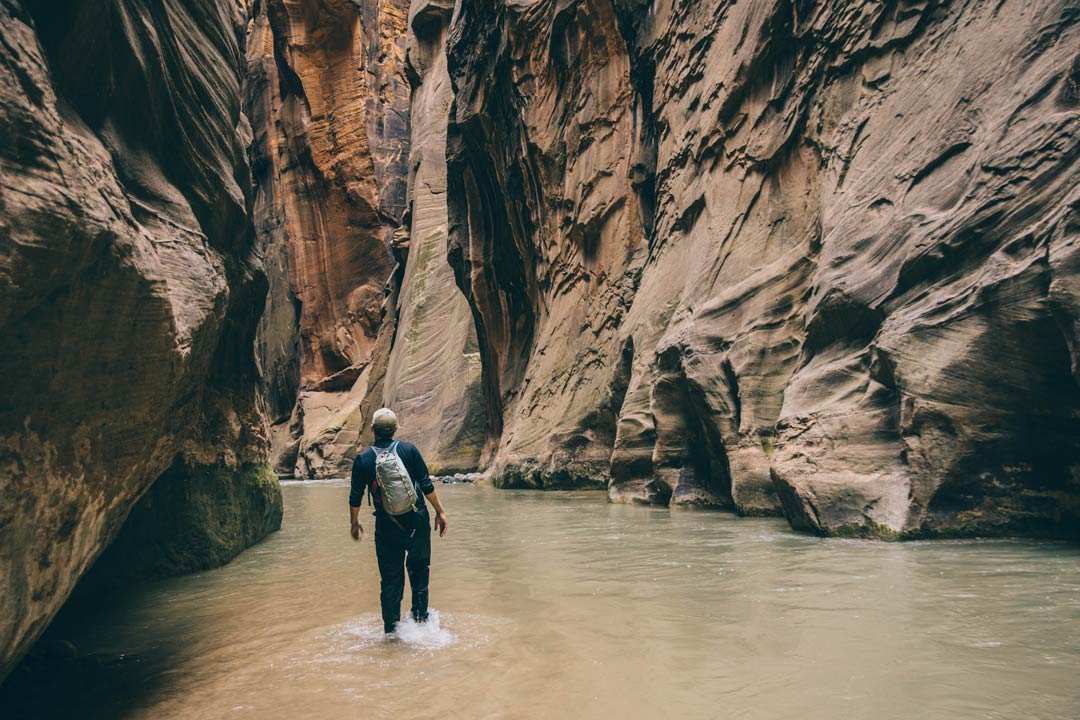 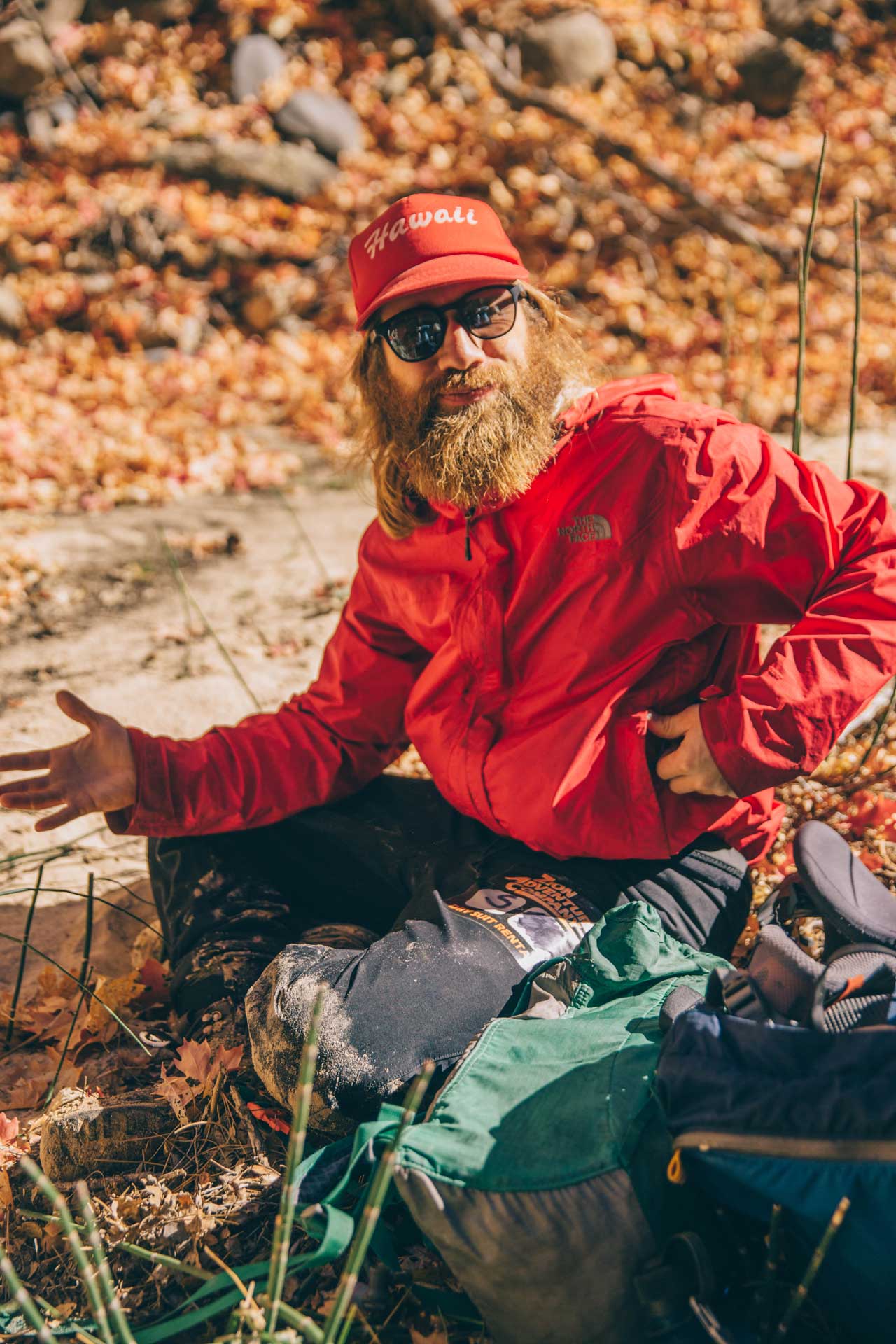 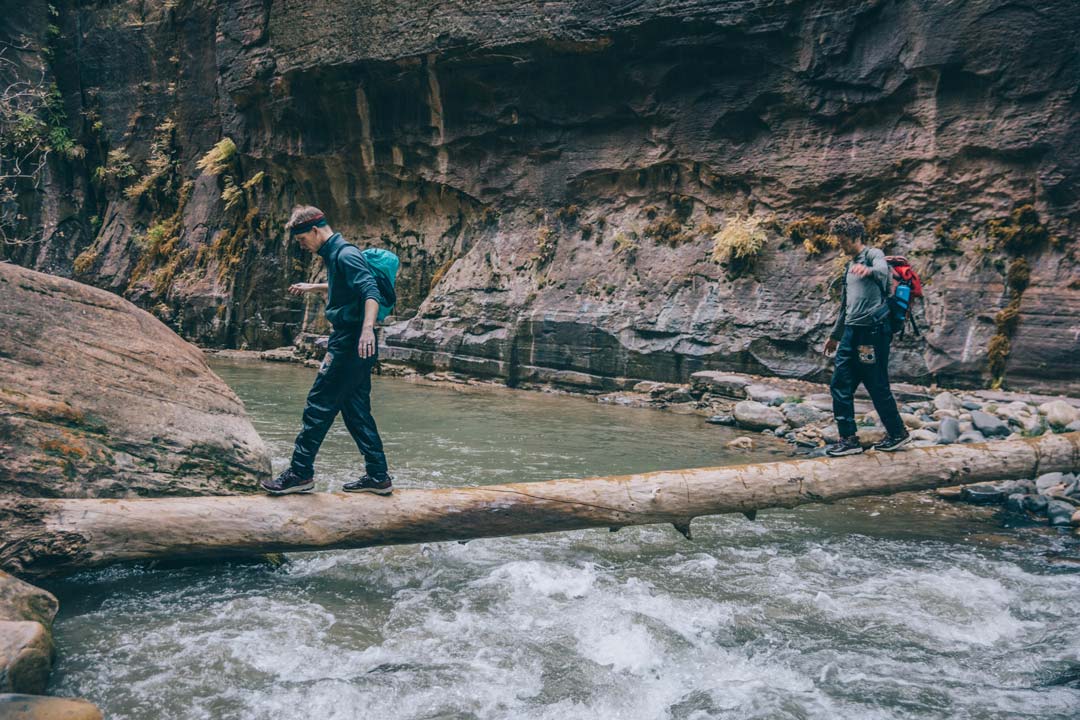 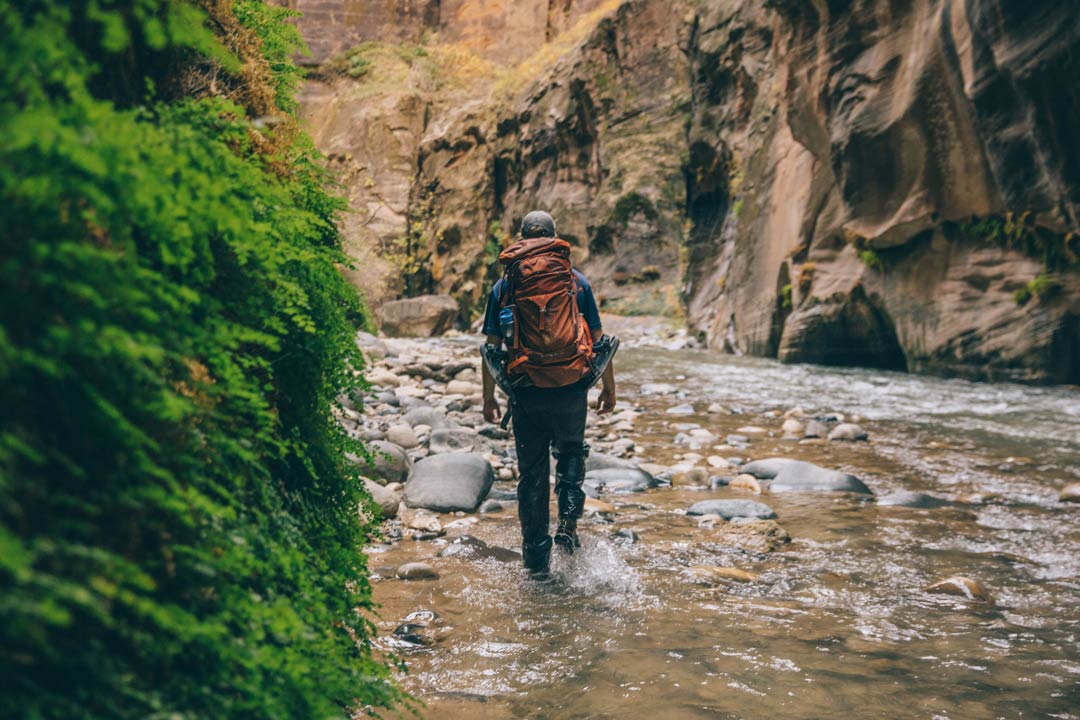 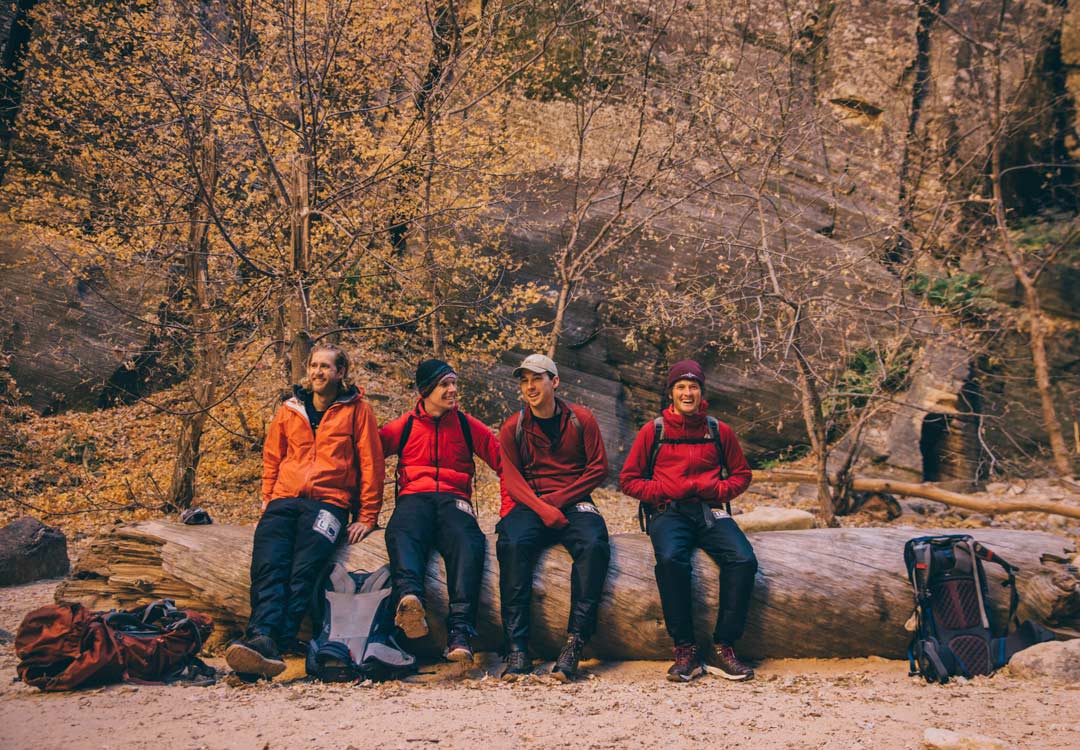 One thing has routinely come to the surface for me is that these are the things that matter: friends, family, and good tacos. These are the things that don’t: fancy cars, owning a house, eating at nice restaurants, Netflix subscriptions, new clothes, ice cream, strong Wi-Fi, soft beds, and showering. The value of these things fade quickly; they go unused or trick you into buying more. Time and energy should instead be invested in friends and adventures.

We camped on BLM (Bureau of Land Management) land on that Friday night, just outside of Zion National Park. We rose before the sun, drank instant coffee, and shuttled cars to the top of Zion Narrows, a 16-mile hike that descends one of the largest slot canyons in the world. In early November, the water in the Narrows is cold — roughly 40 degrees — and the ambient air temperature wasn’t much better. The first few miles were the hardest before our feet went numb and our minds warmed up to the idea of a suffer-fest.

“The first few miles in the Narrows were the hardest part, before our feet went numb and our minds warmed up to the idea of a suffer-fest.”

We took breaks to warm up and eat peanut butter and honey sandwiches. Despite wading in frigid water for most of the day, attitudes remained high and laughter and conversation was nonstop. We got to the end a few hours before sunset and rode the bus down Zion Valley, enjoying the break for tired hip flexors and sore ankles. Back at the campsite we feasted on burritos and built a large fire to warm cold feet. 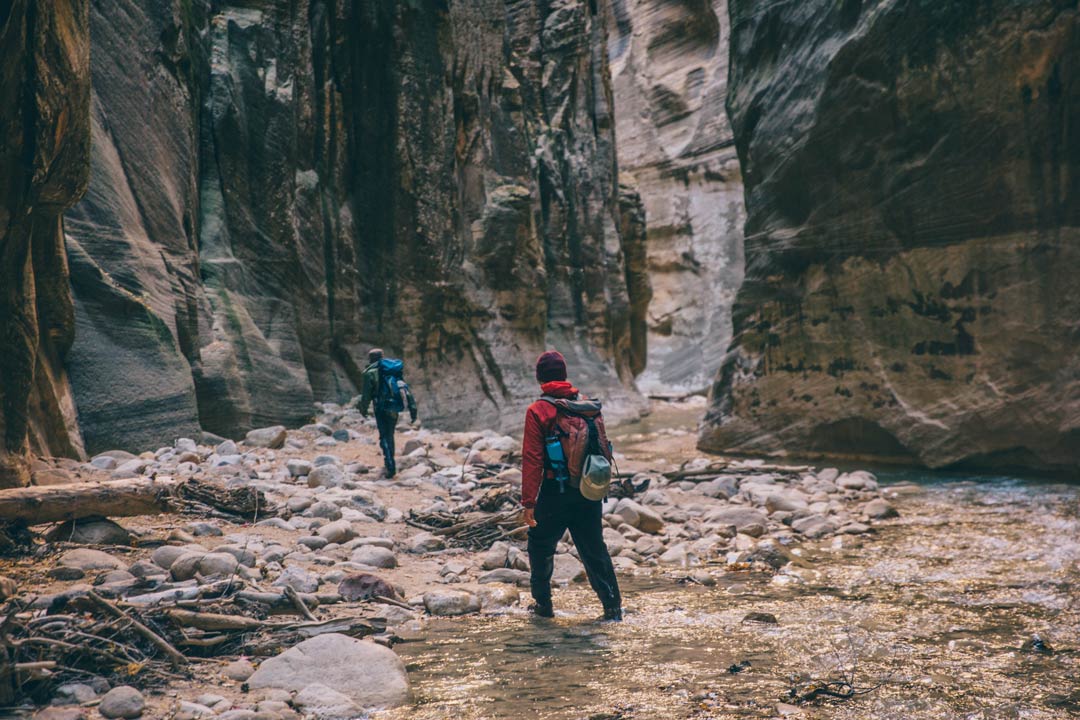 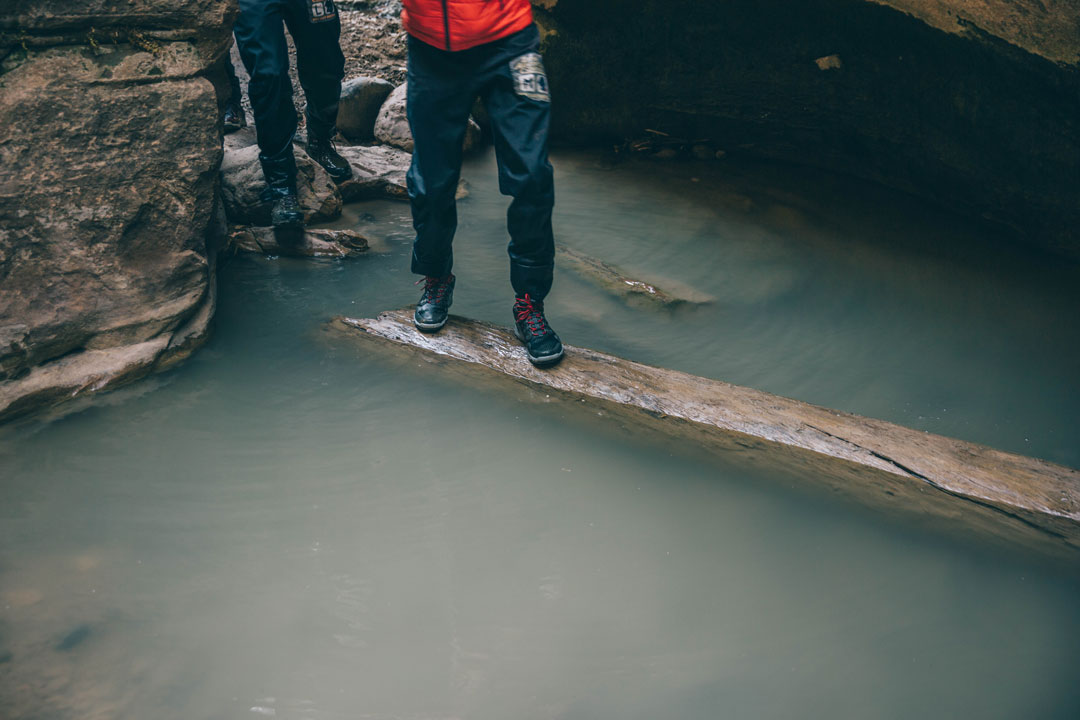 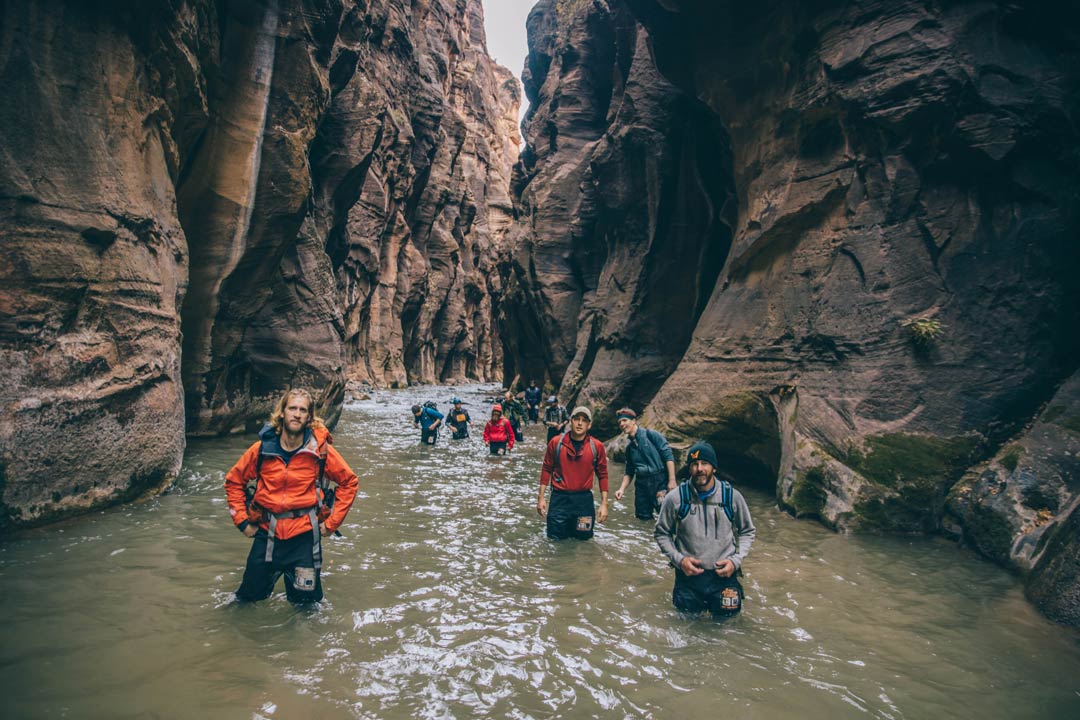 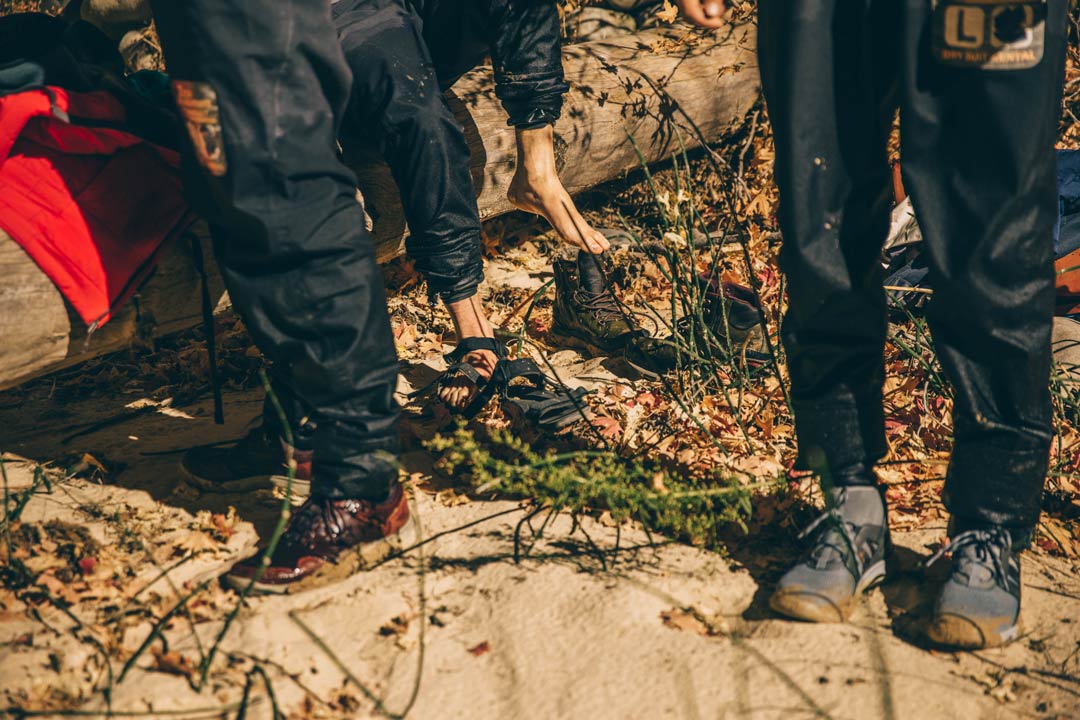 Sunday we hiked again, this time up Angel’s Landing, before heading back to the airport and flying home. Now, a few days later, I’m looking back and grinning ear to ear. The things that make me happiest are people who say ‘yes’ to new things, adventures that push you in new ways, celebrating community, and simplifying my life, starting with stuff I don’t truly need. The less I own, the happier I seem to be, and that’s a pattern I hope to continue.

Shop all of our waterproof Men’s Styles at Teva.com and #StrapIntoFreedom on Instagram @Teva!