With 380 years of combined history (ok, 348 of those belong to Hudson’s Bay Company), heritage is no short supply with our newest collaboration: The Hudson’s Bay X Teva Original Universal and Flip sandals.

With stripes that trace their origins back to the Canadian company’s iconic Hudson’s Bay Point Blanket and a sandal design that comes from Grand Canyon river guides, this is one of our most vibrant projects to date. 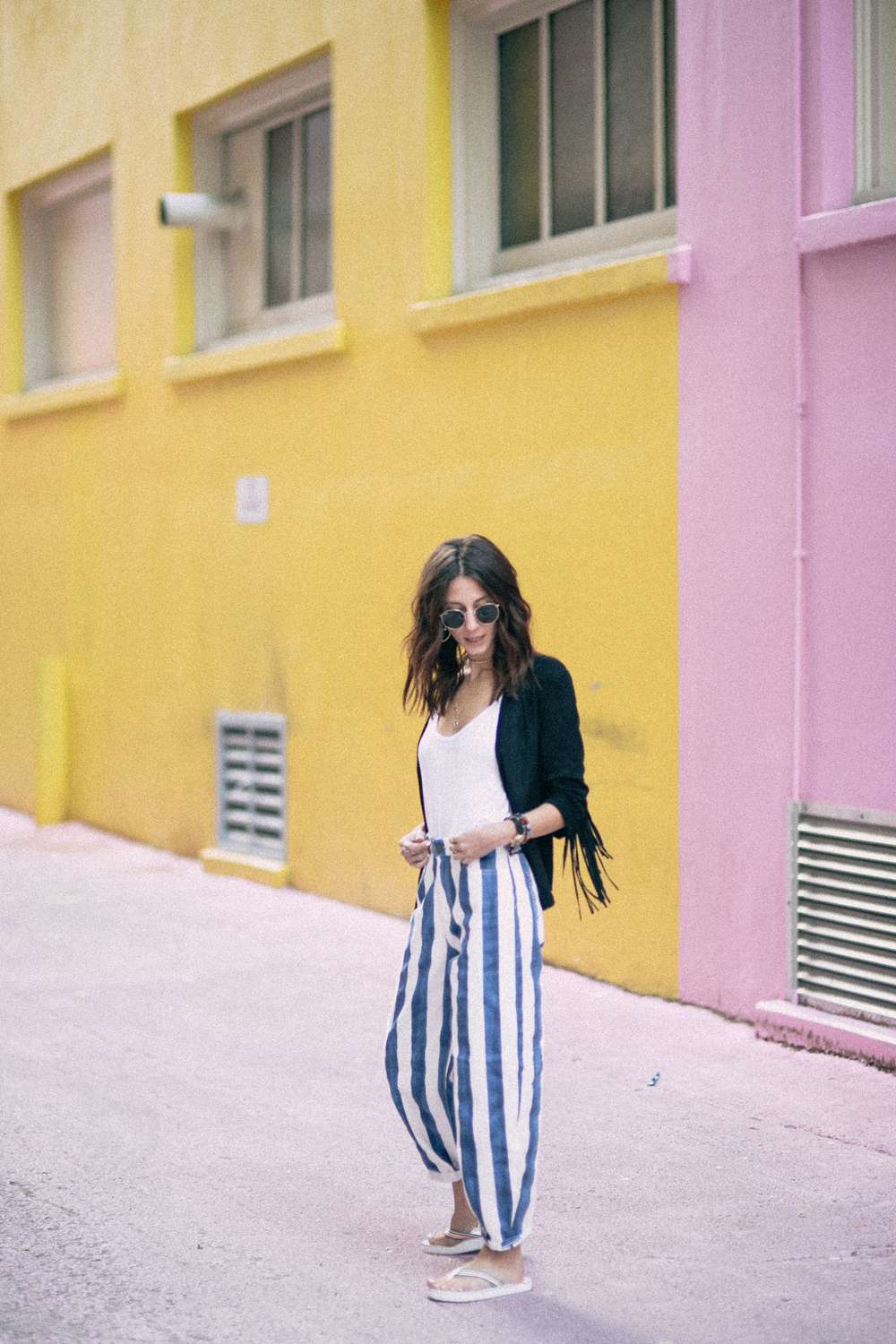 “The Hudson’s Bay Company was in our local mall in West Vancouver,” says Vancouver-born blogger Kiara Schwartz of Tobruck Ave. “I remember it because I loved going there with my mom and grandma; she loved shopping for perfume there.”

“The Hudson’s Bay X Teva collaboration sandals are the perfect reflection of Vancouver street style, and the colors are nostalgic—Hudson’s Bay is an iconic landmark in the city.” 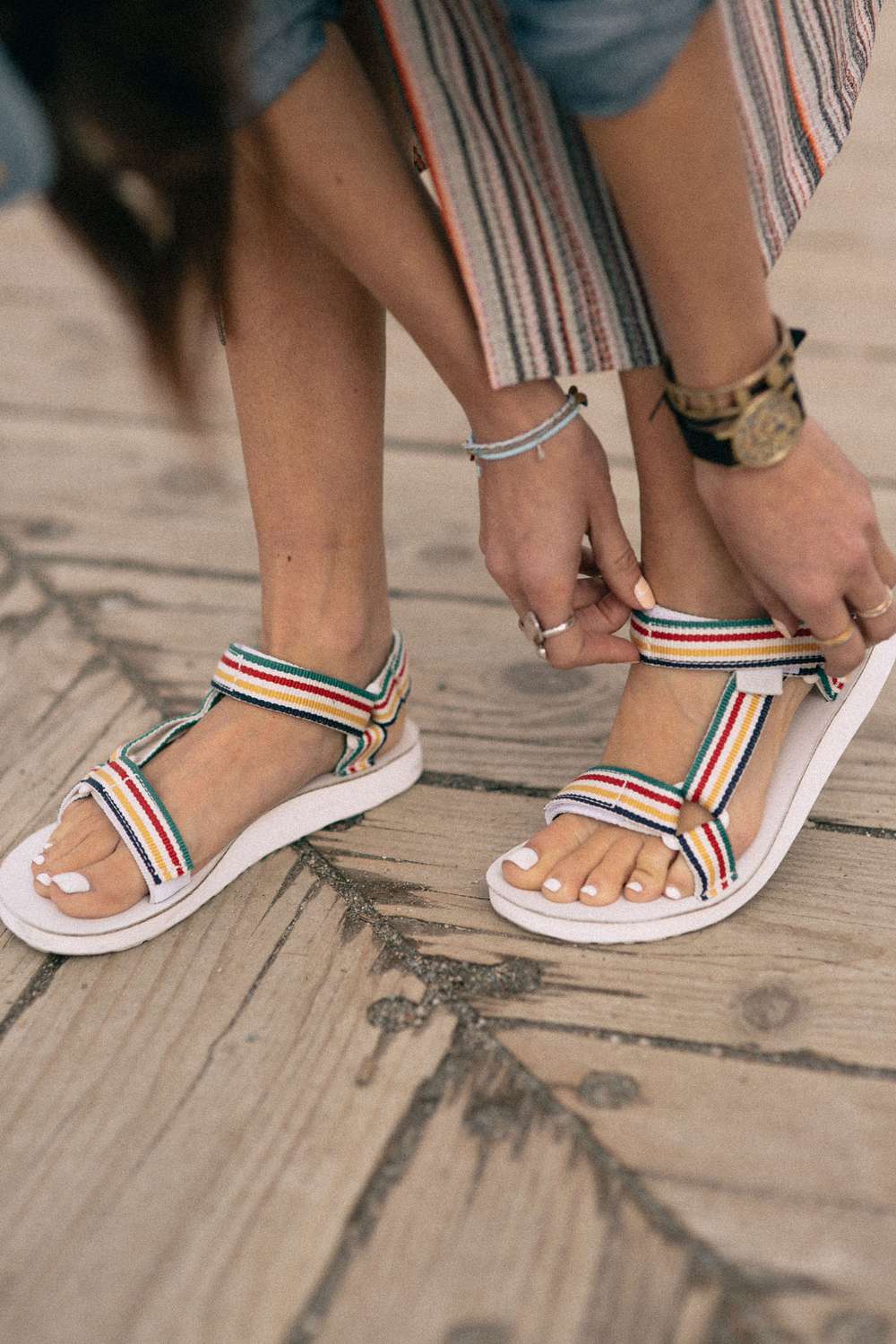 Schwartz says Vancouver itself is a metropolitan melting pot—something that’s influenced her own style.  “I think Vancouver has helped my style evolve into something more adventurous with a city edge,” she says. “Since Vancouver is laid back, the street style reflects that vibe, but the city has a hustle and flow to it.” Here, Schwartz takes her Hudson’s Bay X Teva sandals for a tour of her city’s most iconic landmarks. 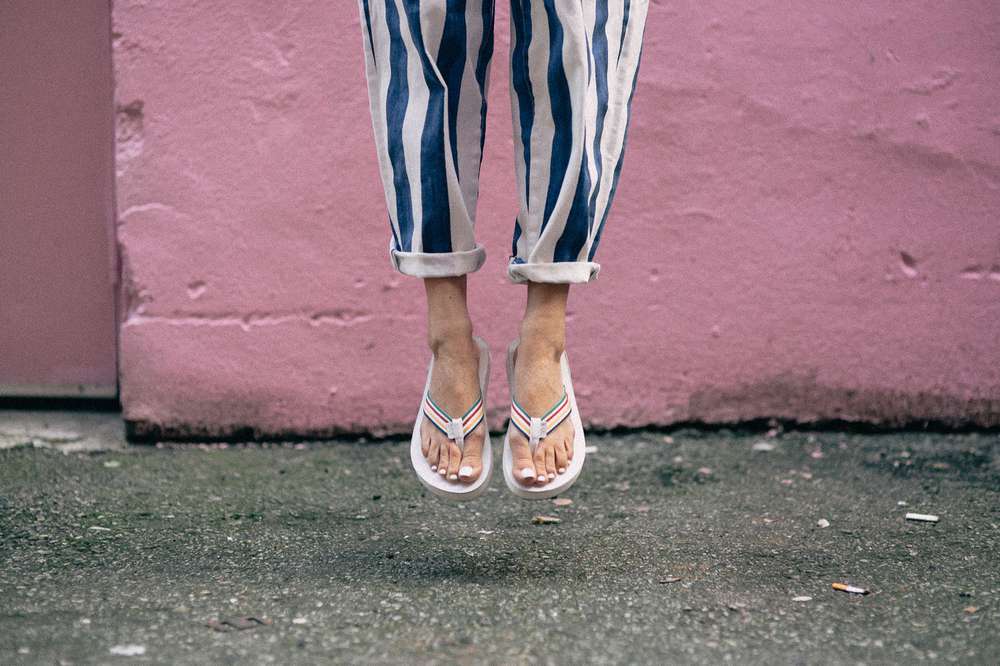 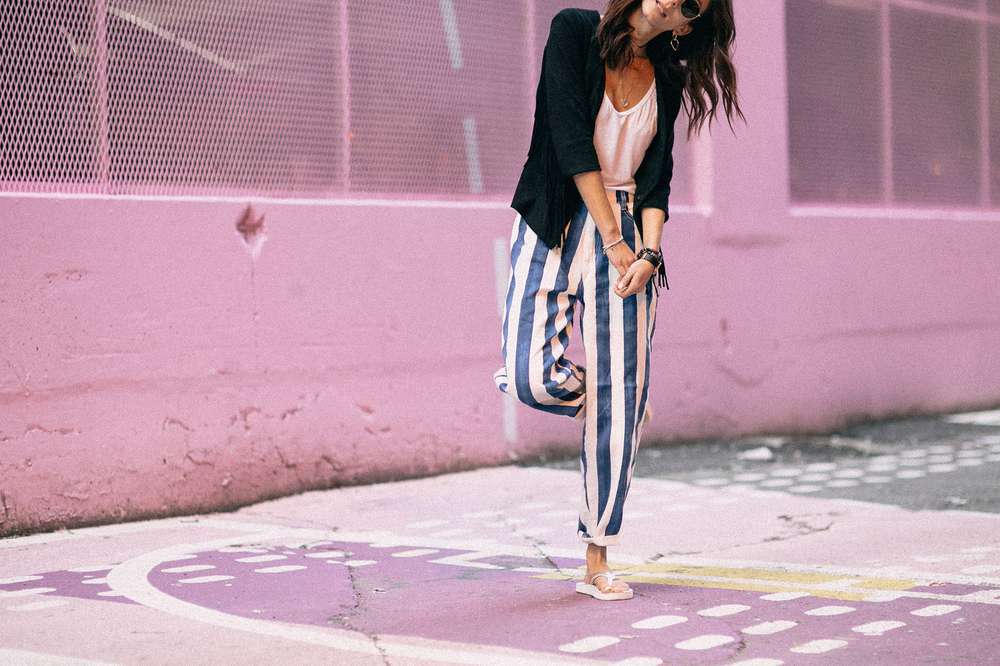 Grandville street is the liveliest street in the city, some might argue. It bustles with shoppers and later it’s host to the main nightlife scene. Within every block there is something iconic and one of my favorite spots is this pink alley. It’s tucked away but very much an artsy attraction now. 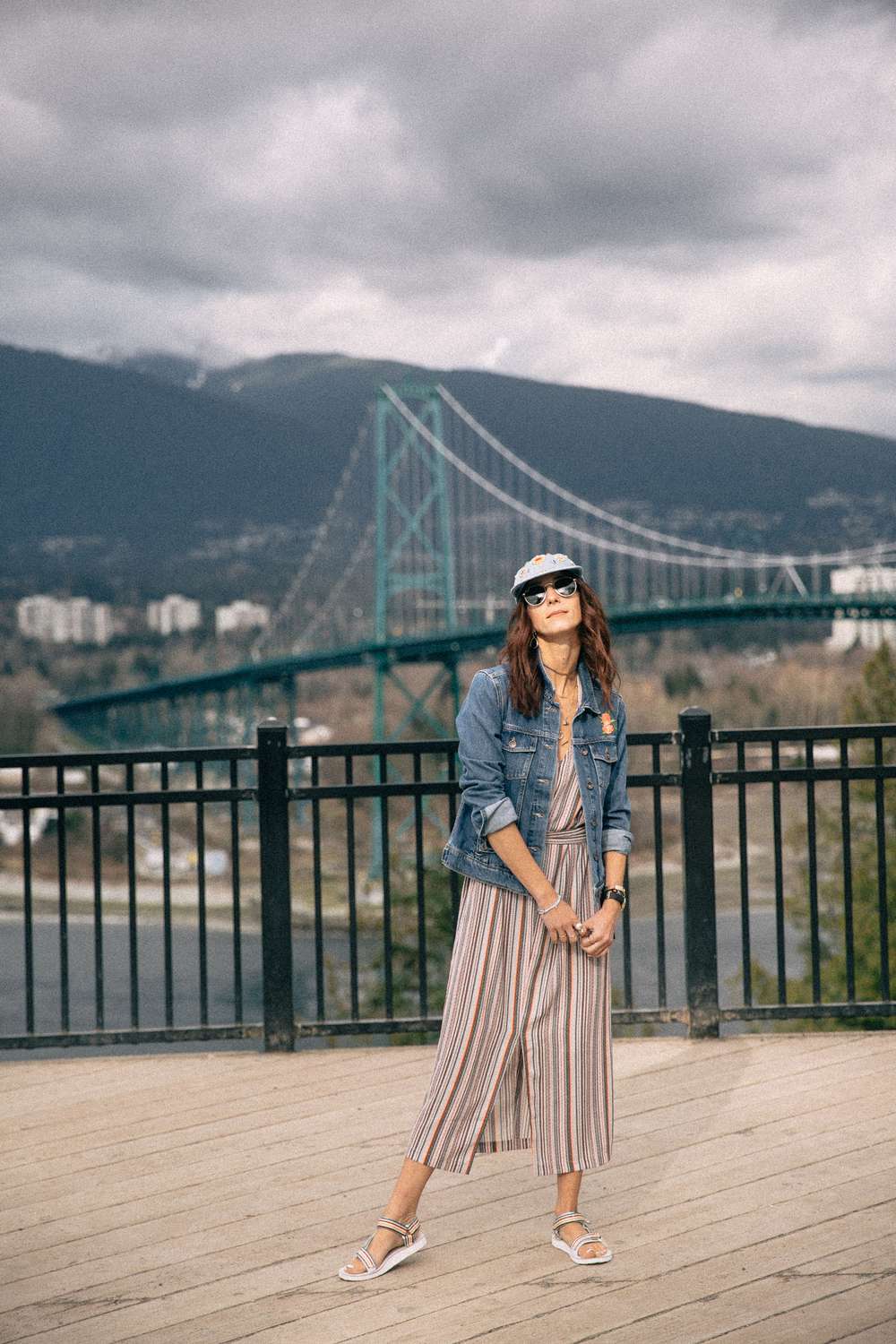 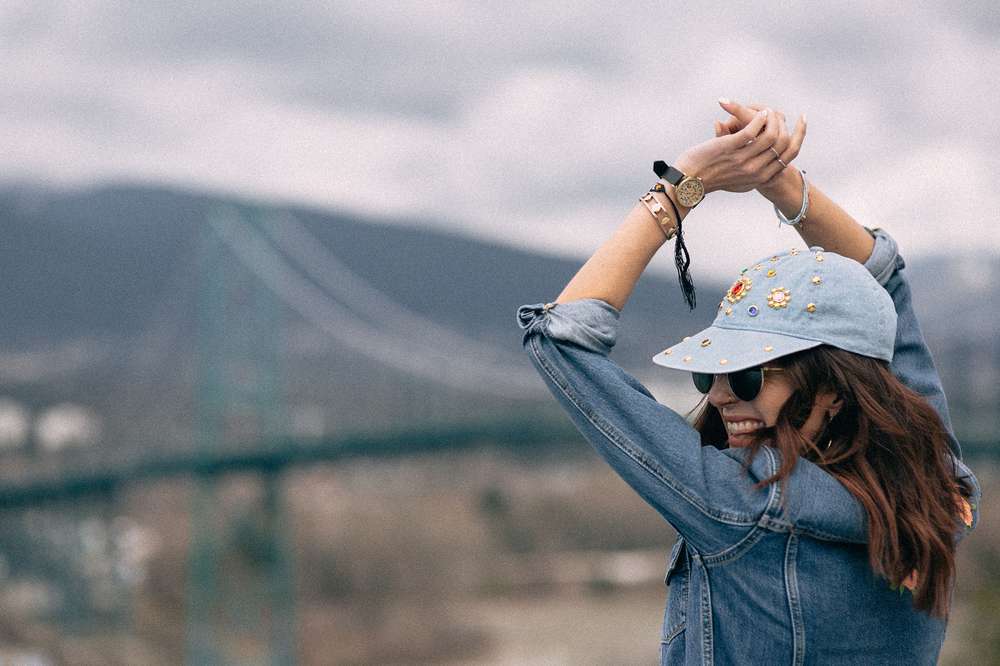 This is the majestic connection between the city and the mountains. To me, it was always such a big deal to cross since I lived on the mountain side when I young, and then again when I came back to the city 10 years ago. Even though the length of the bridge never changed, the city became closer as I grew up. 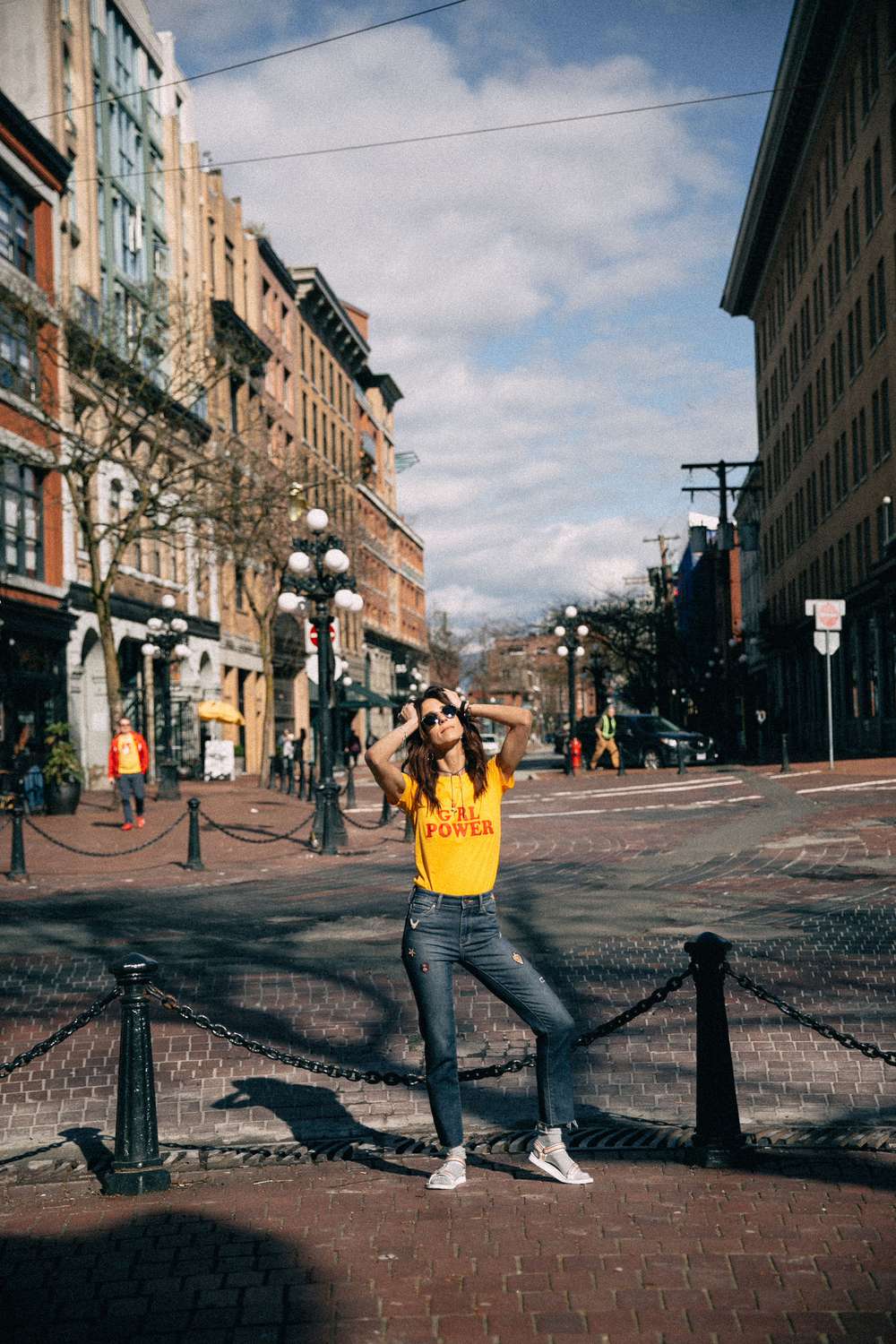 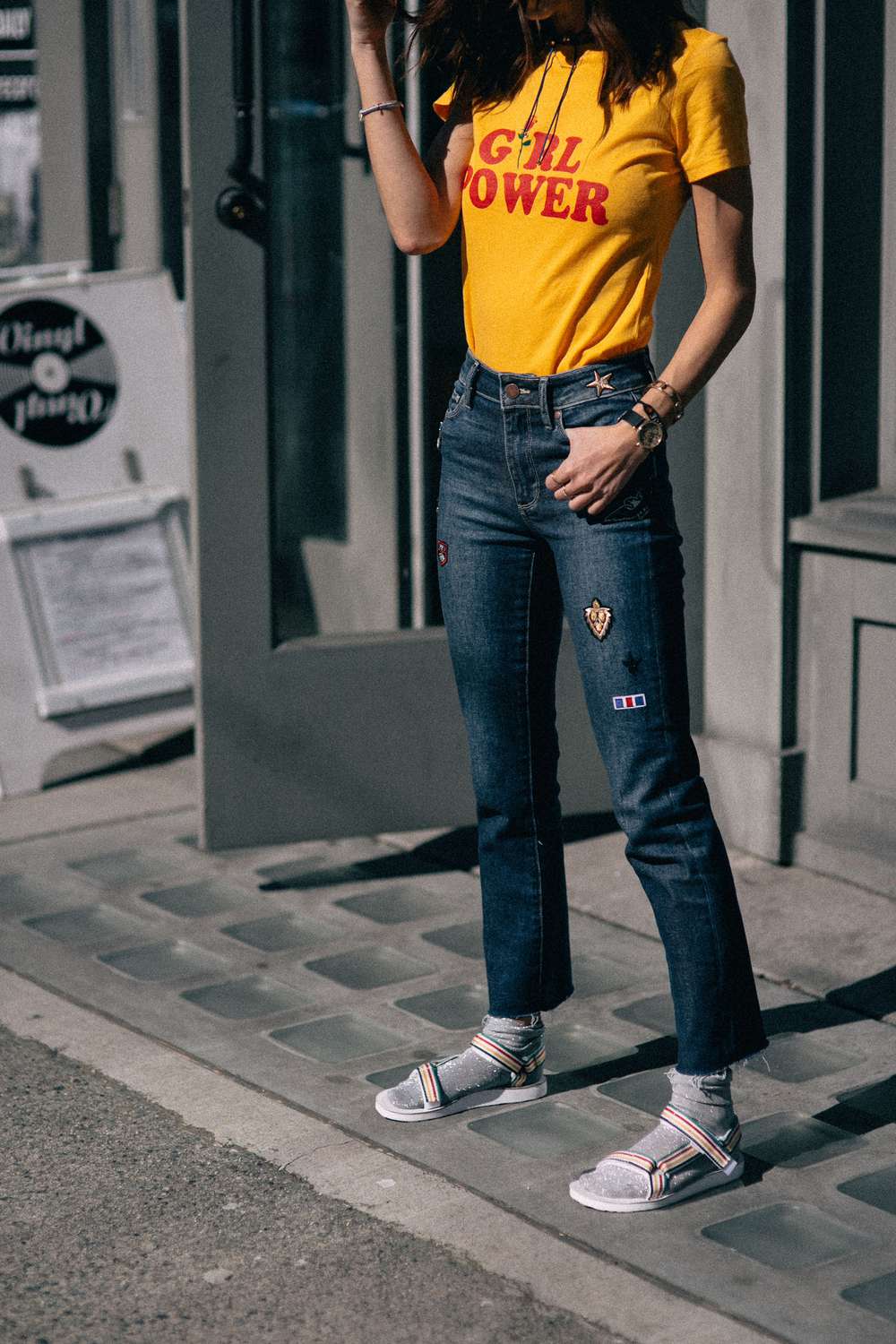 My family visited Gastown every time we came back to Vancouver—it’s the home of the famous Steam Clock that tourists love to photograph. It’s got a great vibe, and it’s the oldest street in the city, so there are cobble stones, amazing brick walls, and of course, the Gassy Jack statue intersection, which is a tourist attraction in itself. 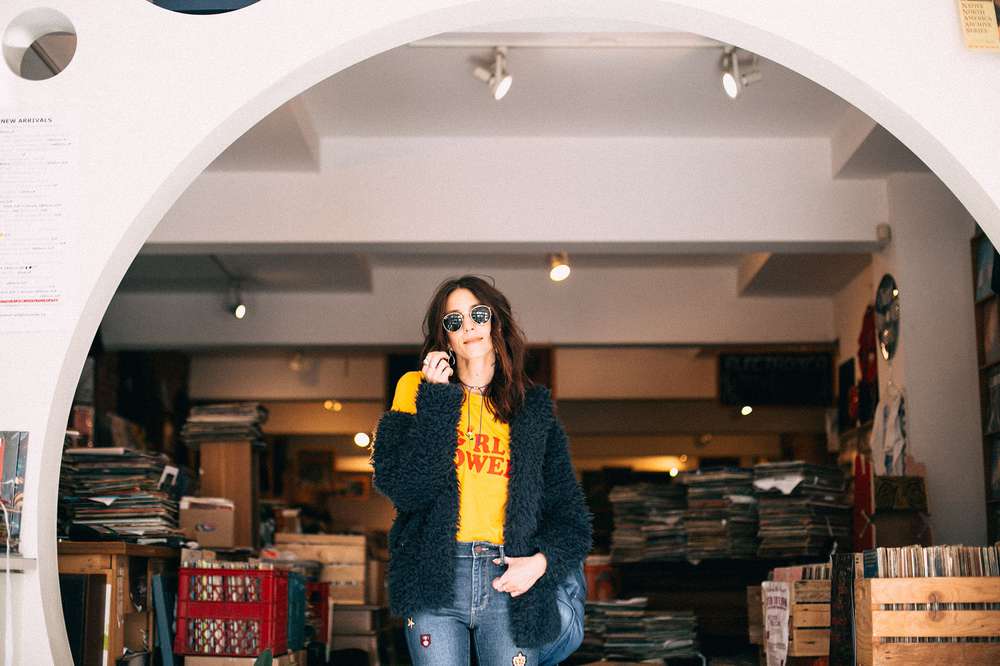 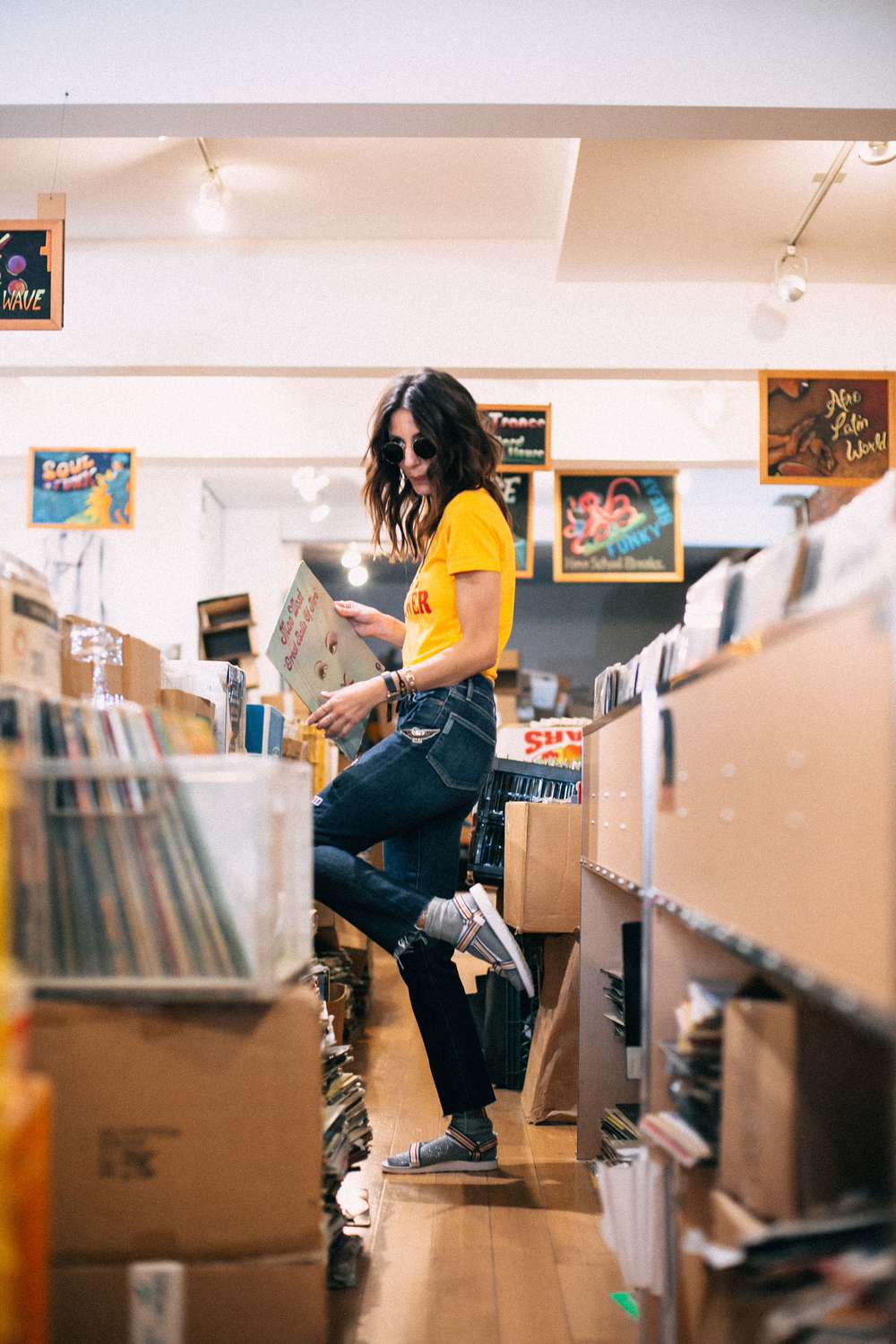 I love music, so this record store is full of memories. With each amazing record, I get nostalgic. I visit this shop often! It’s like an escape for me, the same way going to the library is for some people.

Shop the Hudson’s Bay X Teva collaboration sandals at Teva.com, then show us your #HudsonsBayXTeva look on Instagram @Teva.