Wildlife conservationist Wesley Larson shares the surprising adventures of studying bears in the wilderness and why he believes that humans and animals need each other. Words and Photos by Kylie Fly.

When you meet a guy like Wesley Larson, aka Wes or “Griz Kid,” you learn about a field of work where people do things that aren’t recommended in the wilderness, like crawl into a bear’s den while they’re still hibernating inside. With their cubs.

As a wildlife biologist who’s worked with bears for the past eight years, Wes is often a visitor in the homes and neighborhoods of woodland creatures. His Instagram is an incredible gallery of his experiences with animals: replacing radio collars on hibernating bears in Bryce Canyon National Park, studying polar bears in Arctic Alaska, adopting and rehabilitating a few pet raccoons, helping endangered wild dogs in Africa, and working with golden eagles, northern elephant seals and American alligators.

Each snapshot and caption is a behind-the-scenes peek into the dirty, surprising, and adorable adventures of a wildlife conservationist. It’s evident by the smile on his face and enthusiasm for sharing his work that he believes in the important role of animals within public and wild lands. 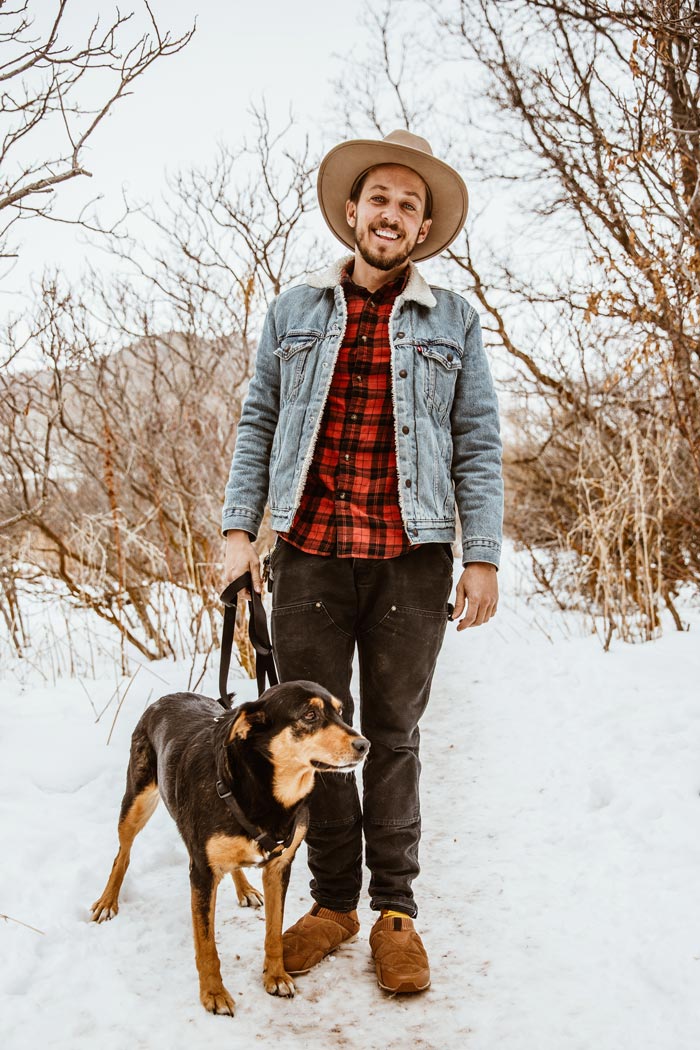 Wesley Larson and his dog, Bryce exploring a nearby trail in Utah. Pictured: Ember Moc Shearling in Pecan. 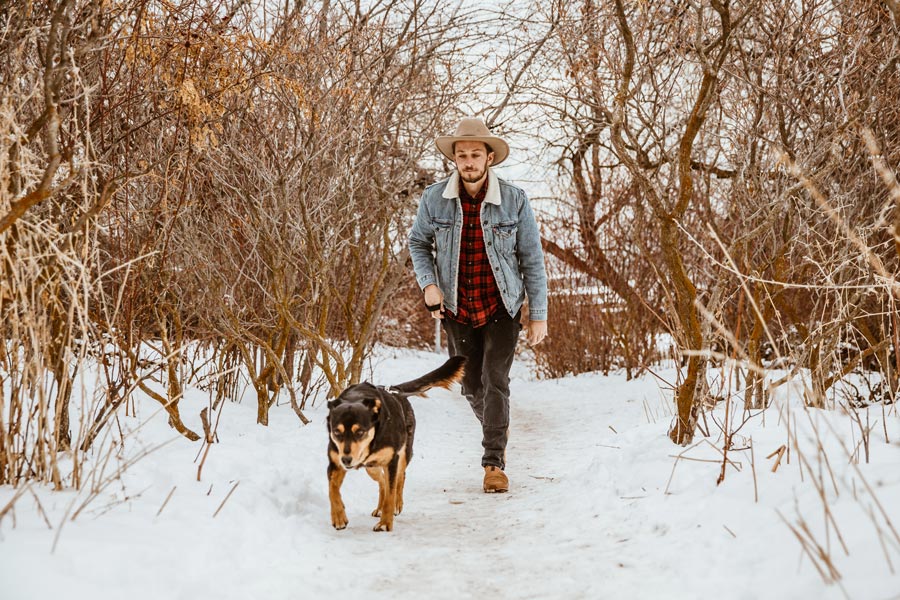 Growing up in Montana, Wes played along the pond edges and forest trails surrounding his family home and buried his nose in books about wildlife and dinosaurs. “I think most kids go through a strong animal obsession phase and mine just never went away,” Wes shared. “While not always comfortable, trips into the wilderness helped me grow in a way that nothing else could.”

Anyone who’s stopped on the side of the road in a national park to marvel at a buffalo or moose crossing can relate to the feeling that wildlife connects us to a primal slice of our existence, reminding us that we are not alone in the world. 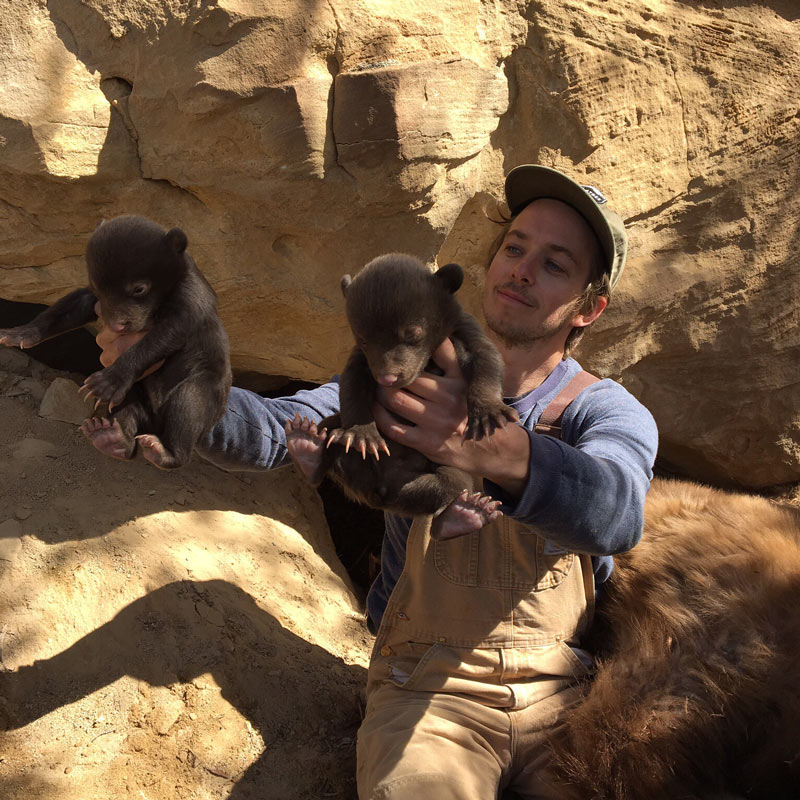 As a wildlife biologist and conservationist, Wesley specializes in working with bears. Photo courtesy of Wesley Larson.

Photographer and Teva Explorer Kylie Fly caught up with Wes in Utah, where he opened up about the importance of wildlife conservation, why humans and animals need each other, and his most life-changing and humbling experiences with animals in nature.

What inspired you to work with wildlife in the conservation space?

WESLEY LARSON: When I was in college, I was on the pre-optometry route. I shadowed an optometrist and hated it. I decided I should do something I was passionate about. I found Dr. Tom Smith at BYU, a professor who had about 30 years of experience with bears. While he was originally hesitant to hire me, I continued to visit his office for months until he finally gave me a job, and then a spot as a master’s student. I wanted to work in bear conservation because bears require large unbroken areas of wilderness, so conserving bears means conserving wilderness. 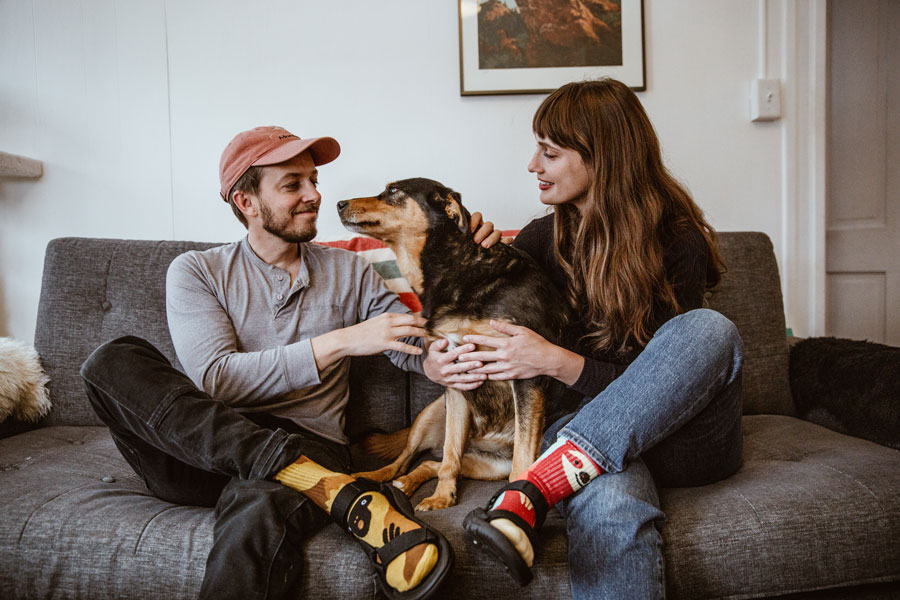 Wesley at home in Salt Lake City, Utah with one of the many pets he’s had over the years. 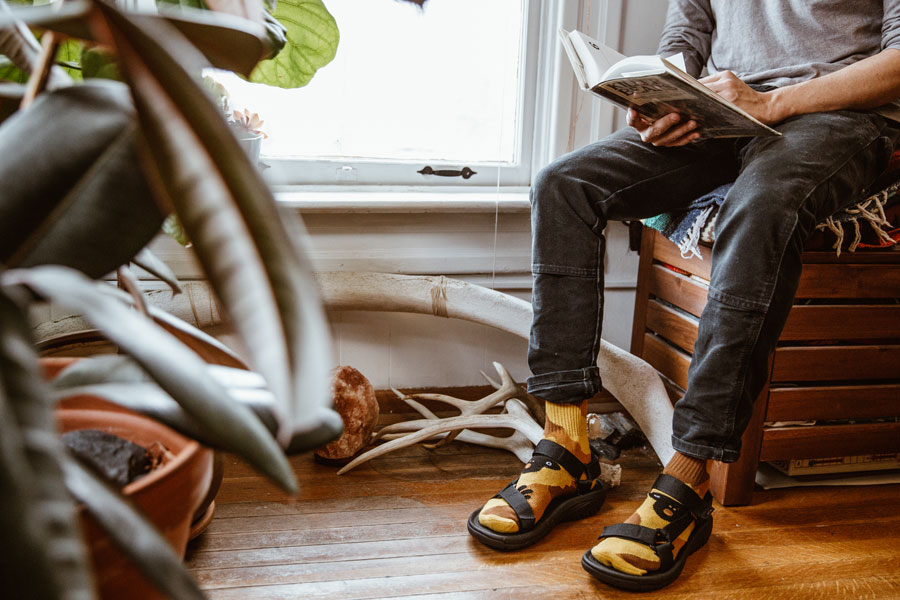 Take us to a place where humans aren’t supposed to be: the inside of an occupied bear den. What’s it like?

Crawling inside of a bear den while a bear is inside requires you to suppress a lot of primal instincts that are screaming: you’re somewhere that you aren’t supposed to be. Having an in-depth understanding of bear behavior makes going into a den a lot more comfortable. You will know when the bear is OK with you sharing its space and when you might need to leave. Dens are generally tight, dark, a bit smelly and made in natural crevices in rocks or tree roots.

What does a day in the life of a wildlife biologist look like?

Most days are office days and I’ll either be writing, reading, fundraising or data crunching. Field work is my favorite part of the job. On field days we are out collecting data: that could mean riding snowmobiles to polar bear dens, trapping black bears to place a GPS collar on them, or entering black bear dens to check on those collars and look for cubs. 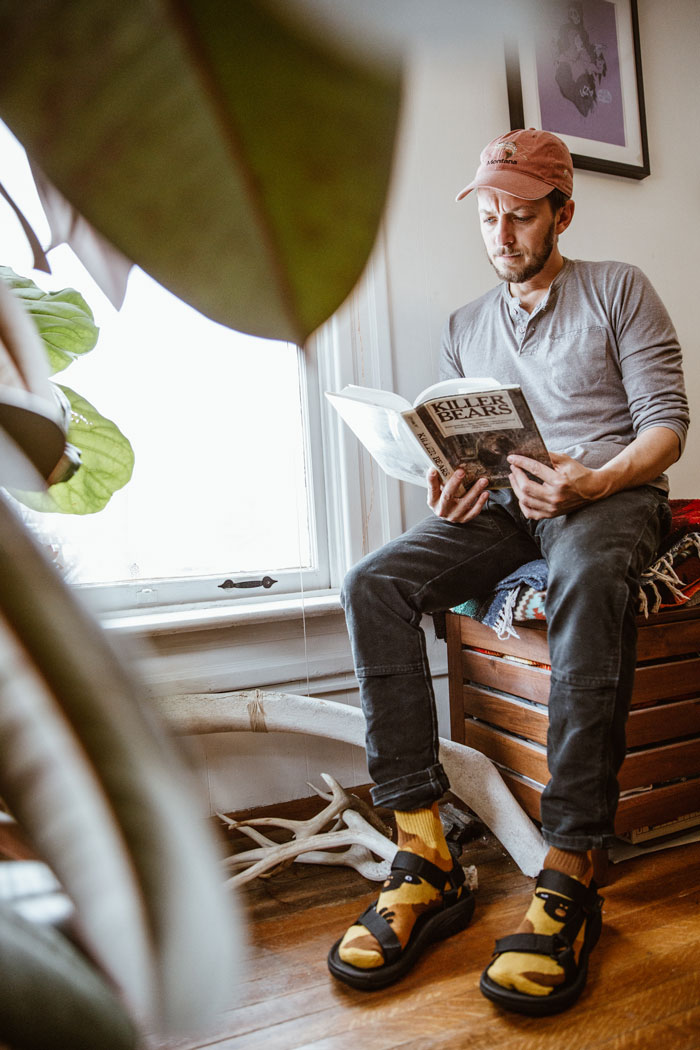 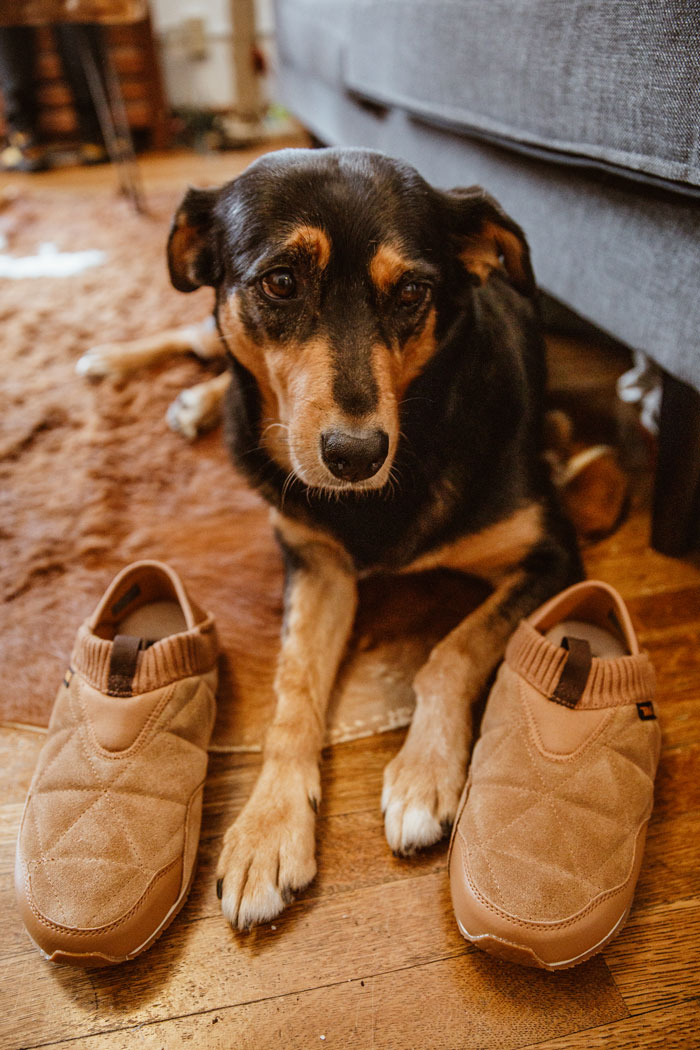 What makes wild spaces wild, and why is it important to protect them?

For me, a wild space is one that has a complete ecosystem that supports predators and prey and is free from large-scale human interference. They are important not only because they give wildlife a place to thrive, but they also give humans a location to connect with nature in a deeper way. Some of the most life-changing, challenging and important experiences I have had have been in the wilderness. Therefore, I see a lot of value in protecting those kinds of places.

Tell us about polar bears you’ve studied! How has the global climate crisis impacted their life?

Polar bears are animals that are completely dependent on the sea ice. They use it for shelter, for travel and most importantly for hunting. Without stable sea ice conditions, it is really difficult for polar bears to find and catch their main prey item, seals. As the climate crisis worsens, sea ice is melting earlier and freezing later. Polar bears end up spending more and more time on land fasting. This increased fasting period has resulted in skinnier bears and reduced litter size and ultimately cub survival. We are starting to see a reduction in polar bear populations as well. 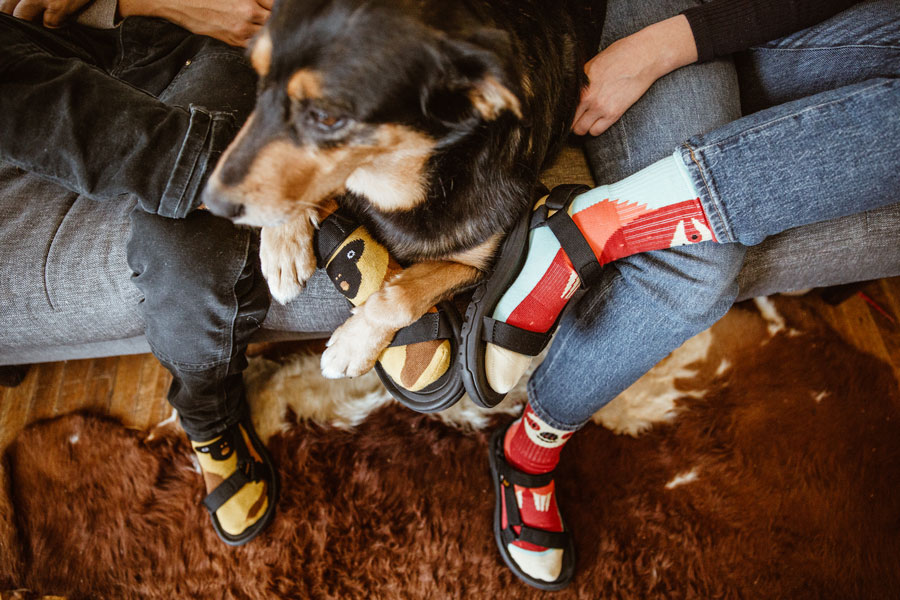 Wesley started Socks for Animals, providing animal enthusiasts a way to support wildlife conservation and learn about unique species. A percentage of sales from each sock design goes directly to researchers working with the featured animal in the wild. 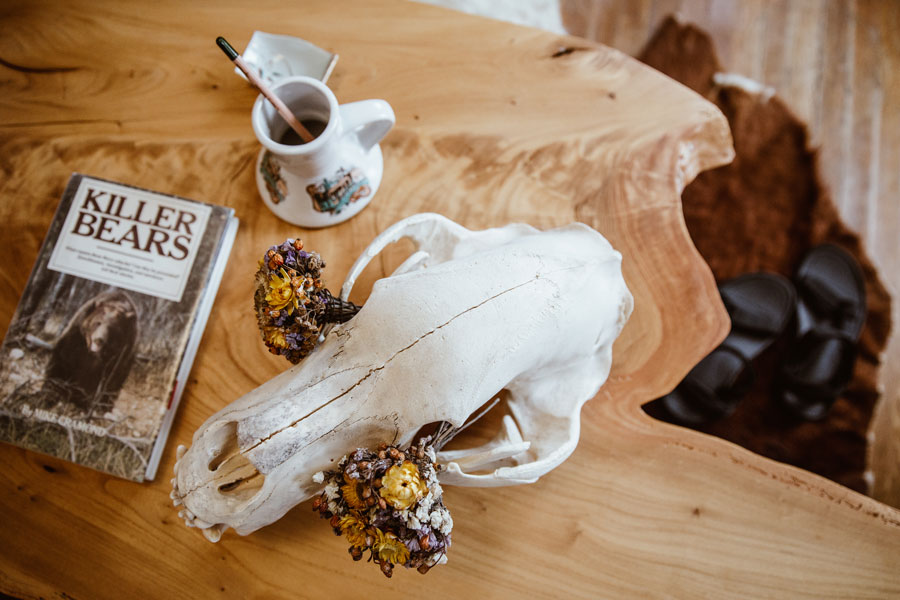 What have your experiences with animals taught you about the natural world?

Animals represent a really pure view into the natural world and the ecosystems they inhabit. When we can preserve those systems in a relatively pristine manner, we can observe natural interactions and understand how connected all of the species are within a given environment.

We also fit into that connection. Being able to understand how humans are part of our environment gives you humility and an appreciation for something larger than ourselves. By studying animals I have been able to learn a lot more about my place in nature and how positive that kind of relationship can be for my own-well being and mental health. Wildlife and wilderness has brought me more joy than anything else in my life. 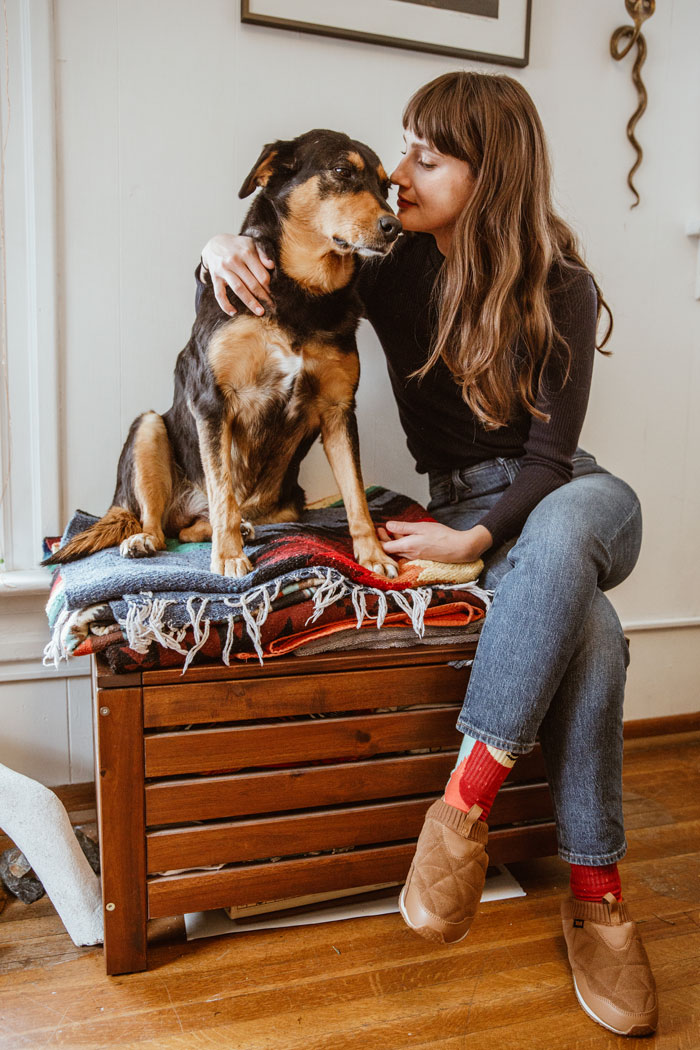 Cozy in the Ember Moc Shearling in Pecan. 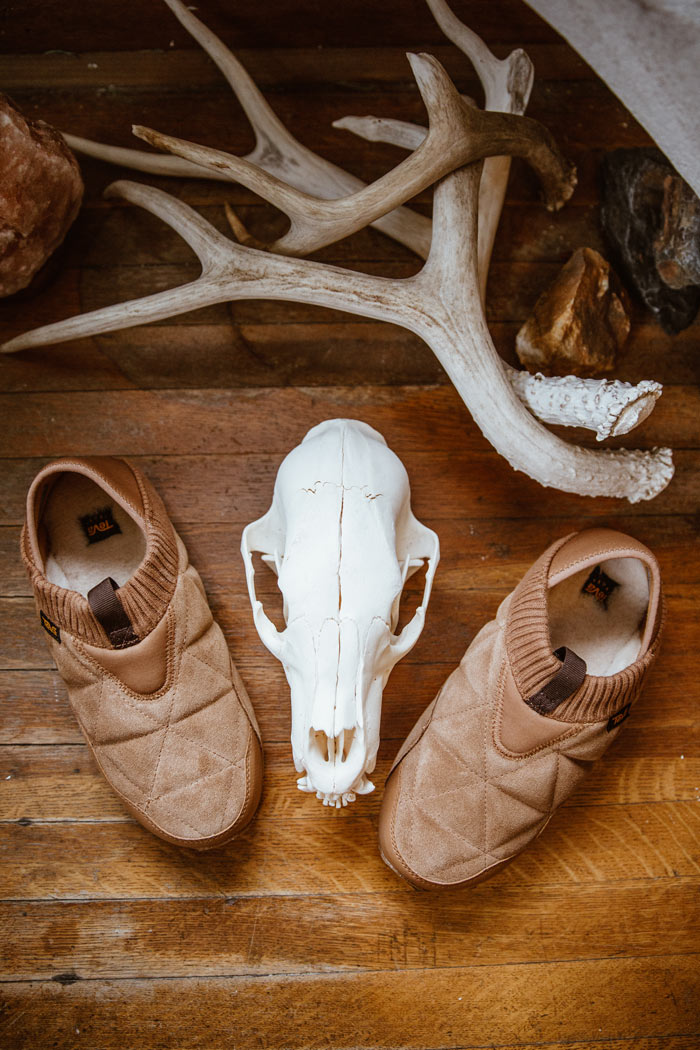 How can humans re-establish authentic connections to wildlife?

We are often much more connected to wildlife than we realize. While humans typically don’t see themselves as a player in natural ecosystems, we definitely impact them. Historically, we played more of a traditional role in them as well. When we can re-establish that kind of connection to the different animals, plants, and resources that make up our natural environments, we can get in touch with some incredible feelings and instincts that many of us have suppressed for a long time. Wildlife is key to re-forging those connections.

How can we be better advocates for wildlife and support their conservation?

There are a lot of things we can do! The first thing that comes to mind is to be more eco-conscious when buying products. For example, don’t buy items with palm oil or rainforest timber or buy meat that comes from sustainable and ethical ranches. We can also vote for representatives that have the health of the planet as one of their main priorities. Finally, we can re-establish a connection with nature by getting outside as much as possible. When you have that connection, you will naturally do what you can to protect it! 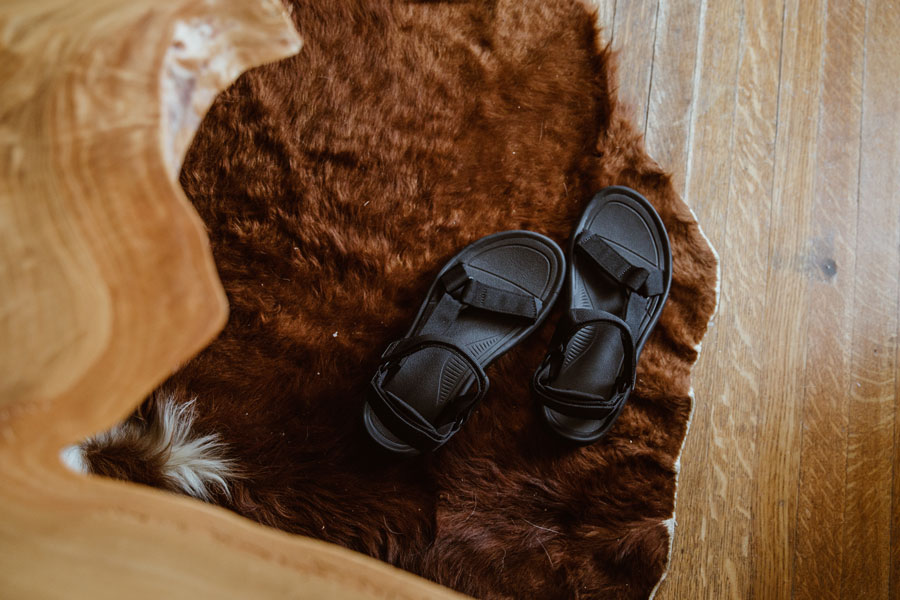 Shop the latest Ember Moc styles and Sandals at Teva.com!