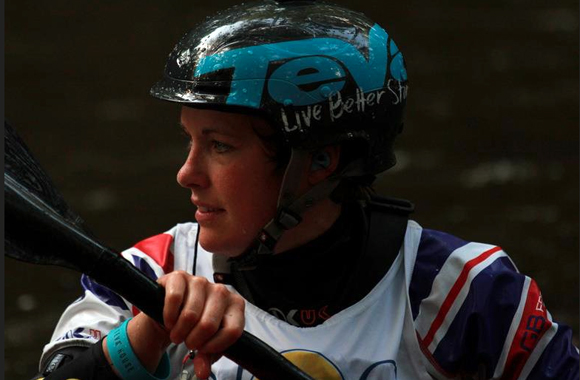 I just got back to the UK following a fantastic two month freestyle tour of the East Coast of Canada and the USA. Starting in Canada my training began on the Ottawa river where I spent two weeks working on my wave and mystery skills. Surfing garb, push button, corner wave and baby face and sinking on the world class squirt boating eddy line ‘smoothie’ (just above McCoy’s) everyday, I had the chance to really develop and hone some of my wave moves and improve my mystery techniques. Then it was time to head south to America to compete in the 2012 World Cup series.

The ICF Freestyle Kayak World Cup is a three part series in which athletes compete in three separate competitions. At each competition the athletes are rewarded points for their final standings/rankings and the paddler with the most points at the end of the series wins the World Cup.

Arriving just in time for one practice session before the start of the first competition at Rock Island, Tennessee, I was pleased to finish 6th in the freestyle event and secure my first Gold and 100 points of the series in the squirt boating event. The next competition took place at a newly built hole on the Pigeon river, Tennessee. Again the opportunity to practice was very limited but this time I managed to make it work, finishing first and winning gold in both freestyle and squirt.

The 3rd and final event was held at the Nantahala Outdoor Centre (NOC) in North Carolina, which will also be the site of the World Championships in September 2013. An important venue in freestyle this event had competitors from more than 17 countries and five continents turn out to compete. With live streamed action, big screens and spectators lining the banks this was a big event. This time we had plenty of time to practice and it was great to have the chance to figure out and get to know the feature before the competition began. Again, I had a great event securing two gold medals with first place finishes in both the squirt boating and freestyle events. The men’s and ladie’s freestyle finals were insane. It was one of the most exciting finals I’ve competed in yet. With the highest scores of the series and everyone raising their game in each round, the positions were constantly changing, as we all battled hard, and the winner wasn’t decided right until the very end.

In the end I was extremely happy with my World Cup results; with five out of six wins. I finished 1st overall in Squirt Boating and 2nd overall in freestyle, in my first World Cup series, a very enjoyable series of events.

Straight after the World Cup finals the adventures continued as I paddled the Green River and then traveled to West Virginia to squirt boat on some of the world’s best mystery spots and paddle the incredible New and Gauley rivers. While I was there I also got to experience the Gauley Festival, a massive gathering of paddlers and festival of all things kayaking during the second week of annual releases on this brilliant whitewater river.

During my trip I also had chance to do some coaching with the OKS Keeners and World Kayak and visit the Jackson Kayak factory, where I got to test out the New 2013 Star, and Murky Water Kayaks, where I picked up my funky new super low volume squirt boat the ‘Slip’.

I am now back in the UK for a few months as I begin training for the World Championships back out at the NOC in September 2013.

For more detailed write ups on my adventures including photos and videos check out www.claireohara.co.uk